At home with... Amber and Rob Kirby

Rob and Amber Kirby in their kitchen. | Vicki McLeod

Santa Catalina is a small area of Palma, but it’s full of good restaurants, interesting people, and plenty of gossip! So when a mysterious couple from Britain bought a restaurant which then stood empty for more than a year the local interest was piqued: who are these people, what kind of food will they serve, but mostly, where are they and why haven’t they opened yet? So to say that I have been very curious to meet Rob and Amber for some time would be an understatement. "Why are you here?" I ask Amber, when her eyes widen and she instantly replies, "Who wouldn’t want to be here?!" I know I have found Mallorca’s newest and biggest fan.

Rob and Amber have owned a small holiday flat in Santa Ponsa for eight years so it wasn’t a surprise to Amber when Rob booked flights for them to come over to the island as soon as they could enter Mallorca after the lockdown in 2020. What was a surprise however were the estate agent viewings he had booked for them to visit potential restaurant locations. After seeing several they found their location in the centre of Palma. It wasn’t a completely crazy idea, Rob Kirby has been a chef for over 40 years, a regular contributor on BBC Television, is an award winning author of 3 cookbooks, cooked for the British Royal Family and is a fellow of the Royal Academy of Culinary Arts. His wife Amber who can also “rattle a pan pretty well”, is a co-author with Rob,and has decades of experience in the hospitality industry under her belt. The couple met when Amber was working for a supplier, Del Monte, and trying to secure Rob as a client, "He never bought anything from me!" but instead the couple have three grown up children between them. As for many of us the pandemic was a life changing experience for them, "Rob and I didn’t want to stay in England anymore, but we wanted to work together," Amber tells me, "After seeing the building we went home and made a list of pros and cons, and the decision was made." 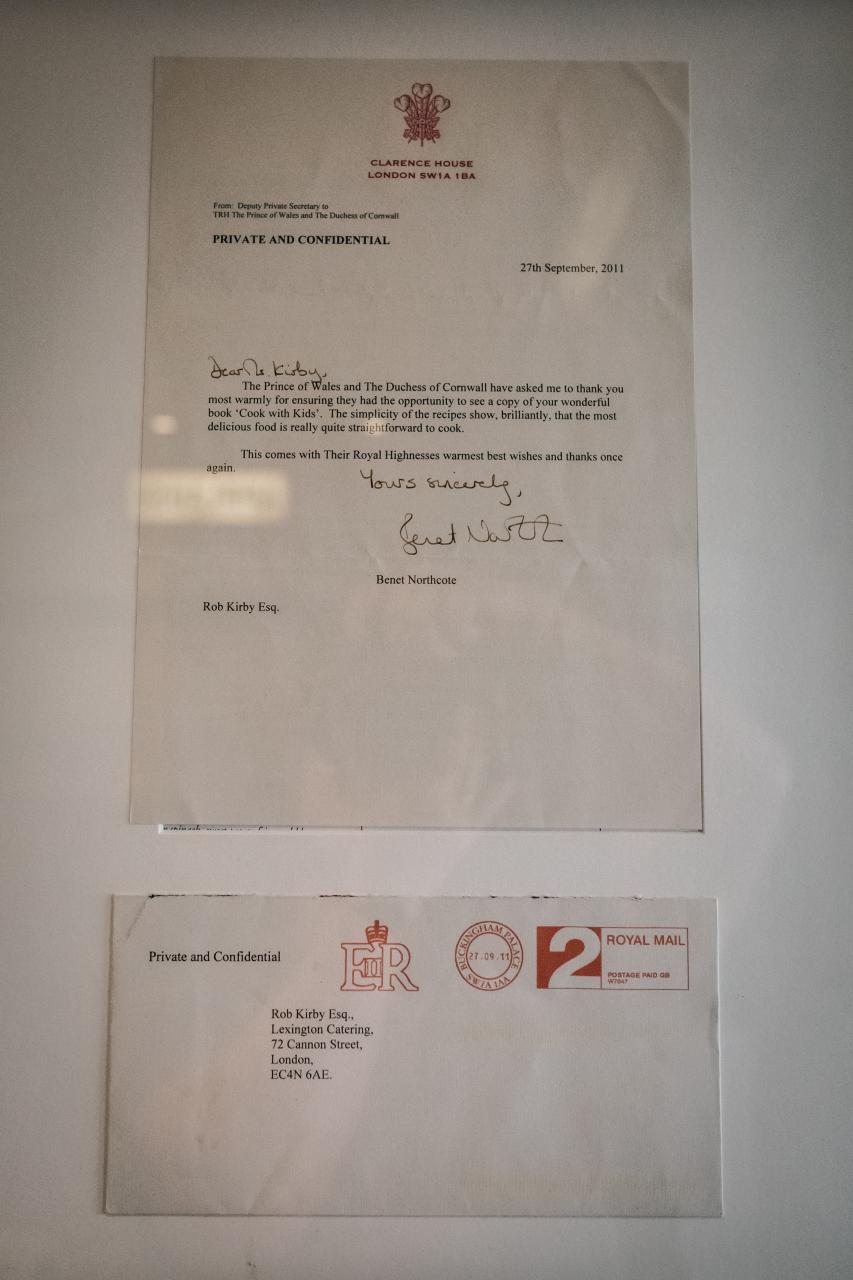 The B word, Brexit

But the excitement about buying a restaurant in Palma was soon challenged by the realisation that they would not be able to move in time to fall within the residency laws following Brexit, and the hunt was on for another way to make it work. Amber discovered that she had the right to an Irish passport but even then it was another ten months of paperwork, delays and hoping before she got her hands on the magical burgundy document. Finally they were ready to move last December, and they quickly set to work filling Market Kitchen with their own personalities and souvenirs. On the walls you will see a personal letter from The Prince of Wales and Duchess of Cornwall congratulating Rob on his book Cook with Kids. On another wall you will see neon artwork by artist Iluminati and signed by Paul Cook, the drummer from the Sex Pistols, who Rob convinced over a couple of drinks to sign for him. There’s a strong punk vibe which I feel comes from Rob who grew up in North London in the 70s. There is a tribute to Amy Winehouse outside of the restaurant, and signed photos of Madness and The Specials hang above diners’ heads inside. "The cushions on the chairs are from our apartment, I really wanted people to feel like they were coming into our home," says Amber. 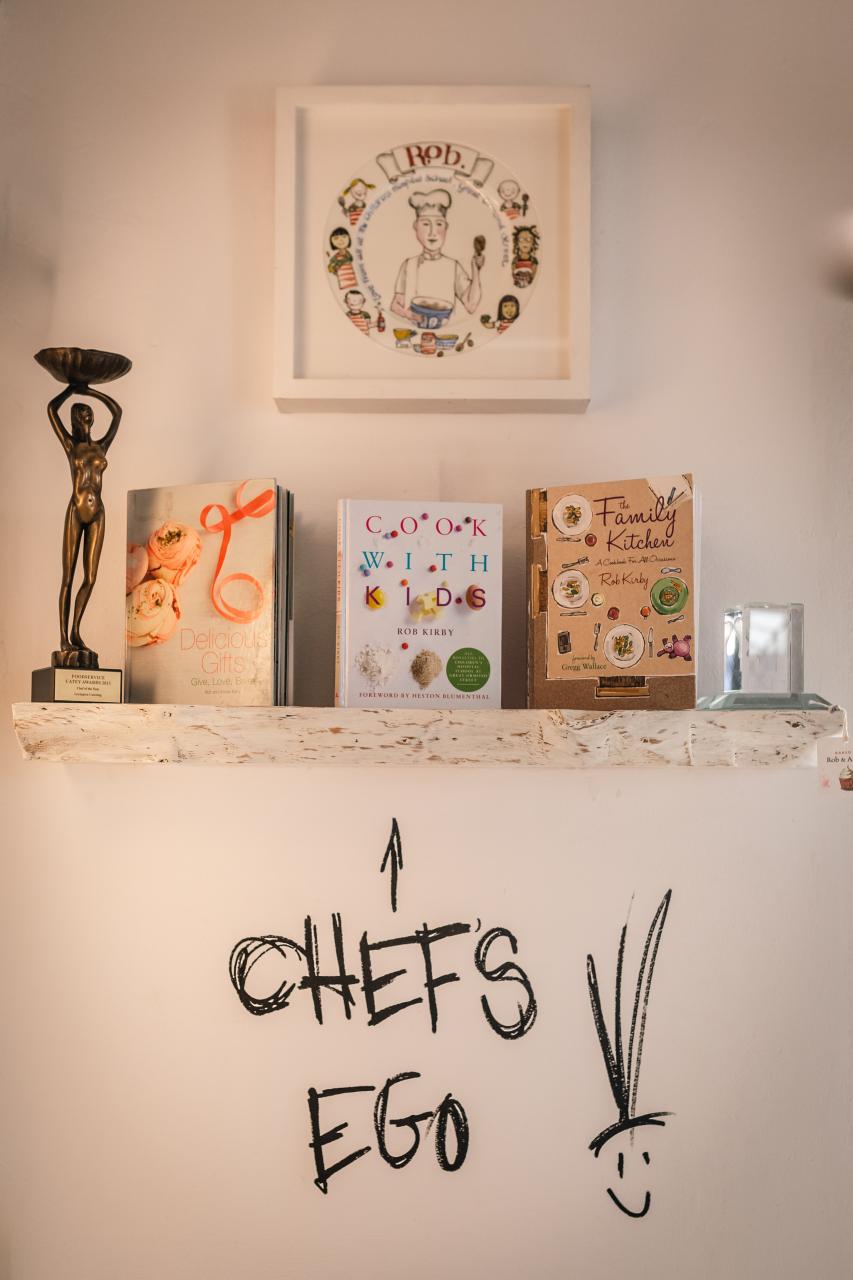 How can a restaurant go from standing empty for almost two years to being packed out on a Sunday afternoon after only a month being open? For the answer to that we should look to the quality of the food that Rob is turning out, and the bubbly welcome from Amber. They are virtually unknown on the island, but are already creating a buzz and loyal fanbase for their British food using local produce. Take a glance at the menu: "Proper Fish and Chips" (make sure you say that with a London accent by the way) with a Mallorcan twist: the beer batter is made with Estrella Rosa Blanca, a Spanish hoppy beer. Or skip to pudding and check out the British Lemon Posset which is made with local organic lemons and served with a Macaroon made with local Mallorcan almonds. There is still some discussion about what the correct Spanish word for "gravy" might be, "jus", "salsa"? And how on earth do you translate Yorkshire Pudding? But it doesn’t seem to matter because they have just as many Spanish clients coming to eat Sunday lunch as they do Brits. "The concept, and the name just comes from the fact we are directly opposite the market and we get all of our produce from there. We wanted to use good local food, and we are doing exactly that."

How are they settling in? I ask Amber, are they making friends? "We have been very welcomed and we have made friends already with some other restaurant owners. The only thing I am missing is the kids, but when they come to visit us we have the best time together, it’s real quality time you know?" What’s the secret to their happiness as a couple? Rob has the last words, "Being best friends, laughter, don’t take yourself too seriously, forgiveness and trust". 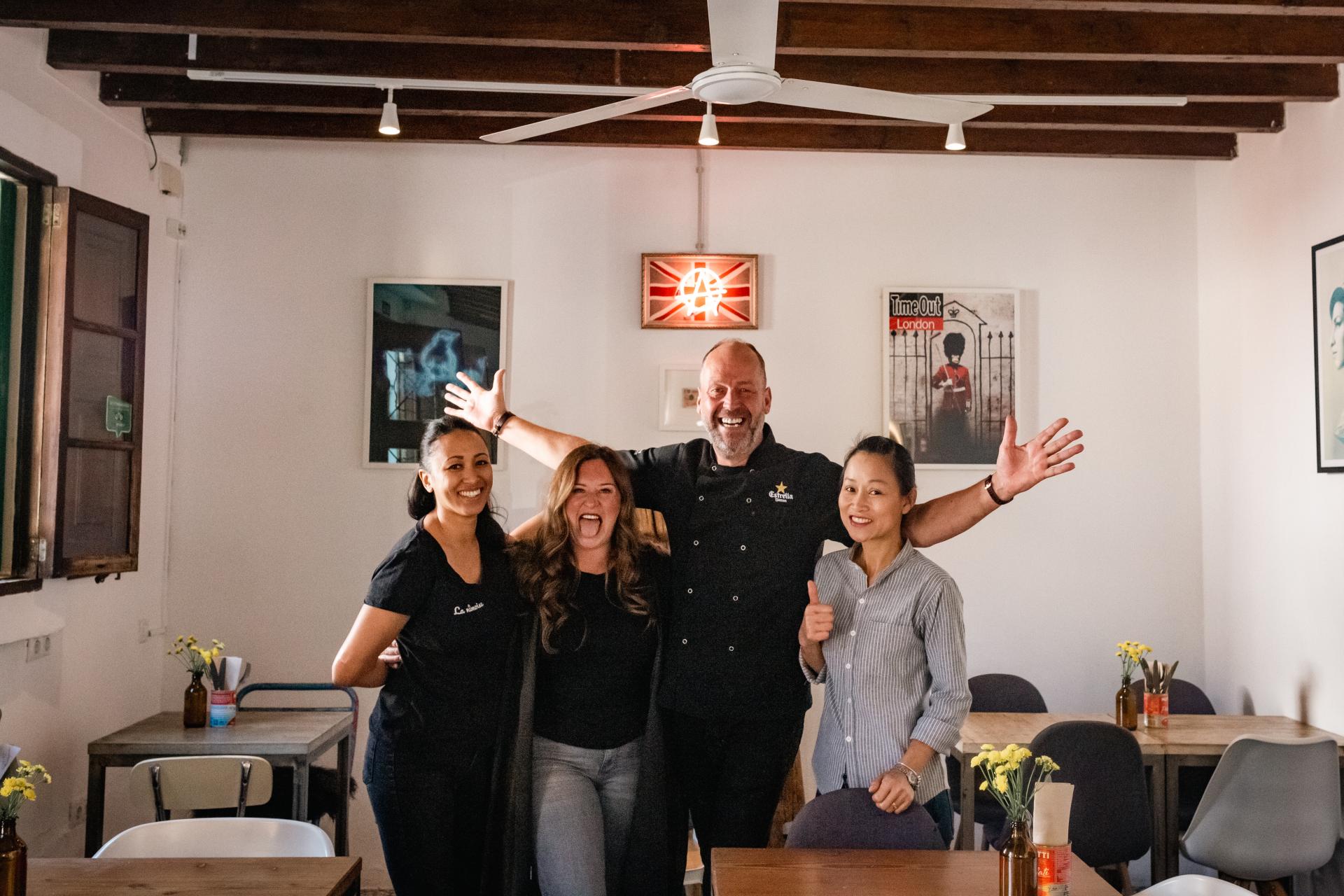 You can see more about them at marketkitchenpalma.com. Best of luck to these two newcomers to the island, I wish them every success, they are certainly working hard and chasing their dreams. 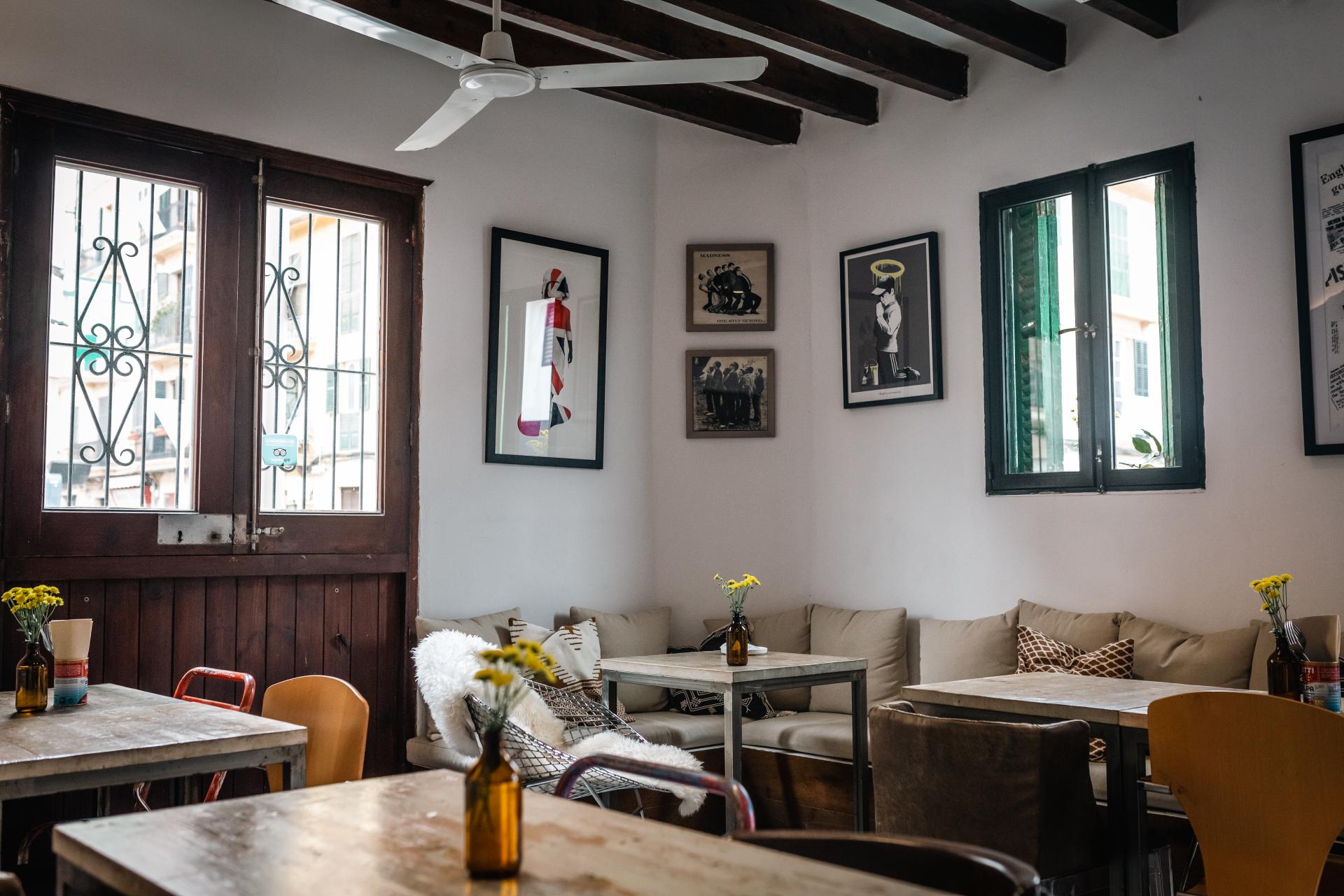 Go for unique pieces which express your personality and don’t be afraid! Local artist @carolinaadancaro freehand painted Amy Winehouse on our kitchen door and we absolutely love it.

'Santa Catalina is a small area of Palma, but it’s full of good restaurants, interesting people, and plenty of gossip!' Interesting people? Loud arrogant yachty types who think they're important for some reason, and bored rich housewives trying to find themselves with Mongolian yoga, magic beans or whatever else is in vogue this year. Most of the interesting local people were priced out of the area years ago.