Mallorca is a honeymoon paradise for South Koreans, they love the colour of the sea

Bloggers and influencers are very important in Korea, hence why my blog gained so much traction and is trending extremely well again now

Eva Youbin Chung is South Korea’s top blogger and vlogger about Mallorca, and having lived on the island for nearly five years, she now considers Mallorca home and is due to marry her Mallorcan fiancé Joan in the not too distant future. Eva, like many foreign residents in Mallorca, came across the island by chance in 2016.

“I was working as an English teacher in Busan, Korea’s second largest city and my home town, but I, like all of my compatriots, was working non-stop. In Korea we are entitled to 30 days holiday a year, but no one ever takes it. Employers consider doing so a sign of disrespect to the company and will easily employ someone else, so the majority of people take between three and five days holiday a year.

“One thing I’ve got to love about Mallorca is the ‘poc a poc’ approach to life. In Korea it’s the complete opposite, we say ‘ppalli-ppalli’ which means ‘quick quick’.

“I had always wanted to travel and so decided to go backpacking. I realised that money is not the most important thing in life and it certainly does not always buy happiness. Plus, a friend of mine said ‘once a teacher, always a teacher’ and that I would easily be able to find work again. 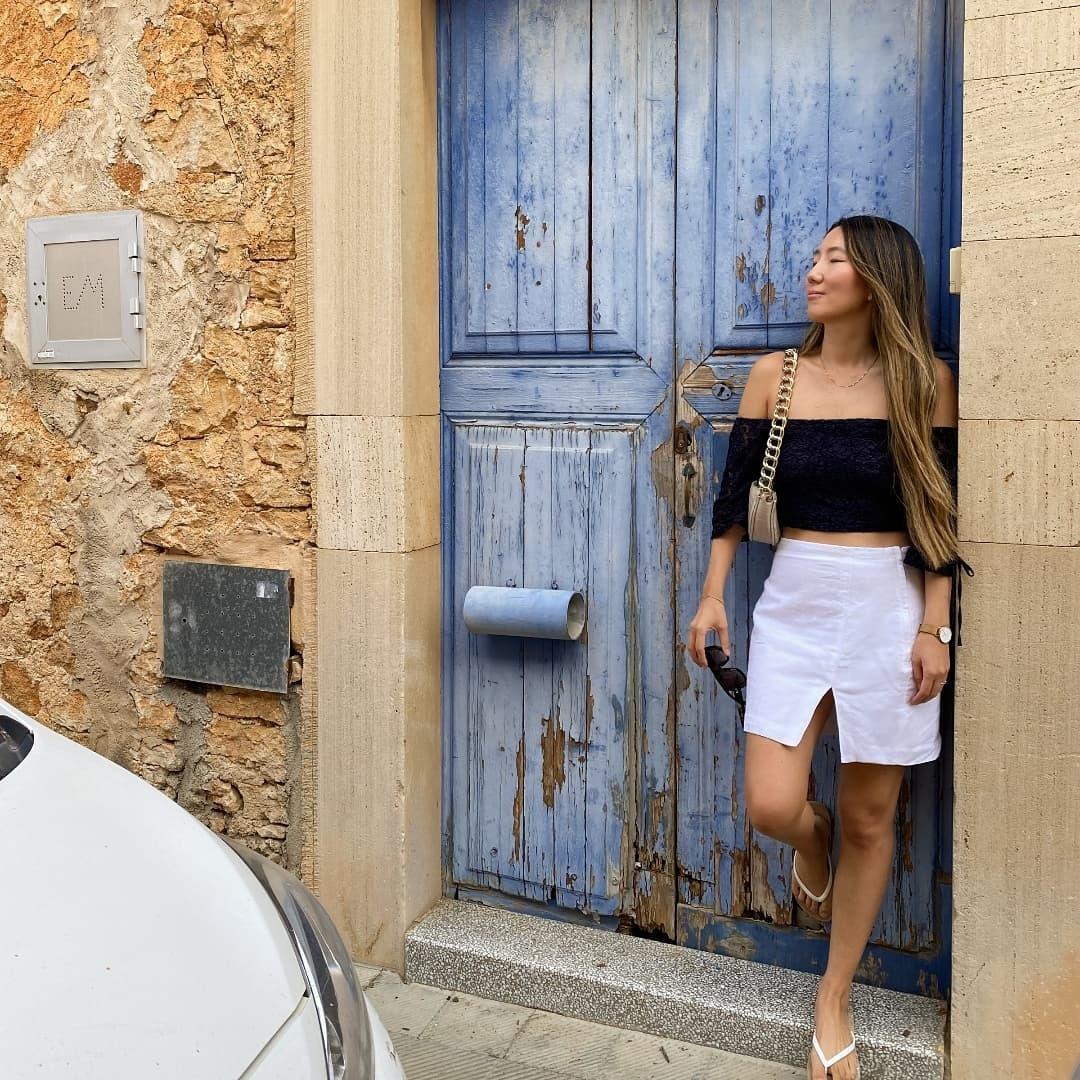 “In 2015 I began my travels. I started in Bali and stayed longer than I expected before moving on to explore South Asia, Cambodia and Vietnam, for example, and I eventually ended up on Katau island in Thailand, which is famous for its diving.

“There I met a lot of people from all over the world, including a group of Mallorcans. We got talking. I was amazed and impressed by how proud they were of the island. Trouble was I had never heard of it, I did not have a clue where Mallorca was. They explained to me it was just a 20-minute flight from Barcelona and it all sounded very interesting.

“Anyway, after a quick return to Korea to see my friends and family, I headed to Europe. First to Italy and then to Berlin, which is where I was contacted by one of the people who I had met from Mallorca. He had been following me on Facebook, saw that I was in Berlin and told me that it was so easy to pop over to Mallorca from Germany. Nevertheless, I went to see some Spanish friends I had made on my travels in Bilbao and was eventually persuaded to come to Mallorca. I immediately fell in love with the island.

“I landed at dusk and my friend took me on a tour of the Cathedral and the old town. I was overcome by the place and I spent the following few days being taken to some of the island’s lovely little bays and coves and the villages.

“But what struck me the most was the colour of the water. We have some beautiful islands in Korea, but many are volcanic so we’re not used to seeing such crystal-clear blue water. It was totally unexpected and that is when I decided that I had to come back to Mallorca.

“After a brief visit home, I returned in 2017 and Mallorca is now home for me. What was, what I thought at the time, a summer romance has now flourished into something more serious, and my love for the island just gets stronger every day I am here.

“But it was not easy. When I arrived I didn’t speak Spanish, never mind Mallorcan. But I signed up for classes, and being surrounded by a Mallorcan family from Llubi, I can now understand some 80 percent of Mallorcan. When there are just a few of us together, we all speak Spanish. But I’ve noticed that when you get more than three Mallorcans together, they all start talking Mallorcan, so I’ve picked it up over the years,” Eva said.

“When Joan’s mother heard I was called Youbin, she thought it hilarious that it sounded like Llubi,” she added. 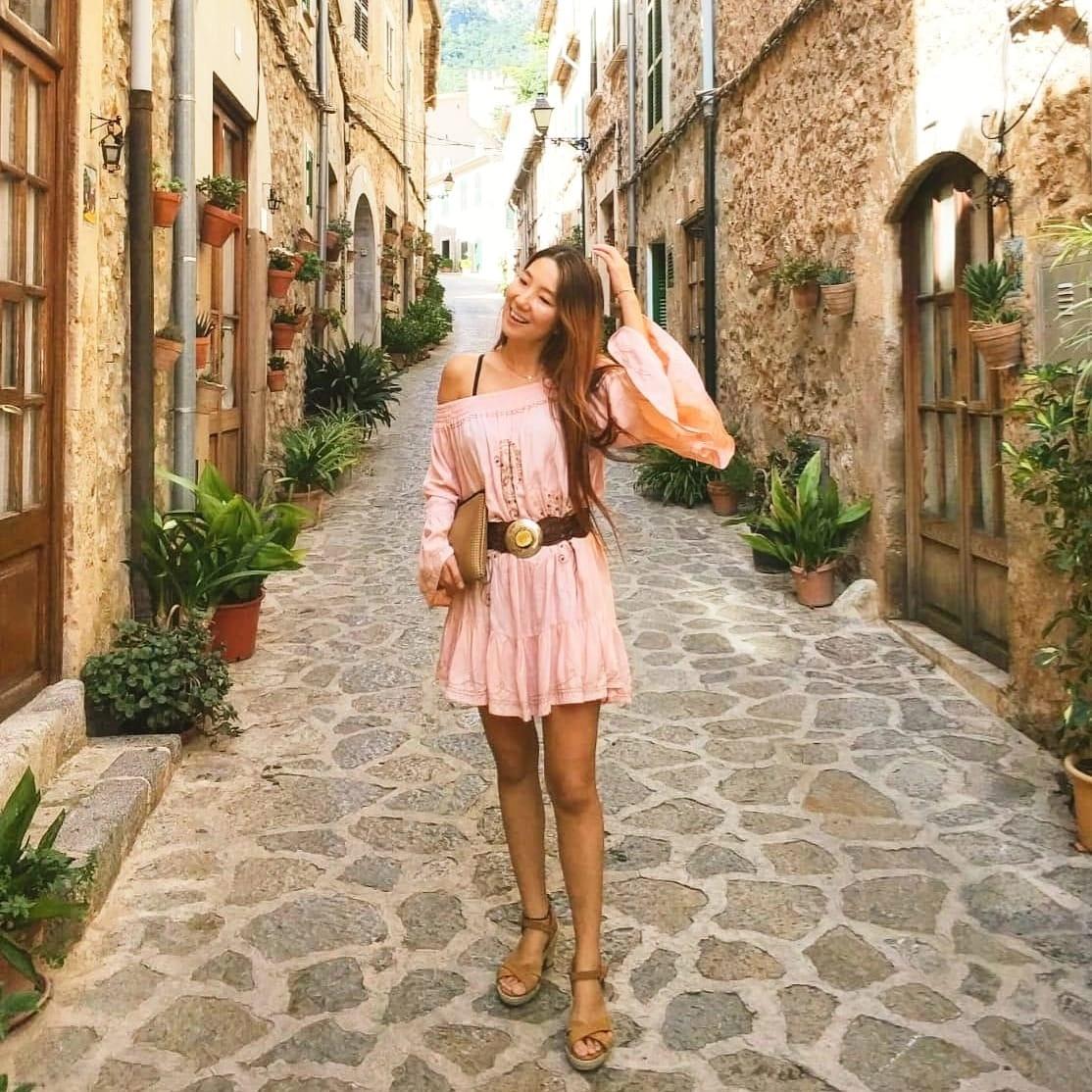 Her blogging and vlogging, the latter is more visual as opposed to written, came about by chance.

“When I started my travels, I wanted my family to be able to see that I was OK and also share my experiences and accompany me on my journey. So I began posting regular pictures on Instagram and it was not long before other people started following my adventures.

“So, when I finally settled down in Mallorca, I decided to start writing a blog in Korean about the island and it grew to become the top-trending travel blog in Korea.

“But when the pandemic hit and travelling was off limits, I decided to stop for a while as it was not really worth it and moving about Mallorca was not easy. That said, throughout the pandemic I was still being contacted by Koreans for information about Mallorca - where to stay, what to do, what to eat and if any special events were taking place like the Valldemossa Festival, which I really enjoy, or any fiestas, which are great fun in Mallorca.

“When restrictions started to ease and we began to emerge from the pandemic, I started vlogging. I work as an English and Korean language teacher and every week I get together with my best friend and we head out on a girls’ road trip to explore Mallorca.

“My fellow adventurer is from the mainland so she enjoys discovering Mallorca. We like to get dressed up for the day; it makes us feel better after working all week. We document our trips around Mallorca on Instagram and on my YouTube channel. As people can see, we go to the villages, beaches, mountains, restaurants. We explore everywhere and everything, and I am about to start my Korean blog again because Mallorca has become so popular, especially for honeymoons. 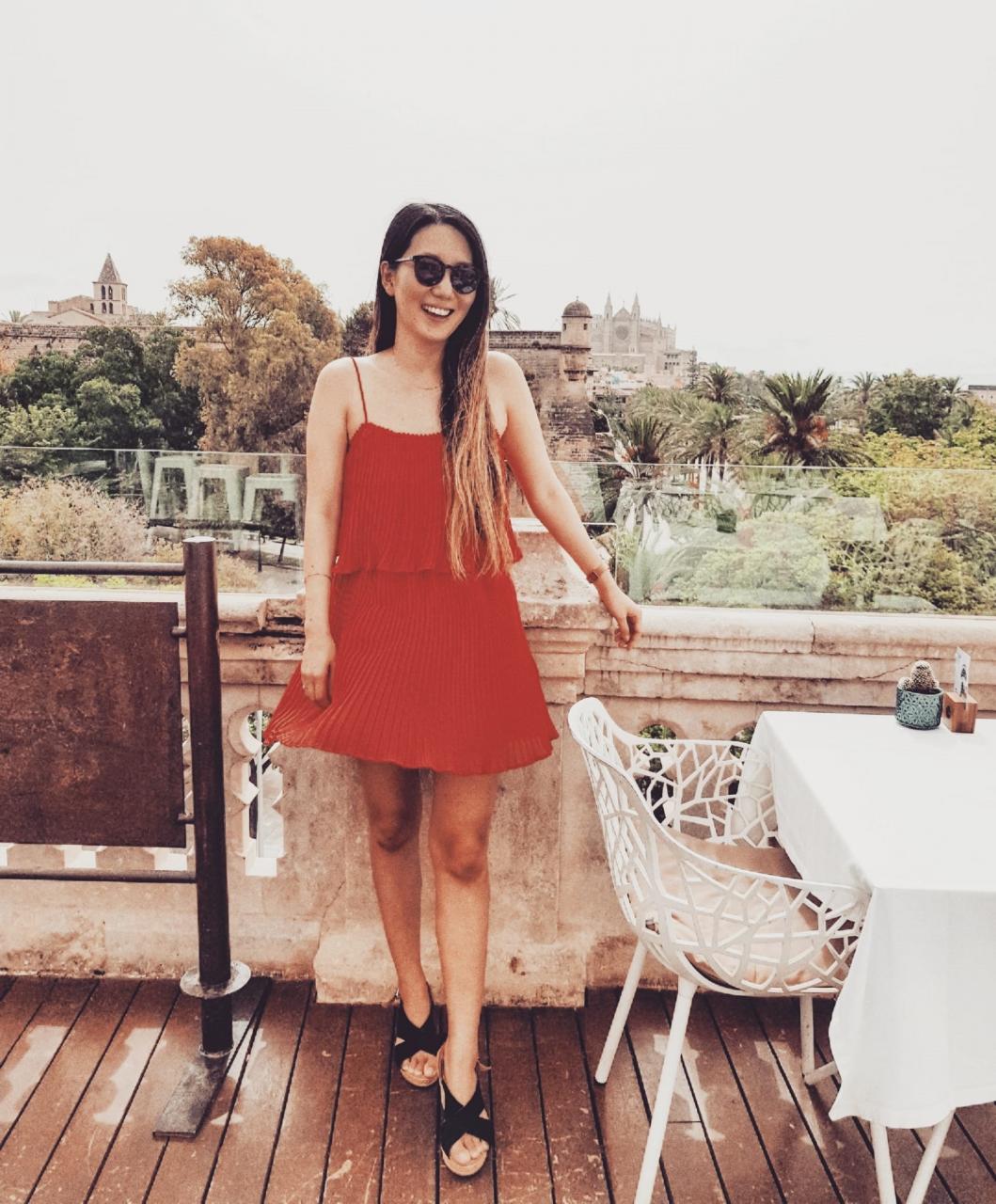 “I guess it all began some five years ago. On Korean TV is a very popular travel programme which features former famous actors who visited Spain. The Koreans were really impressed and started coming to Spain and then, once they had done the obvious destinations like Madrid, Barcelona, Granada etc., they started coming to Mallorca and they too fell in love with the island.

“Bloggers and influencers are very important in Korea, hence why my blog gained so much traction and is trending extremely well again now. Trouble is some of my Mallorcan friends don’t like me giving too much away about the delights of Mallorca. But I talk about the food, the culture, all the great things Mallorca has to offer and the Koreans like it. While they do like culture and monuments, they love chilling on the beach by the clear blue water and not feeling guilty about not working, which happens to many Koreans because it’s all work, work and work. And they are big spenders. Because they do not have much free time, they don’t care about the cost. They stay at the best hotels and eat at the best restaurants. Koreans love to eat and they like the idea that Mallorca has so much fresh produce and seafood, plus they love ensaïmadas, coca de patata, butifarrón and sobrasada, which can be a little spicy. Koreans travel to eat and Mallorca has it all. And they all go crazy for the beach at Caló des Moro near Santanyi. It’s their favourite beach and a must-see for all Koreans who come to Mallorca. And they’re not all coming from Korea, many are students on exchange programmes in Europe who also pop over to the island.

“Mallorca is the perfect destination for Koreans, especially couples, and the island is becoming more and more popular. They used to holiday in the Maldives or Mauritius, now they have their sights set on Mallorca.”