The herdsman and the poppy

The herdsman and the poppy. | Neville James-Davies

The Common Poppy (Papaver rhoeas) has other names such as Corn Poppy, Corn Rose and Field Poppy. It is an erect annual plant, forming a seed bank that can last many years in the soil waiting for disturbance, where it can grow up to 28 inches in height. Stems hold single flowers which are large, with four vivid red petals, most commonly with a black spot at their base.

Each plant can produce up to 400 flowers in a warm season, and only last one day. I do like seeing Poppies in abundance on Mallorca, and recently down in Muro, one particular field was a sea of red which was a beautiful sight. Thekla Larks were present and Fan-tailed Warblers were displaying overhead, with a distant Turtle Dove ‘purring’ away. 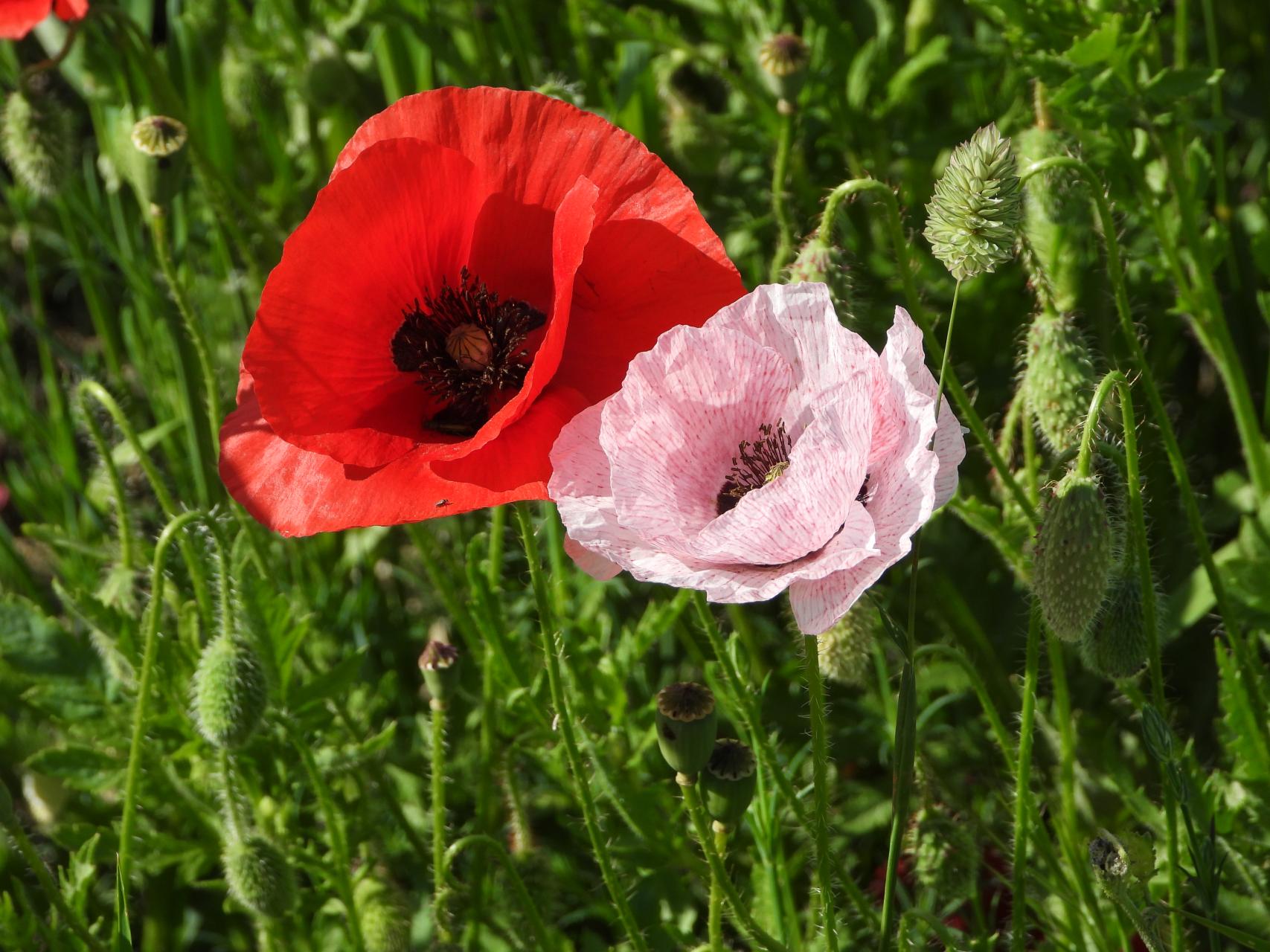 Poppies contain an alkaloid called ‘rhoeadine’, a mild sedative, and the petals also contain a red dye used in some medicines and wine, and also to give some colour to potpourris. Growing along roadsides and in fields, it is a striking plant, even if there are only small groups growing. The black seeds are edible, and can be eaten either on their own or as an ingredient in bread.

Oil made from the seeds is highly regarded in France. In traditional folk medicine, it was used for gout, aches and pains, and the petals were used to create a syrup, fed to children to help them get off to sleep.

I do like seeing egrets amongst the Poppies, where their white contrasts well with the reds, and one species regularly found in fields is the Cattle Egret (Bubulcus ibis). The genus name Bubulcus is the Latin name for ‘herdsman’, due to their association with cattle, and ‘ibis’ originally referred to another bird. This common resident breeder on Mallorca sees the nape, mantle and breast having warm, buffish feathers during the breeding season. They nest colonially (the Albufera is a good place to see breeding birds), and make a platform of twigs or reeds in a tree, where 4 - 5 glossy white eggs are laid. 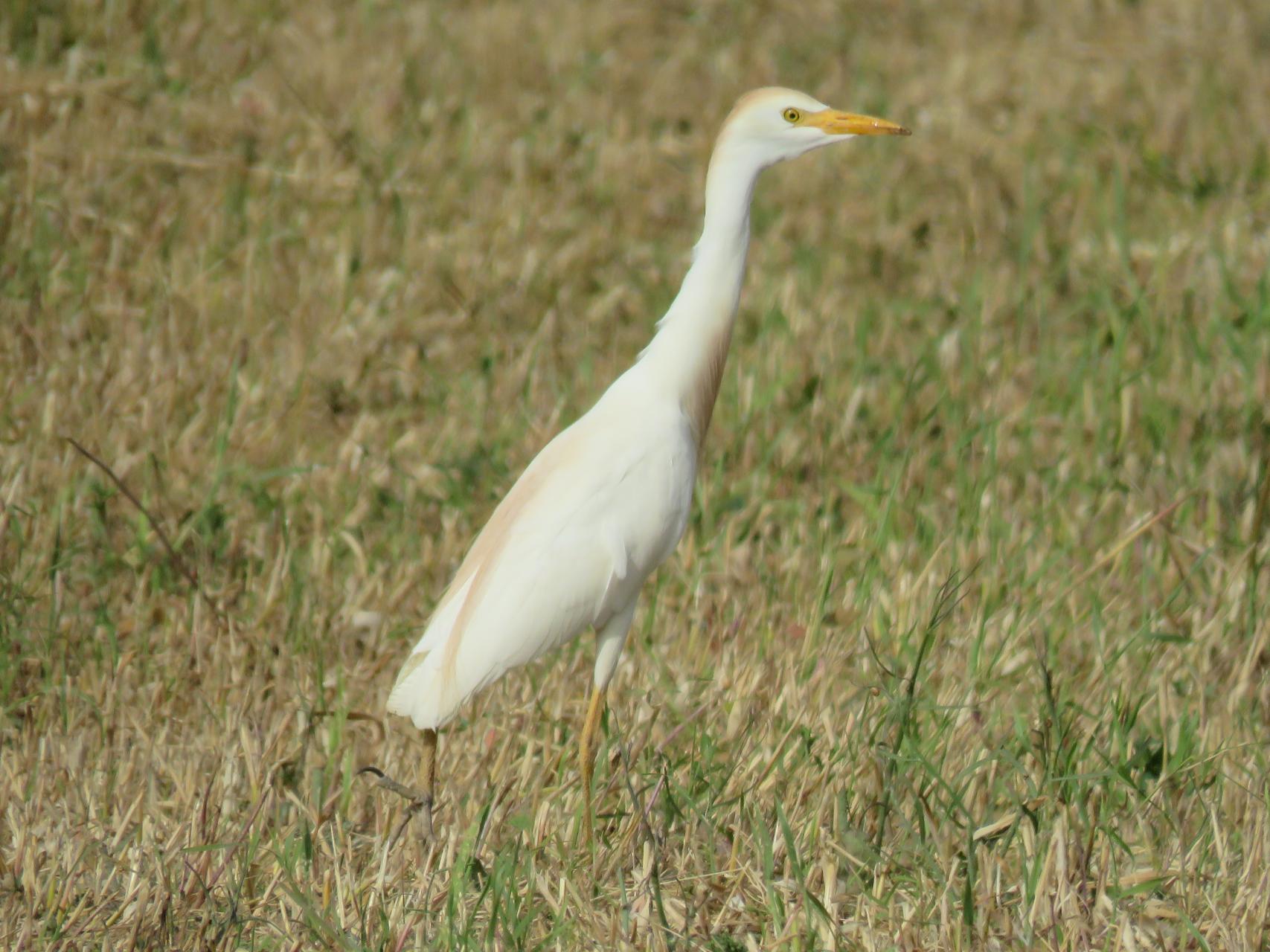 Food consists of insects, invertebrates, small mammals and Marsh Frogs, and they can regularly be seen following cattle which disturb the insects for them to eat.

They are a stocky white bird with a characteristic bulging throat, with a wingspan of 90 - 95cm, a length of 48 - 52cm and a weight of 300 - 350g. The yellow bill is dagger like and proportionately large (it turns pinkish-orange in the breeding season). The legs are a dull yellowish-green. In flight, the wings look broad and rounded with the legs trailing behind the body, and the neck held in a typical ‘hunched-up’ shape, giving them a large headed appearance. Next time you see Cattle Egrets feeding in a field, sit down quietly and watch how close they will come to you. A lovely relaxing sight.