When you first walk into CrossFit Mallorca, a gym in Son Bugadelles, don’t be surprised if you become a bit disorientated. It is not like your regular gym. The walls are painted black, the floor is black (it’s tricky to take photos in, just in case you were wondering), there is a metal rig along one side of the industrial unit, gymnastic rings hang from the ceiling along with climbing ropes. Around the walls there are framed shirts from competitions, giant cheques for prize givings, name plates, all souvenirs of CrossFit competitions. 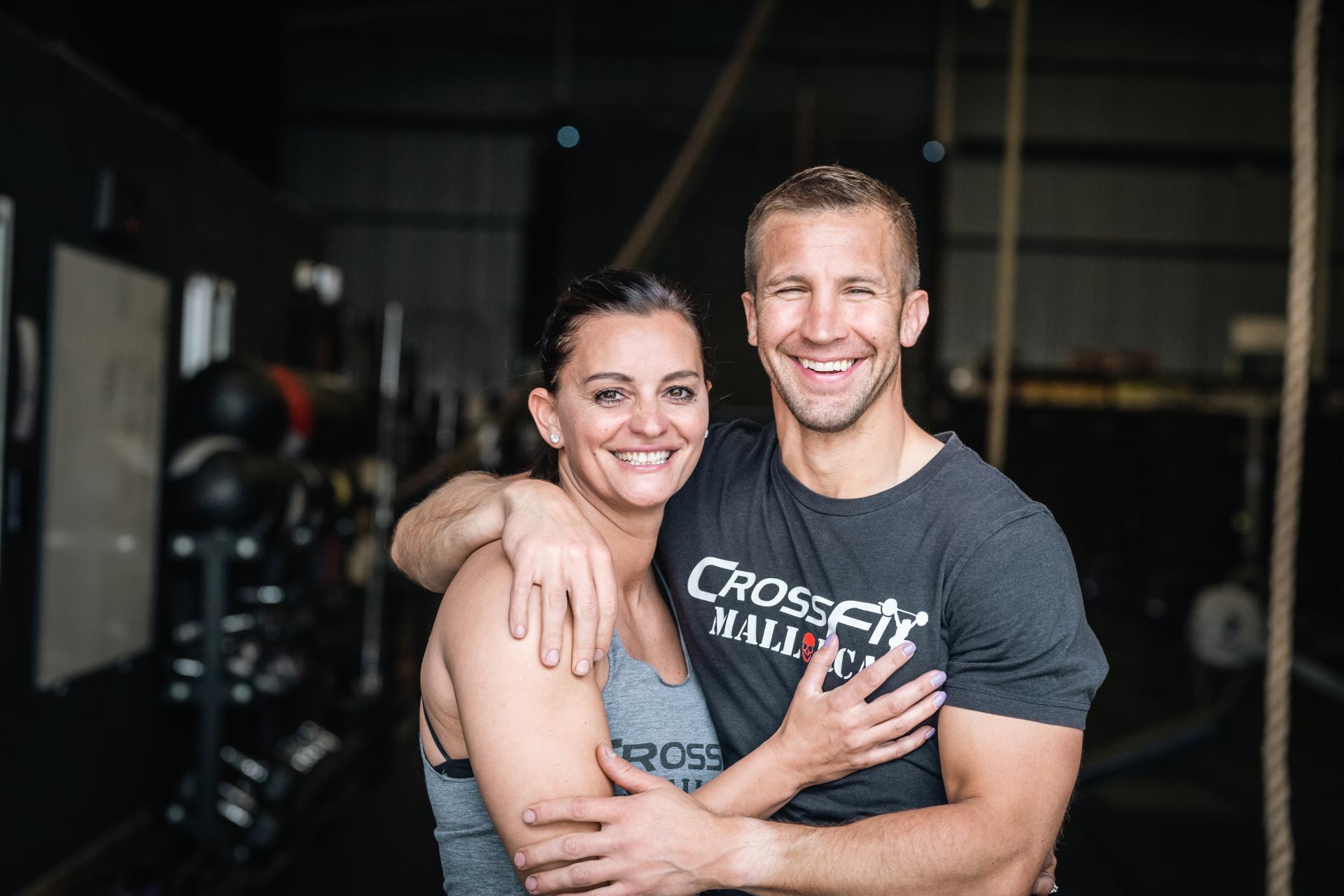 There are hardly any traditional machines, but there are barbells, dumbbells, weights, medicine balls, boxes, skipping ropes, and, most interestingly, no mirrors. Not one. The first time I entered CFM I didn’t really know what I was letting myself in for, but the owners of the gym, Rob and Silke Martin, have built a community there unlike any other on the island. So once you have stepped inside and experienced the unique atmosphere, you are quite likely to return. 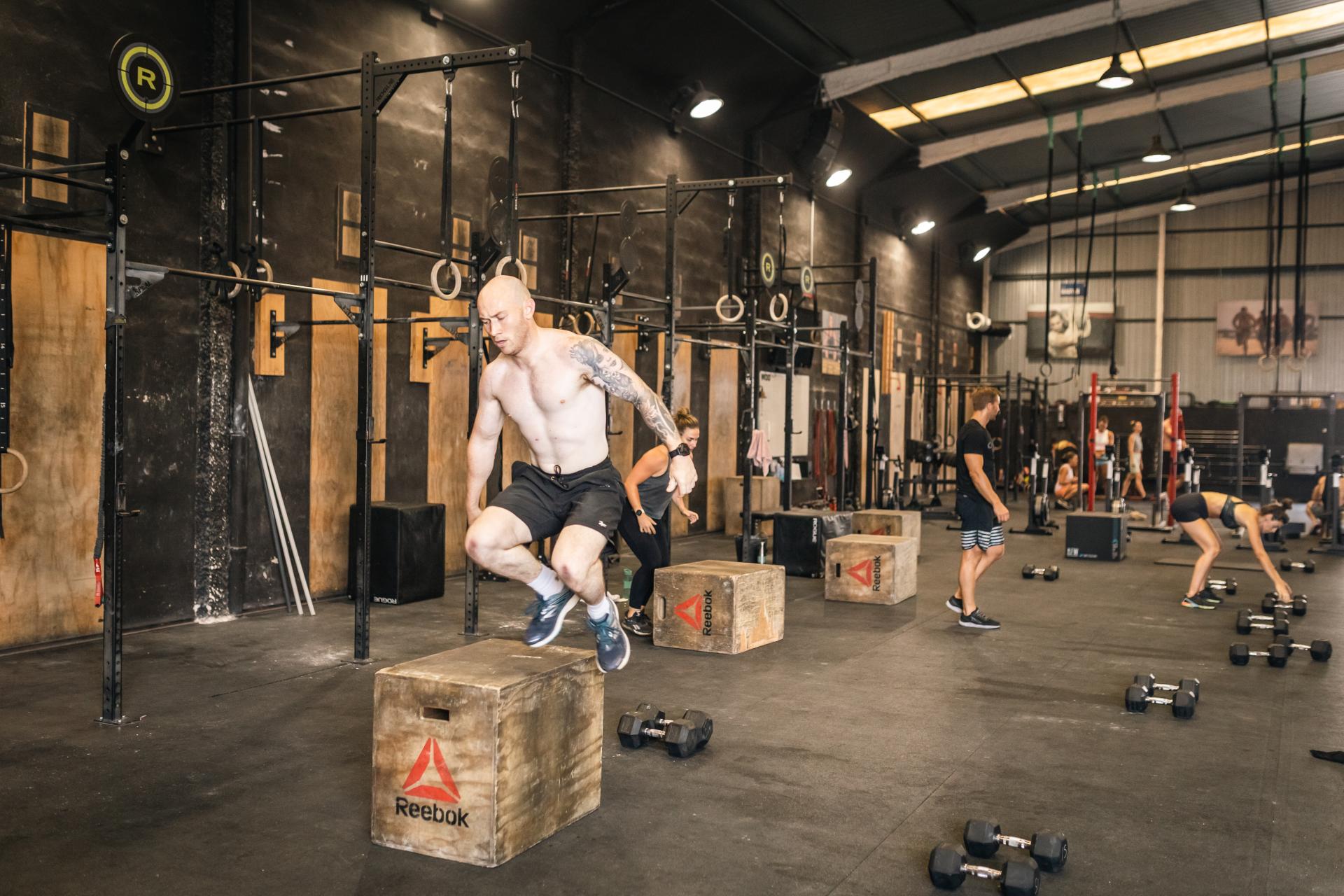 What is CrossFit? It is a fitness regimen that involves constantly varied functional movements performed at high intensity. CrossFit is promoted as both a physical exercise philosophy and a competitive fitness sport, incorporating elements from high-intensity interval training, Olympic weightlifting, plyometrics, powerlifting, gymnastics, kettlebell lifting, calisthenics, strongman, and other exercises. 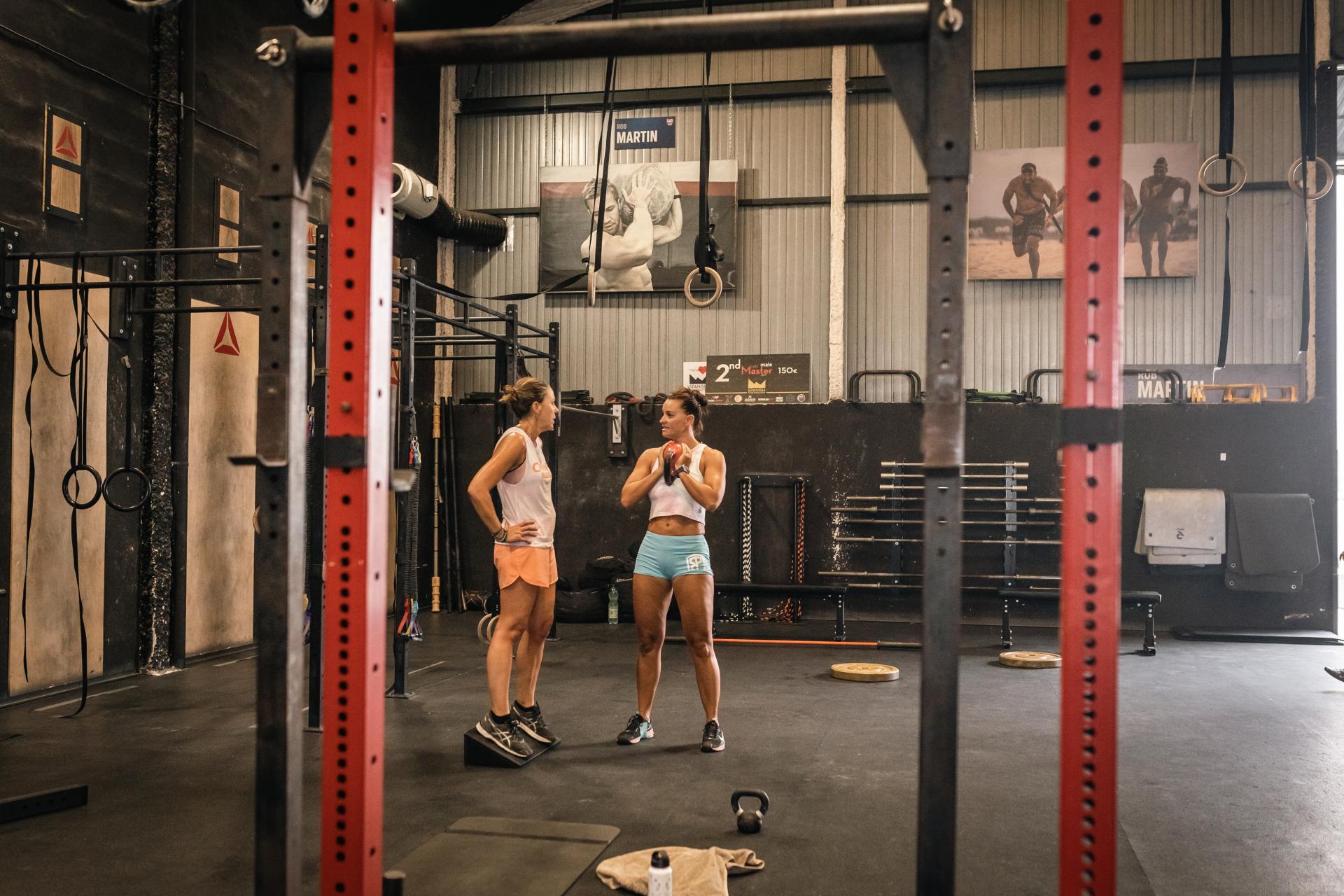 Rob Martin first discovered CrossFit in February 2010. Rob, who had been living in Mallorca since 2006, was already working as a personal trainer at the old Country Club in Santa Ponsa. Rob was on the lookout for new training methods when he came across CrossFit online. A fitness methodology which emerged from the US and was then slowly creeping around the world, Rob got his first opportunity to try out the style of workout when he visited Las Vegas to play golf with his friend Tony. “The first workout I did was five rounds of a 400 metre run and 15 overhead squats. I’d always thought I was fit but I realised that day that I had some definite holes, I could barely do an overhead squat with a 20 kilo bar, the women in the class were lifting more than I was. It was humbling, and I was hooked.” 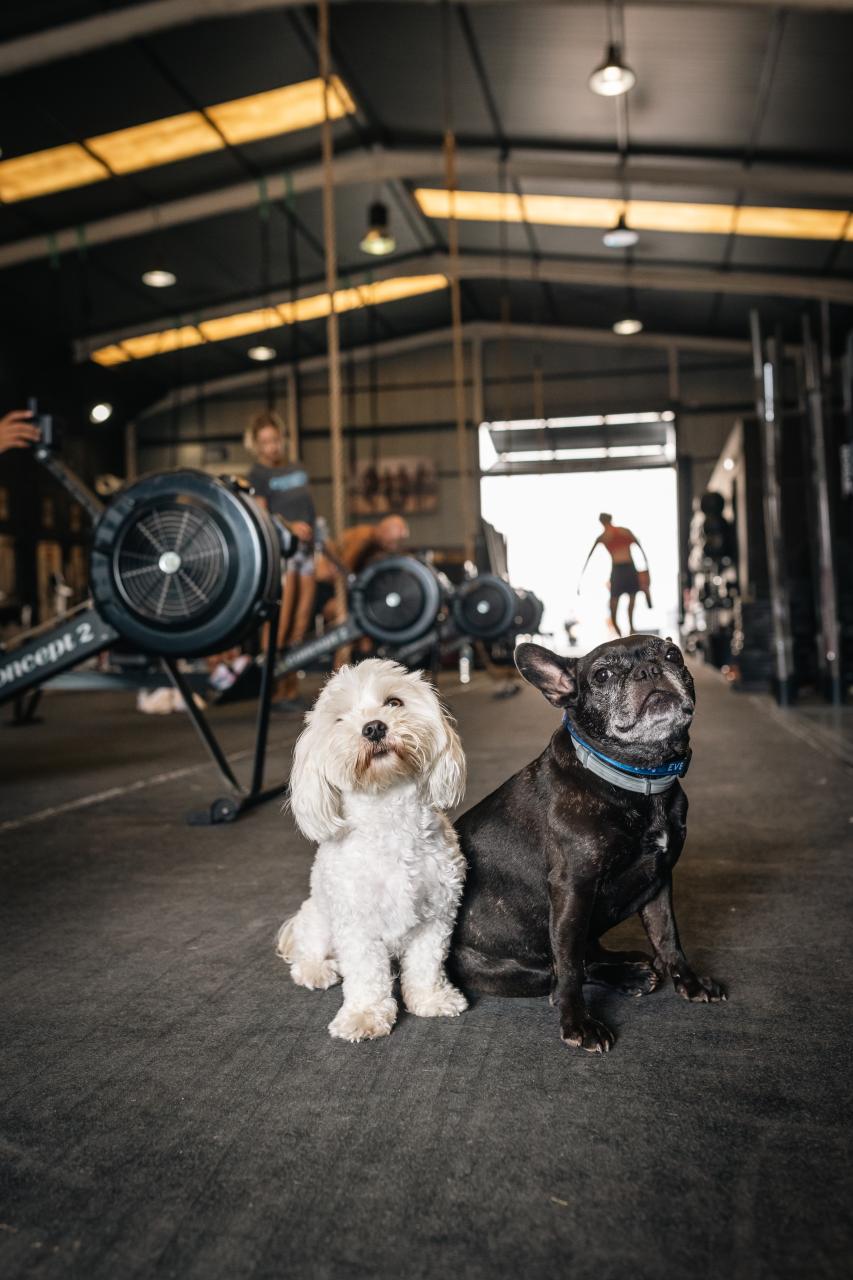 Rob returned to CrossFit Las Vegas that afternoon to do another workout and from that day onwards he knew that he wanted to train as a CrossFit coach and athlete. On his return to Mallorca Rob learned that there wasn’t a CrossFit box (another word for gym used by those in the know) and he began to set in place his plan to open his own gym, the first one on the island and one of the first in Spain. By the following March in 2011 CrossFit Mallorca opened its doors in a small locale in Son Bugadelles. They moved to their current location in 2014. 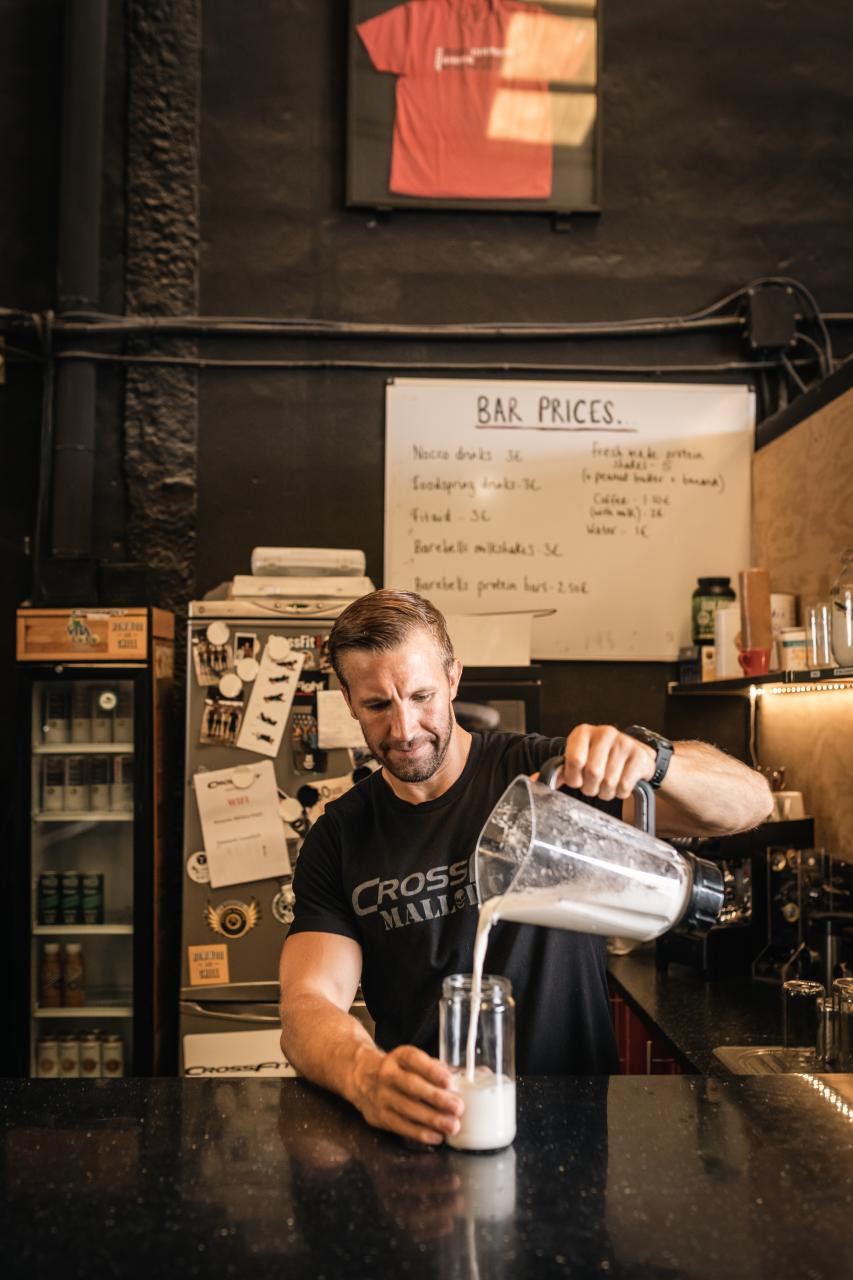 If at first you don't succeed...

In the meantime Rob learned all that he could about CrossFit and took his first qualifications in Basel. “I was very bad at school, but when I am passionate about a subject I can learn about it very easily,” he tells me as we talk in the gym. Around us the 9.30am class is setting up for their workout. It’s a muggy day outside and everyone is talking about the prospect of rain. The class starts with a briefing at the white board where Rob goes through the plan and demonstrates all of the movements, a reminder for some of the more experienced members and a prompt for the newbies. “Typically we do some core work, or strength work, something which will help with gymnastic movements, or build on a skill, before we then do a MetCon,” he tells me. MetCon (Metabolic Conditioning), WOD (Workout of the Day), AMRAP (As Many Repetitions As Possible), CrossFit has its own vocabulary and its own culture. 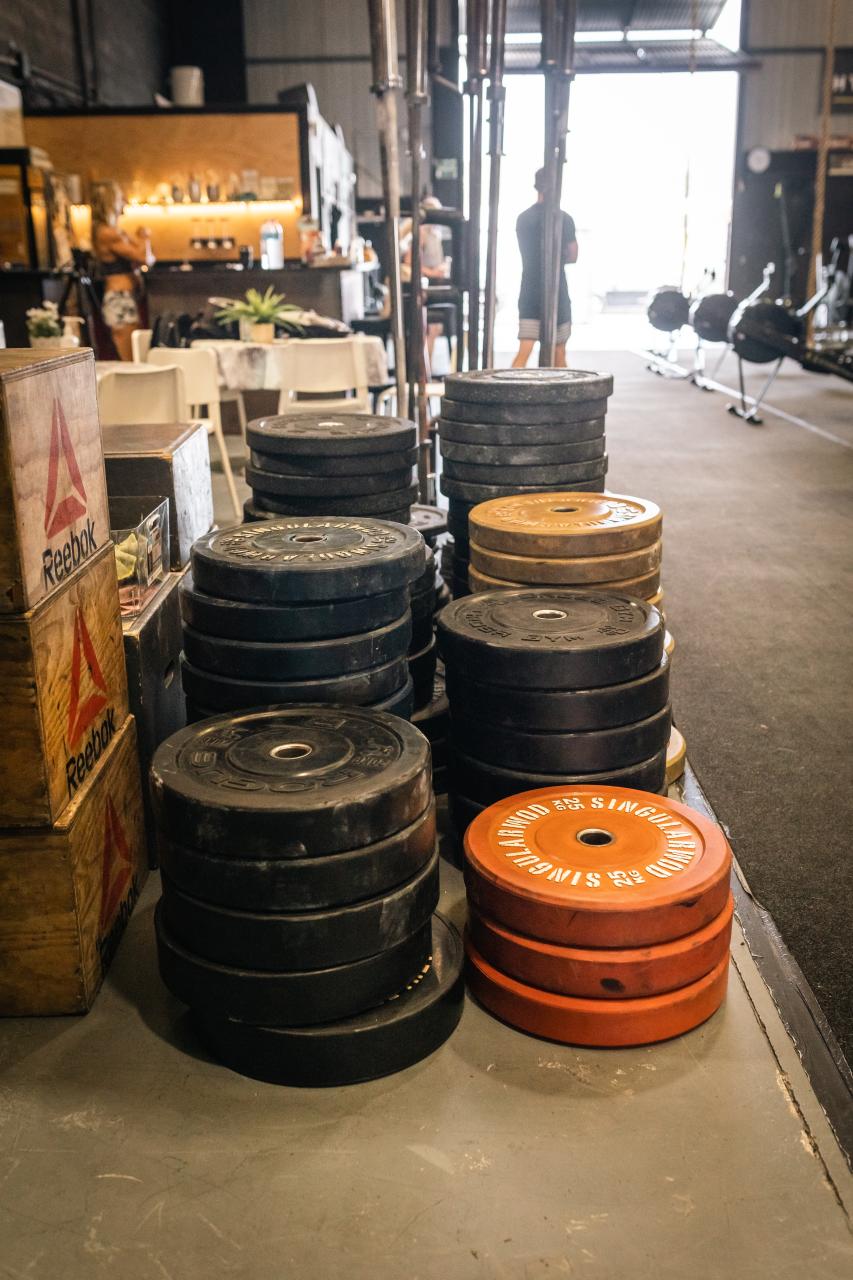 The atmosphere in the gym is just unlike any other I have ever been to. When you arrive you will be greeted by a gym dog, either Rocky, Coco or Elvis will be on duty to make sure you have been sniffed and approved for entry. You will find that people actually talk to each other, and make friends through the group classes and over post workout protein shakes prepared by Rob or Silke, or one of the other coaches, Cathy or Klara. 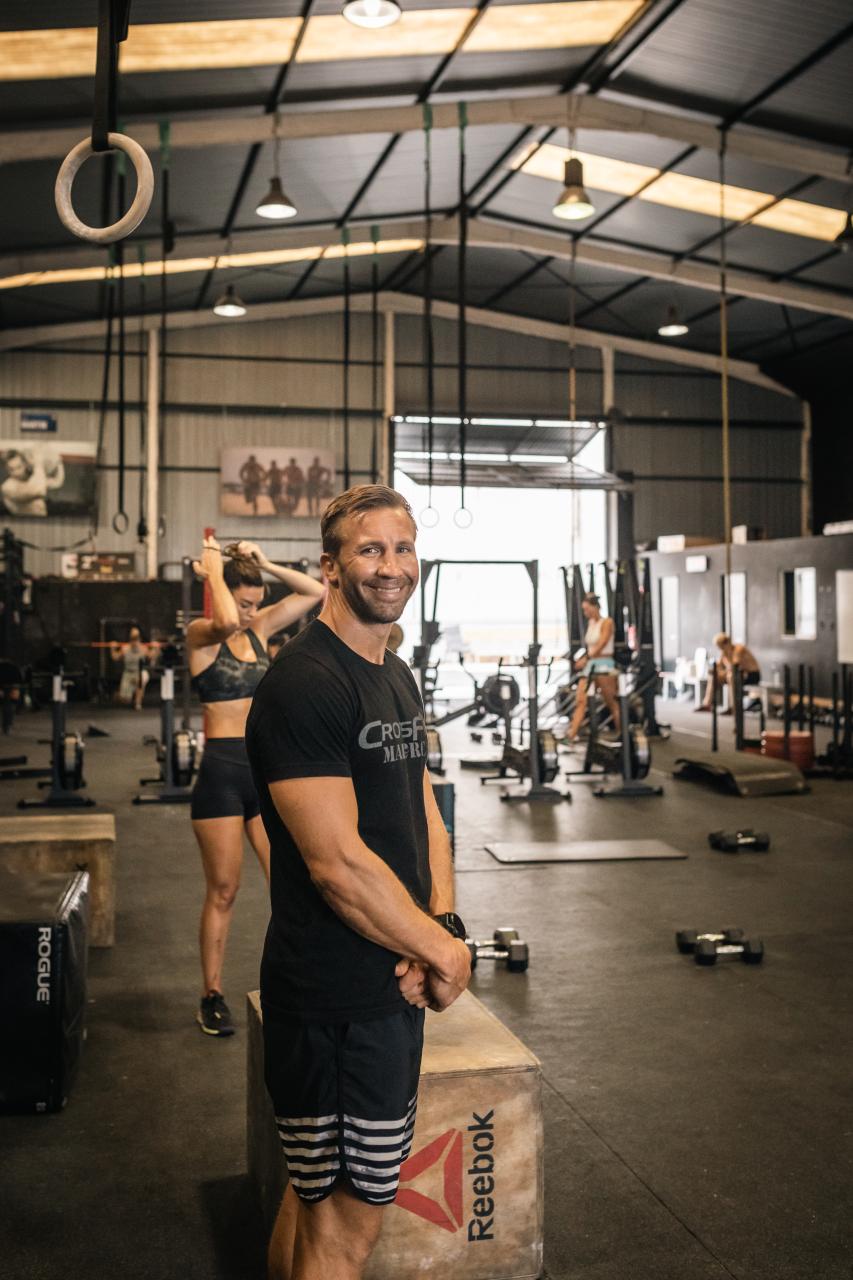 Some people just pop in for a coffee even though they aren’t planning to train that day. There’s a friendly joshing amongst some members, but when workouts get tough they encourage each other to keep going, to keep trying, just one more rep. The gym has become well known around Europe as a good destination for fitness camps where amateur or professional athletes gather to train together for a week or so, a different kind of tourism that Mallorca is keen to attract. 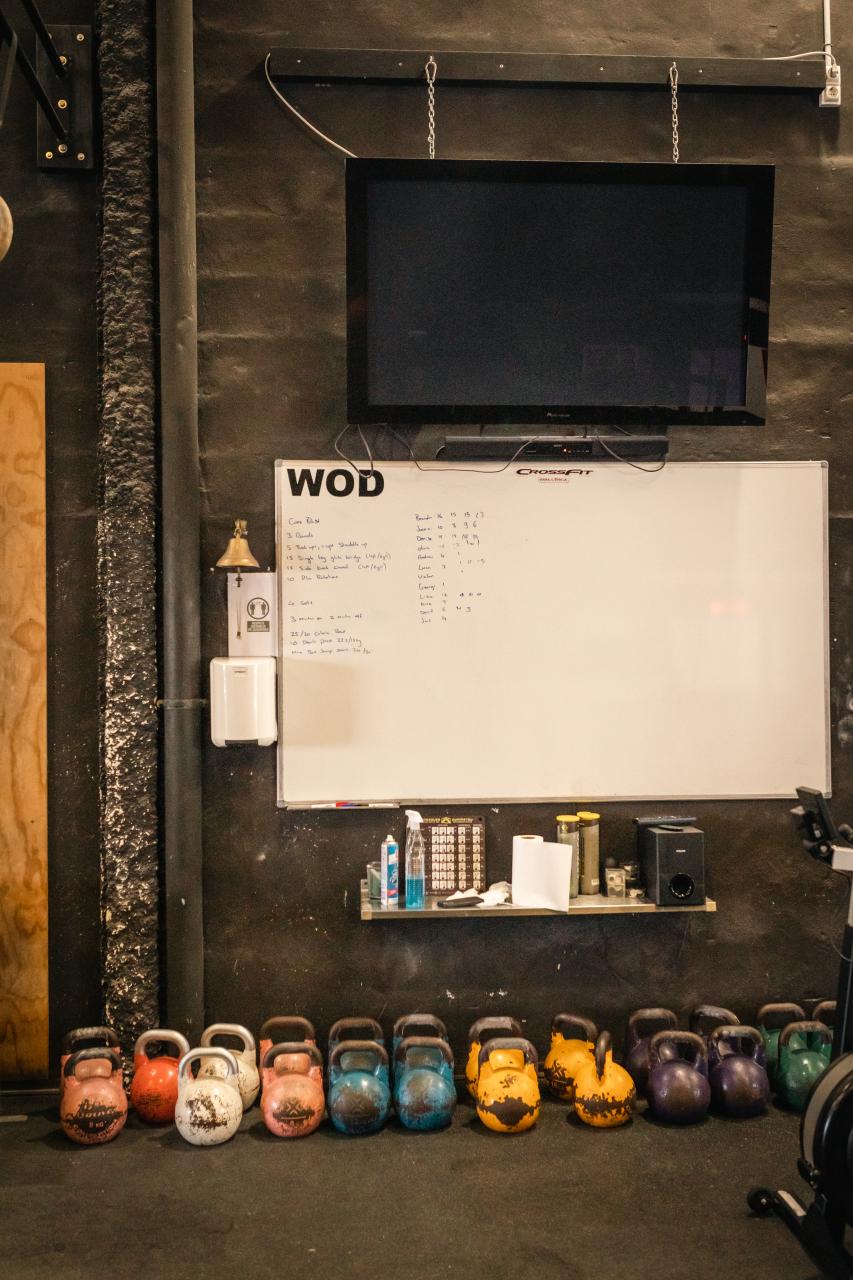 You can find more online www.crossfitmallorca.com

What is it that keeps bringing members back to the gym? I ask Silke Martin, Rob’s wife and a personal trainer and nutritionist in her own right. “They are like family to us, and us to them. And we have many success stories of people finding their health and fitness, overcoming injuries and sickness and of making life changing decisions. Members have lost hundreds of kilos collectively in weight, many change their diets to eat more effectively for their training, and many stop drinking or partying as well. 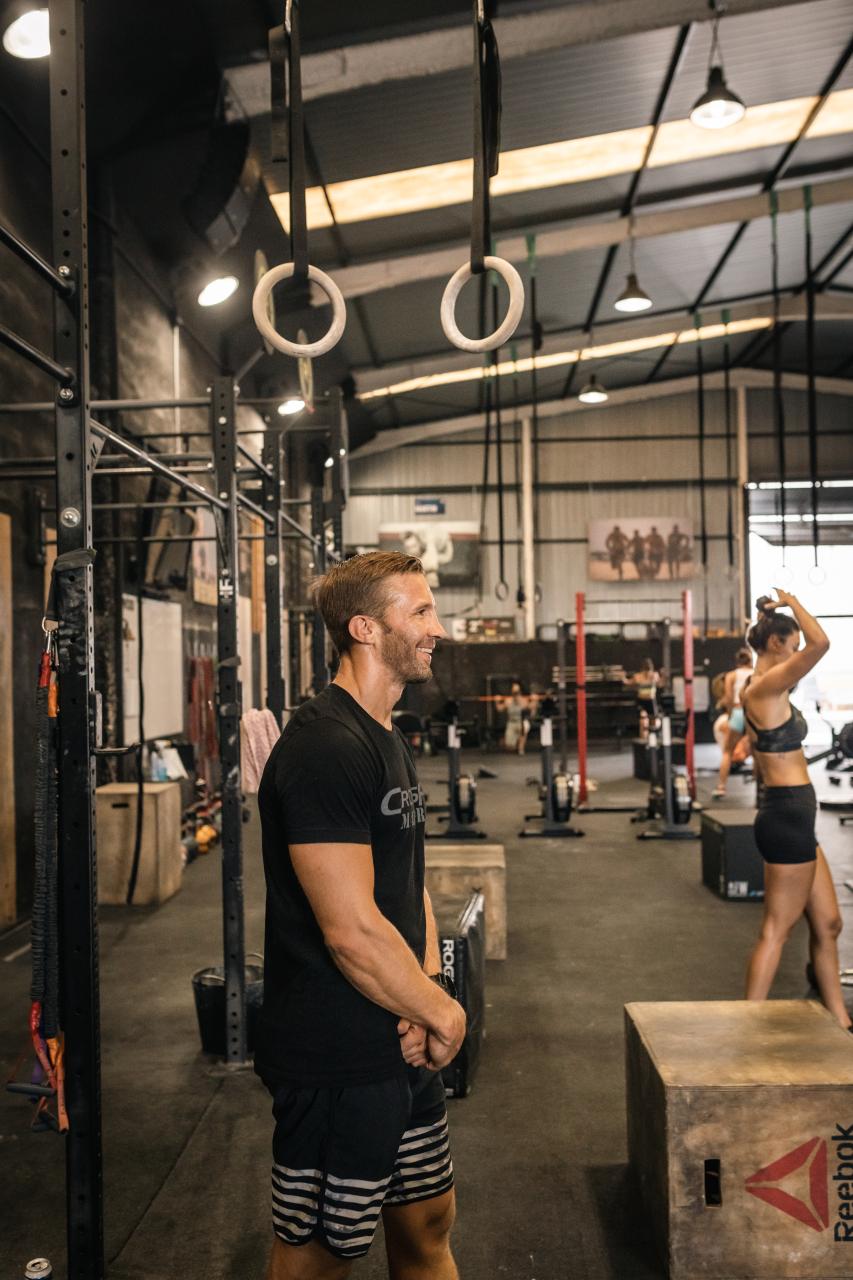 It’s a big change we have seen in the way that people live, you’re one of the cool kids now if you work out and don’t drink. The expectations have changed a lot.” What can people expect when they come to train at CrossFit Mallorca, I ask Rob. “They will reach their fitness goals if they work hard, and we can help them to get there. You have to come with an appetite to learn, to try hard, be consistent, keep showing up, and to be coached. Stay humble and hungry, we say.”