In the ring with Ian Bonsall: "Challenge yourself in 2023 to step outside of your comfort zone"

If you have a New Year’s Resolution to lose weight, do something new, challenge yourself or just make some new friends, then the Find Your Inner Gladiator project could be for you. 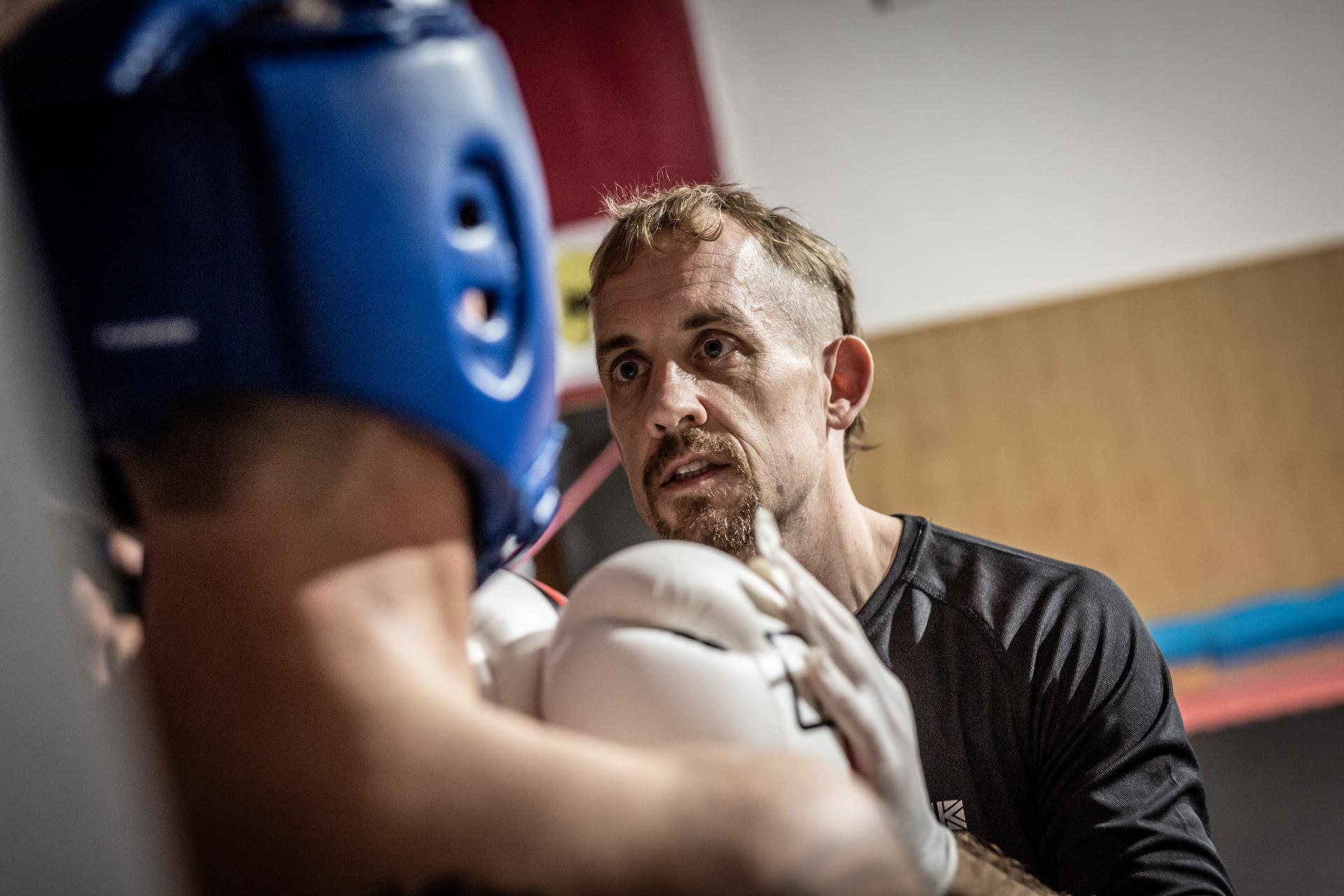 Ian Bonsall moved to Mallorca six years ago, leaving behind his job in the UK managing a sports centre to live in Palma with his partner Amy. He is the owner of the Renegade Martial Arts gym in Palma. Ian is looking for participants for his next Find Your Inner Gladiator event which asks for volunteers to take part in 10 weeks of free training to then participate in a fight night to raise money for the Cancer Support Group.

What are the benefits to living here on the island?

The weather is a fundamental benefit for me. It’s a completely different lifestyle to the one that I was living before. I have more time for myself to invest in myself and in my own personal development.

How long have you practised Martial Arts?

Since I was seven. So that’s about forty years of my life. I initially started with judo, then boxing, and kickboxing and taekwondo. My vocational background is fitness and personal training. 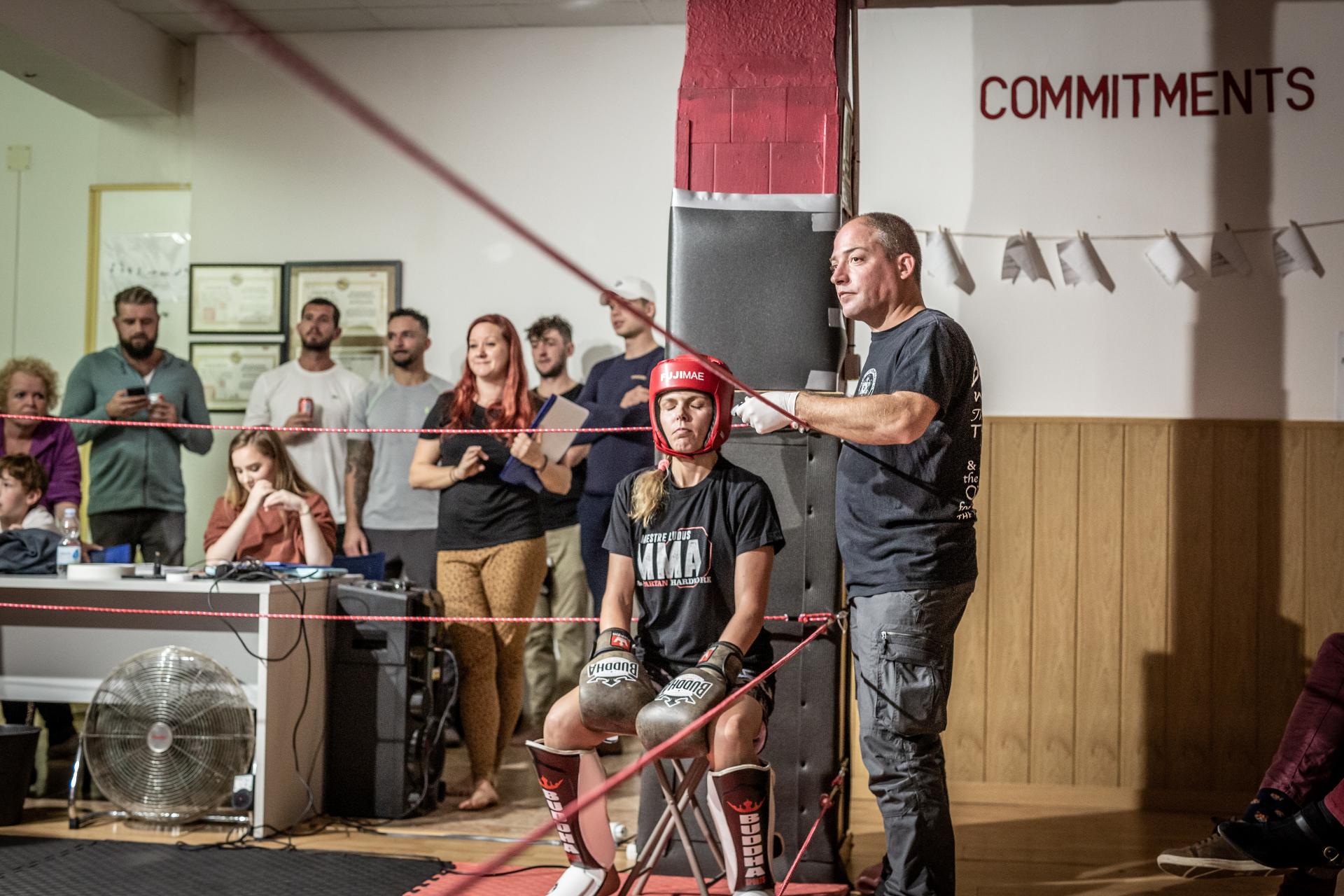 Tell me about your “white collar” Find Your Inner Gladiator event.

White Collar boxing has been around for a good few years now. In the UK, it's massive, there are numerous organisations out there offering novice participants the opportunity to engage in competitive boxing matches. My particular slant and nuance on this is that we are offering and actively seeking people who have never engaged in boxing or combat sports previously, to take a little step into that what can be quite scary arena to engage in 10 weeks training to improve their fitness, improve their body shape, improve their health and their well being in general, and then engage in their own fantastic fight night where they will have a fairly evenly matched competitive bout against one of the other participants within that group. So across the 10 weeks, they will hopefully get to make some friendships and build some relationships between themselves and the other participants within the group.

This could be somebody's Everest, you know. This could be you leaping out of that comfort zone into an environment that you’ve never put yourself in before and then consciously knowing that you're putting yourself in harm's way and at some point down that route, in a few weeks, you will be standing in the middle of a ring with another person who has the same intention as you, which is to punch you in the face.

You've done an event before, how did it go?

It went way, way, way beyond my expectations in respect of its success, it was brilliant. We raised over 3000 euros for UNICEF at the time. The participants were brilliant all the way through, I was very proud of them on the fight night. 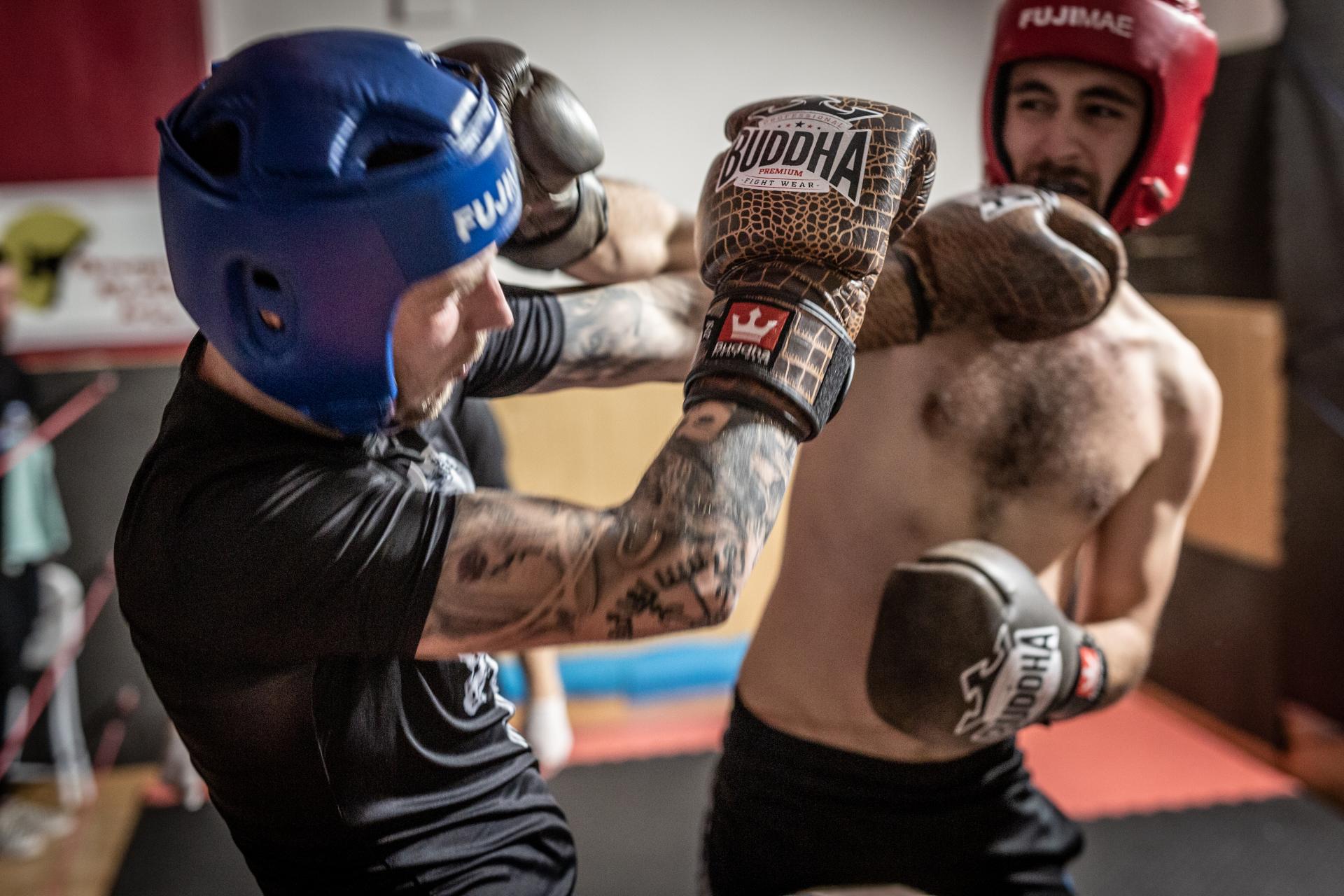 It's as safe as we can possibly make it. The activity obviously comes with an element of risk. But the matches that we make are as evenly matched as we possibly can. Everybody starts from the same position. Everybody goes through the same training with us. But it's not like professional boxing or even amateur boxing as there are no belts to be won, and there are no titles to be had. It's literally about the experience for the fighters for the participants at that moment in time. Everyone wears head and mouth guards and groin guard for the kickboxers, and we use 16oz gloves which are a bit like a pillow fight really.

Do you have to have a certain level of fitness to take part?

Everybody starts wherever they start and they get to where they get to. There's no prerequisite in respect of fitness or indeed experience other than we don't take people into this programme who have got any previous experience of competitive combat sports. So if you're a boxer or a kickboxer, this isn't for you. This is for Mrs. Smith, who wants to do something for herself, to change her body shape or to change the way that she feels about herself, and engage in something that maybe she wouldn't otherwise have entertained. 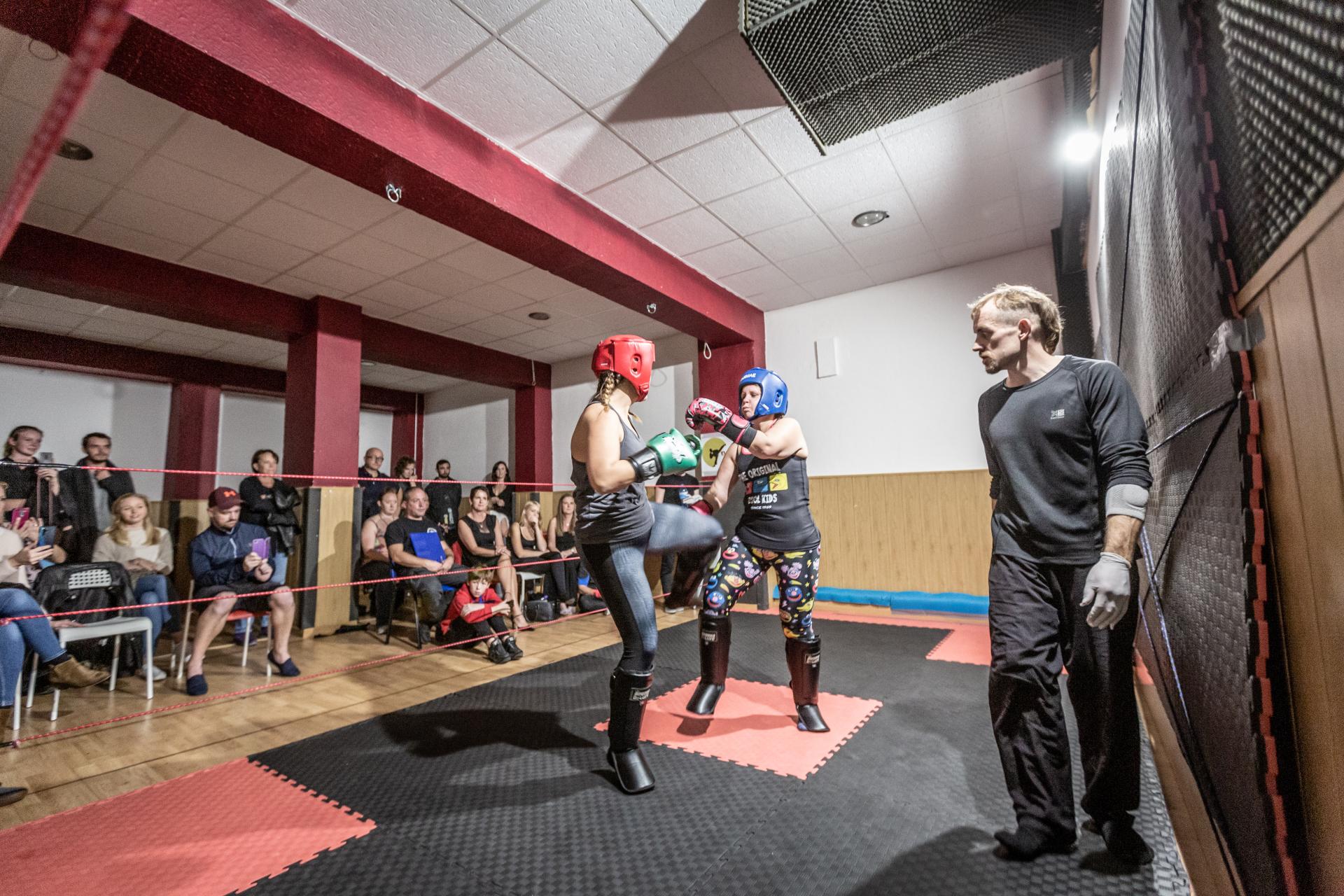 The whole thing is for charity as well?

It's about fundraising for our appointed charity, which is the Cancer Support Group. You have to accept the responsibility to raise money for our nominated charity. We expect all of our participants to commit to that, and make a small deposit at the beginning. We will be giving 2 free group training sessions each week for 10 weeks and we want to raise some cash for the CSG! 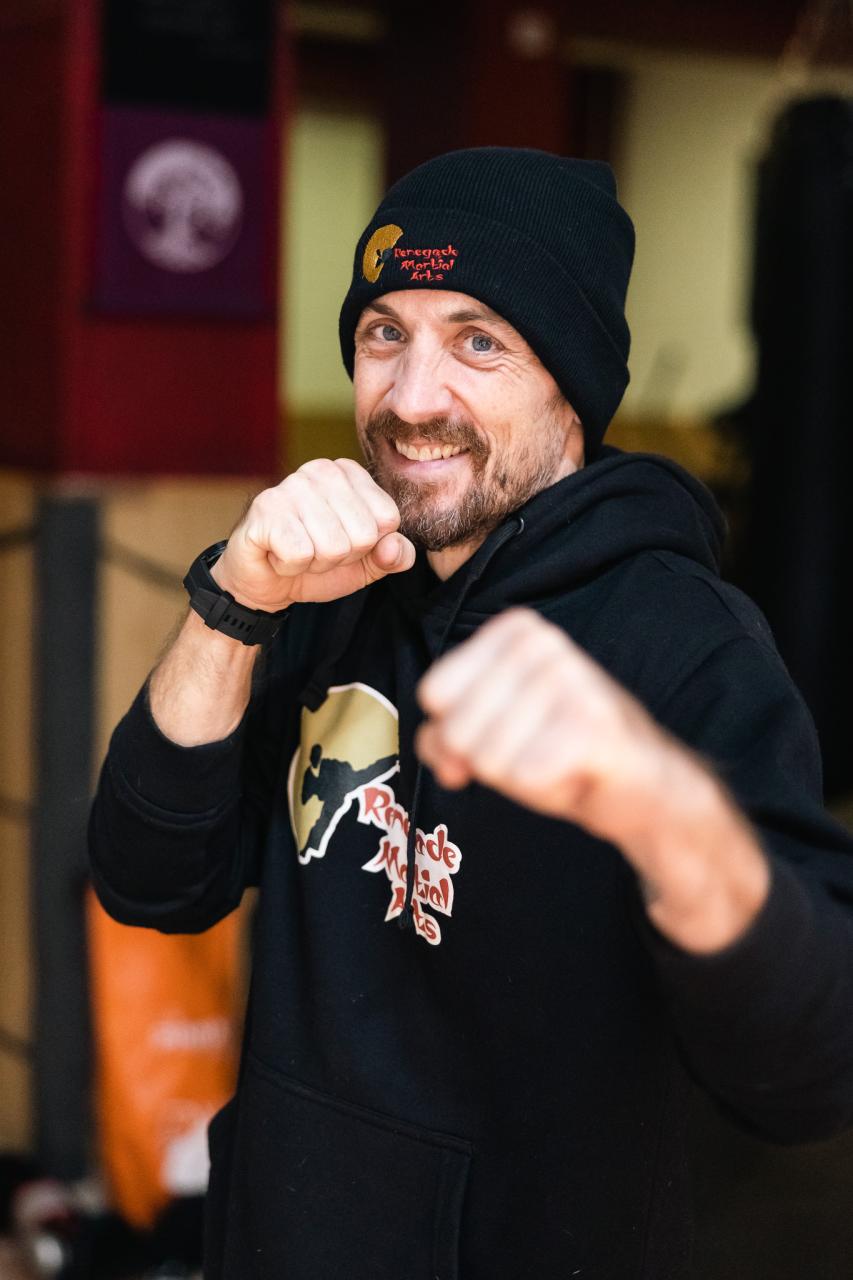 When do people have to register?

Of the twelve spots we have three spaces left, we are looking for men and women. We have people making their minds up now, so if you want to do it, don’t delay get in touch now because as soon as we have 12 people locked in, we won’t take anymore.