Americans excited to be in Mallorca

New seasonal service is the first and only flight between Mallorca and the U.S. watch the video

The Americans have landed in Mallorca.
This morning at 11:45 the first direct United Airlines flight from Newark, New York landed at Son Sant Joan airport.

The 204 passengers, included the vice-president of United Airlines, were greeted with a small gift: a toiletry bag made of Mallorcan cloth with two jars of Mallorcan salt.

The airline is also set to launch a new nonstop seasonal service from Tenerife to New York/Newark, starting 10 June 2022. United is serving more destinations in Spain than any other North American airline.

“As the only airline connecting Mallorca with the United States, we are excited to launch this new service to our New York/Newark hub,” said Patrick Quayle, United’s Senior Vice President International Network and Alliances.

“This new flight further expands our Europe route network and offers our customers a direct link from Palma de Mallorca to the New York area, as well as the possibility to connect via our Newark hub to 90 destinations across the Americas. This new route also provides easier access for U.S. visitors to the pristine beaches of the Balearic Islands.” 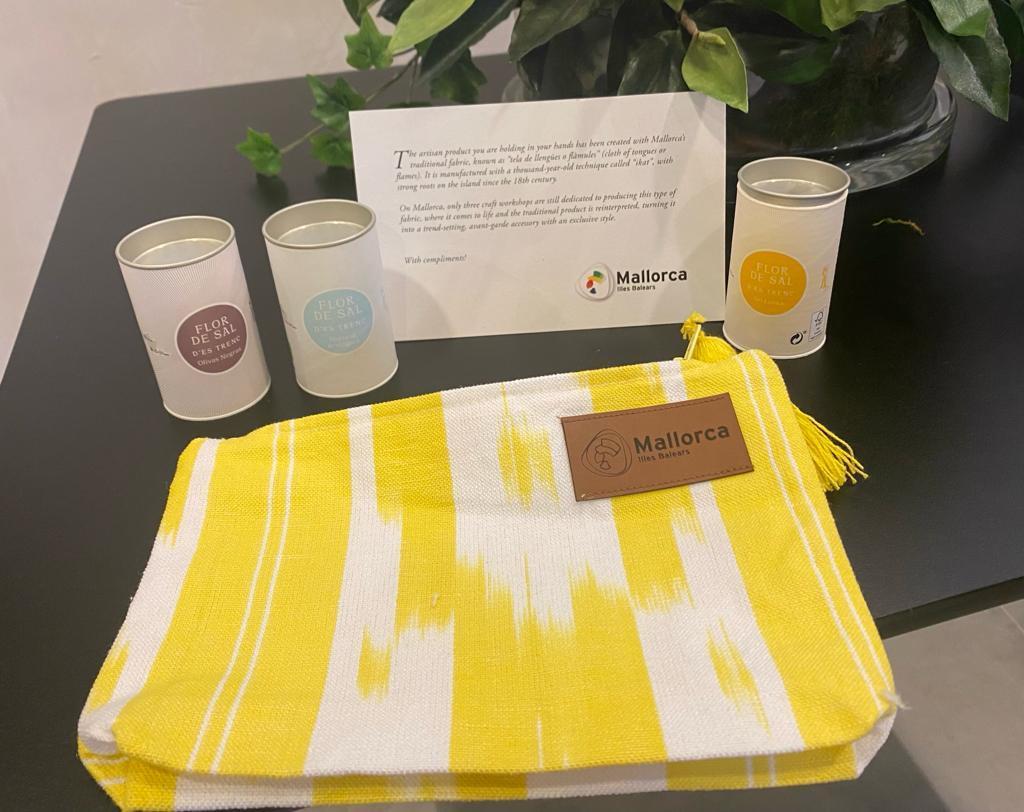 “It is a great milestone for the airport and for the island that we are today receiving the inaugural intercontinental route for the first time in history, operated by United Airlines, which is a result of the effort and collaborative work with local institutions on the island,” said Tomás Melgar, Palma de Mallorca Airport Managing Director.

The Americans have landed in Palma

“The new United Airlines route opens a window to Mallorca from New York; a direct view to North America to which we want to show the unique elements that the island has to offer,” said Catalina Cladera Crespí, President of the Council of Mallorca.

“Mallorca is a first-class tourist destination that has adapted to the times, demands and trends over the years thanks to the work and effort of the tourism value chain, a pioneer in the international tourism industry. All of us, public and private sector, are working closely together to continue to be leaders in quality, safety and, today more than ever, in sustainability. I would like to highlight the efforts made in recent months to make this new route possible. 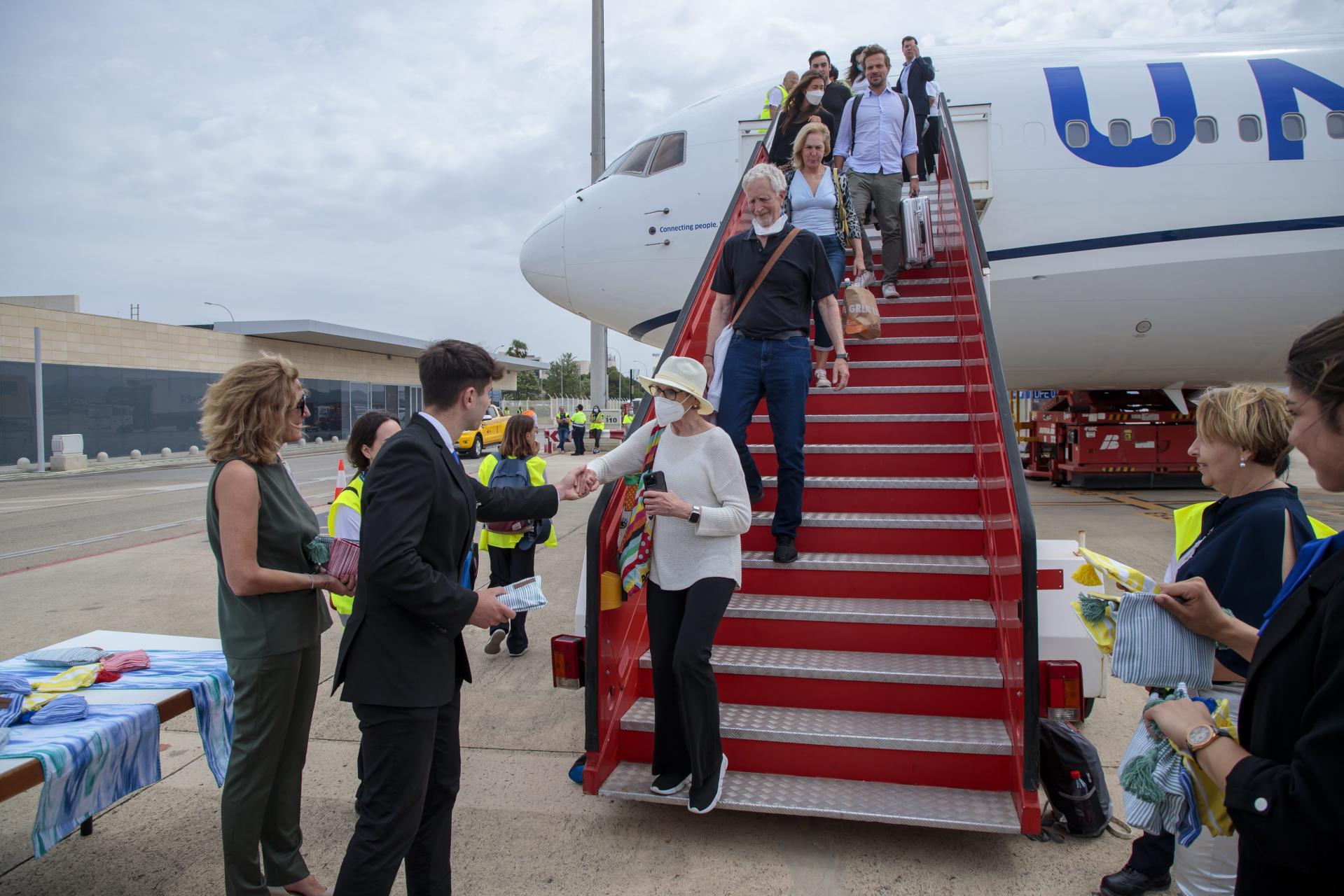 "Today we are taking another important step forward, but our strategy continues, and we will continue to invest efforts to conquer the heart of the American region, to whom we want to show that Mallorca is a unique experience 365 days a year.”

“The fact that Palma receives 1,500 Americans every week is, without a doubt, a great economic impact for the city that will benefit the entire economic and social productive fabric,” said José Hila, Mayor of Palma.

“It is a great qualitative leap for the promotion of our destination. Palma is the perfect destination for American tourists as it offers everything they expect to find on their trip for the year, an unforgettable experience and a quality product.”

The new service between Palma de Mallorca and New York/Newark is part of United’s largest transatlantic expansion in its history, in anticipation of a strong recovery in European summer travel. In total, United will launch or resume 30 transatlantic flights from mid-April through to early June 2022.

In addition to Palma de Mallorca, this includes adding new nonstop flights to distinctive leisure destinations no other North American airline serves including Bergen, Norway; Ponta Delgada, Azores, Portugal; Tenerife in the Spanish Canary Islands and Amman, Jordan. The airline is also launching new nonstop flights from some of Europe’s most popular business and tourist hubs including London, Milan, Nice, Zurich and Munich.

United’s transatlantic route network will be more than 25 per cent larger than it was in 2019. With this expansion, United will serve more transatlantic destinations than every other U.S. carrier combined and will be the largest airline across the Atlantic for the first time in history.

Well said Morgan. The island has much to offer. More than a beach, more that a I’ve been ..tick list. More than a 5star hotels and spas There’s sushi bars everywhere. I hope they take their time and enjoy the real Mallorca.

Welcome, Americans! There's a lot of Mallorca to discover, so don't just sit at the resort all day. You'll be surprised what you'll find. Have a great visit!