Nordic Spotlight: From Iceland to Inca

Gunnar ended up in Inca by coincidence

I have been trying to find someone from Iceland living in the island, who would be willing to talk to me for the Nordic Spotlight, but it has been challenging to find someone. A Swedish friend in Inca, Gunnar Lundh mentioned earlier this year that he knew someone who lived in the Inca area from Reykjavik and that he would introduce us one day.

Me ending up in Inca this summer on a staycation was not so strange at all, as my partner has rented a place there the past two years. His grown-up kids studied in Inca’s High school and the possibilities to use public transports from Inca to anywhere on the island are so much better than the rest of the villages we had a look on before the move. On the backside of the city where he found an apartment, there is a huge garden called Jardin des Monges (The Nuns Garden) with a play park, dog parks, picnic area where you have a lovely walkway with views over the Tramuntana mountains, and where many families can take the chance to rent a small “huerto”, a mini plot to grow their own veggies. It is beautiful. The market on Thursday’s in Inca is known as the biggest on the island, at least before the pandemic. We have found a couple of restaurants we enjoy and from this year you can even find a hotel with a Rooftop bar in the centre of Inca.

Gunnar ended up in Inca by coincidence, first time we talked he introduced himself as the person who tried to buy 3 fincas in Llucmajor area with no success, all for different reasons and ended up in a “Finca in Inca”. A place he had not thought in a million years that he would enjoy living in, but he does now. “The town grows on you,” he says. Gunnar is a very active writer, he does restaurant reviews, he’s got his own Swedish blog about his life in the countryside of Inca, and he is also planning to write a book. Anytime I need a new restaurant or want to have some insider tips about where to go I ask him first.

The first meeting with Andrea Jonsdottir from Reykjavik, Iceland, had nothing to do with an interview. It was an emergency visit after I woke up and could not move my neck at all. I asked Gunnar if he could recommend someone in the area for a massage. “Call Andrea she is fantastic, and she is a social genius too you will love her,” he said.

Little did I know as I stepped into her private town house in Inca. After a quick presentation she started the treatment and while she methodically worked her way over my immobile neck, she told me that she has lived over 30 years in the cute village of Campanet and that she has been organising “Nit de la Moda” a macro fashion show and Fira de Salut, healthy living fairs in the village for years. Andrea says that she is completely integrated in the Mallorcan society and does not really feel that she identifies more with the Nordic people on the island than to the other nationalities on the island. She has spent more than 30 years giving therapeutical massages and alternative treatments like reiki. She also has a very demanding life and is a health coach, where among other things has helped teenagers with emotional challenges to find their way, and also gives extra help to group therapy for Breast Cancer victims. For more than 10 years, Andrea have offered support groups for breast cancer patients around the island, and here she explain why.

“This is something I burn for; it is very important for me to be to help people with cancer. When you get a cancer diagnosis you quickly get a medical plan from your doctor, but many people feel completely lost with this brutal life change. The support groups I run help people to find a way forward, to see life in a different way and to be able to talk to others who are in the same situation without feeling a sense of tabu. I teach them how to handle all the emotional stress that comes with the illness and with the group they have an extra “safety net” and something to look forward to while they hopefully are recovering and planning the rest of their lives.” 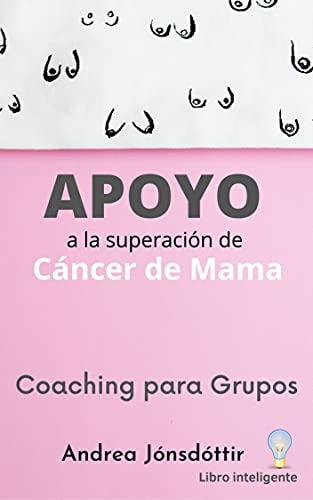 I asked her what the future holds for her, and she said “I always wanted to write a book, it has been a dream for many years.” Andrea’s first book – Apoyo a la Superación de cancer de mama came out this week on Kindle and was the number one after 24 hours!! “It is about on how to survive Cancer and the book contains some of the material I use for my workshops at ULEM. I am working on the translation to English, and it will be out soon,” she says.