A tale of two Humans of Majorca: David Hare and Neven Maguire

Neven with Alvaro of Can Pintxo. | Neven Maguire

David Hare and I sat in Soller Square this week discussing our obsessions with the Soller Valley. This place just gets some people and they end up spending most of their working lives promoting it. David has a house in Soller with his main family home in Kerry. David was introduced to the area in the 1980’s when his mother bought a house near Deya.

That was the beginning of a love affair with the Island which has got stronger over the years. As a young film maker he could see a story and a shot round every corner and the island has become the corner stone of his career. He started spending so much time here filming that to buy a house himself was the next stage. In 2001 he achieved his ambition and downtown Soller was his choice.

David has a film company called Inproduction TV which specialises in food and travel documentaries: Finproduction.tv. His company is one of the leading suppliers of sponsored broadcasting in Ireland with the programmes sold worldwide. RTE the broadcaster is one of Inproduction’s biggest clients, they have an equal love affair with Spain and yearly programmes are commissioned. This is alongside work for PBS in America, BBC, Channel 4 and other worldwide broadcasters.

David has travelled every inch of Spain working with celebrity chefs and other fascinating people. He always has his radar set on the Soller Valley so it’s no surprise that many include his Soller world. Soller works include chefs Myrtle Allen, Neven Maguire and Rory O’Connell, artist Alwyn Crawshaw plus the Soller Train for Ferrocarril and Olive Oil for Majorca’s Department of Agriculture. 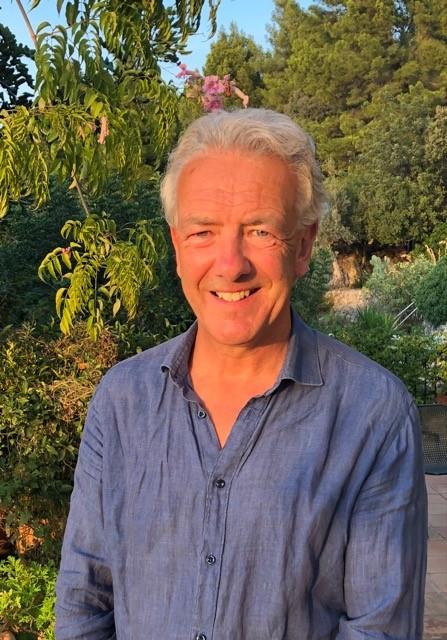 A quick add up found that David has made films including Mallorca in 1990, 1991, 2004, 2005, 2009, 2011, 2019,and 2021. Irish viewers of RTE are amongst his biggest fans and they love the current series which is a yearly jaunt with Chef Neven Maguire as he goes on one of his food trails. Neven has been to many areas of Spain with his programme and some wonderful times spent in Italy.

Neven’s Spanish Food Trails, Balearics 2021 are airing now on RTE. This is the fourth series and this year it’s all about the Balearic Islands of Mallorca and Minorca.

For David to bring his crew to Soller and talk to the local chefs and businesses was an absolute delight for him. Neven was absolutely enchanted by all he saw and is in love with Mallorca. He couldn’t believe it when he sat at Lemon Pie, an authentic Irish Tea Room in the Puerto Soller.

He had a small taste of home there but then was off to experience and cook with the delights of authentic Mallorcan cuisine. To get on the Tram and ride alongside the gardens of Soller full of orange and lemon trees was a particular delight and added to the authenticity of the whole experience.

Neven Maguire is an Irish celebrity chef and television personality from Blacklion, County Cavan, Ireland. He is also the head chef and proprietor of the MacNean House and Restaurant. Maguire has published and launched several cookbooks and features regularly on television and radio in his native country.

He spends much of each year on his trails around Europe and experiences new flavours, ideas and textures to take back to his own kitchen. To say that he is influenced by all he sees and learns is an understatement. 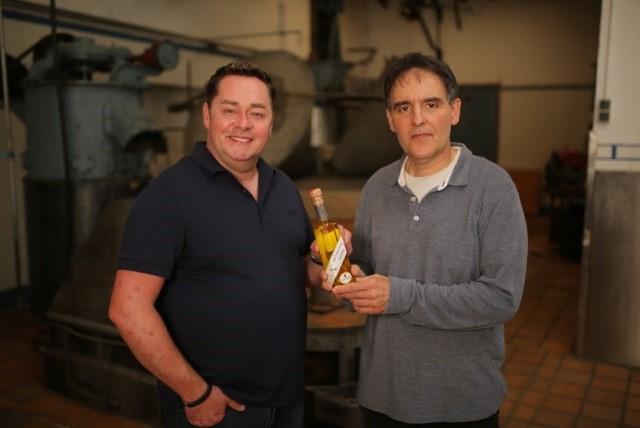 David Hare is an Ambassador for Mallorca, no one asked him to be and no one here pays him to be. He is funded by the programme makers from other places who want their viewers to see and taste the experiences of real places. He is a fortunate man to be doing what he loves in the place he most wants to be. A career involving all the travel, food and experiences he has had would be high on the list of dream jobs.

As for Neven, he is a star in his own right at home in Ireland. His programmes and experience of Mallorca will air there and in the Irishness of the USA. So many influences bring travellers to our shores and Neven’s Food Trails have been extremely popular for visitor numbers.

Such a pleasure for me this week to delve into the lives of these two Humans of Mallorca who continue to bring the Soller Valley and the wonders of Mallorca to a worldwide audience.