Rev Bill Boyce is the new vicar of St Andrews Church in Puerto Pollensa. He has recently arrived from Northern Ireland to take up this post with Eleanor his wife. Eleanor was no stranger to Mallorca and when they were in the ‘getting to know you’ phase of their relationship she brought Bill, for the first time in his life to the island.

These two have a great story of how they met and it was the first step on the road to the life they have now embraced in Mallorca. Bill was a widower and the Rector of St Brigid’s, Mallusk in Northern Ireland. He had a life in Civil Engineering before he trained to be a Vicar in the Church of Ireland. He loved his busy life in Mallusk and the congregation he has now left to come here. ‘It was the hardest thing to tell the parishioners I was leaving’ he says. ‘ After 14 years our community was so connected and like family’. 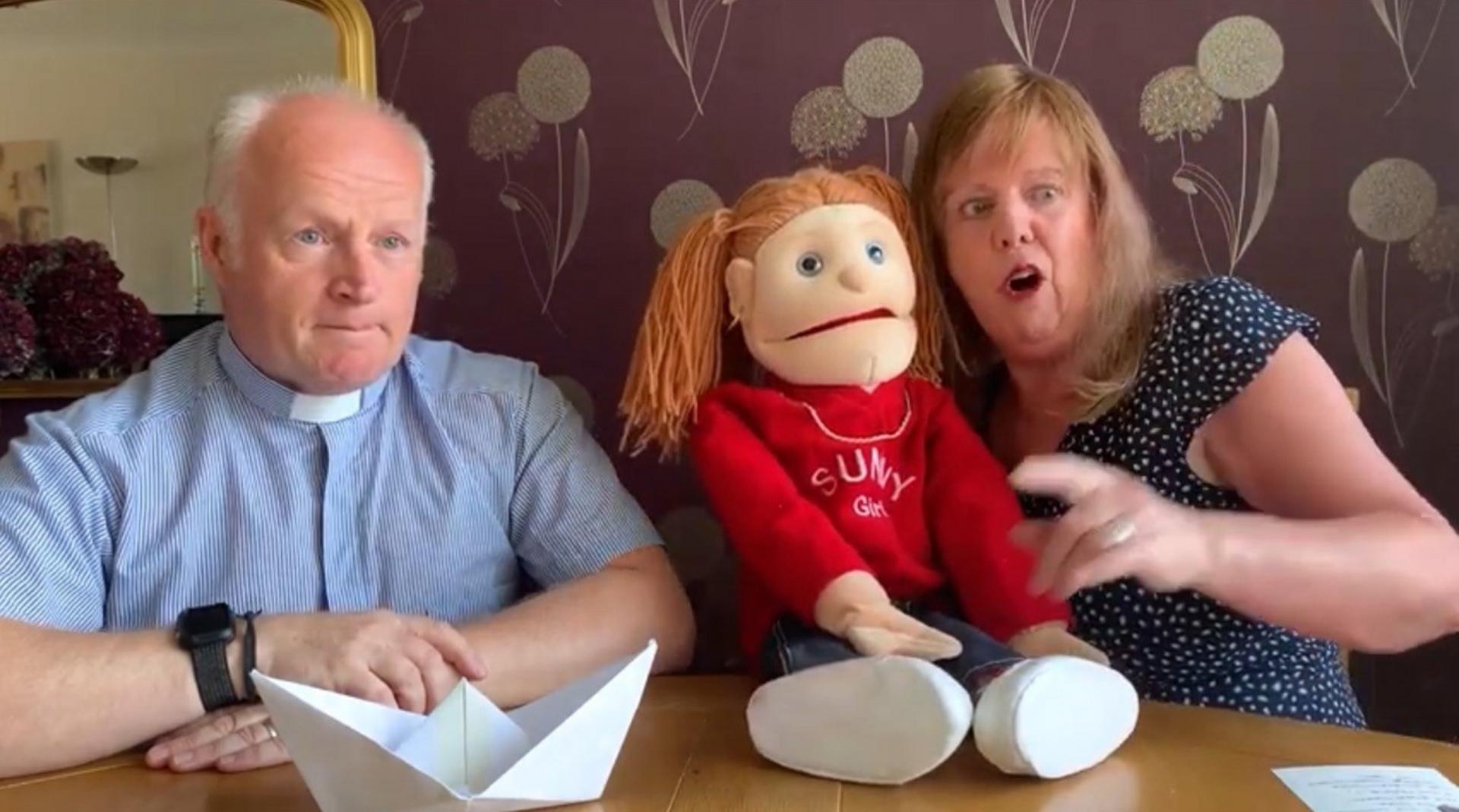 Meanwhile, not very far away in Whiteabbey, Eleanor had her busy church life and career. As the first Organ Transplant Co-ordinator of Northern Ireland she had a high profile appointment which was all consuming. She still found time for church and was a Youth leader and musical accompaniment to many of the activities.

The dating agency ‘Christian Connections’ was their point of contact. A few introductory emails, a meeting and then a beautiful future grew very quickly. They married nine months later, in 2011.

A holiday in Puerto Pollensa opened Bill’s eyes to the island. As a keen cyclist he loved all the opportunities available to him to enjoy his sport. Eleanor introduced him to the church friends she had made in St Andrews, Puerto Pollensa and they became regular attendees when they were on the island. They felt so at home here they bought a holiday home in the port and travelled to the island as often as work allowed. In fact the connection was enhanced when Rev Bill spent three months in the Spring of 2018, on sabbatical in the Anglican church in Puerto Pollensa with Rev Nigel Stimpson. On this visit he truly began to understand the work of this Church and got to know many of the people who attend.

Whilst on Sabbatical he competed in the Mallorca 312 cycle race, completing the 167k version of the event. He used his love of cycling to significantly fund raise. In 2010, Bill and the Rev Andrew Ker, his curate at the time, raised more than £40,000 for the Friends of the Cancer Centre through the Tour de Connor. The cycle marathon, which called at every parish in Connor Diocese in Northern Ireland, was organised in memory of Bill’s first wife Sandra.

Bill and Eleanor learned of the departure of the Vicar of the Puerto Pollensa for a group of parishes on mainland Spain. At the time they were very interested in applying for the post. But so many things were in the way, from work, local connections and their Northern Irish life. One by one all their obstacles seem to fade away and the path became clear for them to apply for the part time position as the Vicar of St Andrews.

A few complications before they arrived including a little heart surgery but now, heart in good order, they were good to go. They arrived three weeks ago and are still unpacking. They are already Humans of Mallorca and are ready to give their energy, enthusiasm and faith to this island. 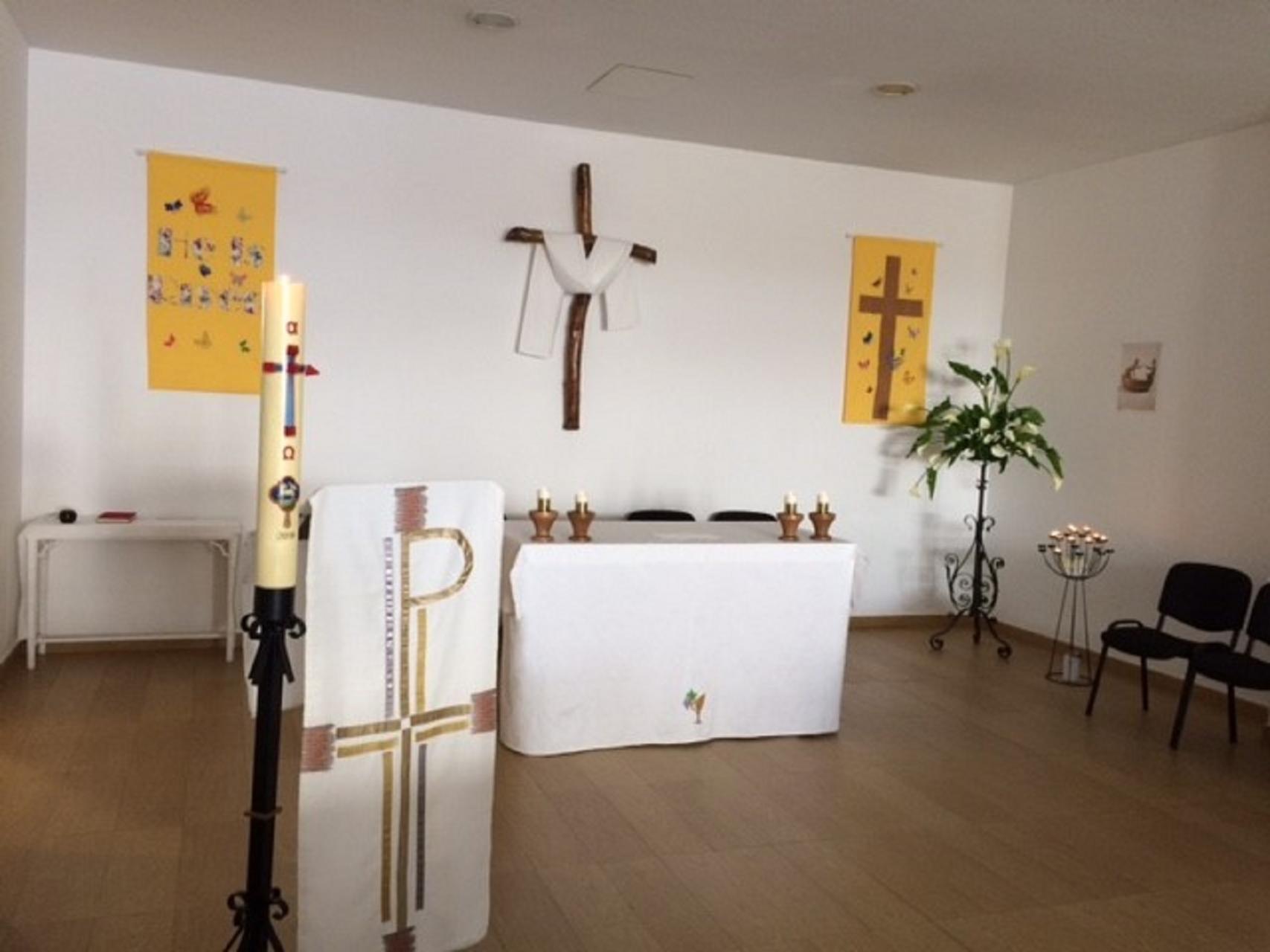 They are very excited about all that awaits them here. The congregation, depleted by the travel restrictions of Covid, is their priority. Then comes the wider vision for the Church and all the people who come their way via the Pollensa base. Hopefully many returning second home owners and visitors will enjoy the beginning of a new era for the Church.

The Anglican Churches of Pollensa and Palma are one chaplaincy on the island, currently with two locations. They conduct their services in English and welcome all to join them. Two churches, two vicars and two congregations who hold out the hand of friendship and welcome.

The island welcomes Bill and Eleanor to their new life here.