“Give me a blues song, tell the world what’s wrong...”

Gregory Porter, in my humble opinion, is the greatest living blues singer. A regular on British TV, thanks to the likes of the legendary Jools Holland, not to mention gracing the Pyramid Stage at Glastonbury in 2016 and participating in the VE Day 70: A Party to Remember, a televised commemorative concert from Horse Guards Parade in London, singing As Time Goes By , there will be very few music fans in the UK, not to mention across the world, who are neither familiar with his breathtaking voice nor his stature - as a university student, he was all set to be a professional American Football player until an injury cut that path in his life short.

His voice continues to be as powerful, if not more so, than he was on the football pitch, but a more humble and understanding human being, will be hard to find.

This week, ahead of a concert in Ibiza, he took the time out to honour me with an exclusive interview for Spain as he enjoyed fresh local olives and a Mojito while relaxing on the beach.
“I’ve only just landed from the States, so I’m chilling and enjoying the vibe here, it’s cool,” he told the Bulletin this week.

Despite his range, he sings gospel and jazz, he won the Grammy Award for Best Jazz Vocal Album in 2014 for Liquid Spirit and in 2017 for Take Me to the Alley, he likes to be considered a blues singer.

“Blues is the root of who I am, it’s what I think about, the blues has clarity, dignity and it’s sincere, no matter how complex. My complexity comes from the ups and downs in life, and I had my share growing up. I grew up surrounded by music, my mother was a minister so church gospel was with me from the very beginning and we were always singing at home. When we were decorating, cleaning up, working out in the yard, me and my mum, we were always singing. Family gatherings, my life was full of song and yeah, gospel had a huge influence on me, it’s emotional and expressive.

“Plus, I grew up listening to a great record collection, all the great blues and jazz singers but also country as well, no one has a monopoly on good song writing and singing.

“But, I initially had difficulty in trying to figure out what I wanted to do, which path I wanted to follow, what kind of journey I wanted to embark on. Yeah, I always loved to sing and write, especially about love and mutual respect and that has become my theme, my story.

“I like to write about respect, but that quite often comes out of disrespect, hurt and being mistreated and I look at people, the little people, and try and put a story to them. Everyone has a story whatever their job, be it the lady who just checked me in at the hotel or the people who kindly cleaned my room before I arrived, they all have a story but sometimes I don’t know their story, so I will imagine one. Through my music I want to reach out and speak to the little people, some may have been victims of violence or some other kind of misfortune, quite often out of their control. There is a lyric in my song Musical Genocide ‘Give me a blues song, tell the world what’s wrong’, that’s where I come in. I will keep speaking out for the people who are being trampled on and right now, back home where I come from in the United States, a lot of little people are being trampled on. We (Americans) are not in a good place right now, it’s not the democratic experience I expected but I’m hopeful that the majority of people will eventually see through the White House, remember who we are and what we represent, as opposed to Donald Trump’s version. 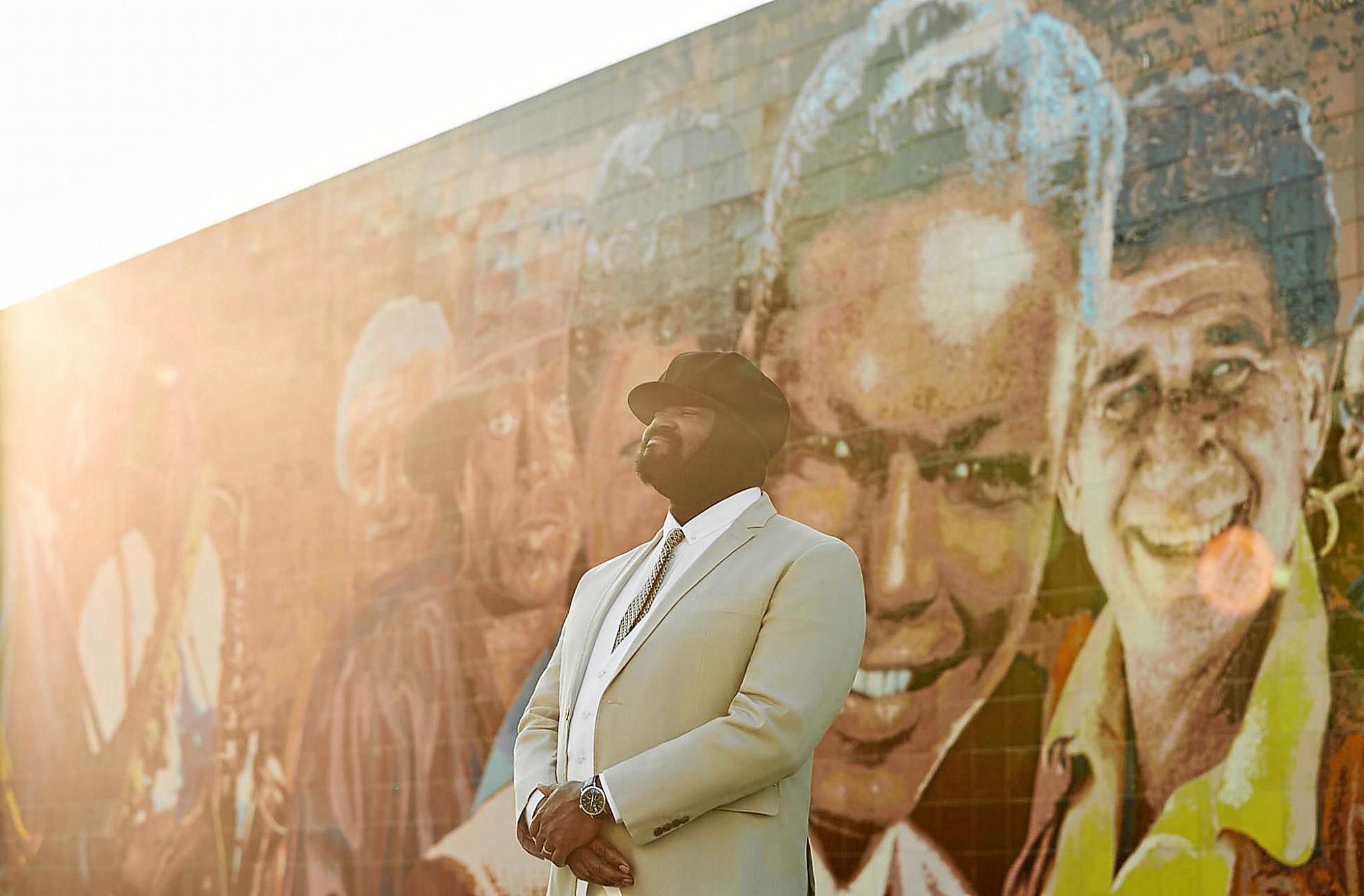 “And I’m very proud to part of a posse of people around the world who are travelling along the same path and I do what I can by writing songs and singing.

“But I have to tell you, and I guess as you’ve been following me and my music you will know, Nat King Cole was inspirational to me a child. When I was a kid, aged six and seven, my father was never around, but my mother had some great compilation recordings of Nat King Cole and many of his songs, what he had to say, filled the void of my father. Nat King Cole’s music gave me the instruction and guidance I never received from my father, Songs like Nature Boy, Smile, Pick Yourself Up, these songs were my father figure and I have never forgotten that. It is one of the reasons I often sing Nat King Cole songs and recorded the album Nat King Cole & Me in 2017. I guess it was my way of saying thanks while also keeping his message, one I share with him, alive,” Gregory said.

Growing up, Gregory went on to work as a Chef/performer at a restaurant in Brooklyn before moving to the Harlem club St. Nick’s Pub, where he maintained a weekly residency.
“This is when I started to listen to my own voice and think about what I wanted to say, how to express best what I wanted to say. I still listen to a lot of older music, I wouldn’t say there is anybody out there right now who influences me. I’m not really into that. Firstly, I am who I am and that goes for my music, but there are musicians in all kinds of genres who are travelling the same journey as me and I respect that, so at times I check them out, but only to see how they are doing with their musical travels.

“I am doing some work with Willie Nelson’s son, Lukas. There’s something fresh and different about him and I want to find out what’s going on, what’s the story and that is how I approach life and people in general.

“Yes, in a way you could say I am a musical journalist because everybody has a story to tell and an experience to share which we can all learn from, especially in the times we are living.
“At the end of the day we are all human, whether we’re black, white, Italian, German, Spanish, British, Asian, there is a universal story and that is humanity and respect.

“We need to love each other, love our mothers, our children, our friends, respect others and the world we live in and through my music and my thoughts, that is what I’m trying to find and express,” Gregory said this week.

He will be opening the Port Adriano Music Festival on July 21.

Go and enjoy a rare and unique uplifting experience.