When most of us hear the words ‘Cannonball Run’ we think of Burt Reynolds and the rather entertaining 2003 film about an illicit race from the East to West coast of America. Or, if we’re old enough or into films, we might think of the 1976 film called ‘Gumball Rally’. Or even one of the five or more films about the ‘Cannonball Rally’. Or even the TV series. The thing is that over the years there’s been a lot of interest in this race, which still exists to this day in various forms and route variations.

However the race beginnings go back about 105 years, to the early part of the last century. As long as cars or vehicles exist and there are roads to drive on, there will be racing, if for no other reason than just to see who can go faster. The whole thing started with an American guy called Erwin Baker, born in 1882. One of those natural entertainers and personalities who always becomes known for something interesting. After starting in vaudeville he discovered he was a rather good driver, both motorcycles and cars.
Just because the roads were there, more or less from coast to coast, he drove from the East to West coast and vica versa to see how long it would take. His specialty was to promote vehicle manufacturers by driving long distances point to point in record times. No record, no pay, was his motto. And that’s how it started with a drive in 1915. Erwin made it from LA to New York in 11 days, 7 hours and 15 minutes in a Stutz Bearcat. His fastest, in 1933, a record which stood for over 40 years, was 53.5 hours in a Graham-Paige. Today’s record is just over 28 hours. He was nicknamed Cannonball Baker by a journalist who compared him to the Cannonball Express train from Illinois made famous by Casey Jones. Another American adventurer.

Erwin’s famous coast to coast drives inspired the first ‘Cannonball Baker Sea-to-Shining-Sea Memorial Trophy Dash’. This is what we now think of as the ‘Cannonball Run’. Quite how it turned into ‘Gumball’ is not clear, not to me anyway. It’s claimed that at the start of one of the races, the organisers used the code word Gumball instead of Cannonball to try and disguise the race from the police. Who of course took great pleasure in trying to hand over speeding tickets to anyone they could catch.

As it goes, catching the cars may be a tad tricky, as Dan Guerney, a famous US racer said after one event “At no time did we exceed 175 mph.” And in May 2003 a Koenigsegg CCR was pulled over after getting caught doing 242mph in a 75mph zone. Enough said. Nowadays there are long distance driving events descended from the Baker Cannonball, two of which are the Gumball 3000 and the Modball Rally, the latter for modified cars. Both based on covering 3000 odd miles from point to point, mainly in Europe. Incidentally there is only one rule: ‘There are no rules.’ 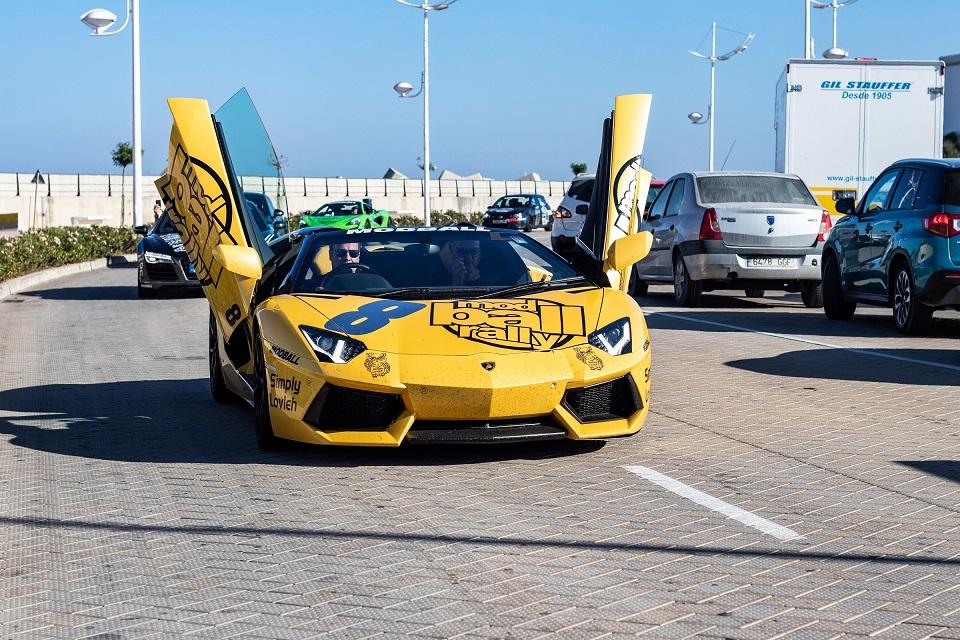 The European rallies don’t have the same simplicity as driving from coast to coast in the USA, mainly because Europe is not that shape. But it looks like a lot of fun. This summer the Modball route was from London via Paris, Geneva, Barcelona and Valencia, finishing in Ibiza. Clearly a ship or two involved at some point. It’s not known if anyone was pulled over. The photos here are from Ibiza town at the finish. I’ve selected a variety of cars to show you, but the full selection includes quite a few Lamborghinis. Quick and reliable seeing as they’re based on Audi mechanicals. 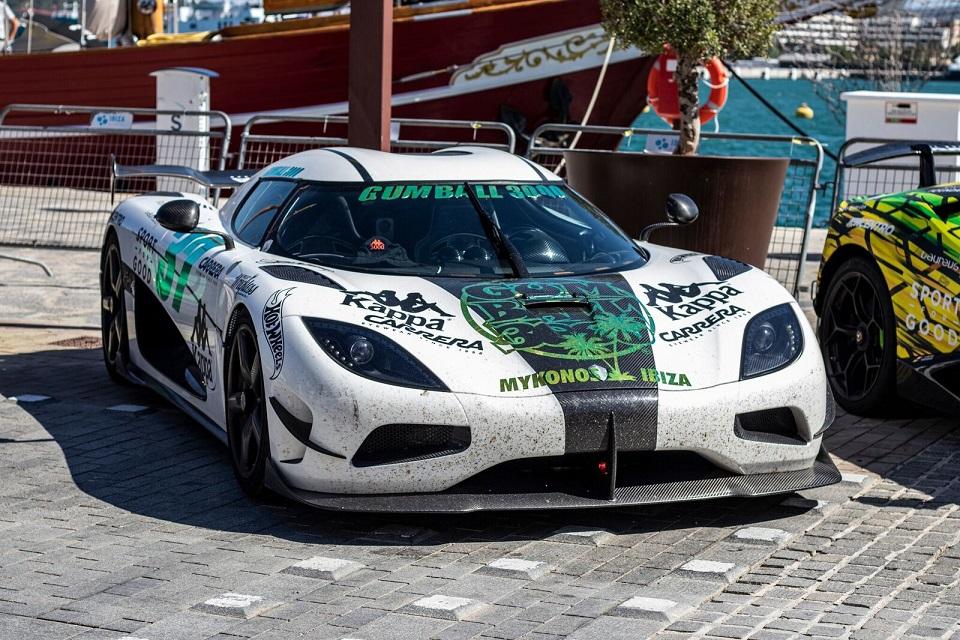 Don’t drive too fast this week, especially if you’re tempted to drive coast to coast. Next week, a report on the Classic Car Club of Mallorca’s ‘Numbers Challenge’ run. Over and out.