It’s that time of the year again, the Goose is getting fat, Partridges will be in Pear trees, Turtle Doves are singing and a whole host of other things going on. Well the Turtle Dove is actually a summer visitor but not to worry. The Collard Dove however is a resident breeder, and doing very well throughout the island. Back in January I counted 58 together at the Albufereta Marsh, now that is an impressive number. They were mainly around the Pine copse near the entrance and were on alert as a light-morph Booted Eagle had just passed low overhead. Personally I have never seen a Partridge in any tree let alone a Pear one. But we do have the resident Red-legged Partridge on the island, which (despite the barbarism of the hunting fraternity) is doing well. Any open fields and edges are always a good place to look for them, where they form little ‘coveys’ and are always on the lookout for danger.

Usually close by are Pheasants, and like the Partridges, if danger looms they will run into deep cover rather than expel energy by taking flight. With the sunlight on the feathers, the male Pheasants look quite pretty as the iridescence of greens, purples and blues bounce off their feathering. 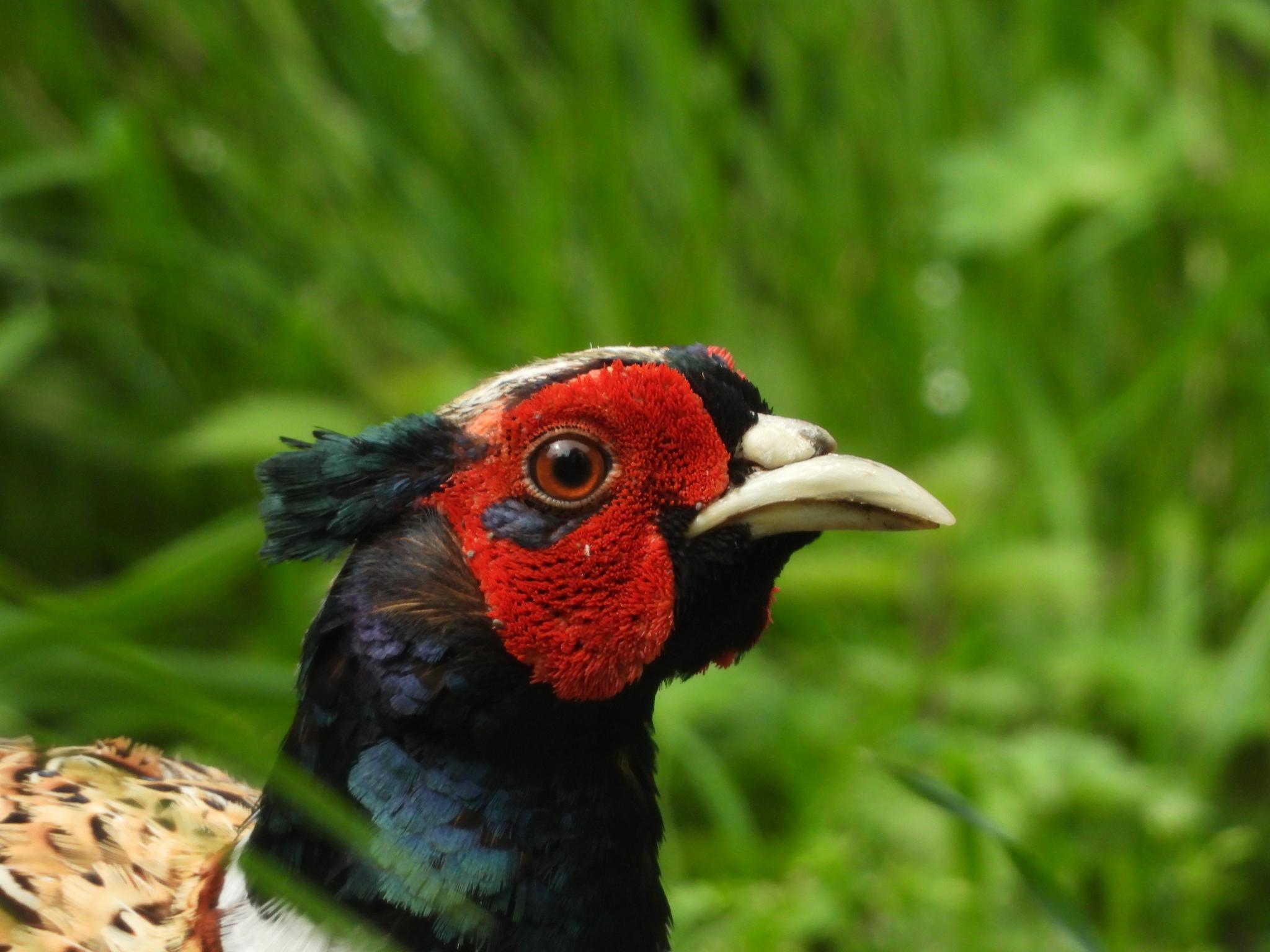 There is a parasitic plant that can occasionally be seen at any time of the year, but at Christmas it has a particular role to play in the decorations of homes and in plays – and despite it being poisonous, it is much sought after – the Mistletoe. In Spain we get the Viscum cruciatum race occurring which is different from the European Mistletoe. We tend to see Mistletoe many times, but do we actually know much about this strange parasitic plant? Mistletoe is the common name for most obligate hemiparasitic plants. They are attached to their host tree or shrub through which they extract water and nutrients from the host plant. Their parasitic lifestyle has led to some dramatic changes in their metabolism as well. The name Mistletoe originally referred to the species Viscum album (European mistletoe).

A separate species, Viscum cruciatum, occurs in Southwest Spain which I have seen. The word ‘Mistletoe’ derives from the older form ‘mistle’ adding the Old English word tān (twig). ‘Mistle’ is a Germanic name. According to the happier versions of the legend Baldur (sometimes spelled Baldr or Balder) was killed by an enemy’s arrow made of Mistletoe. His mother, the goddess Frigg, wept tears onto the arrow. Overjoyed, Frigg blessed the Mistletoe plant and promised a kiss to all who passed beneath it. What you have been hanging from your eves every holiday season can actually poison you if ingested. Mistletoe isn’t known to kill humans, but it can cause drowsiness, blurred vision, vomiting, and even seizures.

Greylag Geese will be present in small numbers in the winter, with the salt pans in the south and the Albufereta Marsh in the north being reliable sites. Any geese are worth a look through for something that little bit different, as I found at the salt pans one December when I spotted a ‘Tundra’ race of Bean Goose – that was a very exciting time. There is one special little bird in Christmas folklore too, and one which is a common winter visitor to Majorca – the Robin. In Victorian times, postmen were nicknamed ‘robins’ as their tunics were of a similar colour. Here the Robin is full of character and does very well around humans. 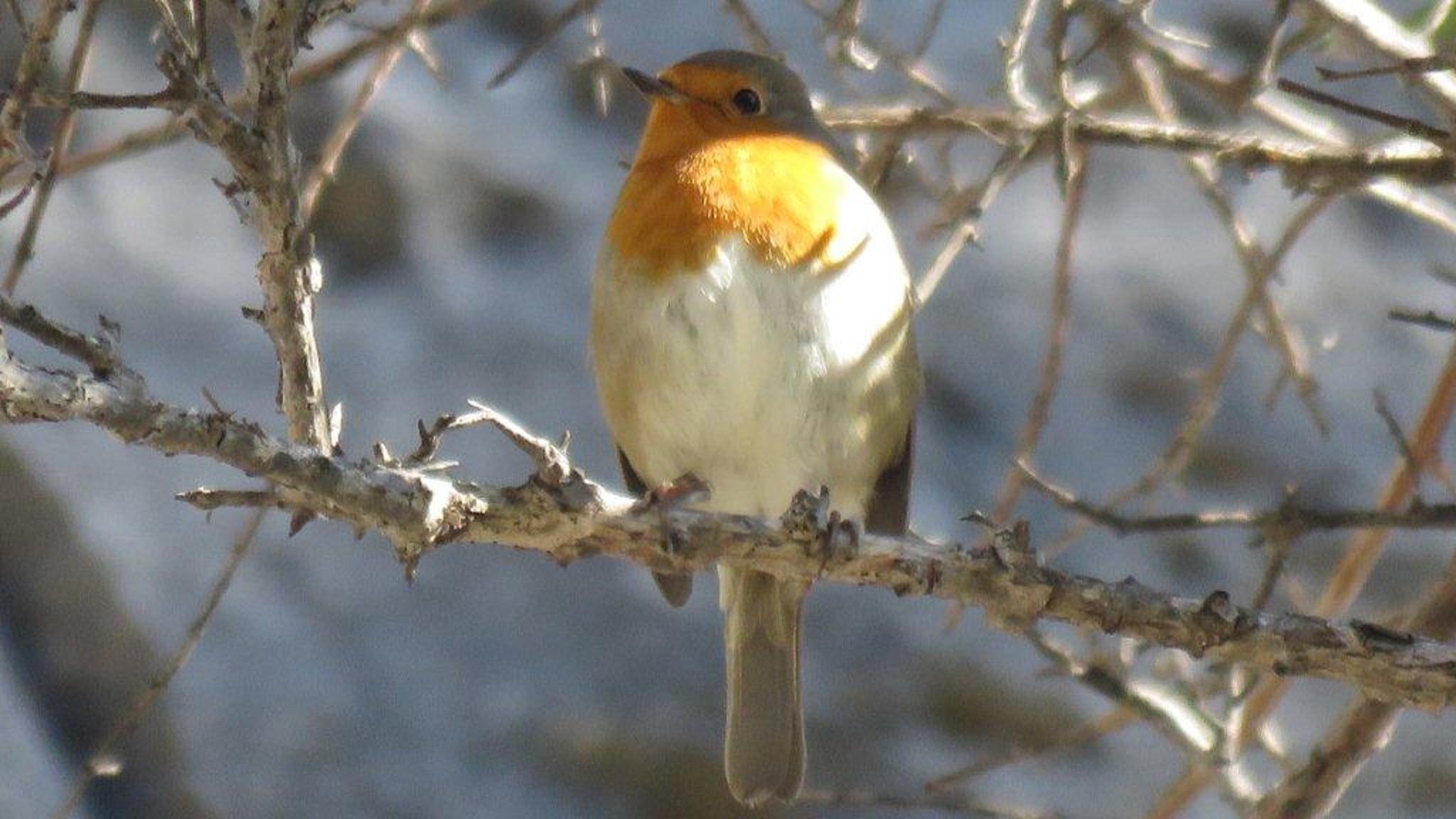 On occasions, Robins will get an urge to sing right through the night, where they take advantage of street lighting, and will even seize the opportunity of catching a few Moths also attracted by the light. Both sexes are identical except for one subtle difference – the red on the front of the male extends a little higher over the eyes than it does on the female. Night walks will often get the observer wondering what the strange squealing-like sound is coming from the marshes, and although they can be heard by day as well, the culprit always stays hidden. The call is often described as sounding like a squealing Pig, but once the culprit is seen, it becomes evident why it remained elusive for so long. It is of course the shy Water Rail – my chosen bird of the week on Majorca.

The plumage provides excellent camouflage in dense reed beds, and in flight they show trailing legs, long wings but a weak fluttering action. They are 22-28cm in length with a wingspan of 38-45cm and a weight of 100-140g, so they are a chunky bird. Well vegetated rivers, marshes and reed beds form their habitat, and on Majorca they are a breeding resident nesting on the ground in thick vegetation near to water, where anything from 6-11 glossy off-white eggs are laid. Aquatic food forms the bulk of their diet along with invertebrates, insects and plant material. There have been reports during extremely cold weather of Water Rails killing other birds for food, and recently I saw footage of a Kingfisher being caught and drowned by a rail (destination not revealed). When moving thorugh the reeds it will walk slowly and methodically, and if danger looms it will ‘freeze’ on the spot. They are a very secretive water bird with the voice being a harsh squealing or grunting sound, and a nocturnal ‘kipp kipp’ call. Adults are mostly dark-brown above and a slate grey-blue below. the dark flanks are strongly barred and the tail is noticeably white beneath. The sleek bill is red and slightly down curved and contrasts well with the striking red eye. The female is a little smaller than the male with a slightly shorter bill, otherwise they are identical. Juveniles are browner than the adults. Interestingly, the name Rallus aquaticus comes from ‘rallus’ the Latin word for thin (the body is laterally compressed to allow it to move through dense vegetation). The species name is the Latin word for ‘living by the water’. Like the Night Heron here, this species was also considered a delicacy by the Romans and is featured in wall paintings in Pompeii.

Marinero | over 2 years ago

Congratulations on this nature feature, Majorca has so much to see and easy access.