I’m finding it quite difficult to concentrate on writing this week’s piece. What with the constant cacophony of Coronavirus news from around the world as well as close by. I just had to mention the subject as it seems that every half day something changes and the news just keeps flowing in like an infected spring stream. And life in lockdown. We’re living though unprecedented times. Anybody who’s planned anything at all is up in the air. Even within our relatively small group of family and close friends there have been so many last minute cancellations and major changes of plans. And now a reluctance to make any future plans, knowing they will inevitably have to change.

For example, my brother-in-law and lovely wife had their trip to India cancelled, literally a matter of hours before departure. Another friend is in the same boat. Others on a similar itinerary received the cancellation call at the airport. I guess mobiles have their uses. From a personal perspective, ski resorts have closed all over Europe for the rest of this season. And just as I write, the one we’re in has shut down. That’s with one hour’s notice by the way! Crisis, what crisis? The thought of being cocooned high up in the Alps seemingly miles away from real life is appealing. But it may get a little tedious after a while, so we’re planning to leave before we’re marooned here. 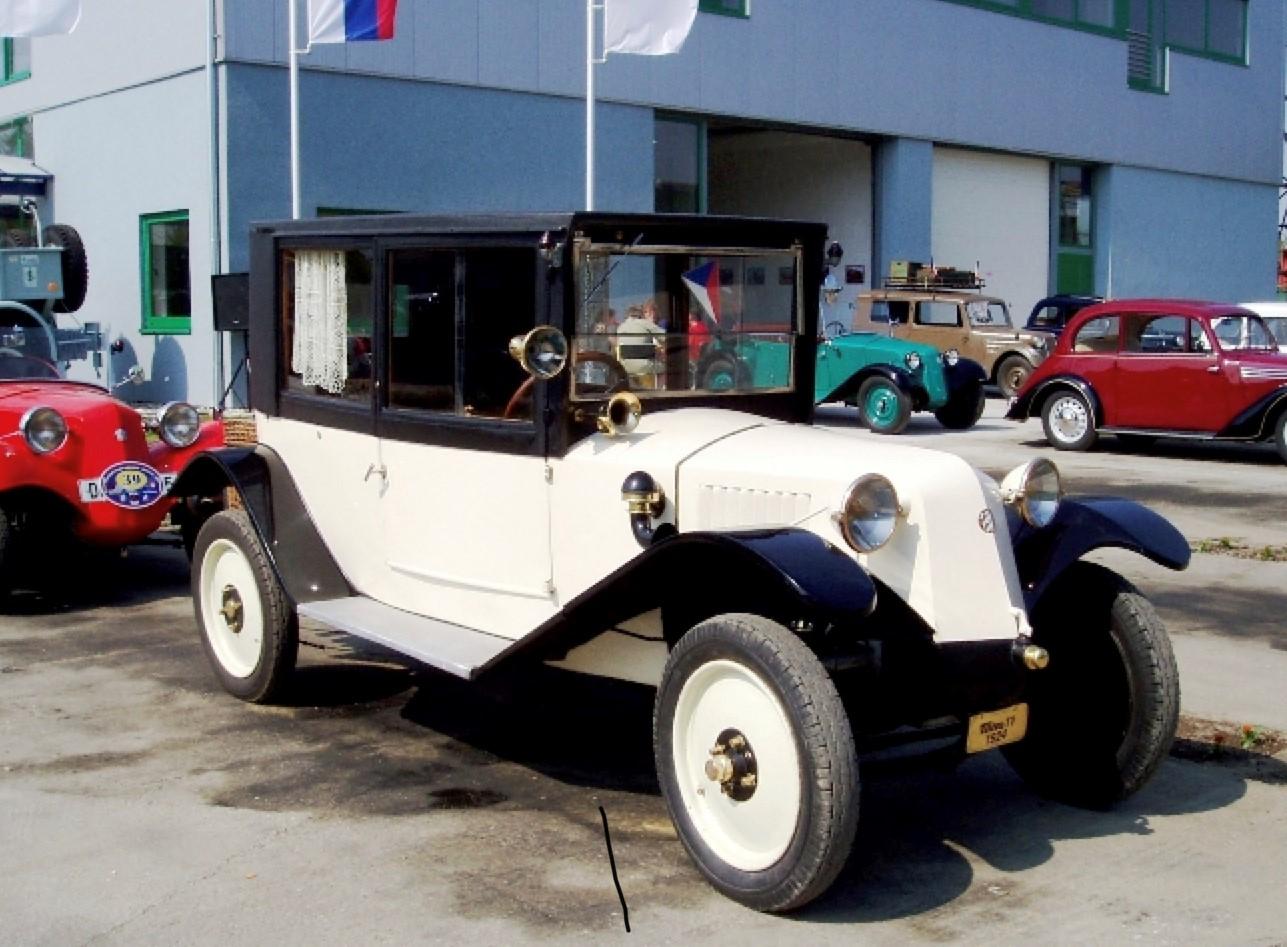 Tatra 11, the chassis was a forerunner of the Beetle and early Porsche.

Seriously though, this whole situation is critical and those anecdotes are merely about inconvenience. I understand the peak of the Coronavirus crisis may well be several weeks away, so we’d better get used to it. 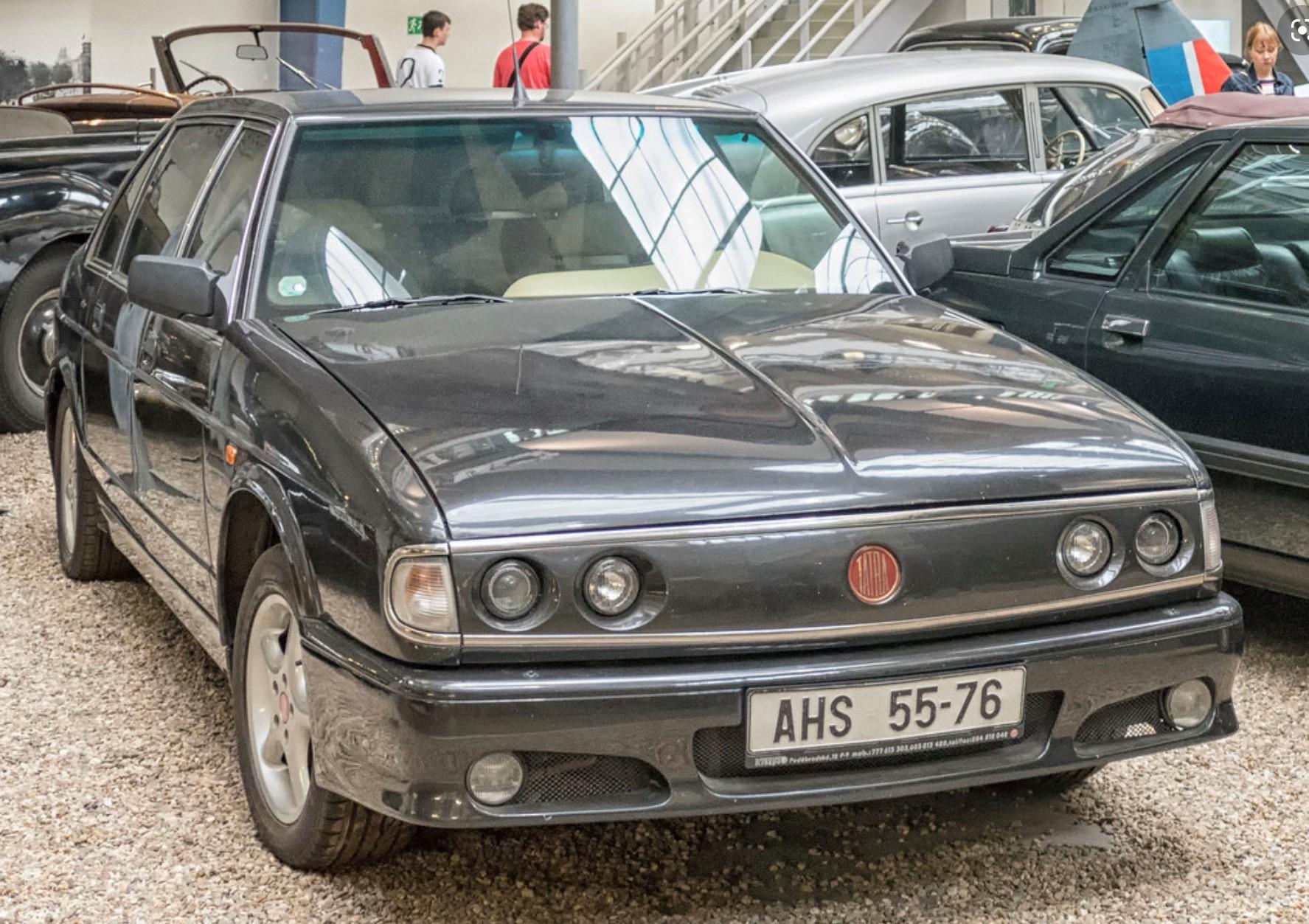 Talking about peaks, my original intention was to write about Tatras. What’s the connection? The Tatras are a part of the Carpathian mountain range, the part bordering Poland and Slovakia. I know them well, it’s where my mother taught me to ski, in a place called Zakopane. It literally means ‘buried in the snow’. 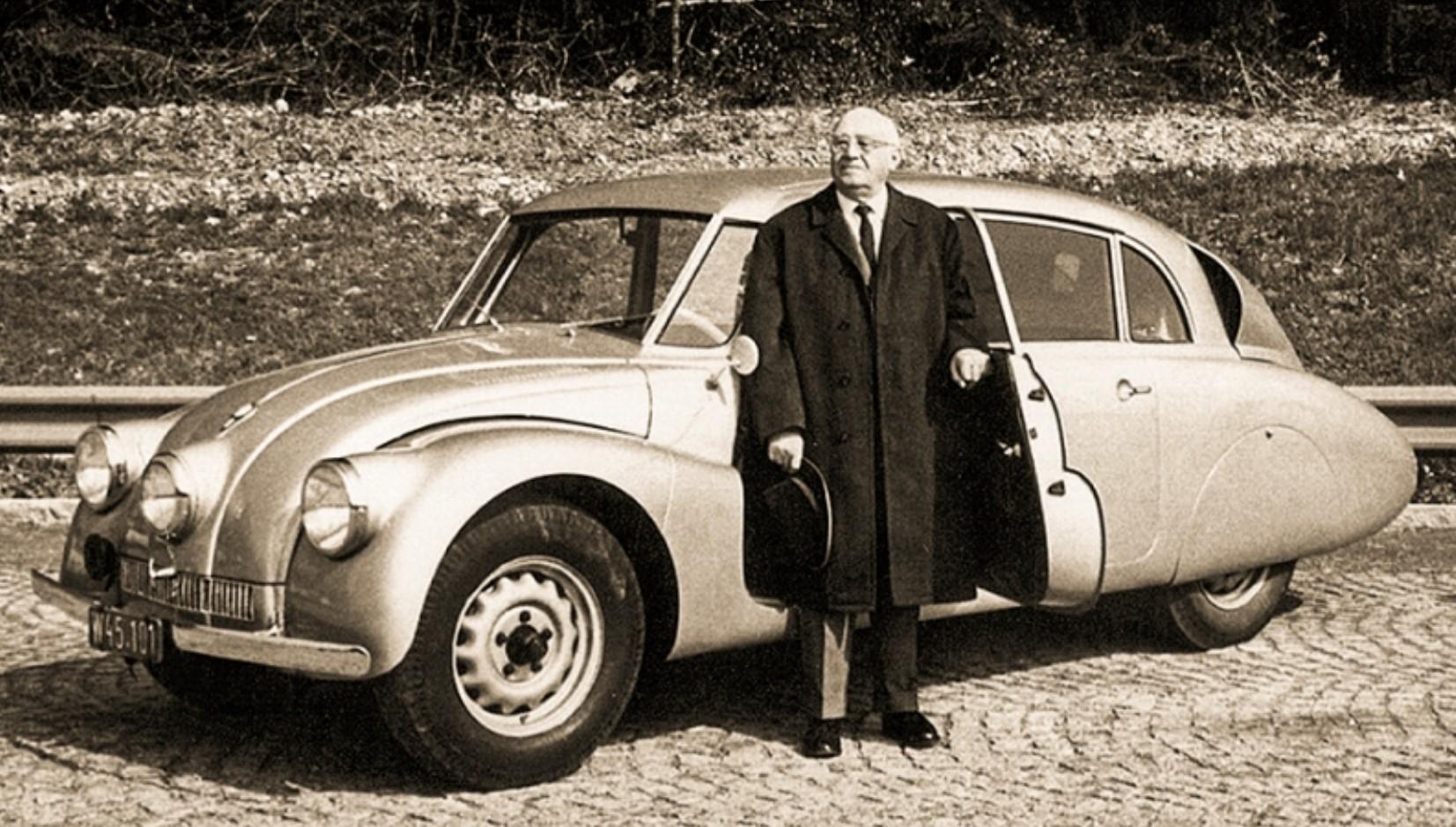 Hans Ledwinka with his own and favourite 870. Photo: Tatra

Tatra is also the name of the third oldest vehicle manufacturer in the world, having started producing cars in 1897. And it was named after those mountains in 1919. Around 1921, one of the most talented engineers of the previous century, Hans Ledwinka, returned to the company to design the revolutionary Tatra 11. Revolutionary because it featured a rigid backbone chassis with swinging axles at the back, giving independent suspension. A format which ‘inspired’ one of the best known cars ever made. 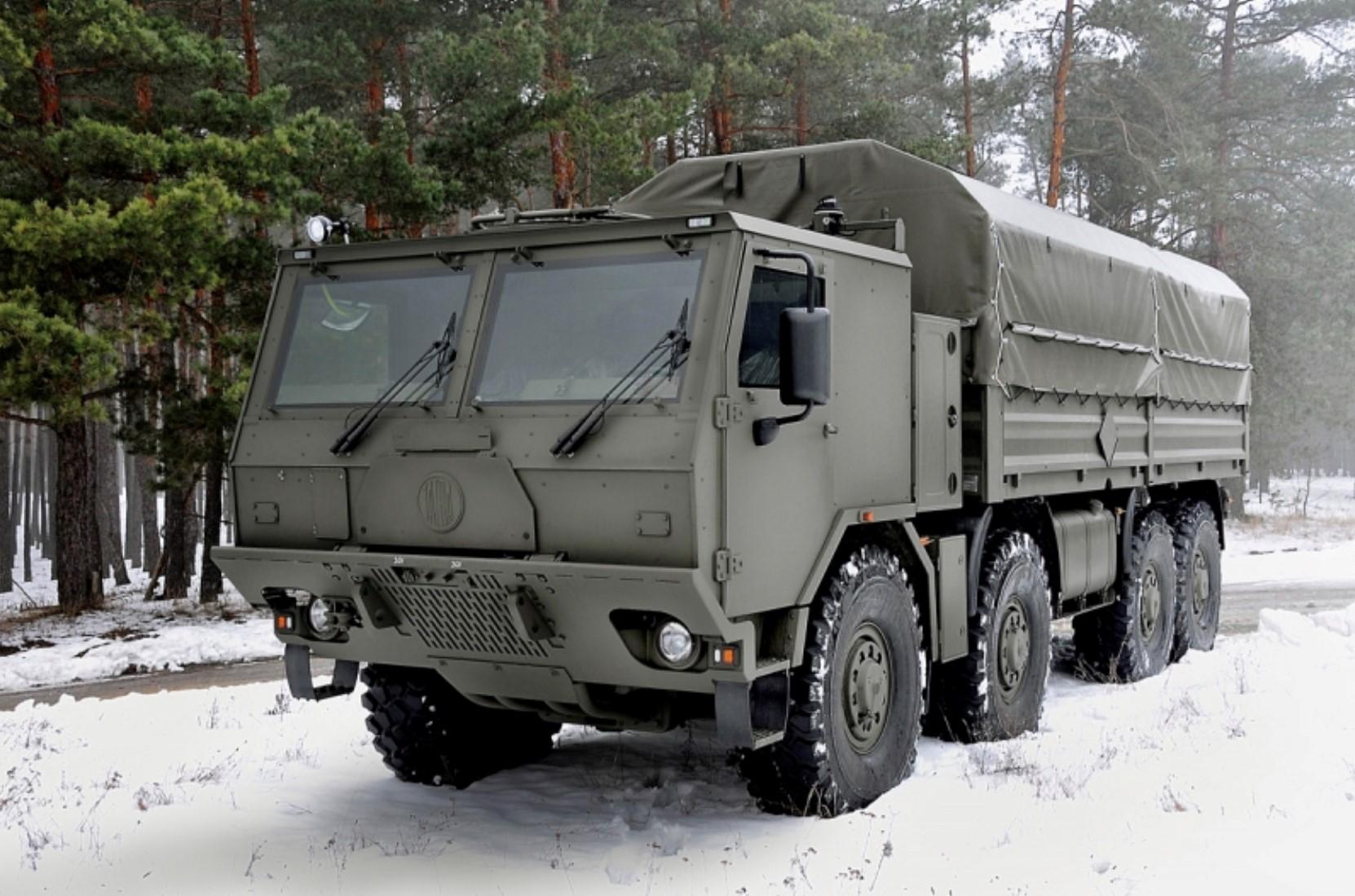 Today Tatra makes some serious trucks, you don’t mess with one of these.

Later in 1933 he came up with the Tatra 97. A rear engined, aerodynamic, backbone chassis, independent rear suspension car, designed for the masses. Sound familiar? Ferdinand Porsche, who designed the VW Beetle for Hitler, was a close colleague of Ledwinka and was overheard saying that he may well have been looking over Ledwinka’s shoulder when designing the Beetle. 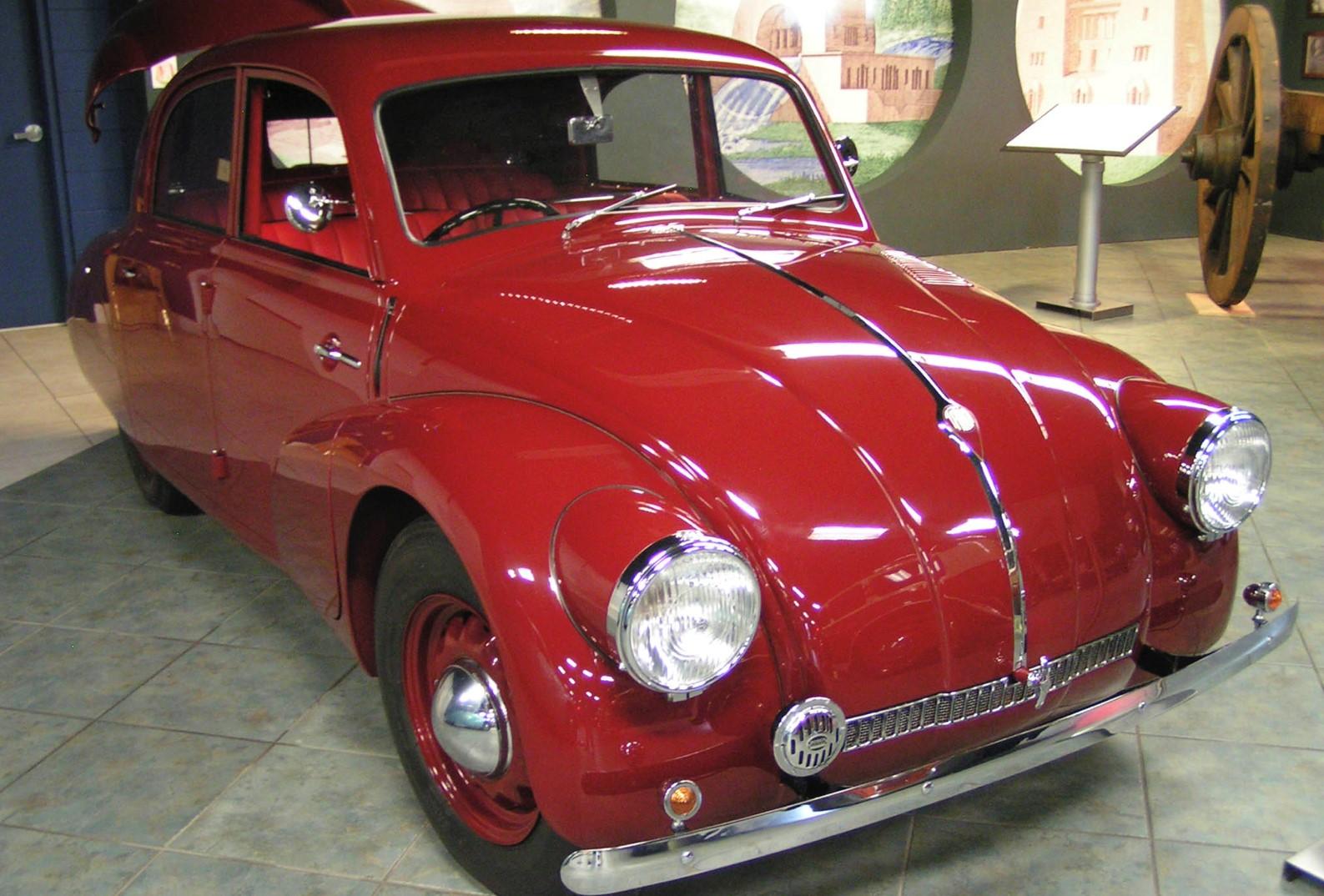 So much so, that Tatra sued VW just before the war for misappropriating it’s designs. But the court case was terminated by Hitler’s invasion of Czechoslovakia. In fact, after the war, VW did have to pay 1 million Deutsch Marks to Tatra in a 1965 out of court settlement. Better late than never I guess. To this day the Tatra case is a very sensitive issue within VW. Best not to mention it apparently. Especially since Porsches were also originally based on the same chassis. Ouch, sensitive subject or what? 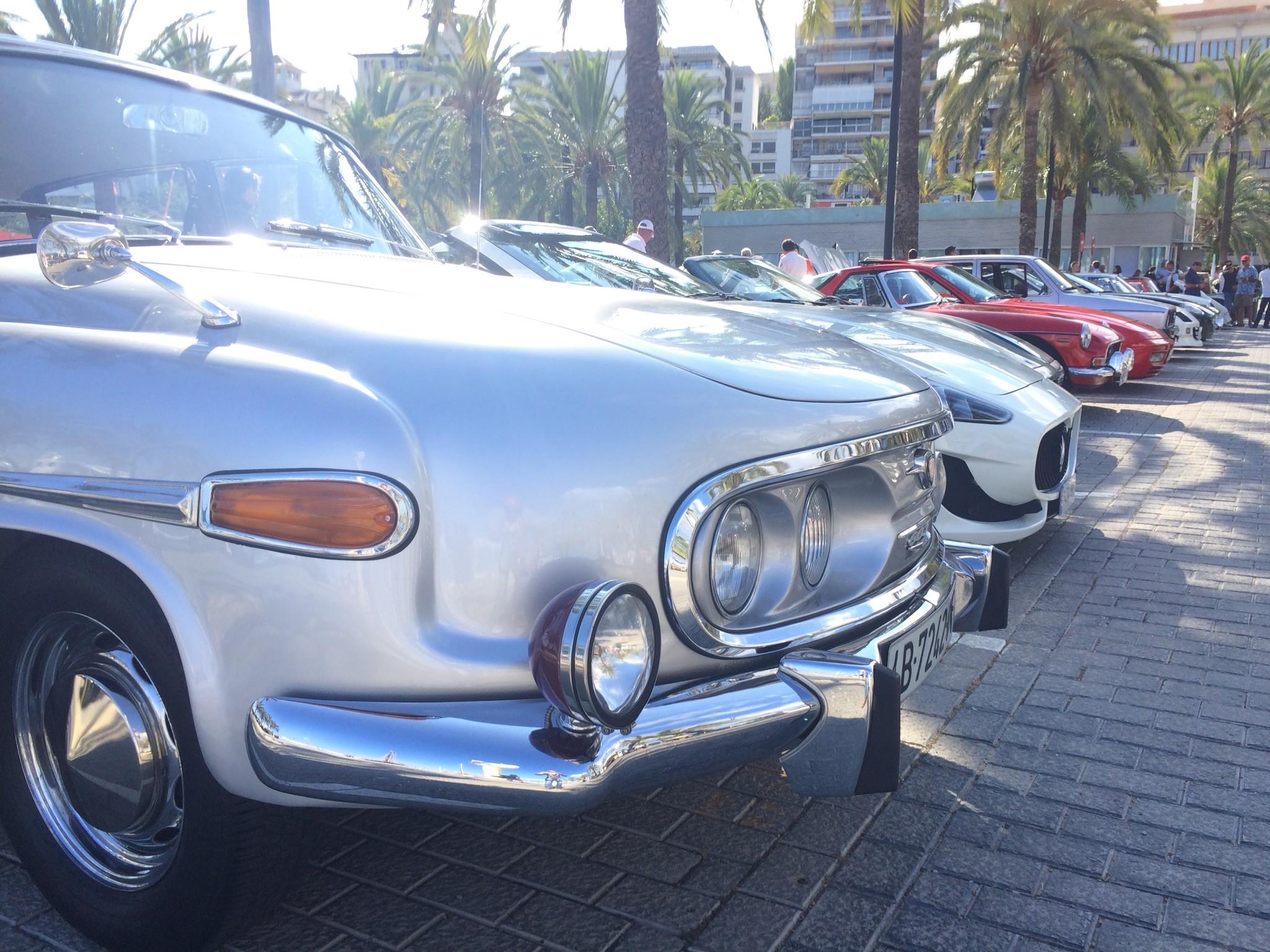 Moving closer to home, whilst Tatras are very rare everywhere, we do have a lovely specimen in Majorca. Actually, right now this Tatra 603 is residing in Slovakia where it’s getting a thorough fettling and going over by a specialist near where it was born. The 603, as do all ‘modern’ Tatras, features that incredible air cooled rear mounted V8. From the photos you’ll see that Tatras are anything but ordinary, in both looks and engineering. 603s were so well engineered that if you bought a new one, the factory used to take your old car and rebuild it to the latest spec to sell as new again. How’s that for the ultimate in environmentally friendly, eat your heart out Greta.

On that note, please stay safe and hope to see you again next week. There will be more updates on our very own Majorcan Tatra in due course.