Well my fellow self-isolators, I’m hoping you are managing to stay safe and finding ways to pass the time during the restricted movements? Last week one of my suggestions was to start a garden list or seen from your home list. I know of one friend who is on garden species number sixty which was a Wryneck. There are a small group of bird watchers throughout Majorca who have a fun competition going on amongst them whereby they are looking to spot as many birds as they can both from their gardens and overhead. And why not, they are keeping safe and sane by having some fun and respite.

A couple of points of interest before I go on to cover migration. For a while now I have been in touch with a resident who owns a farm close to Pollensa, and once the restrictions are lifted, I am looking to visit and stay for a while. I’m looking forward to this as the farm is in a lovely setting with a good mix of birds and wildlife, so that will no doubt form the basis of a future article.

Very recently I was delighted to be contacted by no other than Pat Bishop. A while back I wrote an article entitled ‘Pioneers of Majorca’, and I mentioned my favourite hides on the Albufera which are the Bishops 1 and 2 hides, and the Eddie Watkinson hide. I had a lengthy conversation with Pat, and I was delighted to learn more about her and others involvement in getting the Albufera Marsh off the ground, and to learn that Eddie (Edmund) Watkinson was her late husband. A small world sometimes but what an enlightening one. Look out for a future article on the sterling work done behind the scenes by Pat and others coming shortly.

Migration has begun on Majorca, but it is still moving a little slowly. First to arrive were the usual Swallows and House Martins with a few reports of Black Kites moving through. Although Booted Eagles are a resident species here, numbers are sometimes boosted by migrants, and there have been more sightings of this species lately. My first ever Booted Eagle was a light-morph bird passing over the Habitat Apartments in Puerto Pollensa on my first ever visit to Majorca. It was a Wednesday afternoon and I was outside talking to a bird watcher from Yorkshire. I remember saying there and then that this was going to be a magical week for me. In fact, it was, that first ever week here I had fifty new species for my bird list. I was in bird watcher’s heaven.

Marsh Harriers are passing through in good numbers, and for some people, one common misconception is that they are a mountain species. Yes, you will see them in the mountains, but they are more at home over the marshes and fields where they can hunt for ducks and other prey. Any of the marshes on Majorca are ideal places to sit and watch them. 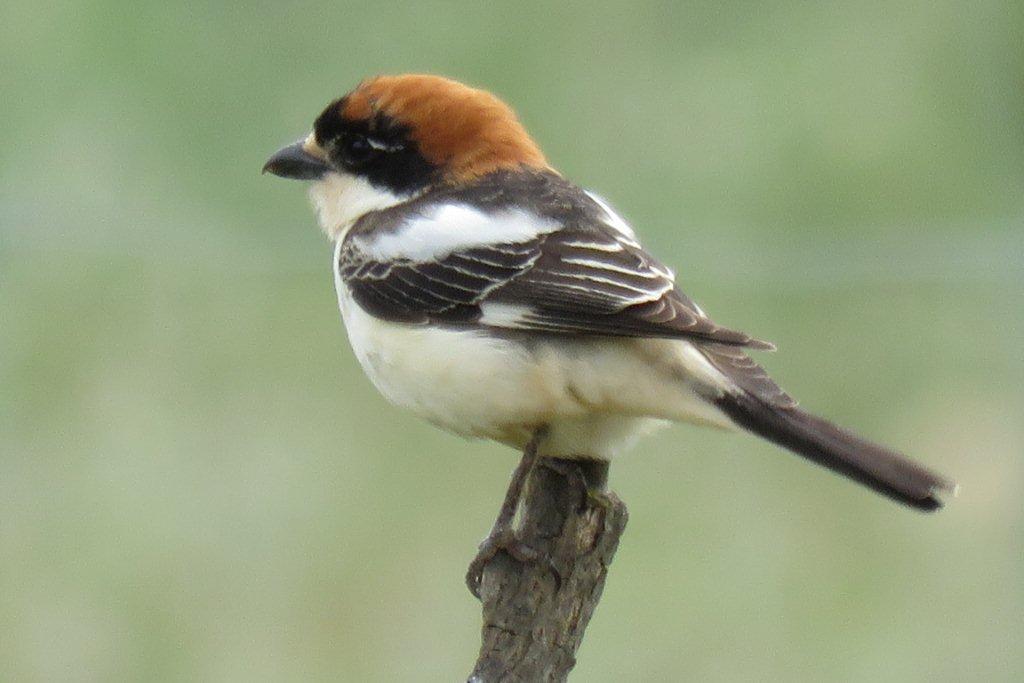 A few Woodchat Shrikes have arrived which is great news. At least for this species there will always be a ready supply of Wall Lizards, Mole Crickets and rodents to replenish the energy levels on. Cuckoos have been seen recently as well. For me, I like listening to the distinctive call which only the male makes by the way, echoing across the reservoir at Cuber. There is always one male who seems to like the area to the left just past the entrance gate. He can be heard calling away from high up on the ridge which always makes a lovely sound.

Surprisingly, there have been no sightings so far of either Hobbies or Honey Buzzards. Again, Cuber Reservoir has for me in the past, been a reliable summer site to see Hobby. 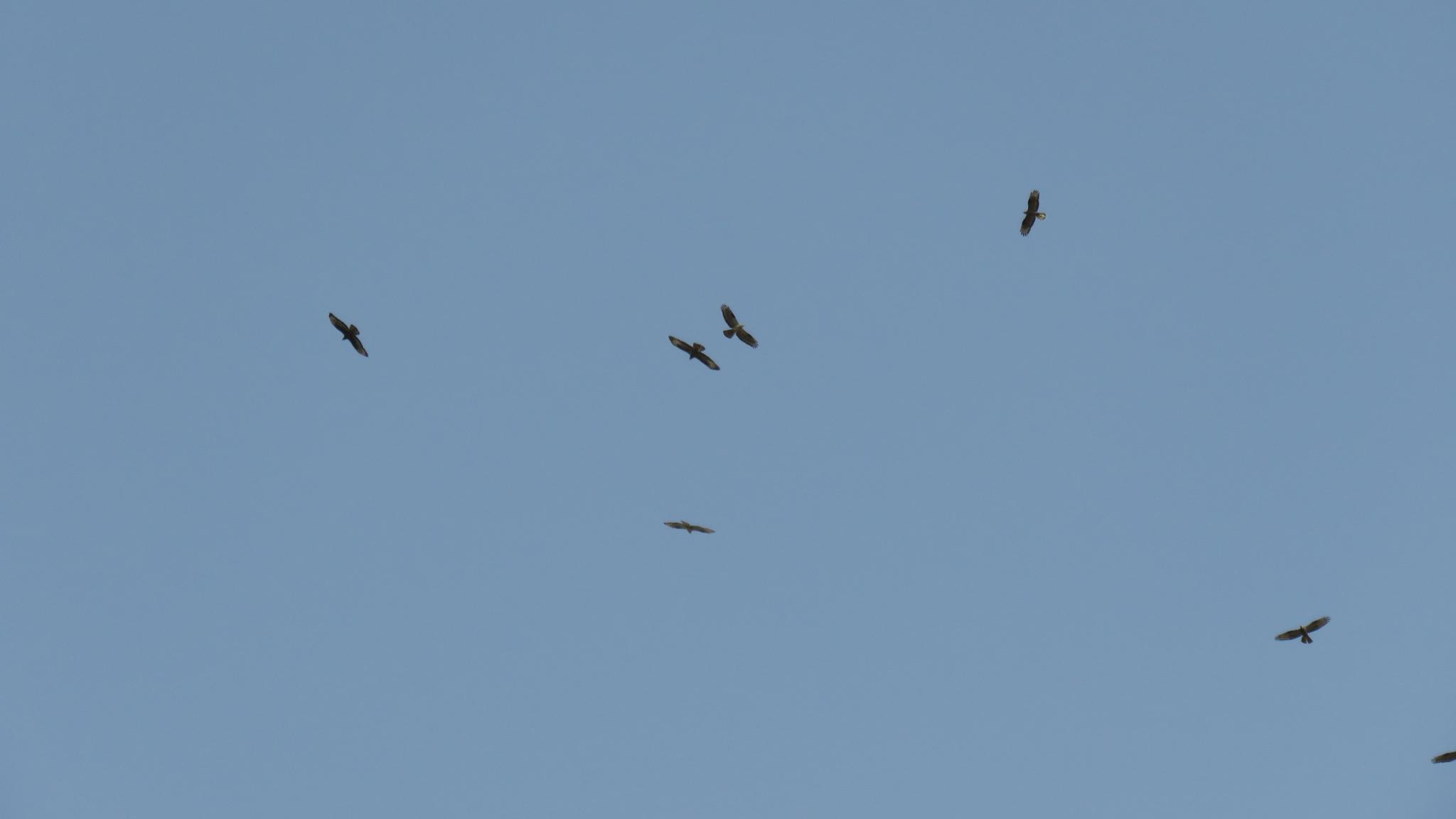 Honey Buzzards tend to pass through, and my favourite sighting of this species was one May afternoon at Alburcutx Tower on the Formentor road. Whilst sat there with four people I was guiding, a group of twenty-one passed right by us with three Black Kites mixed in. That was a magical scene. For the four in the group they were new birds for them, but although I had seen them many times before, every sighting is a special moment. 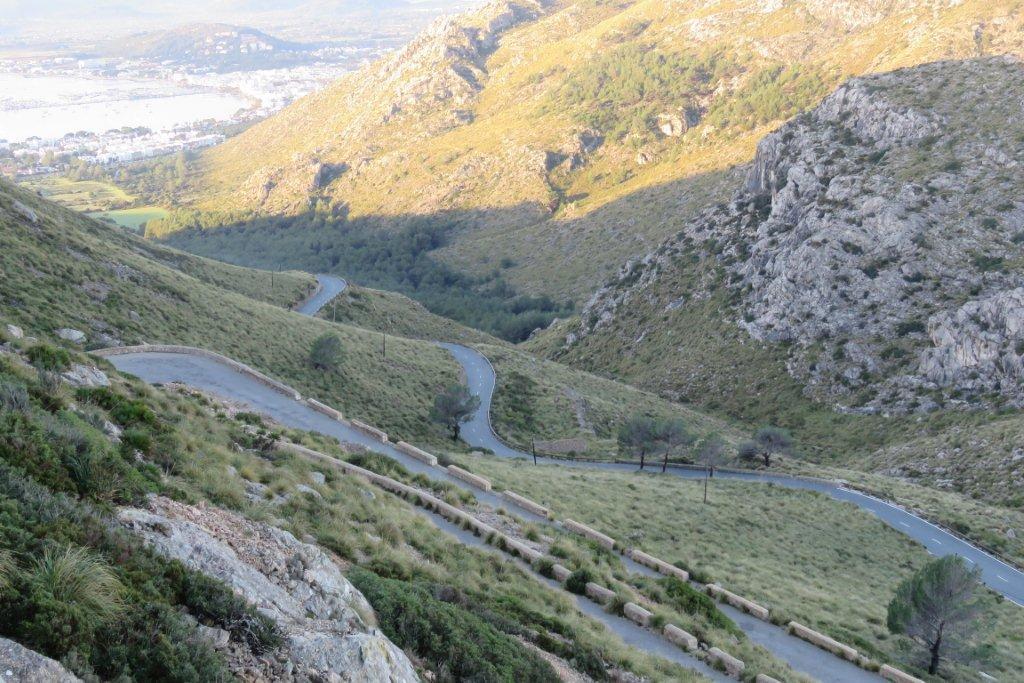 The twisting roads to Formentor.

In spring many of the winter visitors could still be present and species numbers are boosted by the spring migrants such as Montagu’s Harrier, Black-eared Wheatear, Garganey, Wood Sandpiper, chats, hirundines and a few early warblers. Coupled with this, there will be the local breeding migrants such as Purple Heron, Sub-alpine Warbler and Woodchat Shrike, with Scopoli’s and Balearic Shearwaters off the headlands. The second half of April will see another influx of great birds and is the time of year that most bird watchers start their visit. Along with those mentioned above, it is possible to see Marsh Sandpiper, Eleanora’s Falcon, Squacco Heron, Short-toed Lark, Tawny Pipit, Golden Oriole, Roller, tern and wader species, Honey Buzzard and Red-footed Falcon. Nightingales flood onto the island and add a beautiful sound to the landscape.

By early May, at least everything should be in on the island and settled to include species such as Spectacled Warbler and Rock Thrush. Some passage migrants can still be found even into June. With the varied habitat on the island and so many places to explore, the bird life can be very rewarding with some unexpected surprises too. That is one of the beauties of bird watching on Majorca – you never know what may show up or where.