Are we going in the right direction as a species? Are we evolving, or devolving? Are we creating a society that will flourish, or perish?

Pre-COVID-19, I would have said that we are heading in the right direction. I like the words of the late Swedish physician and medical researcher, Hans Rosling. In his last book, ‘Factfulness’ he uses data and graphs to show that lots of things about the world (like extreme poverty and deaths in violent conflict) might still be bad, “but they’re getting better”. That is a testament to the governments and institutions we have in place. All very right-wing, I know, but you can’t argue with the facts.

Only the metric I’m concerned about isn’t as easy to track as infant mortality or GDP per capita. As a species and as a society, I’m concerned about the way we’ve been treating our young and the long-term effects that will have on our society. Before we move forward with pandemic protocol, I think we need to reassess our values.

All other animals cherish their offspring. That's how life works. The young are nurtured as it's them, not us, who carry greater potential for the replication and thus survival of our DNA. As the evolutionary biologist Richard Dawkins told us, we are “survival machines- robot vehicles blindly programmed to preserve the selfish molecules known as genes.” To that end, we don’t just act to protect ourselves. We act so to give our DNA the greatest chance of survival. That’s why, when the Titanic was sinking, children were called to the lifeboats first.

Only since Covid-19 came along and dramatically changed our way of life, we haven’t been sending the children to the lifeboats. We’ve been telling them to hang tight.

Plenty has been documented about the damage done to children by confining them in their homes (and in many cases that meant cramped apartments) for six weeks. Lack of sunlight, fresh air and just time spent in nature has been damaging to their mental and physical health. What about their development? 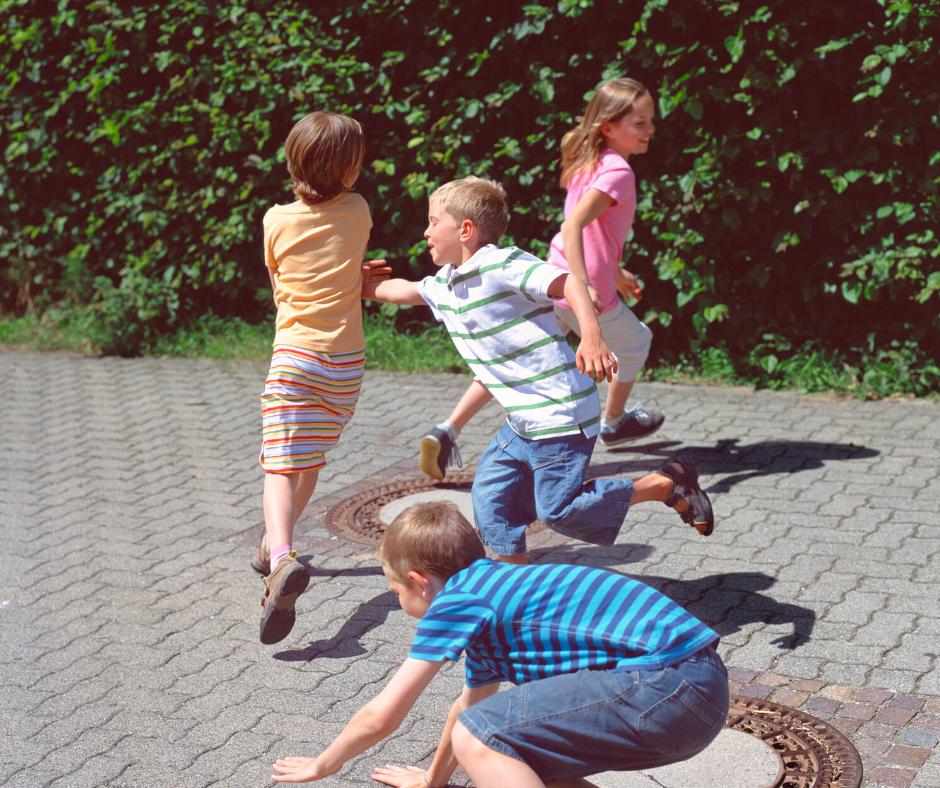 Some of those children could at least play with their brothers and sisters. But according to a study from La Caixa, 3 in 10 Spanish children now grow up without a sibling. That means 30 per cent of Spanish children spent six weeks without socially interacting with other children. My two-year-old daughter is one of them. If all juvenile mammals learn from social play, then keeping children from socialising with each other is as regressive and unnatural as drinking bleach.

In a pre-COVID United Kingdom, children were already engaging in social play half as much as their parents. Educators, like Jack Sloan- a London headteacher- said back at the beginning of 2019 that “we see children coming in with fewer and fewer skills developed through play. Roleplay, being able to imagine a scenario; knowing how to fall out and get on again. And the biggest loss is gross motor skills – children are weaker.” If this is what happens when children don’t interact, then we have to ask: do we really want maladjusted, weak children with no social skills?

During lockdown, I shared a petition requesting that the children be let outdoors through my social media. My stance was quashed with the old adage, ‘kids are resilient’. Sure, they're resilient. Resilient like your plants in the hallway are resilient. Deprive them of light and water for a few days; they'll still grow into stunted adults. But I don't want a society with underdeveloped children in the same way I don’t want a meadow with withering flowers. I want a society where children thrive because that is nature at its finest. And that is what we should be striving for.

Don't tell me about how tough it was when you were kids and that you turned out alright. I might only be 36, but I went to a strict Protestant boarding school in Dublin in the 90s. It was the dawn of the digital age but in the mouldy 40-bed dormitories life was still analogue. We had a demanding schedule: daily chapel, nine hours of class (a half-day on Saturday) and 3 hours of silent prep in the lunch hall every evening. And yet, we still found ample time to play. You older fogies might have gotten caned and kept for hours in silent detention, but at some point during each of those difficult days, you played with your friends, too.

Sure, children are allowed out again, but we’re not exactly facilitating play. Schools are still closed. Playgrounds are still taped off. How long are we going to cripple their development? And, if another wave of COVID washes over us like a poisonous red tide (which, according to the health minister Fernando Simón, is pretty much a cert) then will we, as a society, respond in the same way and lock up our children again? Before that happens, we need to do some serious reflection about our priorities as a society and the protocol we intend to practice.

That protocol should be based on our priorities. So who comes first, the children (who are asymptomatic) or the elderly who are either infertile or can't get it up? I'm being crude but serious. If you spend enough time debating morality you'll find that every moral argument boils down to Darwinian values. ‘The children are our future’ is a cliché but even a sedated Whitney Houston could tell that it’s true. We devalue our children’s development at our peril.

I’ll leave it up to you. Personally, I want my daughter to thrive and if it means making sacrifices for her... well, that's just what it means to be a parent-socially, culturally and evolutionarily.