The only thing to fear about sharks is their extinction

Sharks play a vital role in maintaining the balance of the food chain and the health of marine ecosystems. An instinctive – yet irrational – fear of them is partly to blame for their negative image; but the stark reality is that they are very vulnerable species which have suffered a very severe decline over the past decades.

Previously common open sea sharks such as hammerheads, mako and thresher sharks are now seriously threatened and getting dangerously close to extinction. Blue sharks have are also declining and have been declared by the IUCN (International Union for Conservation of Nature) as an "endangered species" in the Mediterranean. Sharks are particularly vulnerable to fishing pressure, as they are slow-growing species, take time to reach sexual maturity and have a low fecundity rate. The main threat on these open sea species comes from pelagic longline fisheries targeting swordfish. In the Balearics, this type of fishing is carried out by the peninsular fleet - mainly from Carboneras (Andalussia) – and fleets from other countries. Sharks are rapidly disappearing and action is needed now to protect them.

The NGO Shark Med has launched an ambitious study on blue sharks and other pelagic species in the Balearic Islands thanks to the support of the Marilles Foundation.

For the past two years the NGO Shark Med has been designing an innovative remote underwater video system to study sharks. Finding them is often difficult, due to their low population density and the fact that they are pelagic species that live in the open-seas, far from the coast. 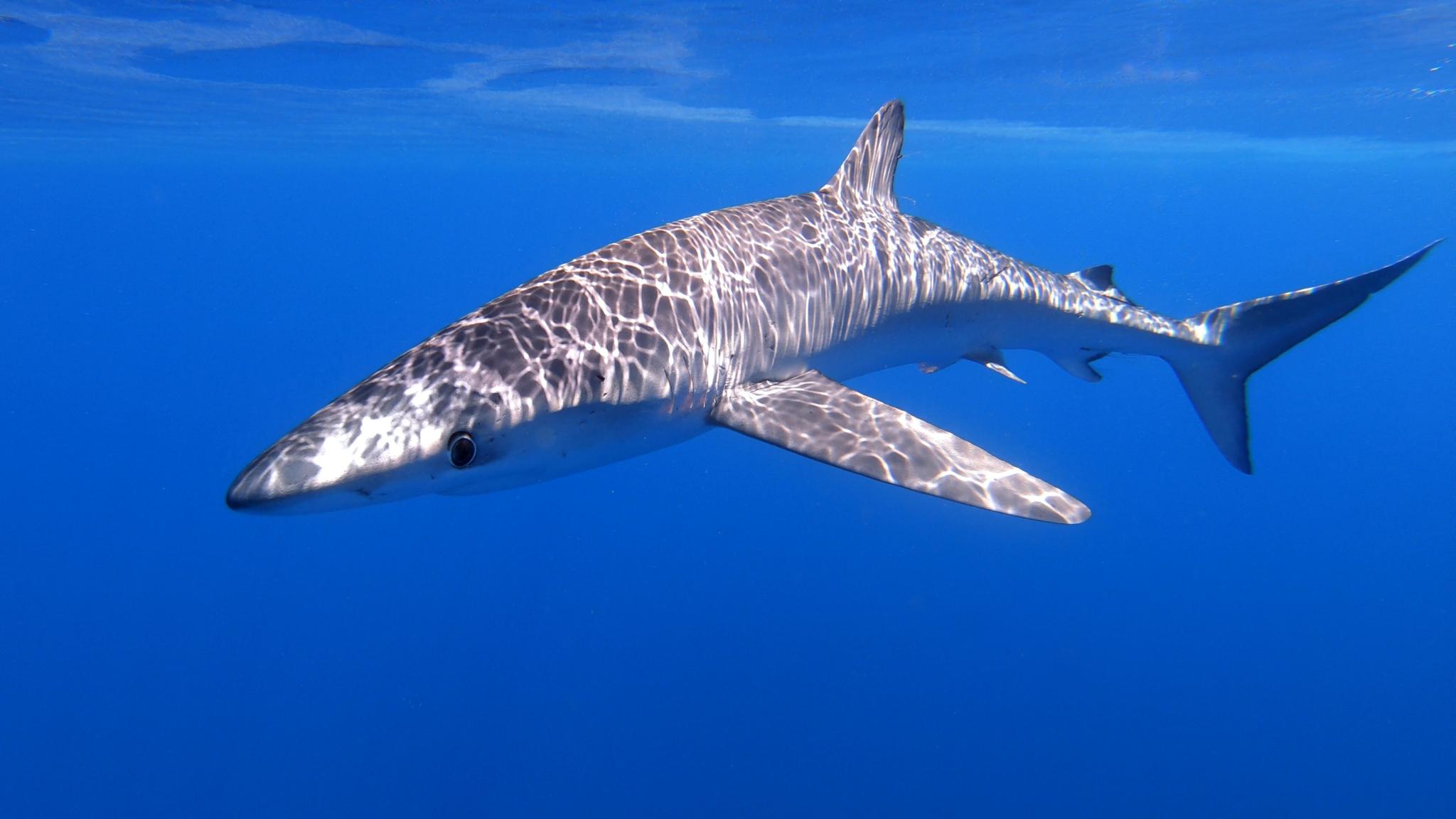 The first images obtained show how the impact of longline fisheries compromise the survival of these species. Fifty percent of the blue sharks recorded have hooks and drag long lines, some which attached to the remains of nets and debris.

The remote cameras - located miles away from the coast - allow direct observation of the sharks in their natural habitat. The aim is to gain a better understanding of these animals and the impacts they suffer and identify specific measures to reduce impact on these emblematic species.

Sharks as a tourist attraction

In some tourist destinations, such as the Maldives or the Caribbean, the presence of sharks is a major attraction for the local economy. Thousands of tourists visit the Canary Islands every year to dive with angelsharks and rays. In fact, a study by Pew Environment Group in 2009 estimated that the presence of these species attracts at least 3 million euros a year and supports circa 100 jobs. 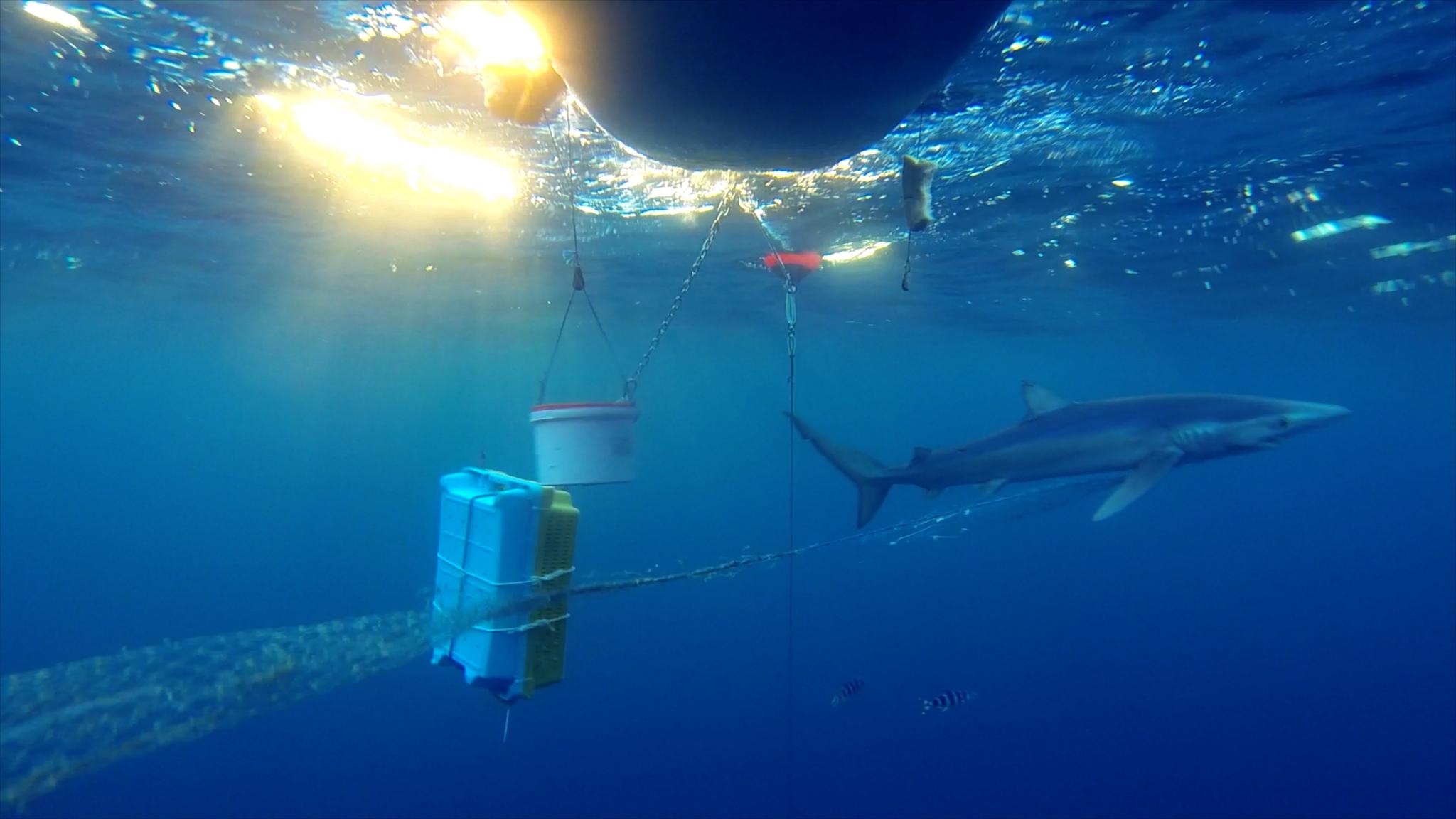 Initiatives similar to those that exist in the Canary Islands or other territories could be replicated in the Balearic Islands, but this will require a solid research programme and stronger species protection measures. The conservation of the sea is key to the prosperity of the Balearic Islands and needs to be a central part of its economic recovery strategy. The Balearics is on course to become a leader in marine conservation, it is leading on seagrass protection, marine protected areas and plastic waste reduction, now it has the chance to lead on shark and rays conservation too!