Cruising for a Bruising

So many jobs have lost their appeal in 2020, from commercial pilot to restaurant owner, COVID-19 has taken the gloss off what were very coveted positions. But, there’s one director’s chair that is surely the most uncomfortable of all, and that’s cruise line chief. While many airlines are still operating, albeit vastly reduced schedules, the cruise industry is as near as dammit at a standstill.

It’s a crying shame. Cruising was revelling in a deep purple patch prior to all this virus hoo-ha. Some 30 million people enjoyed a cruise in 2019, sustaining around 1.2 million jobs (FTE), and the prediction was for that figure to rise to 32 million passengers in 2020. In response to this soaring demand, cruise lines clamoured to build more boats. 24 new cruise ships were delivered in 2019, adding 42,488 berths to the global fleet, and a record-breaking 25 were supposed to be delivered in 2020. Then along came COVID-19. It looks like there may now be an excess of ships. 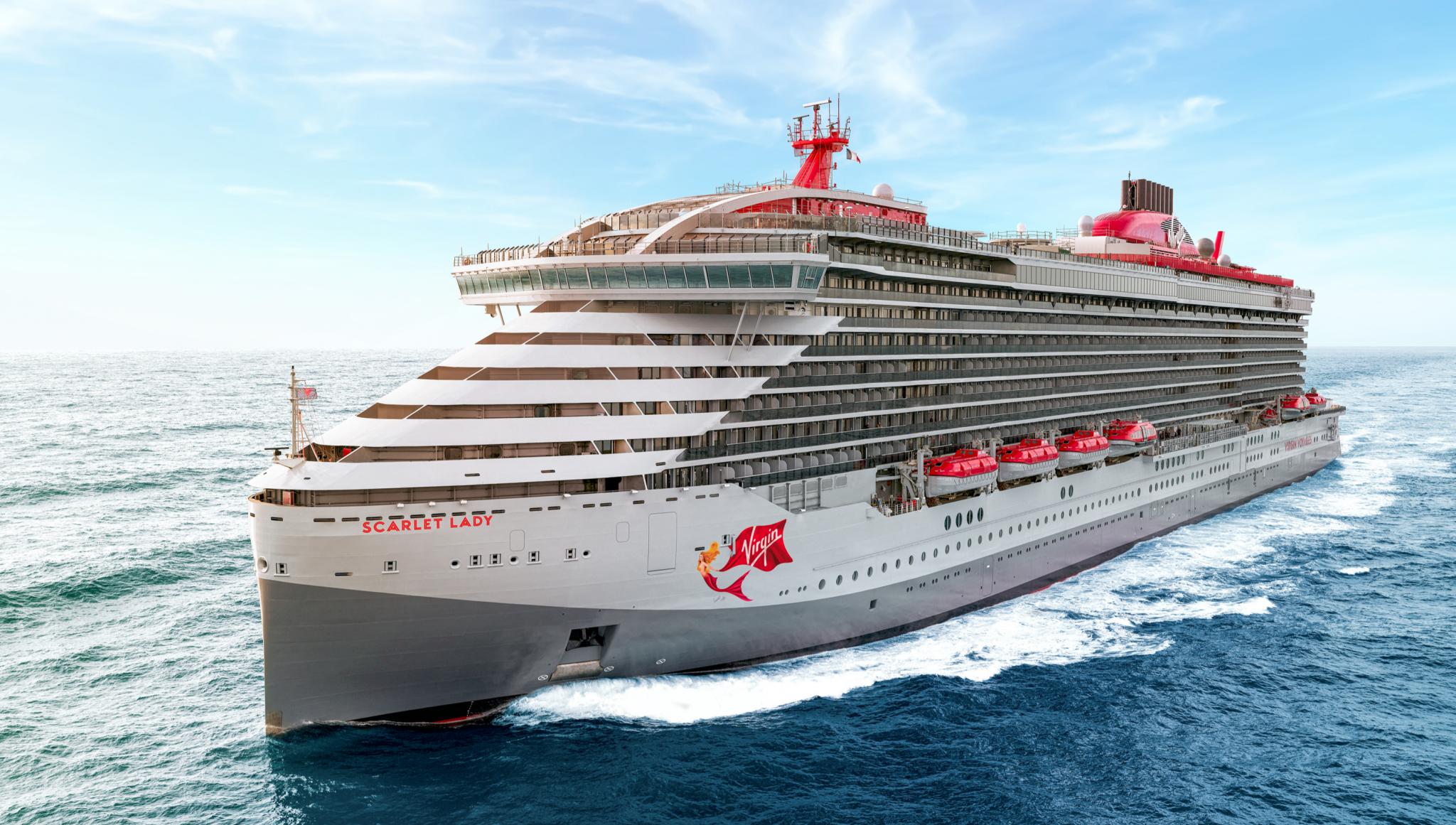 This pandemic started with a PR disaster of epic proportions for the cruise industry: Diamond Princess. The fateful voyage departed Yokohama, Japan, on 20 January, and within weeks 712 of the 3,711 on board became infected with the virus. Sadly 14 people went on to lose their lives. There followed literally dozens of high-profile COVID-19 related ‘incidents’ on well-known lines such as Costa and MSC, Disney and Celebrity, and, although a handful proved to be false alarms, the damage was done. Bookings plummeted and, by mid-March, pretty much every major cruise line had knocked the whole idea on the head. Cramming thousands of people into relatively small spaces was simply no longer viable or sensible.

So, six months on, where are we at now? It’s bad news for cruise fans, the great shutdown continues. While a few river cruises and European lines are dipping their toes into the water, the US Centers for Disease Control and Prevention (CDC) has paralysed the North American cruise industry by issuing a ‘No Sail Order’ for cruise ships in waters subject to US jurisdiction. This Order applies until COVID-19 is deemed to no longer constitute a public health emergency, or until 30 September 2020 - when it could well be extended for a third time. 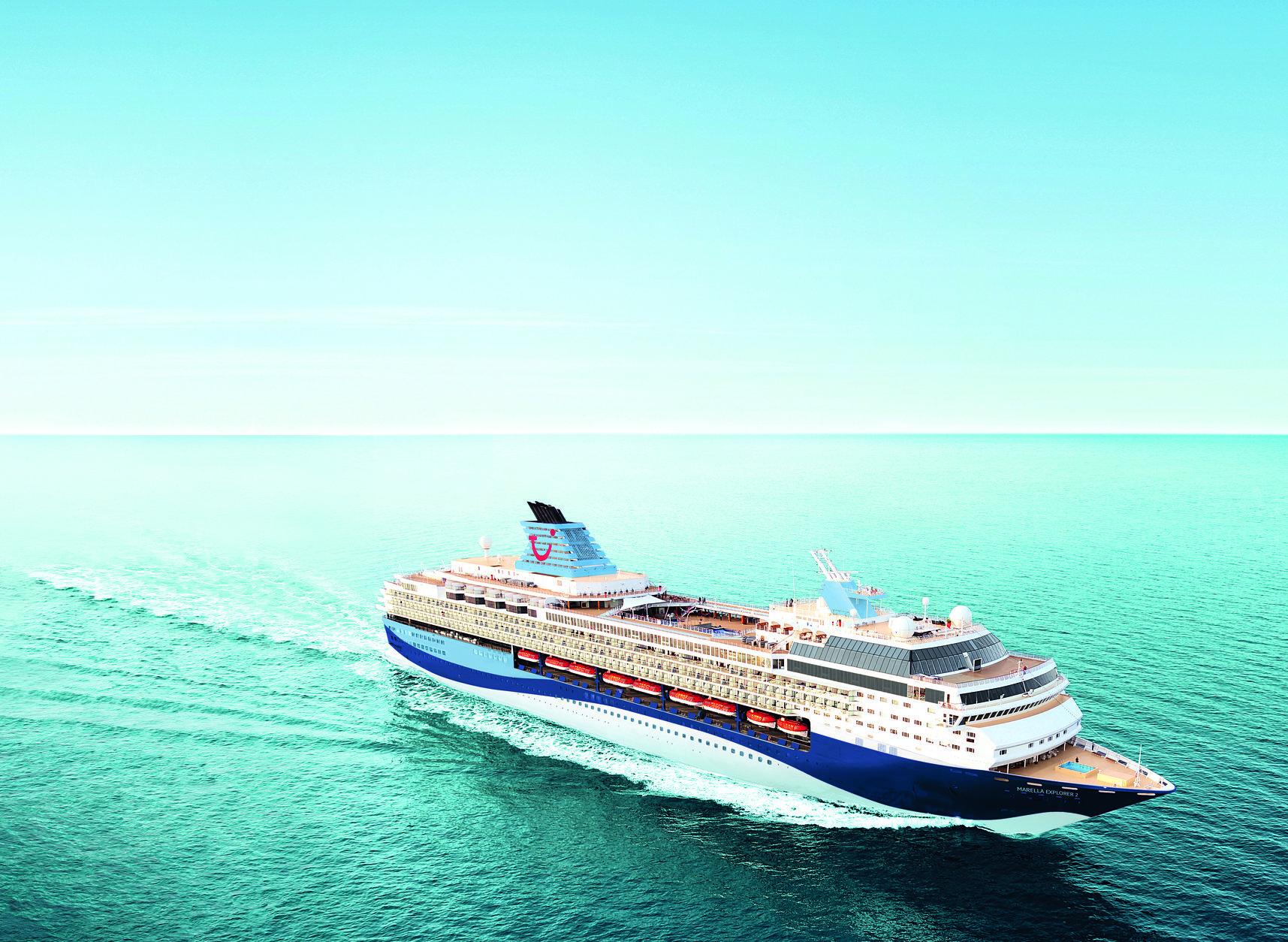 A quick look at some of the major European players tells us that Norwegian Cruise Line has put a pause on all its sailings until the end of October this year, AIDA Cruises plans to resume activity in the Mediterranean on October 17, and Fred. Olsen Cruise Lines will have three of its fleet back in the water in March-April 2021, although hopes Balmoral will sail even sooner.

Holland America Line has cancelled departures on all ships through to 15 December, while P&O Cruises has put sea life on hold until 12 November, with two long-haul itineraries also called off for January 2021. In a similar vein, Princess Cruises has put a stop to cruising until 15 December, and also halted world cruises for early 2021. Silversea has suspended all voyages until 31 October. 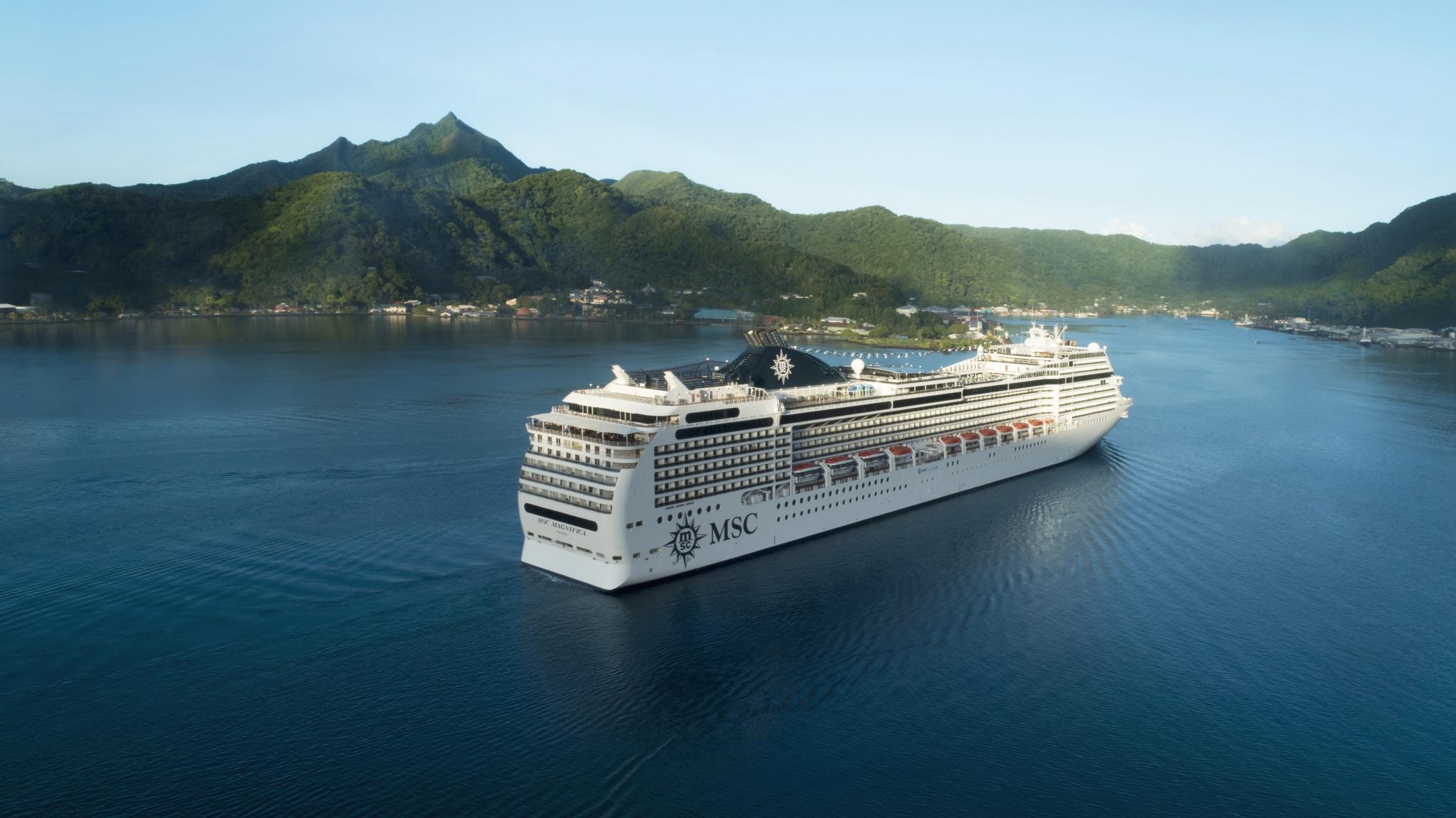 Marella Cruises by TUI will not operate until 15 November. Viking Cruises has cancelled all its sailings until at least 2021. Poor Virgin Voyages launched its first ship, Scarlet Lady, to great fanfare on 14 February this year, but has repeatedly postponed the inaugural voyage and this now won’t happen until at least 16 October.

A couple of companies have been a little bolder. MSC Cruises announced that its flagships Grandiosa and Magnifica were resuming operations in the Mediterranean starting from 16 and 29 August respectively. In fact, Grandiosa was the first cruise liner to return to the Mediterranean mid-pandemic, and the ‘test run’ was characterised by a lot of virus testing, hand sanitising, social distancing and temperature checking. Apparently, guests found the experience to be safe, peaceful and relaxing. MSC then postponed the start of Magnifica until 26 September. Ponant has been offering cruises for French people from French ports. Costa Cruises has been offering sailings for Italian people from Italian ports. Some cruise lines have been forced to offload a number of ships from their fleet. Others have folded completely under the financial pressure. 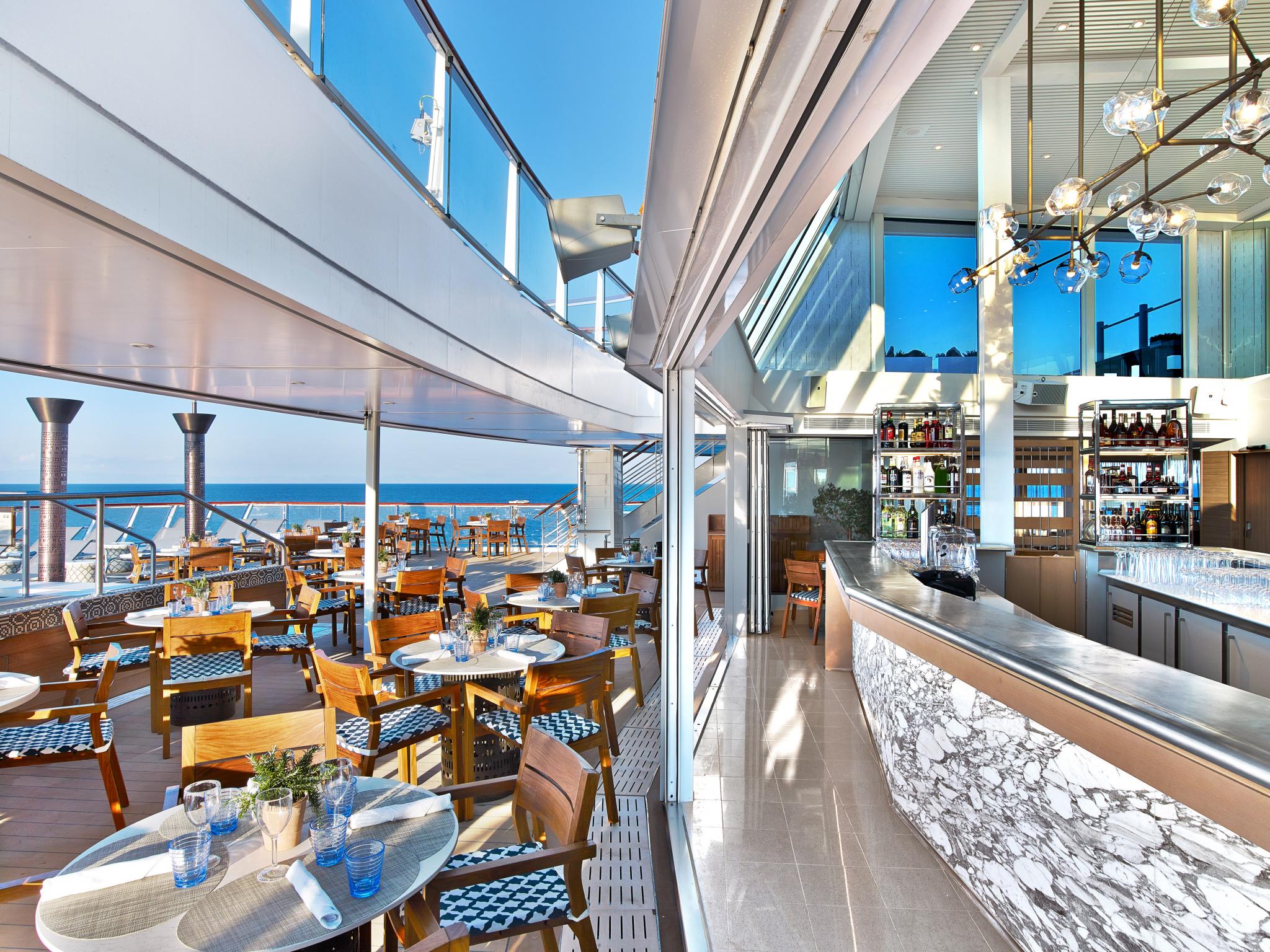 As the COVID-19 narrative continues to evolve, it’s highly likely that these projected start dates could be nudged along a month or two. And, it may be years before consumer confidence returns.

But, like everything in life, there is a winner for every loser. The environment will certainly have appreciated half a year without toxic emissions (commercial cruise lines are some of the world’s worst polluters). And this pause could, and should, give the cruise industry a chance to continue their forays into new green technologies, cleaner fuels, and more responsible tourism - no longer inundating small historic and cultural centres with clouds of carbon dioxide and crowds of click-happy tourists. 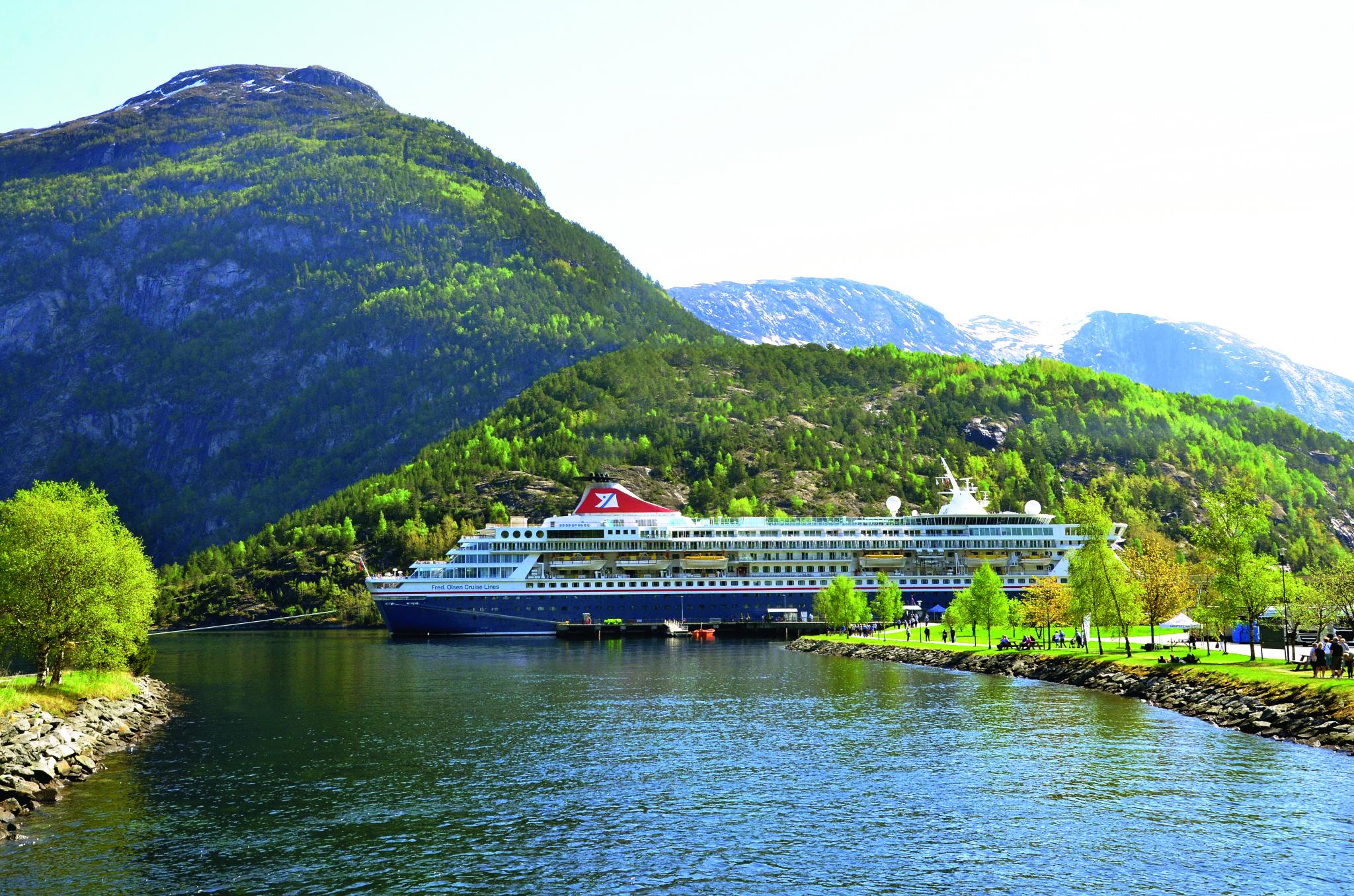 The operator of the Mudeford Ferry is perhaps the most unexpected winner. With almost all the big cruise vessels out of action, some are laid up in the English Channel, partly to avoid crippling berthing fees and partly because there’s simply no space in the port of Southampton. Fitting around his usual day job - the vital ferry service between Mudeford Quay and the pontoon on Sandbanks beach - Captain Paul Derham came up with the genius idea of offering ‘ghost ship tours’, where 20 passengers can get up close and personal (within 50 metres) of hulking dormant P&O, Royal Caribbean, Carnival and Cunard ships. His two-and-a-half-hour round trips from Mudeford Quay along the Jurassic Coast come in at the bargain price of 20 pounds for an adult, 10 pounds for children.

Having crewed with P&O Cruises for almost 30 years, Paul has plenty of anecdotes up his sleeve to entertain guests. He also works his insider contacts to keep tabs on the comings and goings of the ships; they regularly nip back to port to provision for the skeleton crew and have to fuel up to keep the generators running.

His enterprising ways have made international news platforms and people have travelled far and wide to jump on board. He’s been approached by Japanese, Chinese, Australian and German TV stations, American radio stations, and even a Nauti Lady in Majorca. Needless to say, Paul is unaccustomed to this global attention and his phone hasn’t stopped ringing. The plan is to continue the tours at least until Christmas - as long as the weather plays ball.