Eighty-five years ago the first Vuelta a España was held. France had its Tour, Italy its Giro, and so Spain wanted its Vuelta, the initial history of which was chequered to say the least. The Civil War, the Second World War, a dire economic situation in Spain, lack of foreign participation; these all conspired to mean that it wasn’t until twenty years later - 1955 - that the Vuelta was able to become established, and it has been staged ever since.

Unlike the Vuelta nowadays, which is currently taking place, it was originally held in May, which explains why they managed to get the first two stagings in before the Civil War - just. In 1936 it had looked as if it might be called off, such was the deteriorating situation in Spain. But it was held, and the winner - as in 1935 - was the Belgian Gustaaf Deloor.
The Vuelta of 1936 was to be the longest ever in terms of overall time (just over 150 hours). The previous year, Deloor put in only 120 hours in finishing more than thirteen minutes ahead of Mariano Cañardo, who was the only Spaniard in the top ten list of finishers; the foreign riders were to be in very limited or non-existent supply on the subsequent occasions that the Vuelta took place before the mid-fifties.

Mariano Cañardo, it has to be said, fared somewhat better than a fellow Spaniard who came 27th out of 29 finishers (sixty had started) and four hours, ten minutes and fifty-three seconds behind Deloor. His name was Rafael Pou, and Rafael was from Algaida. Despite finishing over four hours behind the winner, the very fact that he took part in the Vuelta was confirmation that Rafael was among an elite for his time. In 1930, he had won the Balearics Championship on the road. The 1935 Vuelta was to be his first major international challenge. It was also his last.

He didn’t take part in 1936, and three days before the 1936 edition ended, Rafael Pou was killed in an accident involving the motorbike he was tracking at the El Tirador velodrome in Palma. He was 26 years old. 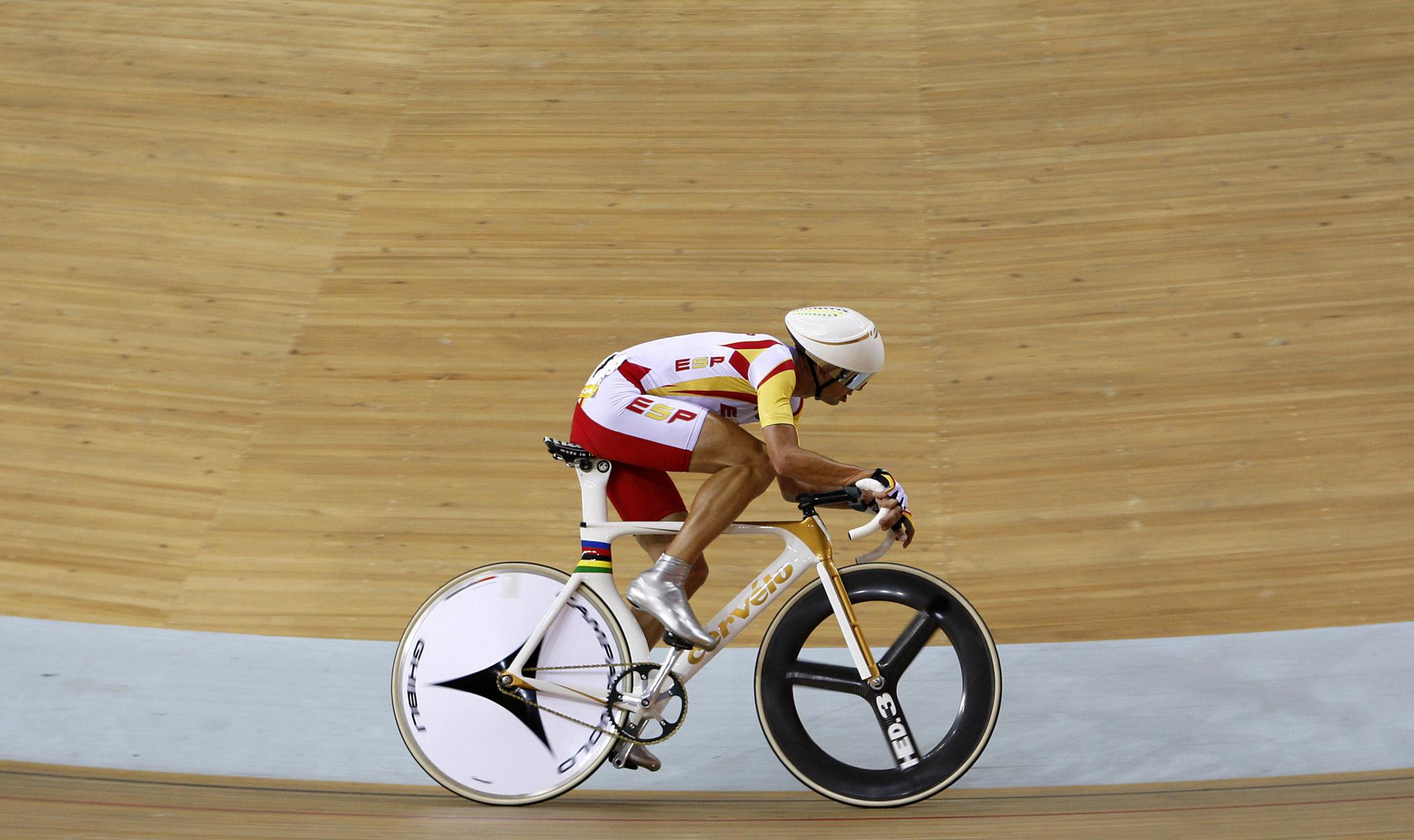 Rafael provides something of a footnote to the history of competitive cycling in Majorca, which after the Second World War was to produce six times motor-paced track world champion Guillem Timoner and, more recently, Joan Llaneras, who won his seventh track world championship at Palma Arena (now Velòdrom Illes Balears) in 2007 and was twice an Olympic gold medallist.

A footnote he may be when compared with champions like Timoner and Llaneras, but Rafael was one of the pioneers from the inter-war era and at a time when cycling, both on the road and on the track, posed far greater risk than it does today. The bikes, the racing conditions, the protection, the support were from a different world.

That world, the one of cycling, famously commenced in 1869, when a banker by the name of Ernesto Canut bought a bike in France. A bicycle was therefore seen for the first time on the roads of Palma, and Canut would almost certainly have been unaware of what he was to inspire. In terms of sport, cycling was to become the island sport. It arguably remains so, vying only with football when it comes to the historical organisation of sport in Majorca.
A contemporary of Rafael Pou, he was born a year earlier in 1908, was Josep Nicolau y Balaguer. He was from Lloret, which in those days had yet to acquire the Vistalegre and was known as Llorito.

Nicolau was nicknamed Es Canó, the cannon. He rode on the roads and in the velodromes. His first major race was in 1929 at El Tirador in a contest between Spain and France. That same year he was involved in a number of races at the Llucmajor velodrome, and in 1930 he won his first Balearics track championship. In 1933 he became the first Majorcan rider to take part in the world road cycling championship. 1934 saw him win the Balearics track title again as well as three stages of the Tour of Majorca and a stage of the Tour of Catalonia.

In November 1934, he was back at the El Tirador velodrome and was one of the favourites for the Spanish championship. He was 26, the same age as Rafael Pou when he died. On November 18, in the first heat of the championship, he was vying with Pou. He suffered a serious fall. His helmet flew off, his head hit the track. At one o’clock in the morning the following day, he was pronounced dead at a Palma clinic.

For those pioneers, the rider protection, the conditions were most certainly not like they are now, and two years later - at the same velodrome - Rafael Pou lost his life.