Milan-based yacht designers, Nauta Design, have recently achieved full patent protection for their ‘The Island’ concept. Using a combination of fold-out side terraces and fold-down bulwarks, The Island offers guests use of a vast expandable beach club - adding more than 50% to the aft deck space. 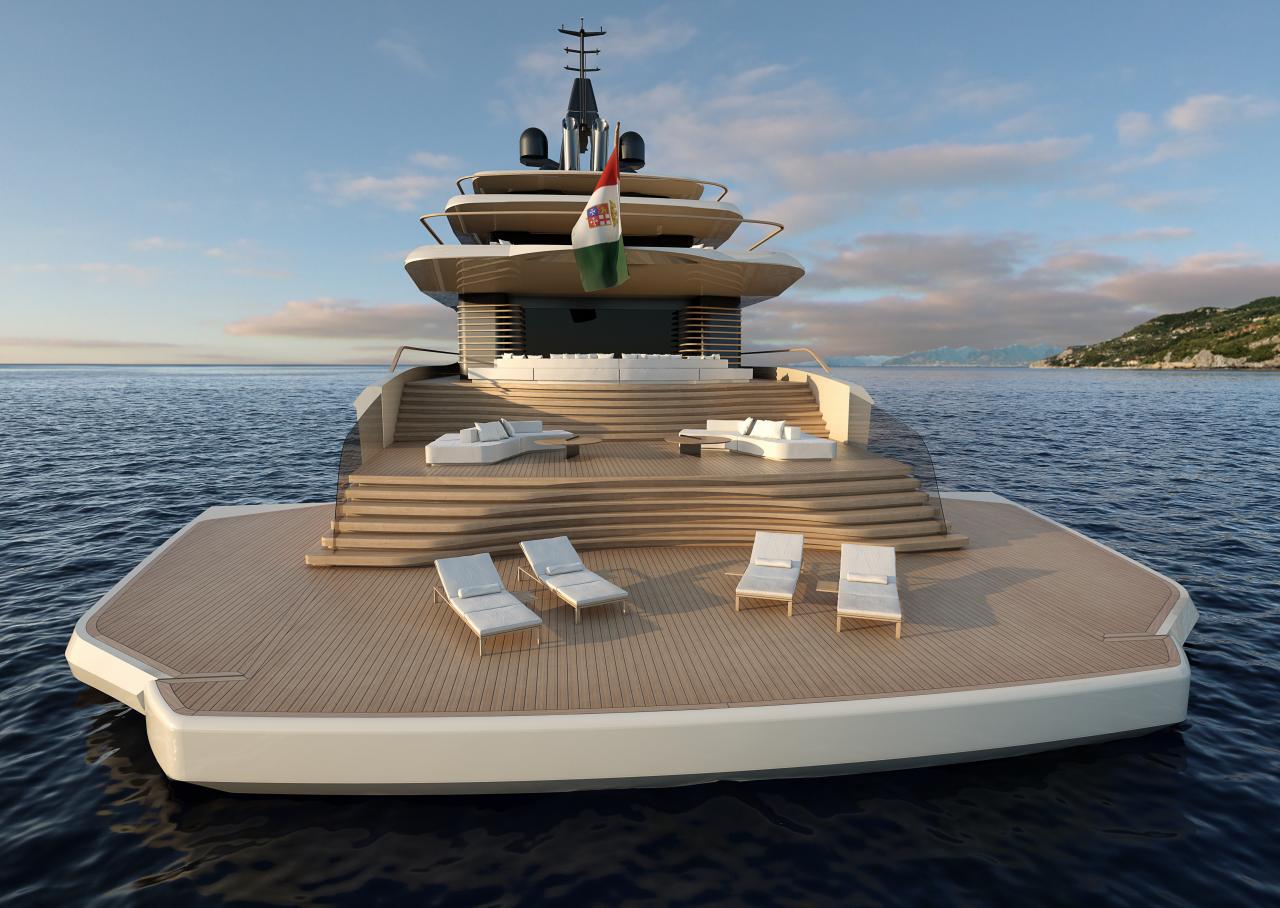 Designers Mario Pedol and Massimo Gino founded Nauta in 1985 as a shipbuilder, Nauta Yachts, but the story really started in the 1970s. In 1978, Mario was the Italian agent for British sailing yacht manufacturer, Oyster Yachts. Although he was proficient in sailing and selling, he had little idea about yacht design and build, and decided he needed more product knowledge. To this end, he signed up for a yacht design course in Milan, which opened the door to an internship with star American designer Scott Kaufman in New York. 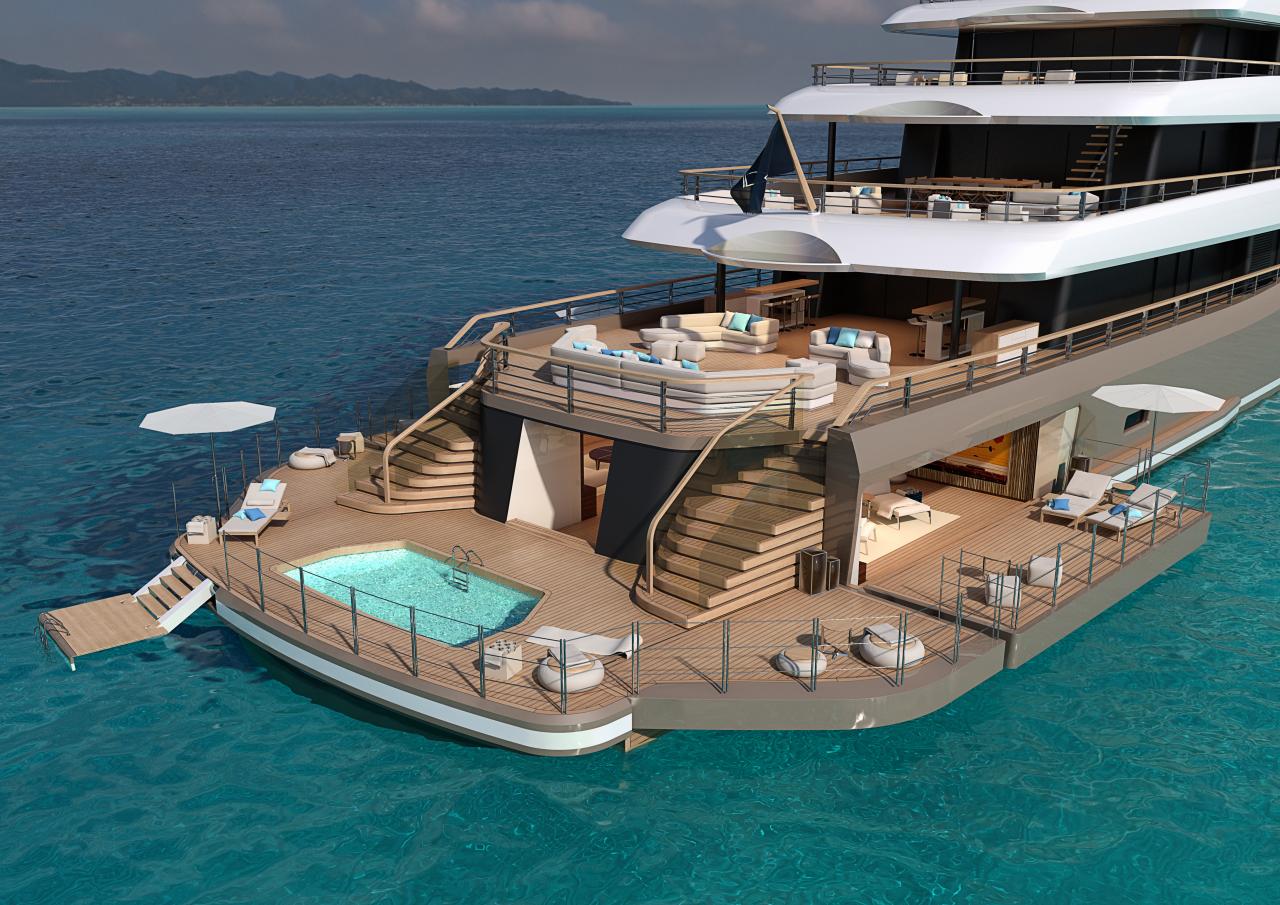 Upon his return in 1983, a former Oyster client approached Mario as he was looking for a bigger boat, a size that Oyster didn’t yet offer. Together with his friend Massimo, and a helping hand from Scott, Mario penned a design for a 54-footer and set up Nauta Yachts to build her. She debuted at the 1986 Genoa Boat Show. One 54-foot boat became two, then five, swiftly followed by a 70-footer - My Song - in 1990. Three more Nauta 70s came out the shipyard before the Italian economy collapsed in 1992. It was time to put the shipbuilding on ice, and focus solely on yacht design. 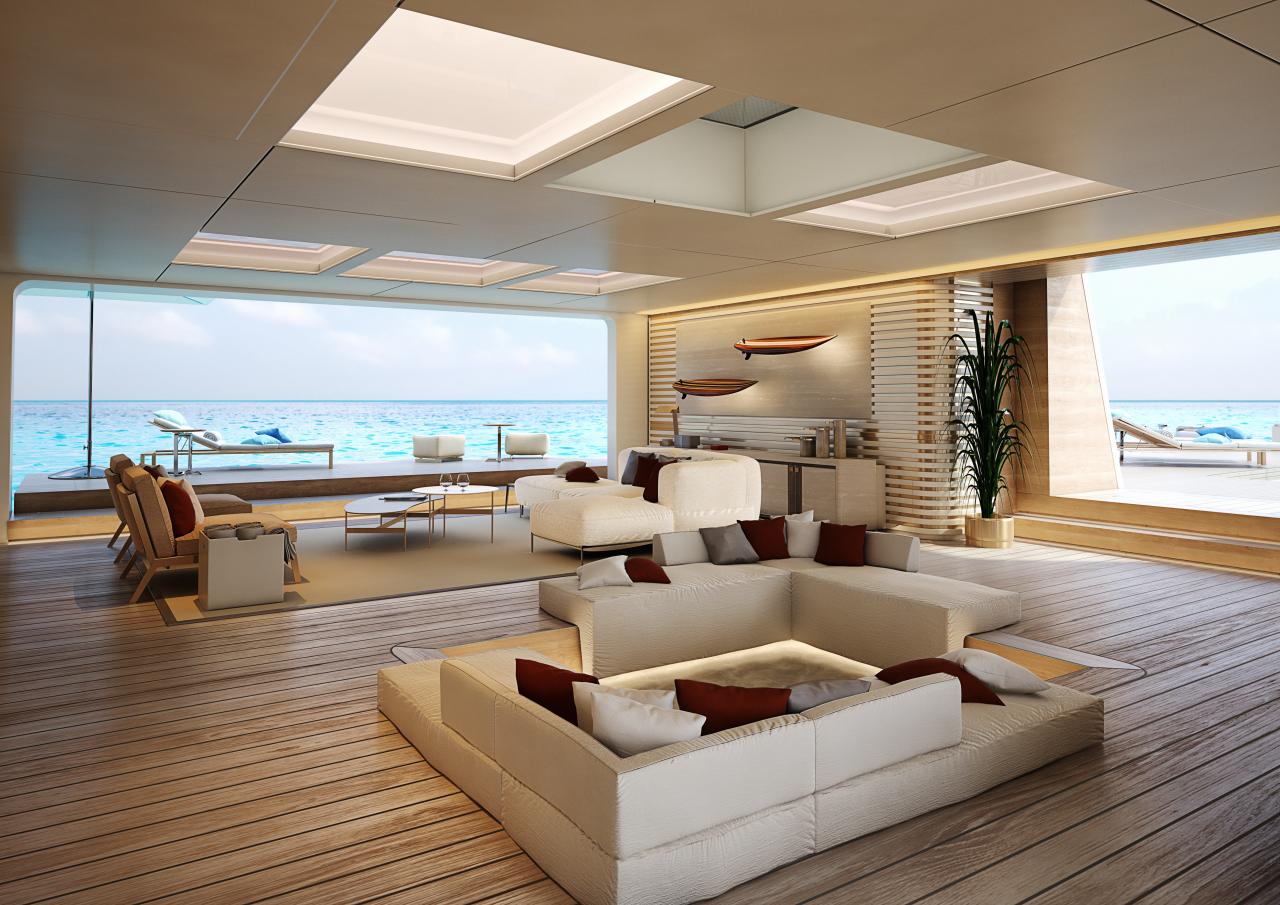 Although they’ve worked on boats of all sizes, motor and sail, Nauta Design has cultivated a strong reputation for superyachts, including the world’s largest - Azzam - launched in 2013. Being chosen to envision the exterior profile of 180-metre Azzam immediately thrust Nauta Design under the global spotlight. Suddenly, everyone in the industry had heard of Mario and Massimo, and they were more in demand than ever - and still are today. Back to The Island. 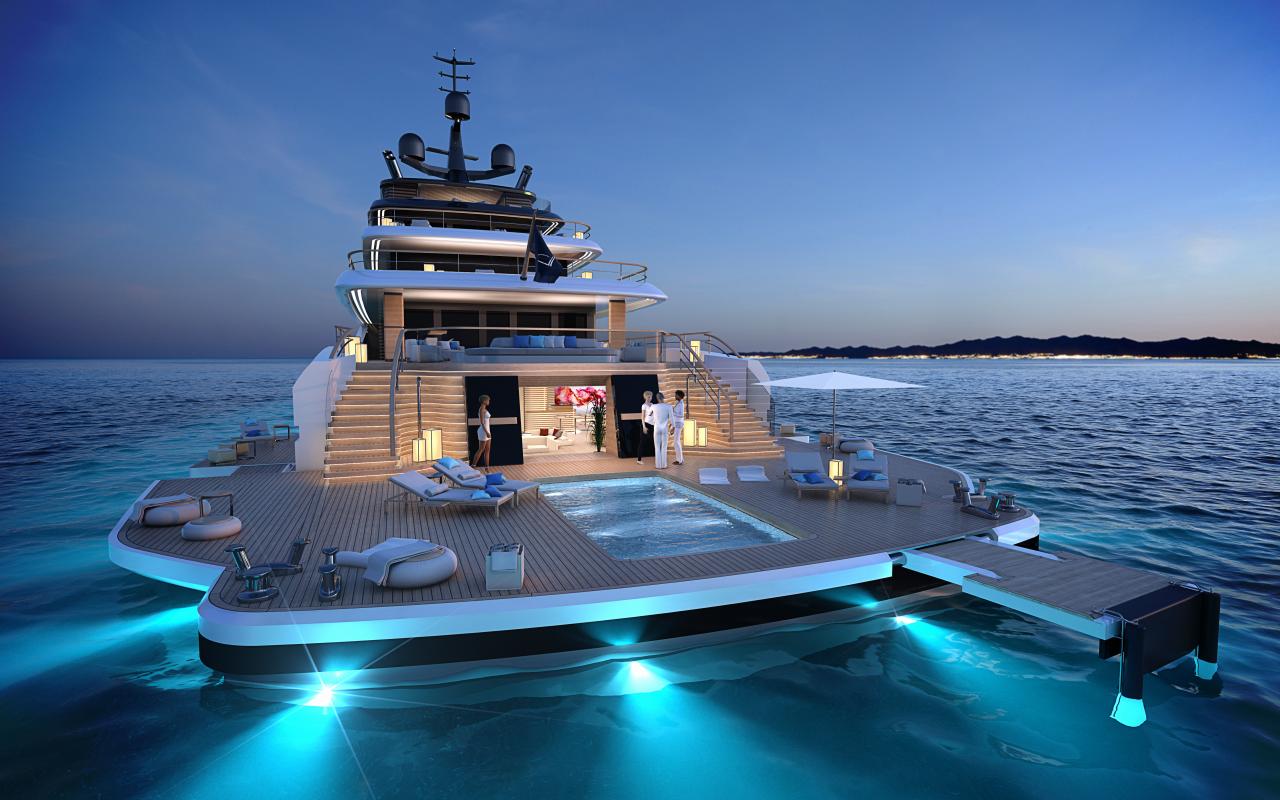 Nauta Design was one of the first to take a long, hard look at the interior-exterior dialogue in motoryacht design, starting with 80-metre Project Light back in 2006, a creation that re-examined the relationship between a superyacht and its environment. 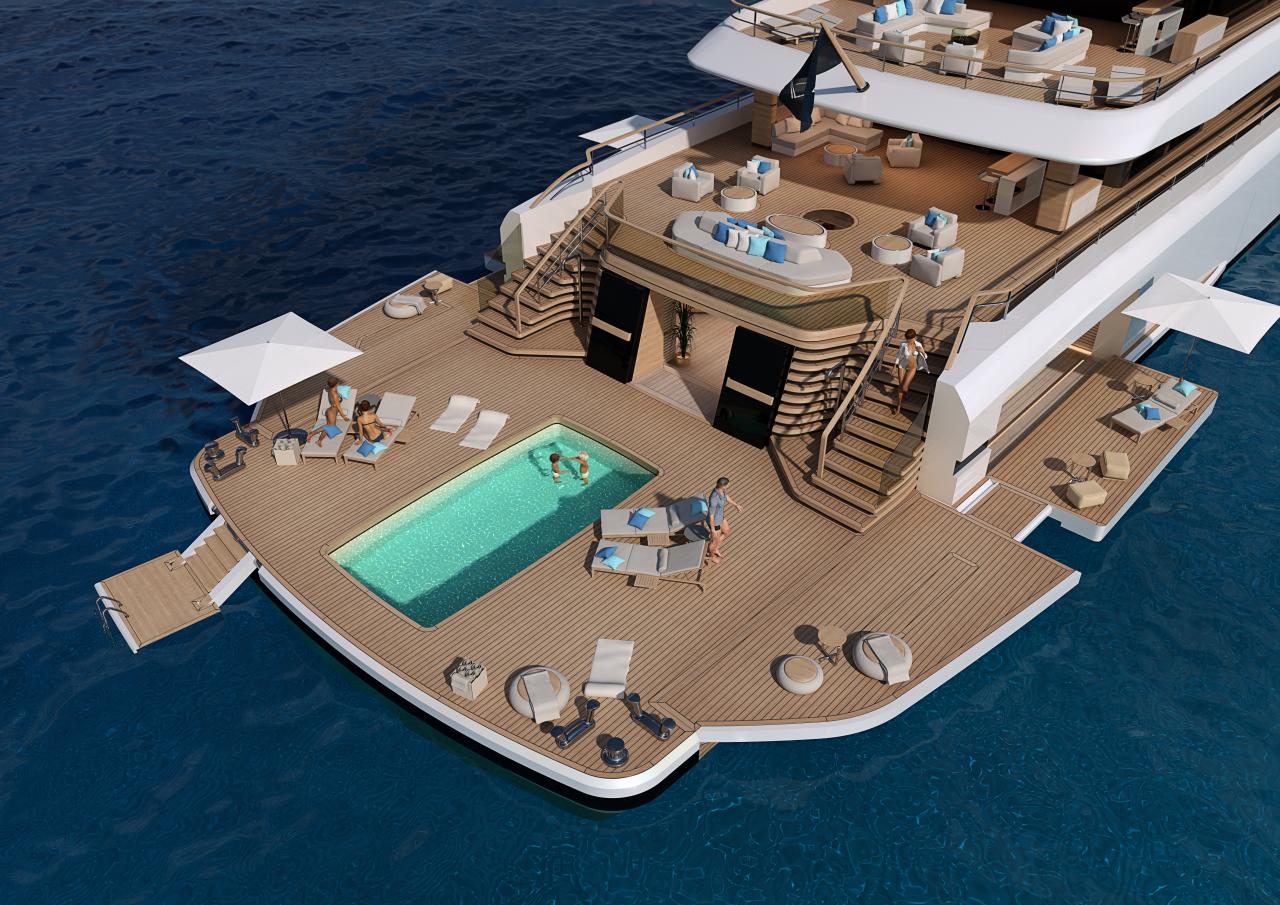 “We chose to go down a path that favoured open spaces and highlight the connection, rather than the disconnection, between interior and exterior – something you’re much more aware of on a sailboat,” says Nauta Design co-founder Mario. “This was an innovation compared to what the market was offering back then.” 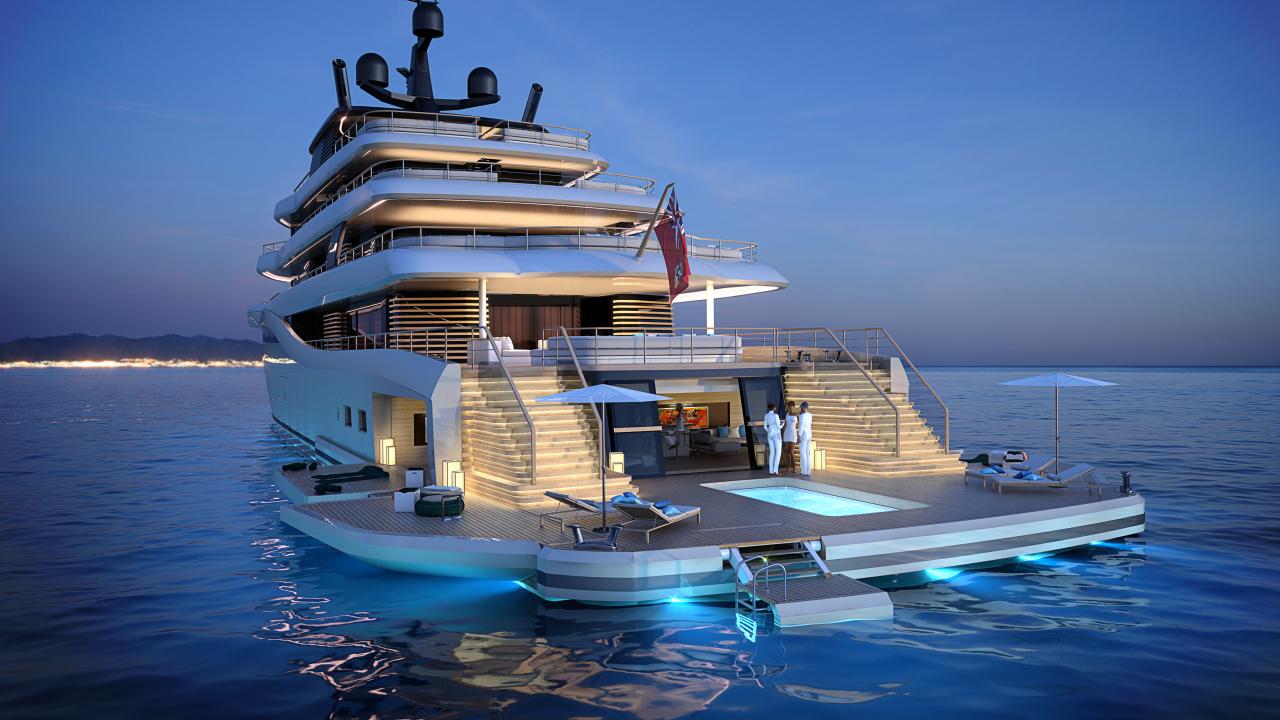 “The Island concept began with 75-metre Dune that was developed for a specific client who didn’t want the pool on the main deck aft and instead asked for a seamless connection between the main deck and sea level,” continues Mario. “Hence our idea of opening the area up on the sides to increase the surface area, improving circulation and providing spectacular contact with the sea. After all, the best reason to invest in a superyacht is to be able to enjoy what is all around you in the most direct way possible.” 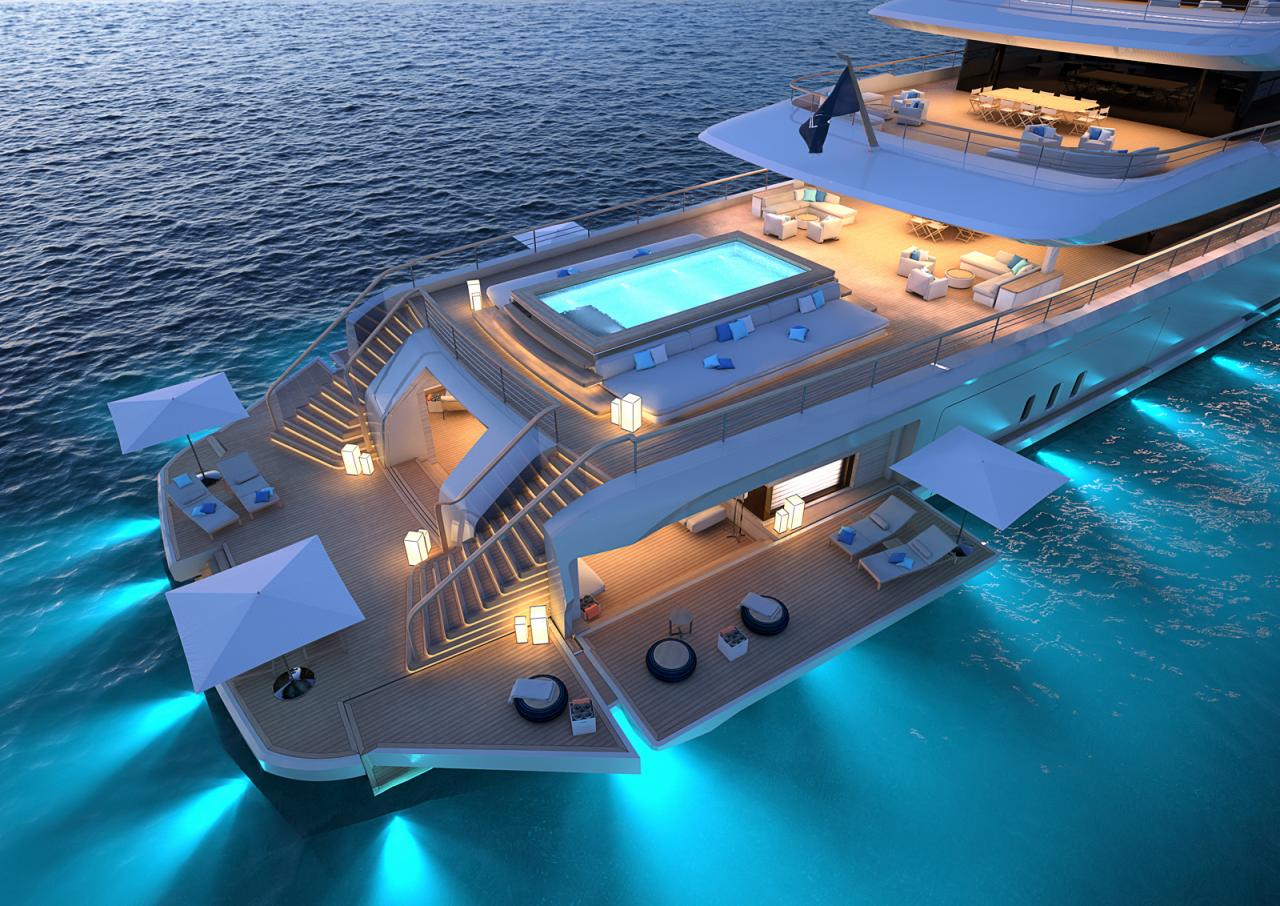 Nauta Design’s solution was to create an uninterrupted walkway that embraces three sides of the hull towards the stern. To achieve this, the designers inserted a connecting section between the side terraces that open out over the sea at beach club level and the fold-down bulwarks that extend the stern platform. This creates a single walk-around space that allows guests to move freely from one side of the yacht to the other either, from inside the beach club or from the open aft deck.

In 2017, they started the intellectual property protection process and, in 2020, they had three patents officially approved. “Applying for patents is a long, expensive and sometimes tedious process, but in this case we thought it was worth it,” concludes Mario. “Market recognition of the right to protection outweighs any immediate commercial benefits a patent may provide.”

The Island is now a signature feature of many different Nauta Design yachts ranging from 54 to 96 metres in length. In each case, The Island concept increases the available beach club/aft deck space by up to 95% - not an inconsiderable figure.

Despite the obvious challenges, Nauta Design has kept busy throughout 2020 and is currently in the final phases for several yachts that are already sold and under construction for their new owners. Among them are the Southern Wind 105GT with naval architecture from Farr Yacht Design and exterior and interior design from Nauta. Nauta Design has been working with the Cape Town shipyard for more than 20 years and collaborated on more than 40 yachts ranging between 78 and 110 foot. The 105GT will be launched in spring 2021 and features an all-new modern deck design.

Nauta Design is also working with world-famous Dutch shipyard Royal Huisman for the very first time, alongside naval architects Reichel/Pugh Yacht Design. Their new 46-metre cruiser-racer sloop is being built in lightweight aluminium and carbon fibre to ensure she is competitive in international regattas. 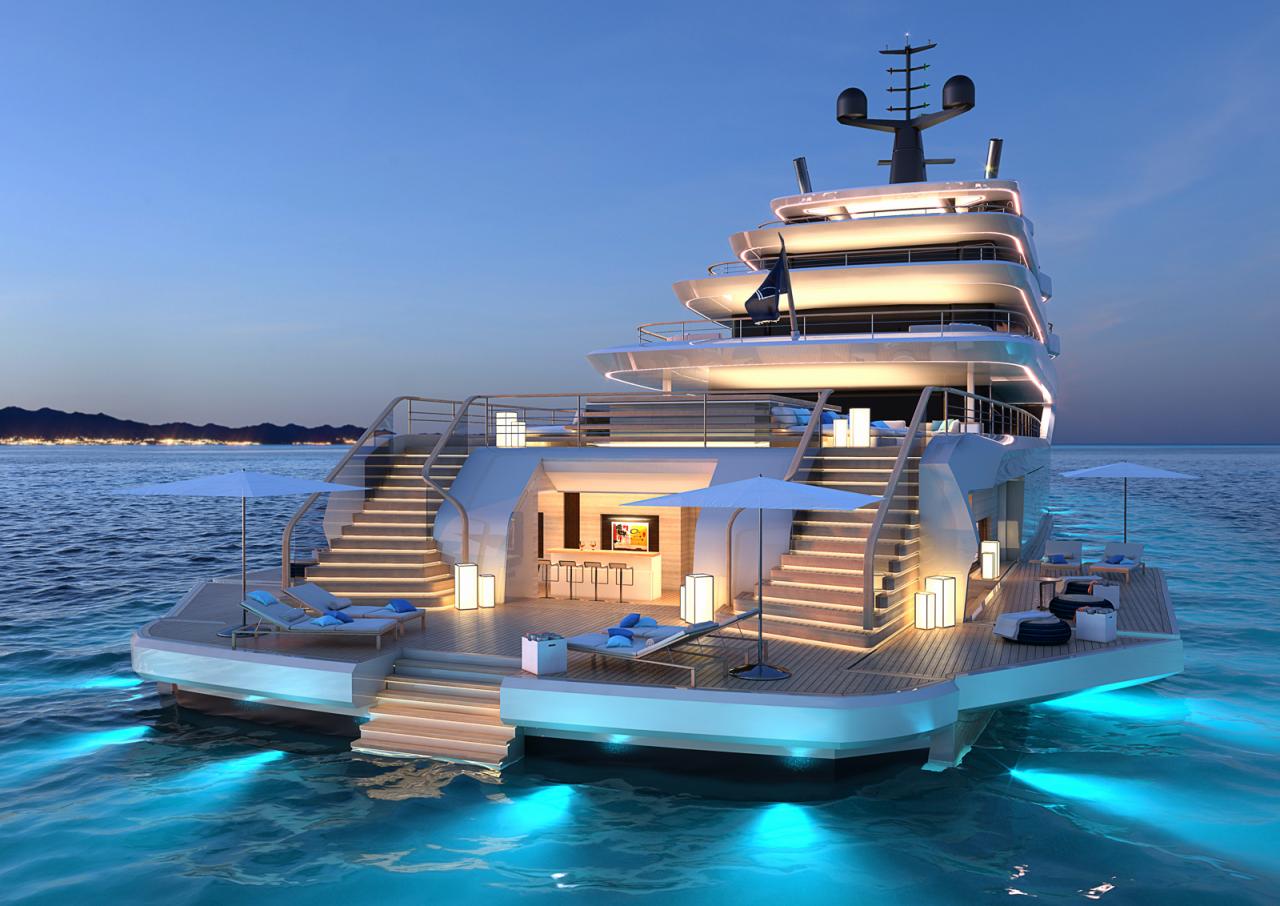 In addition, Nauta Design is working on two prestigious motor yacht commissions, both being built in Northern European shipyards. Combined, these superyacht projects total well over 200 metres LOA. The first of them will be delivered next year, the second one in 2023.

Last but not least, they’re working on three speculative projects that are already well on their way to being developed and engineered. Two of these are in collaboration with an Italian shipyard, while the third is with a Dutch shipyard. All three projects fall between 70 metres and 85 metres in length.