Mallorca is becoming a hub for top Crossfit atletes

We all know that our small island is home to tennis greats Rafael Nadal, Carlos Moya and Boris Becker. It’s also a cycling mecca- with Britain’s hugely successful Team SKY frequently slowing my morning school run between Santa Maria and Bunyola. Rock climbers from all over the world descend on our island for its scraggly cliffs. Kite and windsurfers litter the bays. Yes, with its temperate climate and sunshine days, Mallorca is a great place to practice and improve. And another sport has made the island a hub for its elite, and that is the sport of CrossFit.

At C23 CrossFit gym in Son Morro, I recently had the privilege of interviewing three top-tier CrossFit Athletes. Kristof Horvath (26), Jacqueline Dahlstrøm (29) and Gabriela Migala (22) have all competed at the prestigious CrossFit Games in the United States. I wanted to know what makes these athletes unique? What has taken them to the top of the Sport of Fitness?

One thing all three athletes have in common is their English coach, John Singleton (34). I first met John when he was a coach at Crossfit Mallorca in Santa Ponça back in 2013. A trained osteopath, John’s acute eye for good biomechanics has helped him develop into one of the leaders of the sport. He has coached former CrossFit Games runner up athletes, Sara Sigmundsdóttir and Björgvin Guðmundsson in the women and men’s respectively. Last year, he guided a whopping eleven athletes to The Games, which was also the fifth consecutive year of having an athlete represent him and his coaching methods at the prestigious event.

John has run training camps all over the world and provides tailored training regimens through his patented program, subtly named ‘The Progrm’ (learn more @ https://theprogrm.com). He is now settled on the island and recently opened his own cross-training gym in Port Calanova, aptly named, ‘The Box’. 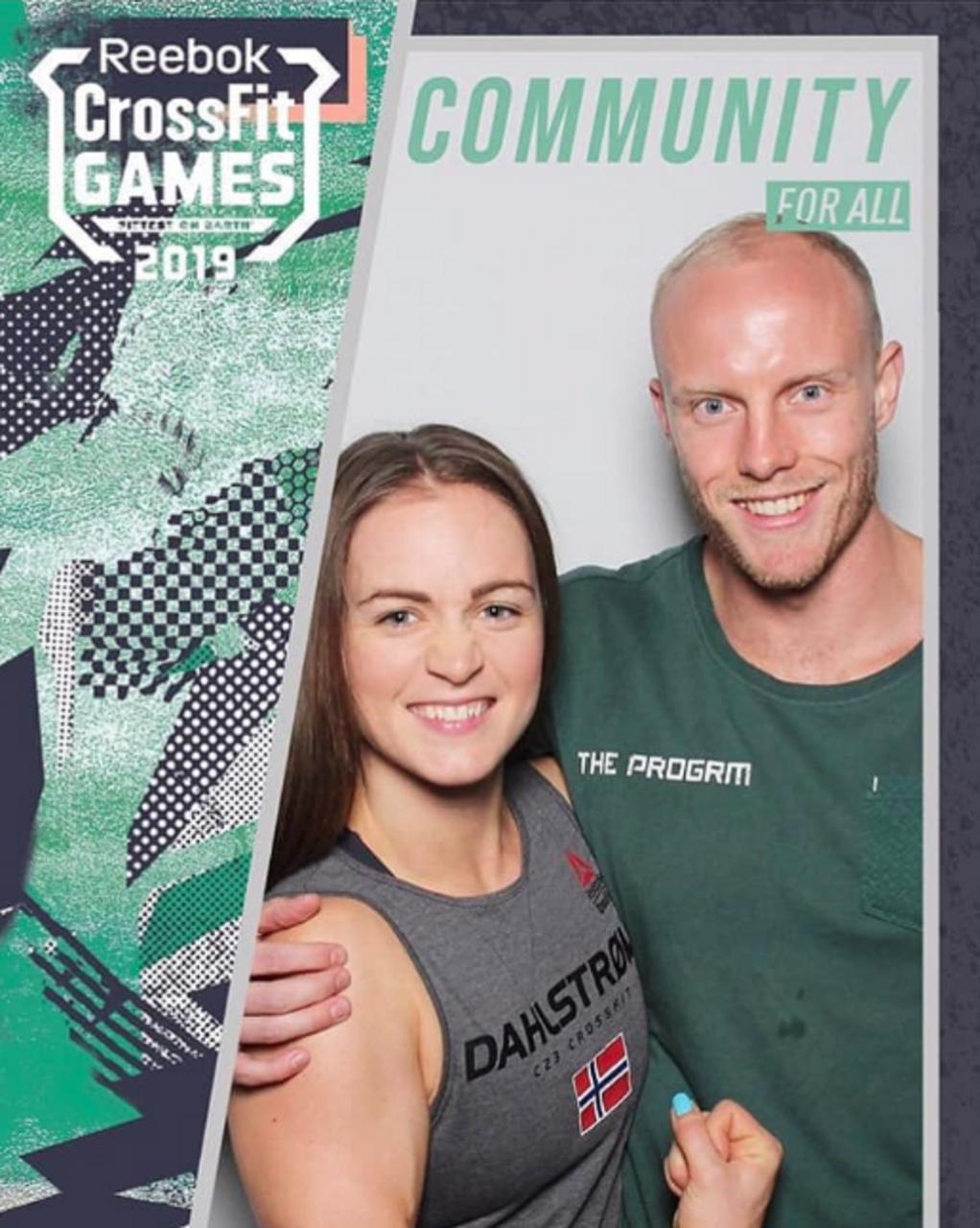 Jacqueline Dahlstrøm is one of John’s hottest prospects and is currently vying to improve on her 22nd ranking at the 2019 CrossFit Games.
As a young girl, she was a showjumper, spending her leisure time at the stables and is more experienced than most in having immense power and agility at her fingertips. Before CrossFit, Jacqui was already well acquainted with the gym, dutifully training her body for Body Fitness competitions, coming runner up in the Norwegian Nationals in 2013.

When Jacqueline grew tired of training just for aesthetics, she walked into the CrossFit affiliate across the road from her old gym. The rest is history. A fresh casual to the sport, she came 54th in Europe in the global online CrossFit Open that same year (2015).
Her rapid ascent into The Games should come as no surprise. The eldest of three, she puts an expectation on her shoulders and self-identifies as ‘stubborn’ and ‘determined’. She venerates structure, routine- the strengths of a woman whose previous career aspirations included the police force and the military. These are the virtues praised for taking athletes to the top.

There’s another quality, though, that sees Jacqueline frequently leading the herd.
At school, she excelled in physics and maths and, later, studied engineering, particularly fascinated with the moving parts of machines. Mechanics was a field where she could learn to ‘connect circuits, optimise mechanisms, and strive for efficiency’. In the quantified world of fitness- where every pound, inch, and second counts- Jacqueline optimises the mechanics of every lift and tackles each workout with the most efficient strategy.

Gabriela Migala is Jacqui’s training partner. But before she discovered CrossFit, she was one of Poland’s hottest tennis prospects. A natural-born adrenaline junkie, she satisfied her craving with a variety of competitive sports, including basketball, volleyball.
Her family always expected her to become a professional athlete, and as she grew older, they encouraged her to channel her energy and talent into a single sport. Her parents chose tennis- an easy decision based on her stamina, mobility and power.

When a CrossFit affiliate opened up near her home, Gabi traded in the racket for the barbell. Her natural athleticism did the rest, facilitating a rapid rise to the top of one of the most demanding individual sports.

Within two years, in 2018, Gabi was competing in her first European Regionals in Berlin. She won the first event- the gruelling ‘Triple 3’- beating CrossFit legends- like two-time Games winner Annie Thorisdottir, Sara Sigmundsdottir and Kristin Holte- in the process. Despite being just nineteen years old, Gabi only missed out on qualifying for the Games that year by a single place. 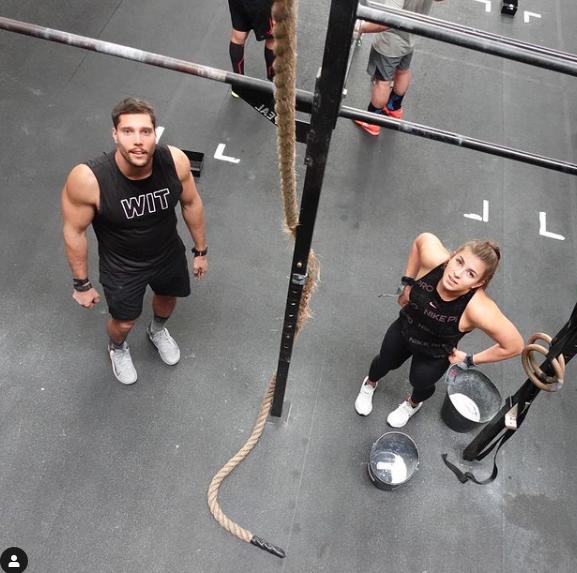 Since then, prize money- from major events like the Dubai CrossFit Championship, Wodapalooza, and the CrossFit Games, along with sponsorship deals, have given Gabi financial independence and career satisfaction.

At the beginning of March, a few days before lockdown, Gabriela had only just moved to Majorca with her boyfriend, the tall Hungarian, Kristof Horváth. As their apartment had no furniture, no beds, crockery, no pots and no pans, John and Jacqueline invited Kristof and Gabi to live with them at John’s farmhouse home in Santa Eugenia. For six weeks, the farm was their gym.

The feeling was all too familiar to Kristof. The son of two teachers of physical education, Kristof would assist them at their climbing gym after school. He also played a variety of team sports growing up- basketball, badminton and rounders in the cul de sacs in the suburbs of Budapest. After graduating, he worked as a ski instructor, guiding young children around the icy slopes.

In order to improve as an athlete, Kristof knows the importance of keeping the right people around him. But for Kristof, exercise is about being part of a family. ‘What are your ambitions as an athlete?’ I asked him. ‘Just to compete,‘ he said ‘to be a consistent competitor at the games for many years’. He competes at the highest level in one of the worlds most demanding sports, not just to win, but also a way to stay at ‘home’; spending time with the people he loves.

Each athlete values routine, has a great attitude, and is a fine physical specimen. But it is their upbringing, rich in sports and recreation, that has prepared their minds and bodies for the variety of motor skills that CrossFit throws at them. As the sports scientist might say, they are very physically literate. If we compare it to literacy in writing, then these athletes are the Huxleys, the Hemingways and the Dickens of sport.