The Chinese lunar new year starts tomorrow so tonight is the equivalent of their new year’s eve — but there will be no fireworks to welcome the Year of the Ox, although Chinese families and other Orientals will be celebrating at home.

The covid virus has put a worldwide damper on celebrations of every kind and although there won’t be external parties and street parades in the Chinatown areas of big cities on the five continents, the Chinese will still be feasting at home in as much as local restrictions allow.

Those Bulletin readers who like eating at Chinese restaurants for the lunar new year, will have to settle for a takeaway or home delivery of their favourite rice and noodles dishes tonight and tomorrow.

Although there will be a Chinese restaurant near you where you can get an impromptu meal, the 10pm-6am curfew means dining times will be curtailed, so don’t order your takeaway Year of the Ox meal at the last minute.

Two highly recommendable places in the centre of Palma are Hemudu in Calle Rubén Darío 1 (Tel:971-327902), which specialises in the cooking of North China, and Made in China in Calle Ramon i Cajal 15 (Tel:971-773084), which does mainly Cantonese cooking. Culinary standards at both places are very high.

The Chinese are the world’s most superstitious people and at the lunar new year they are more conscious than ever of the omens that signify good luck and happiness.
Every dish on a family’s new year table is designed to bring joy and prosperity and the menu always includes spring rolls deep-fried to a lovely golden colour, partly because this is the start of spring but also because the rolls symbolise the gold ingots of imperial days. When eaten during new year meals, the rolls mean the coming 12 months will be prosperous. In many homes the new year spring rolls are made larger than usual: the bigger the roll, the greater the prosperity. 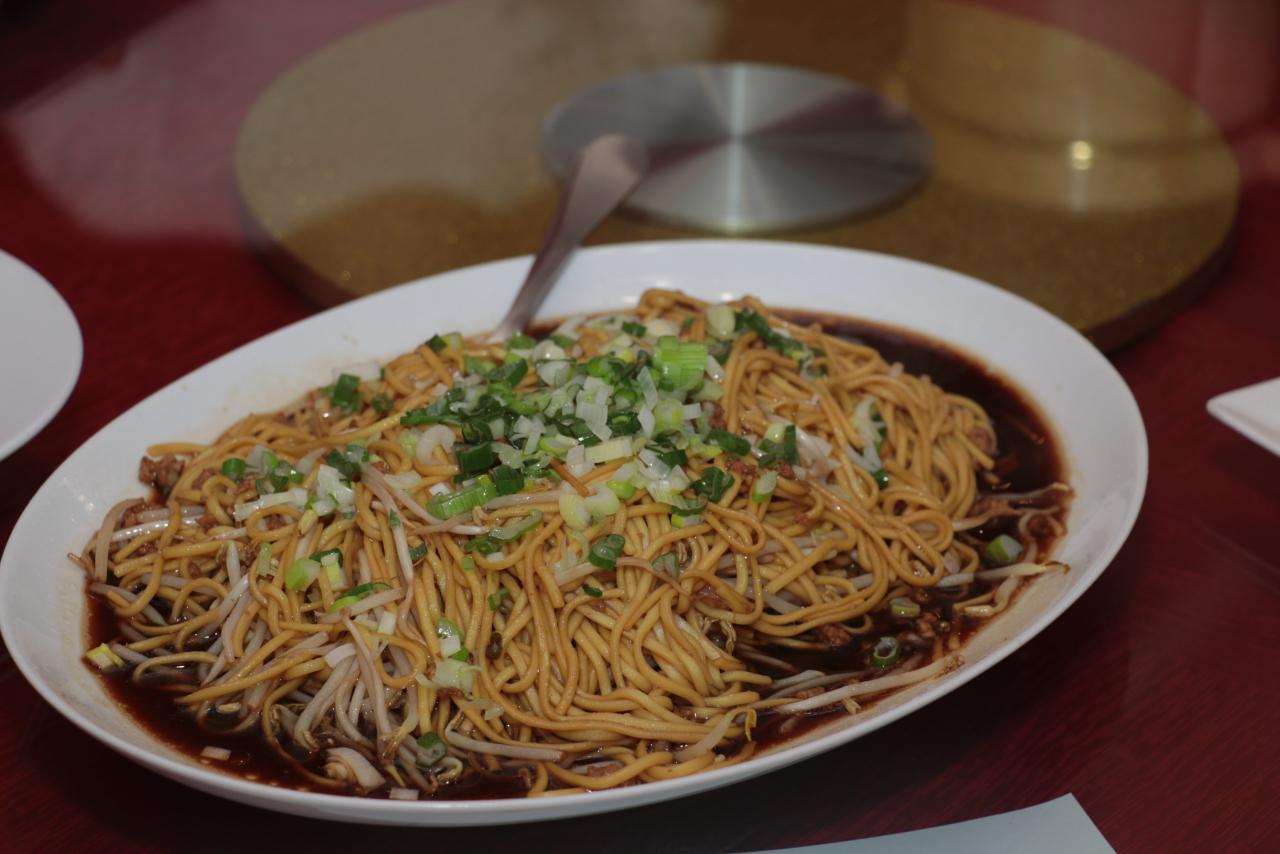 All Chinese people have longevity near the top of their list of priorities, so at this time of year they eat noodles at every meal. The noodles are always longer than usual because they signify long life: the longer the noodles, the longer the lifespan.

A few years ago I had a new year meal at Shi Shan Xuan in Calle Uetam where a Chinese family was eating at one of the large round tables. Everyone was there, from what was obviously the grandfather to a little girl of about two. The grandfather started off his meal with three bowls of extra-long noodles. He obviously believed in the long lifespan theory. One thing is for sure: no Chinese person, young or old, eats short noodles during the new year celebrations.

Another obligatory new year dish is crisply roasted suckling pig, which the Chinese adore even more than Mallorcans. It is one of the most prized dishes in Chinese homes and is reserved for very special occasions such as weddings and the new year.
However, unlike in Mallorca, the roast suckling pig also has an important symbolic role to play: it is on the table for the gods to eat. By pleasing the gods, the family ensures they will have good luck and divine favours for the rest of the year.

Just as we do during Christmas, the Chinese splash out and buy other expensive foods that are reserved for special occasions. These include lobster and abalone, a mollusc that is one of the great delicacies of Chinese cuisine.

But other new year dishes are made with inexpensive cuts of meat such as shin of beef, a popular ingredient at all times of the year and one that symbolises stability.
Fish dishes are popular because the word for fish, ‘yi’, sounds very much like the character for leftovers. So a new year fish dish is saying “may you have leftovers throughout the year”. 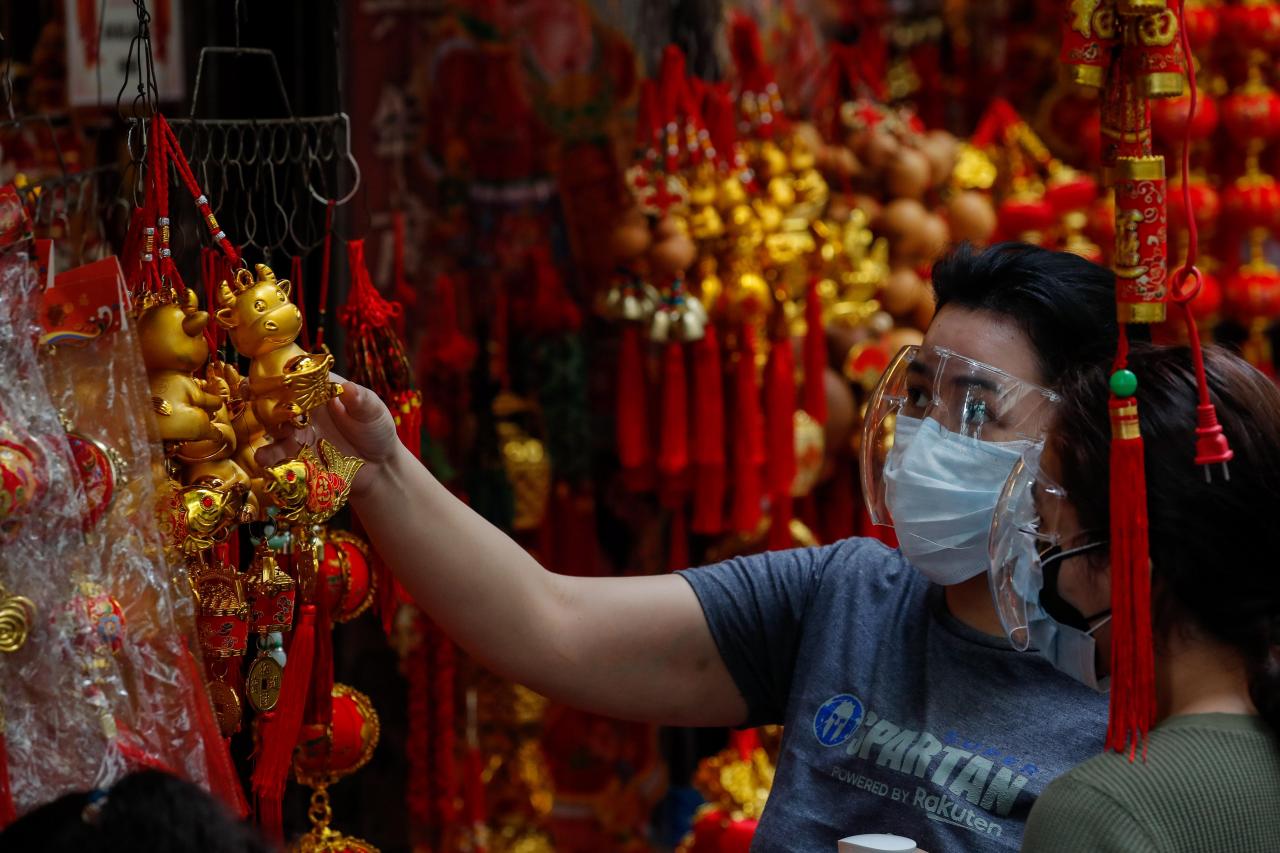 Sometimes a dish contains several symbolic ingredients, and as they all have something to say the message can get quite complicated.
A simple and cheap dish like pig’s trotters represents the human hand and, by extension, anything that is touched. At the new year trotters are served with black mushrooms and black moss.

Moss in Chinese is ‘fa cai’ but ‘fa’ also means to prosper. The sound of the character for mushroom, ‘mogu’, also means ‘everything in every way’. Some reddish carrots are added to the dish because red is linked to gold — and, therefore, money. So this dish is saying to the person who eats it: “Everything you touch will be successful and you will prosper in whatever you do.”

Legend has it that Buddha called on the animals to come to him so they could learn his ways and spread them throughout the world.
The wily rat beat all the others, partly because he did the journey on the back of the well-mannered ox, who then let the rat run on ahead. The rat and the ox were followed by the tiger, rabbit, dragon, snake, horse, goat, monkey, rooster, dog and the pig.
In Chinese astrology, the Year of the Ox applies to those born in 1925, 1937, 1949, 1961, 1973, 1985, 1997 and 2009.

The Ox sign, which corresponds to the western Capricorn, symbolises prosperity through hard work. People born in this year are dependable, calm, systematic and patient. They like routine and a conventional way of life.

When I was young I thought I was born in the year of the tiger. Great, marvellous. Delighted! It wasn’t until I realised that Chinese New Year is usually in late January or early February that i realised that I was in fact an Ox. Hmm. Desperate to find something more heroic than an Ox ( boy thinking) I discovered that I was born on the the night of the Wolf Moon. That’s more like it. And my Ox’s element is metal, so not all bad. 新年快樂!