It was a meeting at Alcudia town hall. I don’t recall exactly when (2016 perhaps), but I was there with Pepe Tirado of the Acotur tourist businesses association and a group of bar and restaurant owners. The purpose of the meeting was to raise an old sore. What the town hall was supposed to have ever been able to do about all-inclusive hotels was a mystery to me. Nevertheless, representations were to be made, and they concerned one hotel complex in particular - Bellevue, the largest of all complexes, with absolute capacity for over 5,000 and some 1,400 studios and apartments.

A marmite of a complex, loved and hated in equal measure, the Bellevue all-inclusive offer had started around 2006. It was reckoned that this had risen to constitute 80% of the offer. The all-inclusive effect on the complementary sector of bars and restaurants was thus writ very large. This was why there was the meeting.

Pepe’s introductory remarks were cut short by the mayor, Toni Mir. By coincidence, he had attended a meeting earlier that morning. It was with representatives of BlueBay Hotels & Resorts, who run Bellevue. They had presented a plan for the complex, the principal intention of which would have been to advise the town hall of the need for building licences. Mir announced that the plan envisaged an upgrade to four star (or more accurately four key). Work was to be carried out over a four-year period. All-inclusive was to be reduced to 50% or less. At a stroke, much of the thunder of the purpose for the meeting had been silenced.

Parts of the complex were, quite frankly, an absolute disgrace. Investment had been needed for years for a development that is now almost fifty years old. Investment was made, and this is why I mention the story of Bellevue. The installation of air-con, new restaurant facilities, grounds made over with themed elements aimed at a family market; the cash has been pumped in, but the products of this investment sit idle. They were last summer, they may well be this summer. A huge effort of transformation but with no return; some of the work now appears to have stalled.

This is no isolated example. The level of investment in Mallorca’s hotels in recent years is a factor on top of the current inactivity. The income flow has been disrupted, and the investment needs a return and a repayment. While the sources of investment may not be a hotel group’s, the strains exist nonetheless.

For hoteliers, a great deal depends on their underlying financial strength and the relationships with investors. I don’t know BlueBay’s circumstances but I suspect that it will be sound enough. It isn’t in the league of a Meliá, but it is of a good enough size to likely be able to withstand the crisis.

There are the haves and the have-nots. Gabriel Escarrer, the CEO of Meliá, gave an interview earlier this week in which he explained that total confinement (lockdown) meant the loss of 45 million euros per month. In the third quarter of last year, when hotels were open but weren’t bringing in sufficient money, the loss was 31 million per month.

Investors, he said, viewed the situation calmly. There was no need, for example, to go to the market and seek an increase in capital. The group’s liquidity, as of last September, was just under 450 million euros. The crisis can be withstood. Escarrer added that right now he has a safe of cash to service liquidity needs. But it certainly won’t apply in all cases. 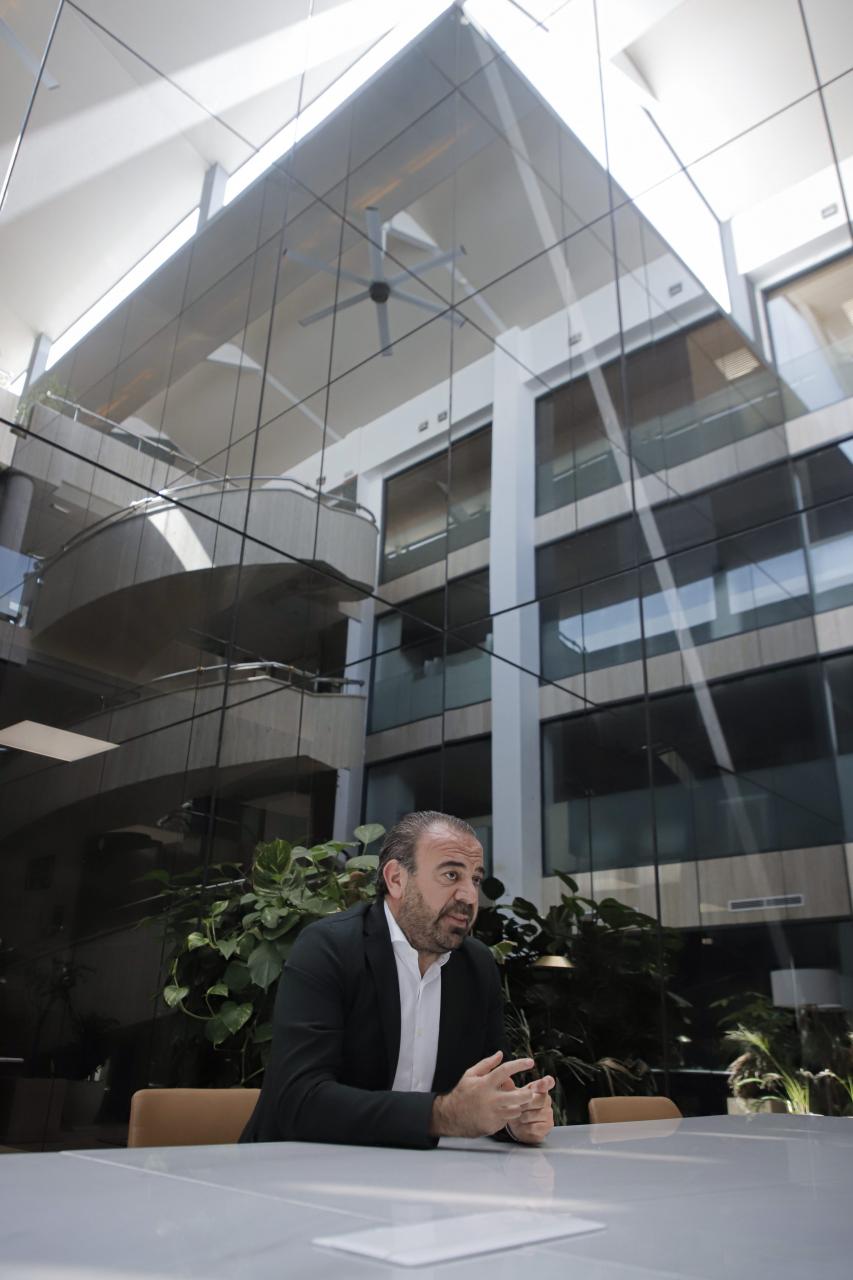 The SOS Turismo campaign has followed what I highlighted in an article at the start of last week. “Losing society: business lays into government” was about the political crisis that Francina Armengol and her government faces. The hoteliers were only one of the many signatories of a letter sent to Armengol, but they are the part of the tourism sector with the highest profile and the greatest political power if they feel inclined to wield it. The demand is for rapid mass vaccination, but there are other demands that have been made consistently over recent weeks - direct aid being uppermost.

While Escarrer has been insisting on mass vaccination, he and Meliá aren’t in the same boat as many of the hoteliers, who are represented by someone who is not from a big hotel background, Maria Frontera. The Mallorca Hoteliers Federation, which had seemed to be dominated by the interests of the large hoteliers, ceased to be when Frontera became president. When she speaks of despair, it’s genuine, while even before the crisis, she was not exactly enamoured of the government’s handling of tourism. In an interview in April 2019, she said that there hadn’t been a tourism policy under the presidency of Francina Armengol.

The government’s response to SOS Turismo has been to say that it understands the anxieties of the tourism industry. It would be a strange government indeed which didn’t understand. It then says that issues will be resolved around the ‘social dialogue table’, a gathering that Frontera has denounced because of government posturing, and adds that protest doesn’t convey the best image abroad of Mallorca.

Does the government believe that the tourism industry wants to convey a negative image, if indeed this is the case? What the industry is crying out for is more help. The likes of Meliá and quite probably BlueBay can hang on in there, even if the unused products of investment cut a sorry sight. But the industry isn’t all Meliá by any stretch of the imagination.

Ultimately, however, SOS Turismo highlights not just the impotence of an industry devastated by crisis but also that of the government, not - I believe - because it wishes to be but because it has very little alternative. Health matters above all, but the regional government simply isn’t blessed with the resources to facilitate direct aid on a huge scale and isn’t in a position to somehow unilaterally embark on a vaccine purchasing process that will guarantee the type of mass vaccination which is being called for. The regional government can often hide too easily by blaming everything on Madrid or Brussels, but it is reliant on both in escaping the crisis.

The cry for help is heartfelt, and it is on a far greater and graver scale than was the case when bars and restaurants were approaching Alcudia town hall about all-inclusive. But there is a similarity. Institutions can only respond if they are empowered to respond.