You will find mozzarella cheese in every supermarket in town and even in small neighbourhood shops. Some of the packets even say the mozzarella comes from Italy. How many of us have ever tasted genuine mozzarella? The answer is extremely few.

Mozzarella, the world’s best selling cheese that is used daily in hundreds of thousands of restaurants on the five continents, first appeared in the Campania region around the 12th century.

The name was never copyrighted and it had no official status that guarantees its origins until 1993, when mozzarella received Italy’s DOC status, guaranteeing its place of origin. Genuine mozzarella is sold only in little bags of cheese carrying the words ‘mozzarella di bufala campana’.

The DOC certificate applies to all mozzarella made with buffalo milk in Campania and also in the province of Lazio as well as in Foggia (Apulia).

Cheesemakers all over Italy produce mozzarella, but most of it is made with cow’s milk. Some of Palma’s supermarkets sell little balls of mozzarella in a saline solution and they are imported from Italy. But you’ll never find one with the all-important words ‘mozzarella di bufala campana’ on the bag.

Some of the mozzarella used by Mallorca’s pizzerias and restaurants as a pizza topping is made on the island. And from cow’s milk, of course.

The reason mozzarella is the world’s best-selling cheese is that everyone copies it. Anyone can legally set up a cheese-making business and produce a fresh cheese with cow’s milk and call it mozzarella.

As the actual name doesn’t have the international protection given to sherry or champagne (or the Cornish pasty), cheeses called mozzarella can be made and sold as such in any country.

contain 100 per cent buffalo milk. But your chances of finding an authentic one outside of Italy are very poor indeed.

You can easily tell the difference between a true mozzarella (made with buffalo milk) and the others made with the nearest available cow’s milk: you simply check the colour. Buffalo milk is ultra white and so is the mozzarella made from it.

Unlike cow’s milk, buffalo milk contains no carotene, the red or orange hydrocarbons found in carrots and other vegetables. It’s the carotene that gives cow’s milk its slightly off-white colour.

Mozzarella is a fresh cheese that is more of a texture than a taste. At its best it tastes of milk, which isn’t surprising because there is no other ingredient involved and no ageing to allow it to develop intense and interesting flavours.

Indeed, freshness is all with mozzarella, which is why even top quality versions sold in shops can never be the very best because they are always submerged in a saline solution.

If left in contact with the air it would lose its natural juices, its most important characteristic. Even a good cow’s milk mozzarella relies on its moistness for its texture and charm.

The cheese you get on an average pizza topping the world over isn’t sliced from one of these balls of fresh mozzarella.

It’s a special product mass produced in factories and shaped into rectangular blocks. It is then sliced or grated into large flakes for pizza toppings and salads.

Fresh mozzarella starts to go downhill a couple of days after it is made. That is why the experts in Campania, Lazio and Foggia say the best mozzarella is the ‘di giornata’ — made that same day. 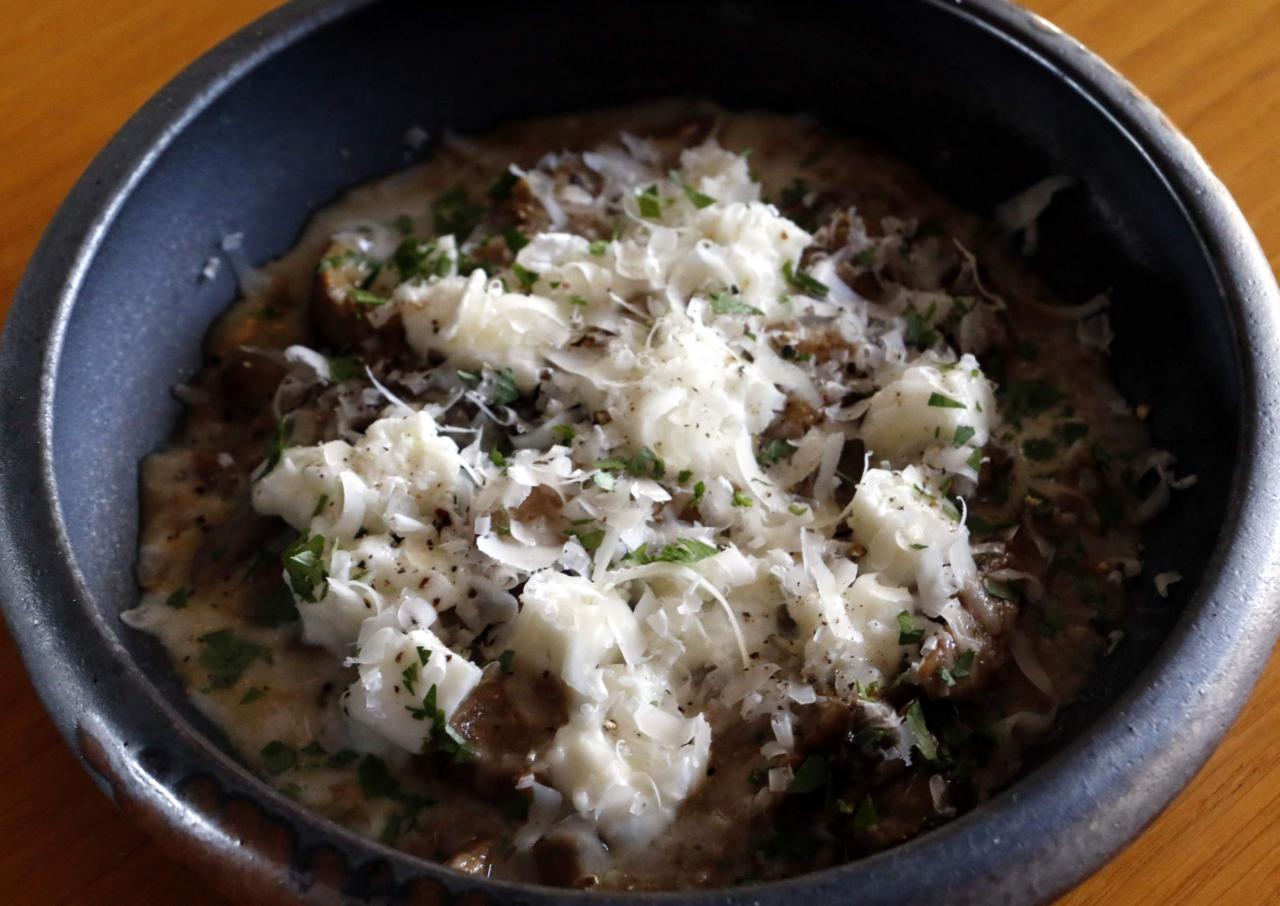 And that’s why it is impossible to get genuine mozzarella from Campania. Some years ago the Club del Gourmet of El Corte Inglés were selling it, but it wasn’t moving fast enough and they stopped stocking it. Freshness is imperative.

Busy pizzerias must have large amounts of cheese in stock, so they need a mozzarella-type version that has had all the whey squeezed out of it.

Restaurant owners call this cheese mozzarella, but conscientious cooks refer to it by the somewhat derogatory name of ‘pizza cheese’.

This factory-made compound merits every disparaging name we can think of because it’s the nearest thing there is to edible plastic.

Then there is the very special kind of mozzarella, originally called ‘manteca’, that was almost impossible to find outside of Italy.

It was developed in Apulia and was an ordinary ball of mozzarella at the centre of which was a blob of sweet whey butter, the thick liquid left after butter is churned.

Mozzarella was originally made only in the south of Italy and ‘manteca’ was a speciality that dates from the days when refrigeration hadn’t been invented.

In the poor Italian south, dairy farmers wasted nothing so they stored whey butter inside balls of mozzarella. This protected the butter and it helped to keep the mozzarella moist.

When cut open, the ‘manteca’ was an attractive sight. The whey butter was first spread on toasted bread or biscuits, followed by slivers of mozzarella and perhaps a grating of black pepper.

Over the years the ‘manteca’ word was dropped and the people of Apulia started to call it ‘burrata’ — the Italian word for butter is ‘burro’.

In more recent times Apulian dairy farmers stuffed balls of mozzarella with thick cream instead of whey butter — and burrata as we know it today became popular all over the world. The Italians are great salesmen.

Although the Italians rate authentic mozzarella highly, they sometimes use the word in a pejorative sense.

When football or basketball teams aren’t playing as well as the fans demand, the players are derisively called ‘mozzarelle’.

A good mozzarella is soft, delicate and mild, which is why football players who have lost the game after going all soft on the other team, are booed off the field and also hear taunting jeers of ‘mozzarelle’.