When a friend was talking to me about last week’s page on salmonetes (red mullet) she said she needed some white fish recipes for her young son. He likes salmon and as it’s a convenient fish for her to buy and cook, she had had been making it for him regularly — but it turned out to be a dish too frequent for the little boy.

She commented: “The other day he said ‘Salmon again, Mum? Isn’t there some other kind of fish?’ So I have to find some alternatives.”

He’s obviously a little boy who knows what he likes and what he wants — and he’s most polite about it. Other children of his age could have complained in a most scornful way. As such respectful behaviour deserves its rewards, I started to tell my friend of some alternatives for her son.

“You could start with salmonetes,” I suggested. “But they’re full of bones,” she objected, “and he doesn’t like bones.”

Salmonetes are not full of bones. If you lift off the fillets, which is easily done with a small sharp knife, you have two lovely pieces of very delicate fish without a bone on the horizon.

The flesh of the salmonete is very delicate and is at its best when dipped in flour and gently sautéed in butter and served on a bed of mixed salad greens — or cous-cous, quinoa or burghul stir-fried with finely chopped veggies of one’s choice.

And there’s no need to fillet the salmonetes. If my friend buys them at El Corte Inglés in Avda Jaime III (most convenient for her as she works in the centre of Palma) the staff will fillet them and parcel up the heads and spinal bones if she wants to get involved in using them for making stock or fumet.

The garnishes mentioned above (and many more) are also available at El Corte Inglés. They have bags of mixed salad greens (also on sale at other supermarkets) that are most handy for working mums.

I’m using one at the moment called ‘brotes baby leaf’ that weighs 70 grs and is enough for two large adult servings. It contains lollo rojo, lollo verde and batavia verde leaves and costs a most reasonable €1.15.

It’s only in the past few weeks that I’ve started to use these bags of ready-to-eat salad greens and I find them to be a true convenience food: they really do save time and there are none of the disadvantages that give so many other convenience foods a ‘junky’ reputation.

At El Corte Inglés my friend will also find another fish I’m sure her son will love: large gallos. This is a flat fish that is somewhat similar to a young brill and it’s so big it would be ideal for baking.

But I’m not suggesting that my friend does it in the oven for her son. This fish is sold mainly for its fillets and actually has a tag that says ‘para filetes’ — and that’s how my friend should be using these gallos.

In his superb cookbook called English Seafood Cookery, Richard Stein call this fish megrim sole, and suggests serving it with a beurre blanc, the creamy seafood sauce made with butter, onions, and vinegar or lemon juice. This dish has brought ‘quite good response’ from his regular customers. 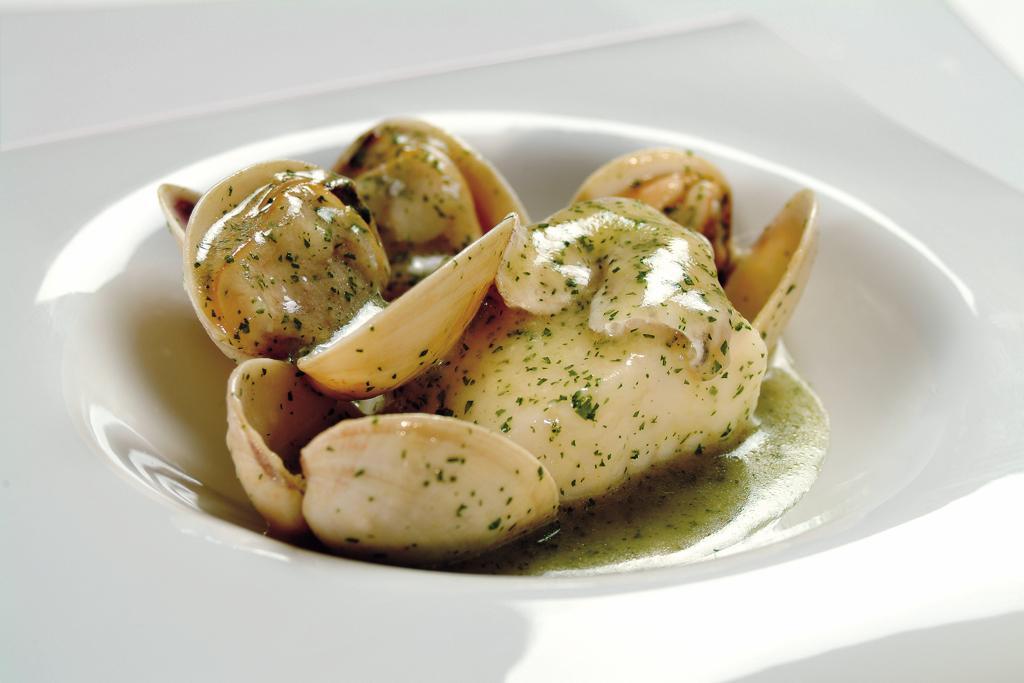 Stein gives 16 very useful pages on how to clean and fillet the fish featured in his cookbook, but if you shop at El Corte Inglés you can give these pages a miss: the fish counter staff will do all the cleaning and filleting the recipes call for.

That includes taking the four large fillets off the gallos, which my friend should cut into two or three pieces and then fry for her son in the simplest of ways. That could be coated with flour and gently sautéed in butter, breadcrumbed and deep-fried, or dipped into a light crisp batter.

My friend is a very busy working mother and she may not have time for making fish stock and fumet for future use, but if she has the inclination, the debris from the gallos will produce a rich fumet.

She can freeze it in the ice cube tray and then store the cubes in a plastic bag for enriching future sauces, fish soups and fish-based rice dishes.
The fish my friend cooks for her son needn’t be fillets extracted specially from a large flatfish such as the gallo — El Corte Inglés always has lovely fillets of cod at €15 to €17 a kilo.

She can slice them into finger-size pieces, breadcrumb them and serve as fish fingers atop mixed salad greens with her usual vinaigrette made with lemon juice (not vinegar) and a teaspoon of brown sugar.

The cod fillets are absolutely ideal making fish and chips which I’m sure her son will love if he doesn’t already know them. The fillets are large, the kind that are called ‘jumbo’ in fish and chip shops.

But for doing fish and chips at home it’s much more convenient to cut these fillets into three sections: two from the thick and the thin tail piece. That way they are much easier to fry in domestic deep-fryers, or just a biggish frying pan. 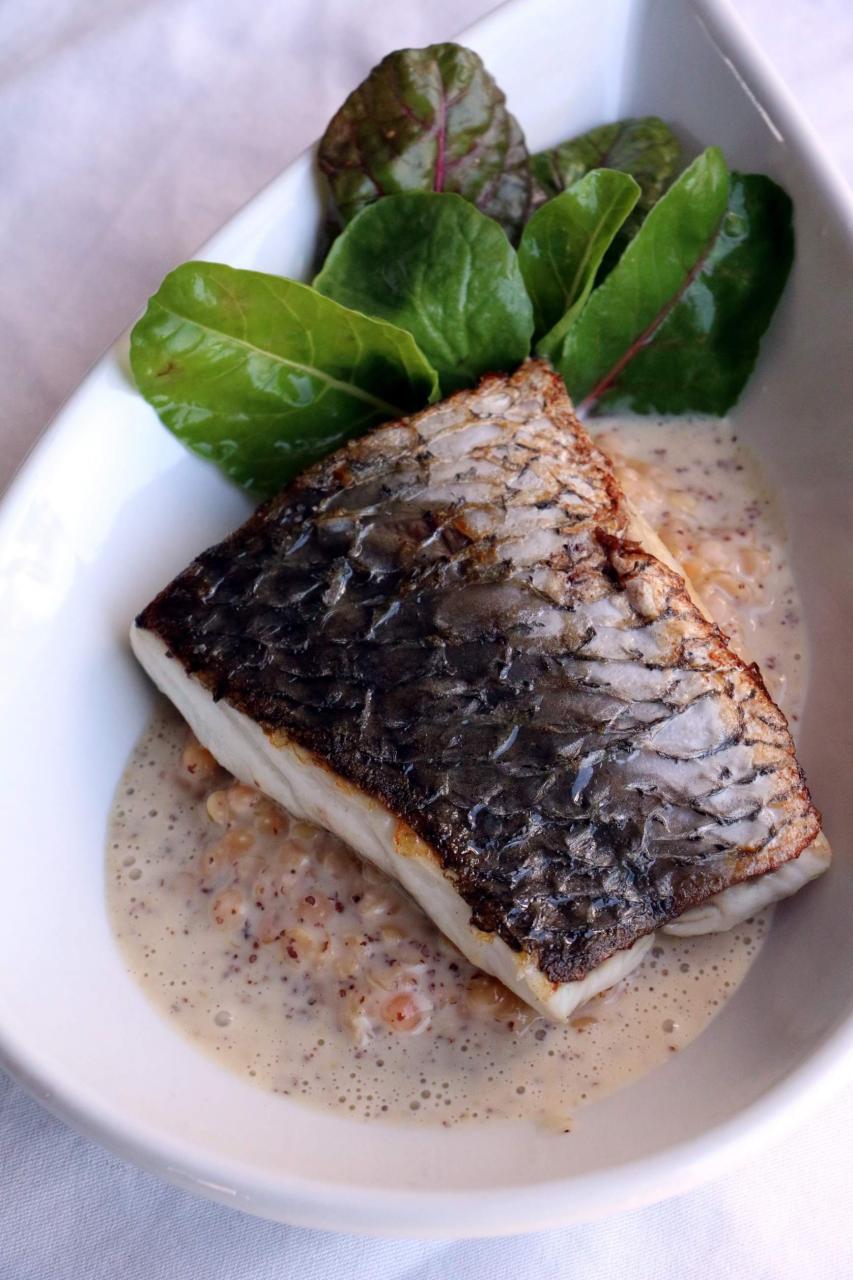 I once did two whole jumbo fillets (one at a time) using a very wide professional Chinese wok. It took the whole fillet with space to spare, I was using a beer-based batter that worked to perfection and it was a superb fish and chips.

But that was a one-off, a special meal for a special person during one of the 12 days of Christmas and it was the only time I ever fried a whole jumbo fillet. Nowadays I always slice the jumbos into three pieces. But at fish and chip shops I go for the jumbo.

My friend could also buy a whole merluza (hake) and get the staff to skin it and slice it into suprêmes, leaving a nice tail-end piece. In Spanish cooking, merluza is the most popular member of the cod family and each regional cooking area has its special ways of cooking it: in Asturias it’s done with cider, the Basques like it with a green sauce made with lots of parsley and the Cataláns stuff it with minced meat and fish.

But that, I am sure, would be too sophisticated for the little boy and for the moment his mother should stick to doing merluza Andalusian style by coating suprêmes in harina de garbanzo (chickpea flour), tempura, breadcrumbs or dipped in batter.

One of the best buys for my friend (and her son) is a farmed turbot, or rodaballo as it is called in Spanish.

This farmed fish is currently selling at €11.95 a kilo at El Cort Inglés and my friend will have to buy a whole one and have it sliced up into thick supremes, some of which she’ll have to freeze.

Rodaballo is the king of the flat fish and it has also been called the prince of the oceans. For the Romans it was phasianus aqualitis, or pheasant of the sea, because it is beautiful, elegant and with splendid flesh — just like the pheasant.

Farmed rodaballo come in convenient sizes and my friend will usually be able to buy one at around two kilos. At the Mercat d’Olivar, I’ve seen some so small they would hardly be enough for two servings.

But it’s a mistake to buy small ones because the suprêmes wouldn’t be thick enough — and that depth of the suprême is essential to provide the succulence that is an important characteristic of this fish. 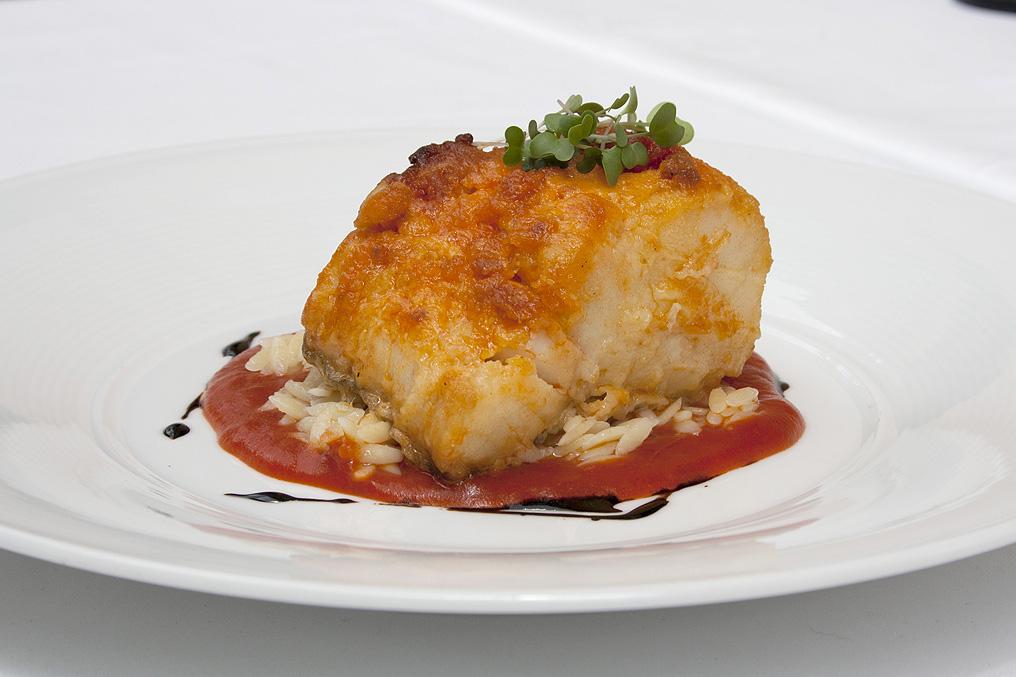 Most farmed rodaballo in Spain comes from Galicia but ahead of Spain in production are Norway, Denmark, Britain, Germany and France. The reproduction of the rodaballo in captivity was first achieved at the start of the 20th century, but research into the commercial possibilities of this fish didn’t begin in Europe until the 1960s.

That was when British scientists realised this fish flourishes in captivity and puts on weight rapidly. Ten years later various reproduction problems had been solved and commercial farming was on its way. Spain started production in the early 1980s.

The rodaballo’s eyes are on the left hand side of the body, the dark side. The other side is white. Knowing which side is which is important because the experts say the flesh on the left side, where the eyes are, is juicier and more gelatinous.

As the flesh on the white side is less tasty, everyone should have a piece of fish from each side. My friend could barbecue a large rodaballo for a Sunday family meal, explain to her son about this difference in taste and see if he can spot it. It will make the rodaballo more interesting for him…and the best connoisseurs start learning at an early age.

The rodaballo is one of the big-four ingredients the Basques traditionally chargrill, the other three being besugo (red bream), cogote de merluza (the butterflied head and top part of the hake’s body) and the chuletón (the big beef chop).

When chargrilling a whole rodaballo, the Basques never make slashes in the flesh (as many other cooks do) because the heat would get in and dry out the bones, making for a less succulent finish.

Basques start chargrilling the rodaballo on the white side and give it two or three turns from start to finish. Actual cooking times depend on the thickness of the fish — and it takes experience to get it right.

When a Basque cook decides the rodaballo is about one third cooked, he starts to baste it with a special vinaigrette sauce, the composition of which is a secret. It consists mainly of a good wine vinegar plus fresh and dried herbs of his choice. He bastes frequently but with very small amounts every time so that the natural flavour of the fish stays upfront.
Each person at table will get some of the flesh from the left and the right side so they can compare and see that the left side is juicier. And when the flesh has been disposed of, the cartilaginous bones will be sucked clean of their gelatinous goodness. They can also be used to make stock of fumet.

Sometimes a chargrilled rodaballo will be served on the bed of a single herb, such as rosemary. It makes for a most impressive presentation. When done like this the rodaballo is served with a chive and parsley butter.

My friend can ring up the changes in the plain cooking of what she serves to her son by mixing breadcrumbs with herbs he enjoys. Herbs can also be mixed into flour and batters. The idea is to build up variations on themes so that he doesn’t get bored with them.
Her son will be most grateful for these culinary innovations and just as he was polite enough to put in a low key complaint, he’ll now be heaping praise on his mother’s cooking. Both of them will be most content with these culinary variations.