Corals: the deep-sea gems of the Balearic Sea

When people think of corals they often think of tropical waters in the Caribbean or the Great Barrier reef in Australia. But corals are deep sea animals and also inhabit temperate waters such as those of the Mediterranean, and much colder and very deep waters all over the world. 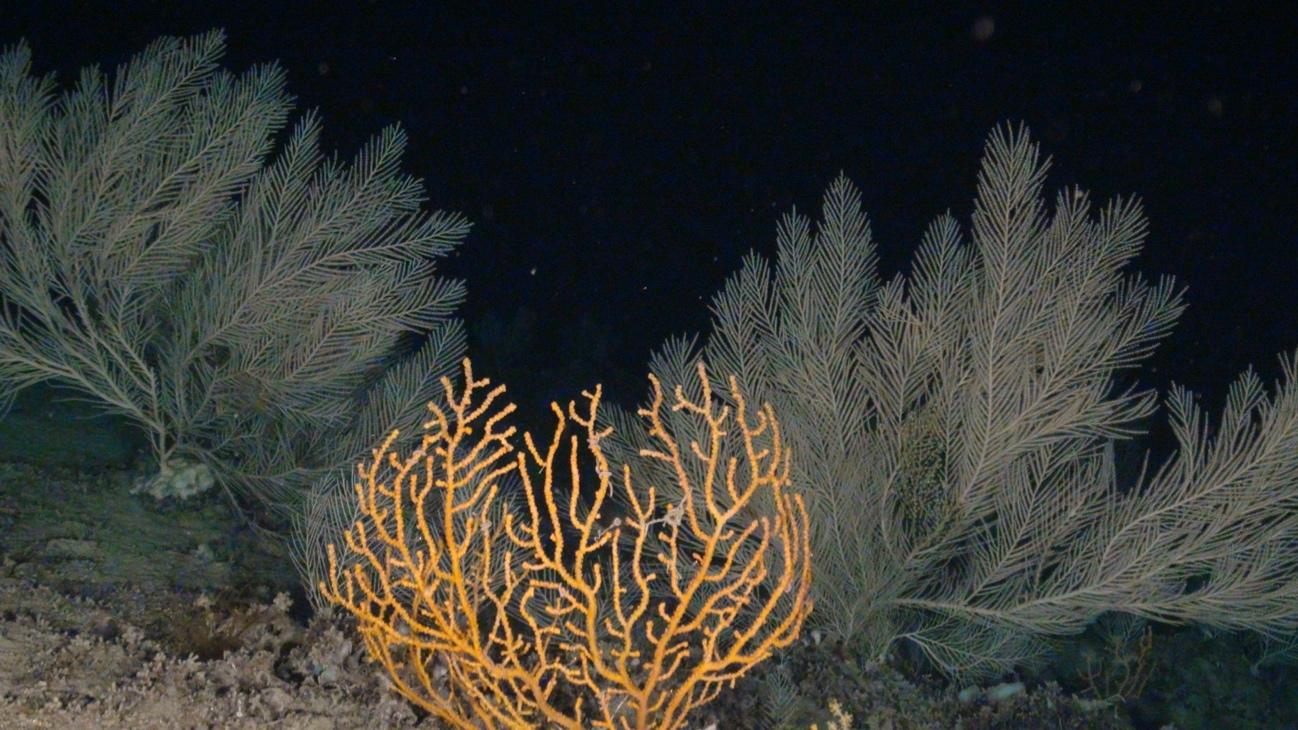 Thanks to the development of underwater technologies such as remote operated vehicles with cameras, that allow us to see what goes on in deeper places that divers cannot reach, and in particular thanks to some of the campaigns led by Oceana a few years ago, we know that deep-water corals are present in Balearic waters.

One of key ecological traits of these deep-sea animals derives from the fact that they form structurally complex habitats on the muddy desertic-like seafloor where sunlight does not penetrate (> 200 m water depth), thus serving as a deep-water biodiversity hotspot.

Their three-dimensional structures become critical for sustaining life by providing shelter to a variety of marine organisms such as fish, octopus, crustaceans, sponges, molluscs, worms, bryozoans and echinoderms. In addition, deep-sea corals can serve as nursery grounds for fish of commercial interest, and also for sharks who place their eggs on the intricate branches of the corals.

Deep-sea corals are mostly found colonising underwater geological features, namely on flanks and summits of seamounts, promontories and canyons. In the Balearic Sea, around 16 threatened species of corals have been identified, mainly on the Son Bou Canyon (Minorca Channel), off the coast of Cape Formentor (Mallorca), the Émile Baudot escarpment and Ses Olives and Ausiàs March seamounts (Mallorca Channel). 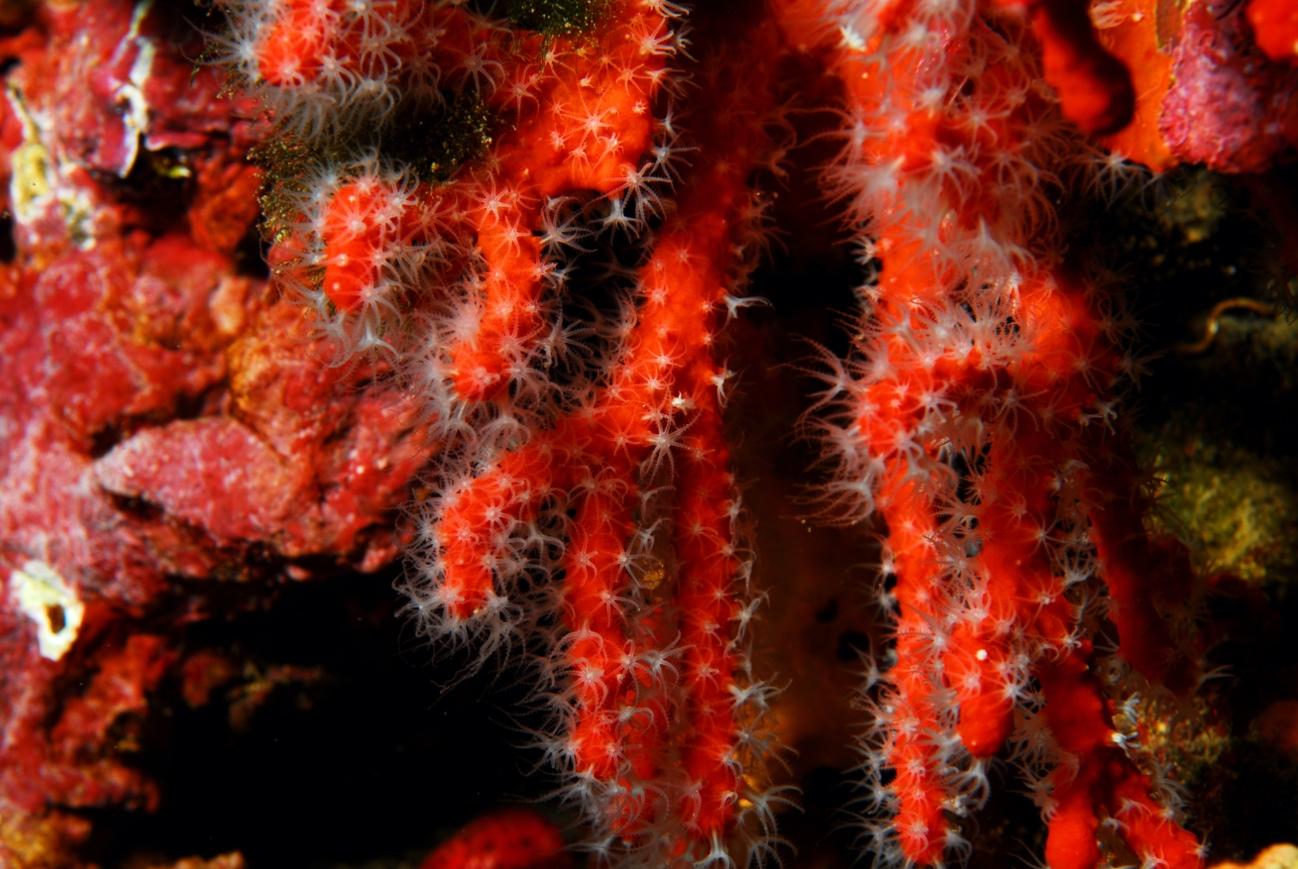 Some examples of the species present include: black corals, sea pens, red coral and bamboo coral. This latest, the bamboo coral (Isidella elongata), is one of the most threatened of the Balearic Sea and listed as Critically endangered by the IUCN Red List.

Corals have extremely slow growth rates and some species, such as black coral, can be up to a thousand years old! At the same time, coral structures are highly fragile and can break up easily by physical impact. Therefore, the integrity of their habitats is mainly threatened by: 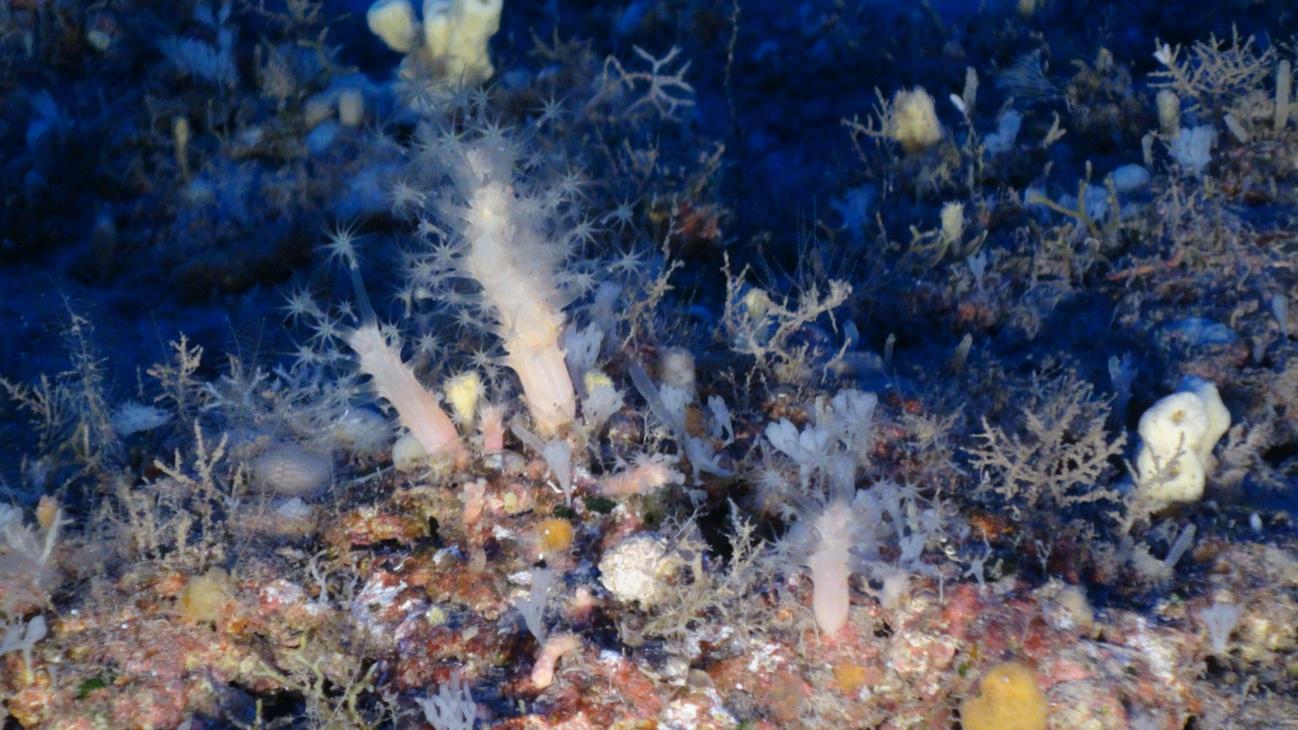 Due to their important ecological role and the numerous threats they face, corals are protected by several national and international agreements including the Barcelona Convention and the IUCN. Nevertheless, appropriate management measures for some of the deep-water species are still much needed.

In the collaborative project The Balearic Sea Report (www.informemarbalear.org) covering 150 indicators about the Balearic Sea, and available to the public, we will continue to update information on the distribution of these organisms from future scientific studies.

The detection and mapping of deep-sea coral populations over continuous ocean areas is paramount to ensure the conservation of these ecological gems hidden in the ocean depths.