Even if you are not a lover of dragonflies and damselflies, when one passes close by, you cannot help but admire the vibrant colours or even their size. But sit close by any body of water and you will see a variety of these amazing creatures which are carnivorous, excellent flyers and very relaxing to watch.

What is a dragonfly?
Belonging to the order Odonata, the hindwing is broader than the forewing which gives them the Greek name ‘anisos’ meaning ‘unequal; and ‘pteron’ meaning ‘wing’. An elongated body, large multifaceted eyes and two pairs of strong, transparent wings distinguish them in the insect world. 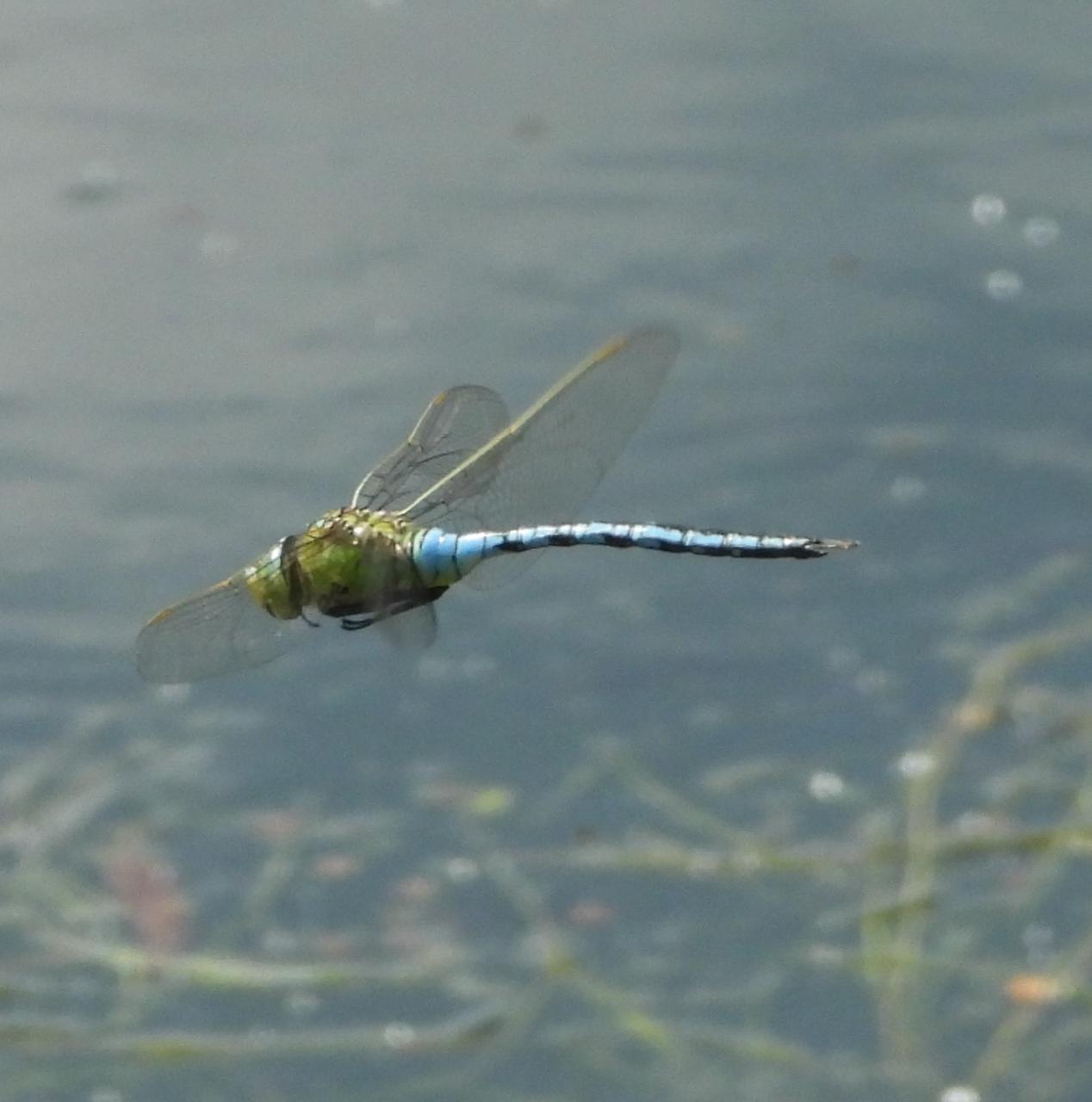 They can look similar to damselflies, but these are much smaller and lighter in build. Two good ways to instantly tell a dragonfly from a damselfly is that the dragonfly wings are held flat and away from the body whereas the damselflies hold their wings folded at rest, along or above their abdomen. Also, a damselfly has a weaker, fluttery flight compared to the agile flying of a dragonfly.

Dragonflies have metallic or iridescent colours that really stand out which are produced by structural colouration, and their eyes have nearly 24,000 ommatidia each giving them superb vision. They are top predators, both in their aquatic larval stage (when they are known as nymphs) and certainly as adults.

Most species have an adult lifespan of around ten weeks - but what an entertaining time that is for the observer. Both the La Gola wetland near Puerto Pollensa and Tucan Marsh on the outskirts of Alcudia have a great variety of dragonflies and damselflies, and sitting down and watching will see the many comings and goings of these busy and beautiful creatures. In fact, anywhere where there is water, from the marshes to roadside ditches will see them. 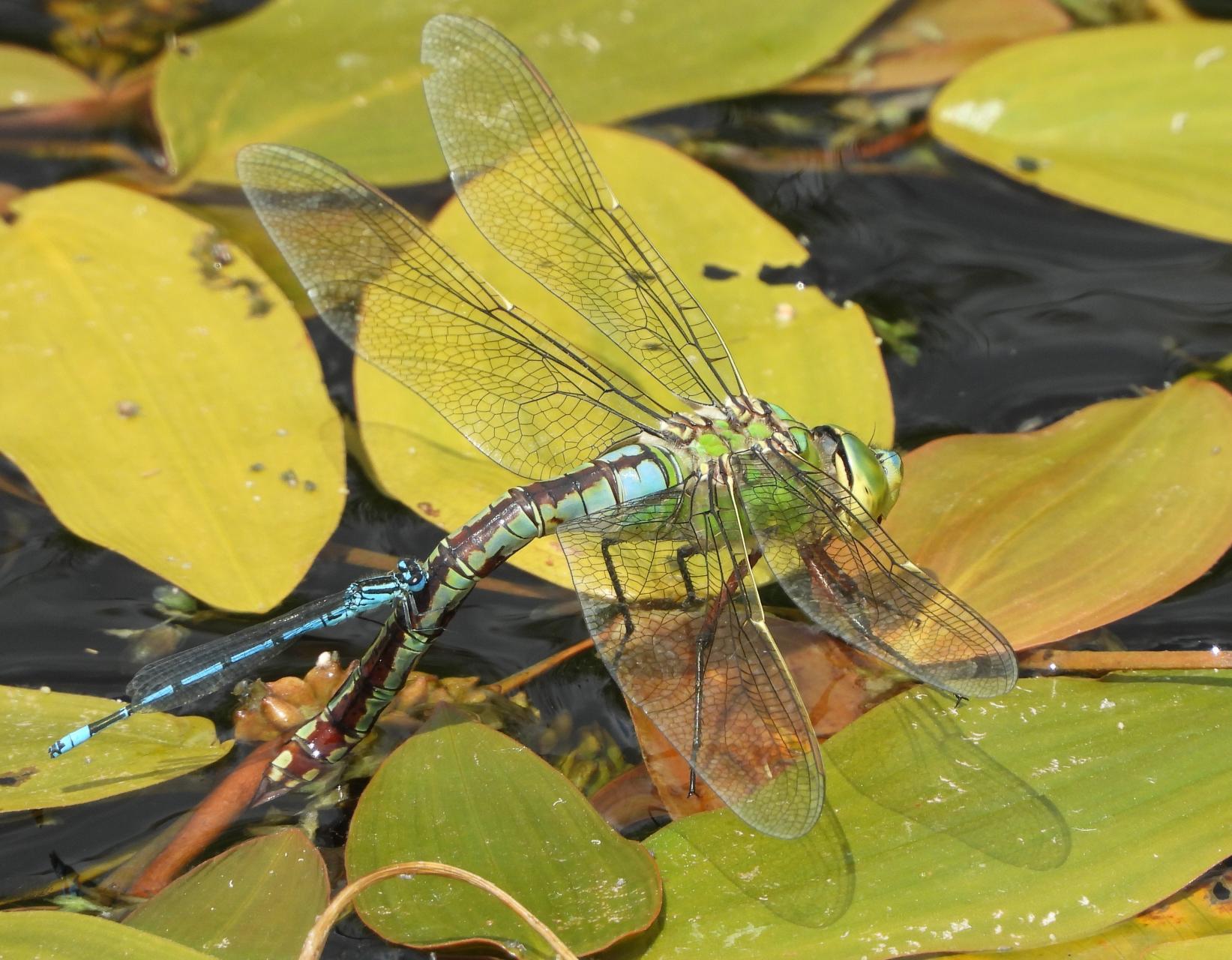 The main picture I have included involved a female Emperor Dragonfly egg laying and being harassed by a tiny Azure Damselfly. What is going on here is simply that this is classic ‘mobbing’ behaviour, the Emperor and its larvae are top predators so are a big threat to damselflies and their larvae.

Damselflies will try to drive away the mammoth Emperor so that she can’t lay her eggs in the same area as theirs. Dragonflies are fast, agile fliers, capable of migrating across oceans. During mating, the male grasps the female at the back of the head and the female curls her abdomen under her body to pick up sperm from the male’s secondary genitalia at the front of his abdomen. This forms the characteristic heart or wheel posture often seen. Fossils from 325 million years ago in Upper Carboniferous rocks show some species had a wingspan of up to 30 inches.

So, what is a damselfly?
Damselflies are insects of the suborder Zygoptera also in the order Odonata. They are similar to dragonflies, which constitute the other odonatan suborder, Anisoptera, but are smaller and have slimmer bodies. An ancient group have existed since at least the Lower Permian, and are found on every continent except Antarctica.

Damselflies are also predatory with both nymphs and adults eating other insects. They can live in acid bogs, lakes, ponds and rivers with the nymphs climbing out of the water onto a stem where they perform the almost alien looking metamorphosis - the skin splits down the back and they emerge and inflate their wings and abdomen.

A bit like the lichens, their presence indicates an unpolluted area. Many species are sexually dimorphic - the males being more brightly coloured than the females. Fishing flies that mimic damselfly nymphs are used in wet-fly fishing. Ideas for personal jewellery comes from the shape of the damselfly and dragonfly.

It is all very well being a strong flying and agile dragonfly, with the ability to fly fast and straight, hover and even fly backwards, but they have to be wary too, because above them watching intently are some formidable avian predators that relish a juicy dragonfly. Two to be found on Mallorca are the summer breeding Eleanora’s Falcon and Hobby.

The latter is not seen as much but can be found at places such as Cuber Reservoir and the salt pans of Salinas de Llevante along with the larger marsh areas such as the Albufera and Albufereta. Son Real can be another good place to see them. 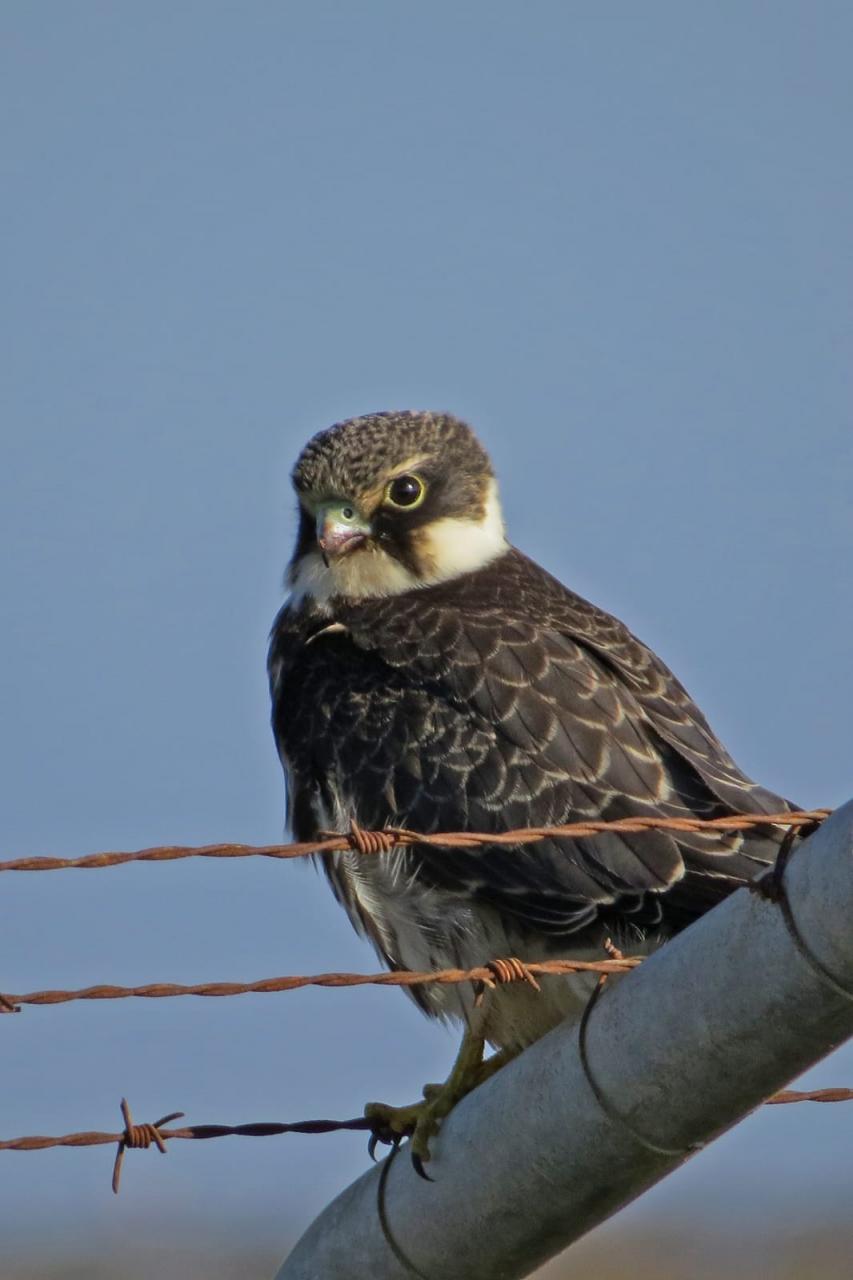 The Hobby is a fast and powerful bird, capable of aerial acrobatics of twists and turns that will see them not only capable of catching aerial insects but Swallows, Swifts and Martins in flight, so that gives you some idea of how skilful they are at flying and catching prey.

The prey is seized by sharp, strong talons in a downwards stoop and eaten in flight (birds are taken to a perch and plucked). They will hunt into the late evening when Bats may also be taken. Prey is usually captured quite high up and not low over the ground, with a high perch often chosen as an observation point before making the feeding flight.

In comparison, although found in the same habitats as the Hobby, the Eleanora’s will also patrol cliff faces in search of food, and sometimes they will gather in groups over the marshes when hunting dragonflies. One of my first experiences of this species was during my first visit to the Albufereta Marsh where 15 were hunting together, that was a magical moment.

They appear slender and dainty and are larger than the Hobby (the wingspan of the Hobby is 75-90cm and 90-105cm in the Eleanora’s). It has been estimated that 1 in every 600 birds migrating across the Mediterranean are attacked by Eleanora’s.

So, the next time you take a break and sit by the water, admire the amazing flying skills of the dragonflies and damselflies that come from a very long line in time, and see the amazing colours and antics, and over the more open areas, take some time to watch the incredibly skilful falcons taking them in mid-air, eating them on the wing there and then and then searching out some more. Nature is both beautiful but sometimes cruel to watch, but nonetheless, good for your wellbeing and life lists.