In 1242, a church was documented. The church didn’t have a name as such. It was simply known by where it was located. A place called Guinyent, which was an “alquería”. The typical description of an alquería is that of a farmhouse, but in the case of Guinyent, it would have been somewhat more extensive.

Guinyent was some way west of another alquería. Its name was Alcudia. An old and rudimentary map placed Guinyent by what is the road to Pollensa, and so it was - the Oli Solivellas olive farm and bottling plant is nowadays off that road on the finca Es Guinyent. The one-time Muslim alquería of Guinyent, it would seem, attracted additional settlers, who would have lived by the primitive church.

The location of this church would have had some strategic purpose - it wouldn’t have been possible to see it from the sea. Despite Jaume I’s conquest of Mallorca in 1229, the north of the island was still vulnerable to Muslim raids from Minorca, a vassal territory where the Muslims had accepted Mallorca’s sovereignty in 1231 but which wasn’t to be conquered as such until 1287. 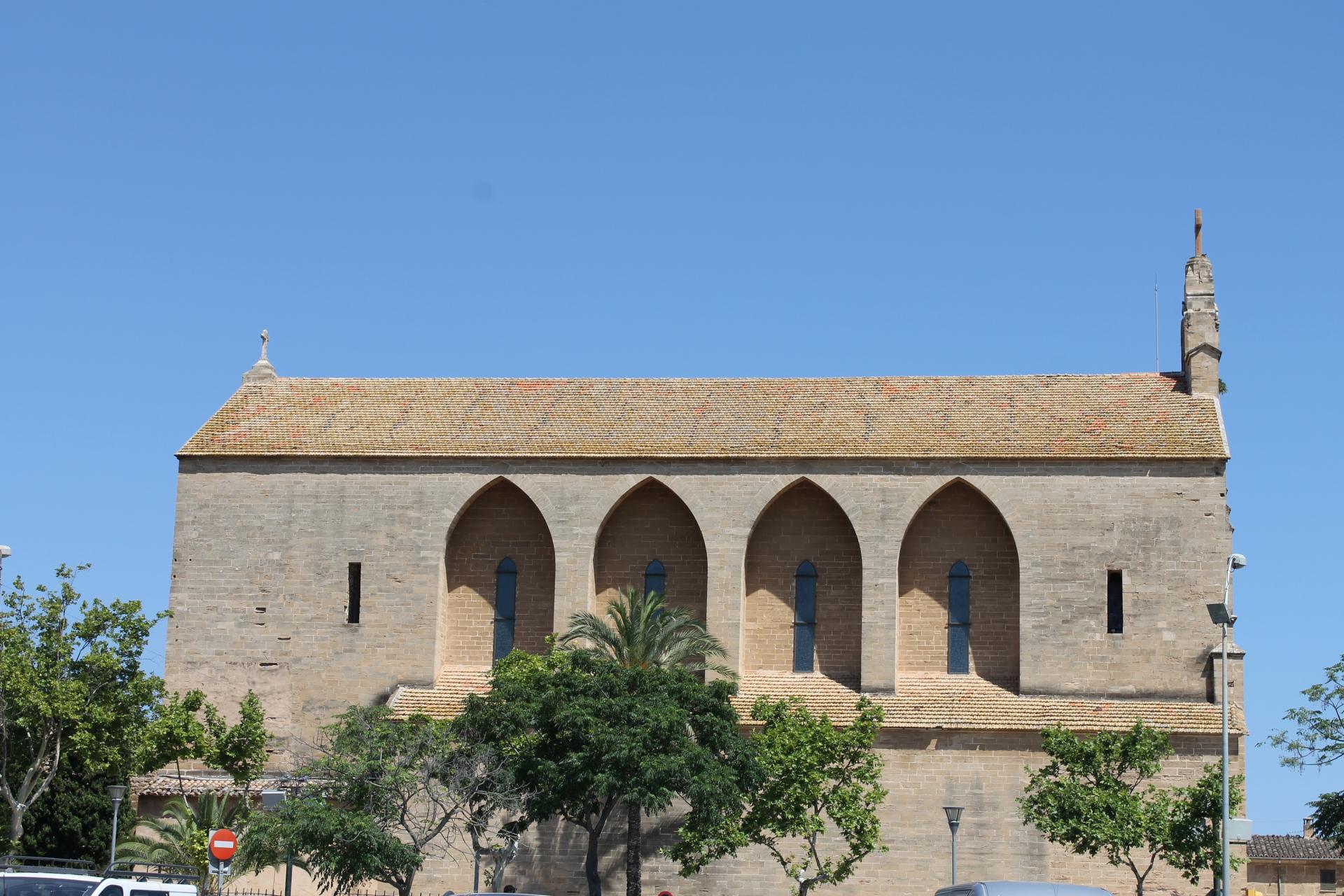 In 1248, a papal bull of Innocent IV placed churches in Mallorca under his protection. This was to have the effect of creating a parish. The church in Guinyent was dedicated to the devotion of Sant Jaume - Saint James the Apostle; Santiago, the patron saint of Spain. Thus Guinyent became known as Sant Jaume de Guinyent.

The location for the church, out of fear of being seen, became less relevant as population grew and attention was turned to fortification. The old alquería of Alcudia was on high ground, or moderately high ground anyway. The highest point in Alcudia is where there was a street called Amorós; it’s still there and is close to the Plaça Constitució. It was here, so it is believed, that Alcudia as a village began to form, and there was a square at the meeting of streets known in 1280 as Plaça de la Carnisseria - the butchery.

It was in Alcudia, as opposed to Guinyent, that members of the Universitat de Sant Jaume de Guinyent (like a town hall) swore their faithful allegiance to King Jaume II in 1285. The fact that this was done in Alcudia may well have signalled what was to be the eventual demise of Guinyent. This was certainly hastened by the growth of Alcudia, especially after Minorca was conquered. This settlement on elevated ground was in the middle of two bays, and it was a place that was naturally conducive to maritime trade.

By the turn of the fourteenth century, Alcudia, unlike other settlements that were in effect created under the ordinances of Jaume II (Sa Pobla, for instance), had become consolidated and recognisable as a village. The Carrer Major (the main or high street) was there from at least 1300. The king was intent on developing Alcudia. And so began the building of the walls, which were some two metres thick, the towers and the church, which, on account of its location, doubled as a watchtower.

What happened to Guinyent? There is no documentation that relates its fate in the years during which the walls and the church were being built. But by 1340, work on the church having started in 1302, the first services were being held. What is known is that by 1372 Guinyent had disappeared. Everything was demolished. The parish of Sant Jaume de Guinyent had become Sant Jaume d’Alcudia.

It was as though it had never existed, and the current-day location of the finca owes pretty much everything to oral tradition - the people passed knowledge of Guinyent by word of mouth over the generations.

There was a good reason for its disappearance. The consolidation of Alcudia and in particular the building of the walls meant that the people had protection. They also had a larger church, one that was not hidden from view from the sea. And the church and the devotion of Sant Jaume were to also mean that they could celebrate this devotion in a special way. 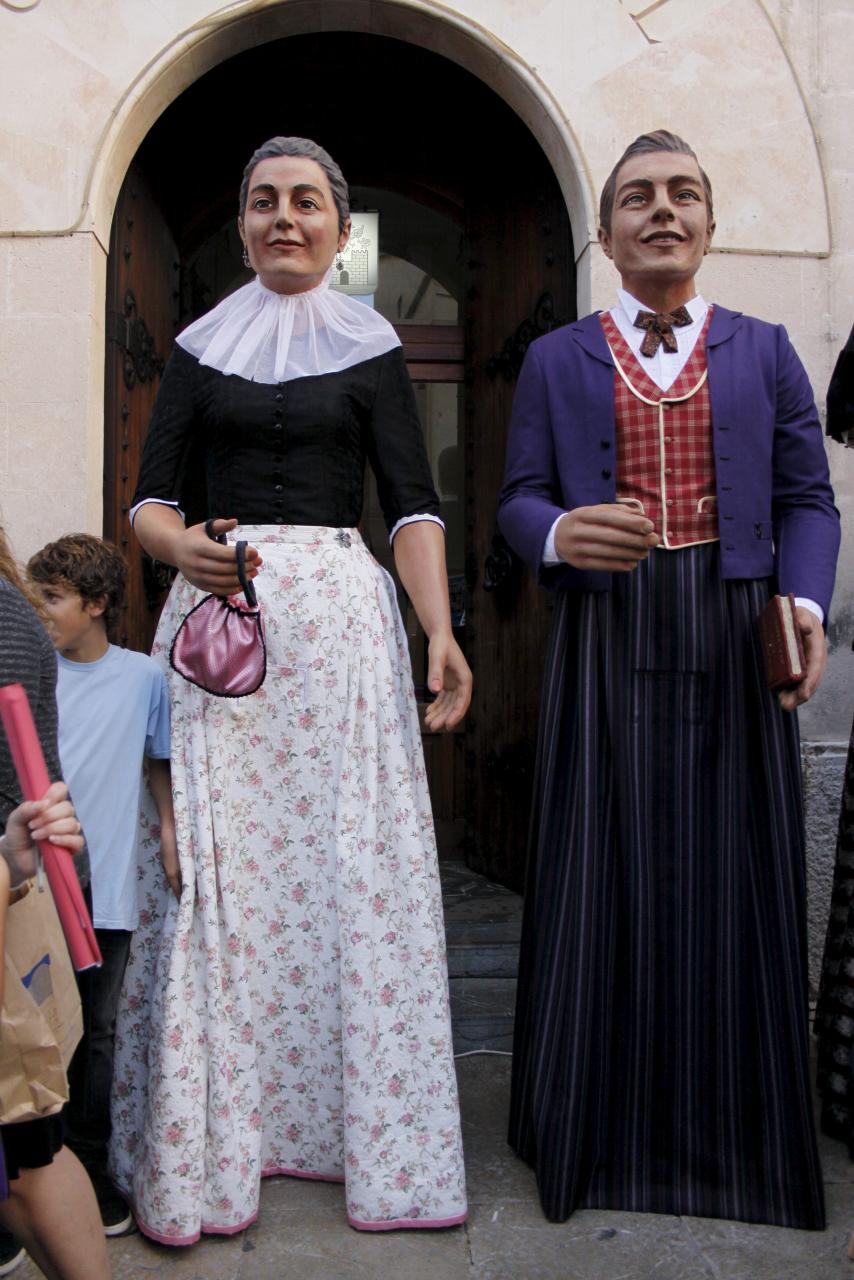 Alcudia’s fiestas for Sant Jaume begin this Thursday. The giants will be in procession from the Porta des Moll, the pier gate to which Jaume II once ordered the building of a road from the port. They didn’t have giants then, but in 1356 they did have fiestas; it was the first year that they were celebrated.