In 2007, a chance discovery was made. It was Roman pottery. As this was in Alcudia, there was no surprise; they’d been unearthing Roman artefacts at the Pollentia site for years. However, the discovery in 2007 wasn’t in the Pollentia excavation zone. It was in the port area close to the sea, and there was great excitement as a result, which was probably not shared by the backers of a housing development. The pottery was on their land. Work ceased; it has never restarted.

The items found during clearance of the plot suggested that the location of the great gate of the Roman port had been found. Subsequent radar surveys identified a port wall and jetties. Puerto Alcudia, that part of it which roughly conforms to the marina and the Paseo Marítimo going inland, sits on top of what was once the Roman port, even if precisely locating the great gate has thus far remained elusive.

The surveys also confirmed the siting of the smaller port on the bay of Pollensa. Five years after the pottery was discovered, and given the knowledge gained from the surveys, some concern was expressed by officialdom, including Alcudia town hall. There would have been a good deal of shipping traffic in the two bays. That meant the likelihood of wrecks and what ships might have been carrying. Legitimate surveys were one thing; there were anxieties that this new found information would lead to an illegitimate treasure hunt.

The Pollentia excavation zone is to be expanded, the consortium of town hall, Balearic government and Council of Mallorca having acquired the Sa Tanca de Can Domenech finca, which lies on the other side of the cemetery road that passes by Pollentia. One ambition for this finca is the building of the Mallorca Centre for Subaquatic Research. There is much to be discovered in the sea around the island and especially in the bay of Alcudia - Pollentia was every bit as important to the Romans as Palma, arguably more so. 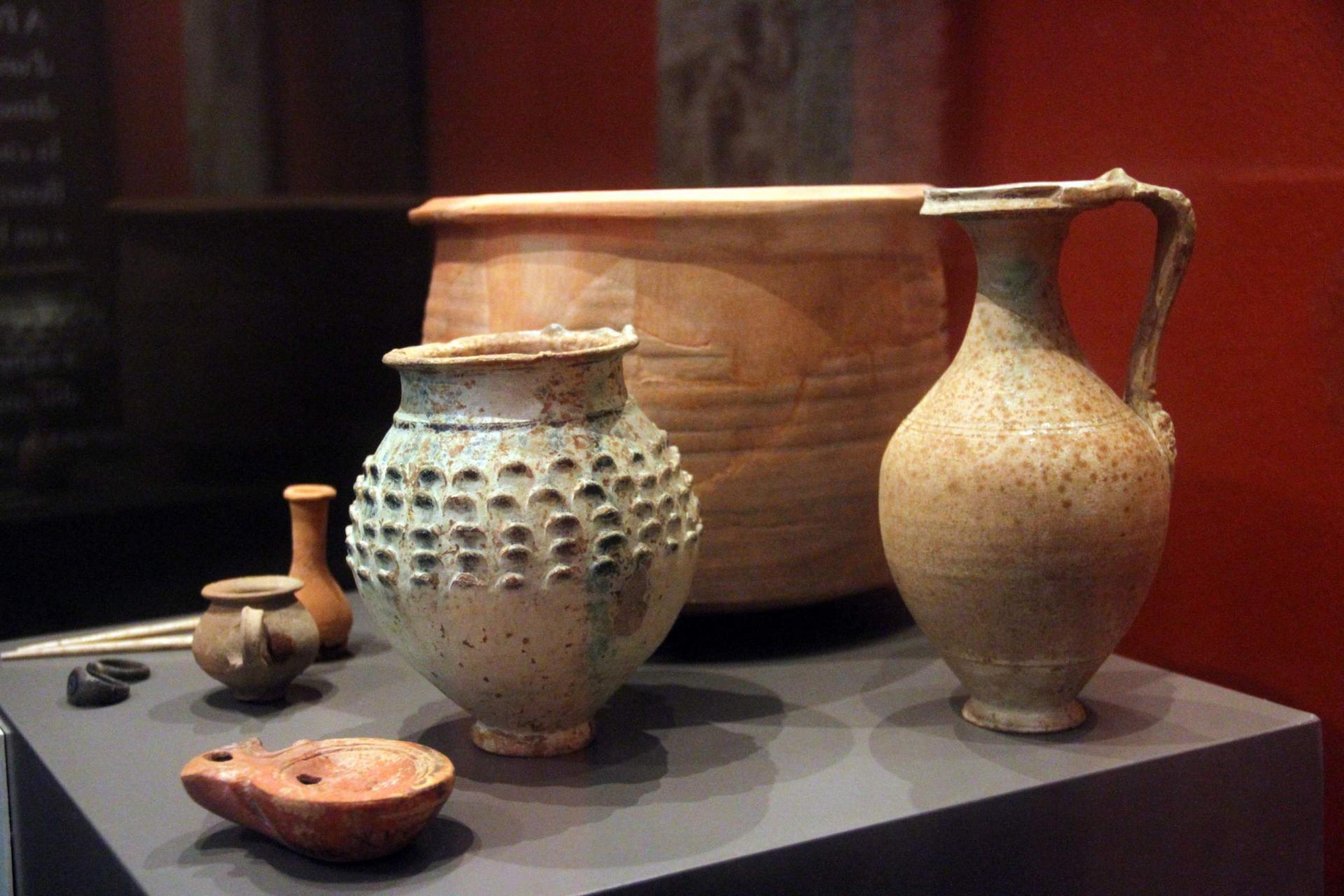 But it isn’t only Roman wrecks that are of interest. There are remains relating to the times before the Romans and since, and some are comparatively contemporary. In one particular instance, the location is known. The Spanish Navy charted this, and that’s because the navy was responsible for the wreck - the B1 submarine at a depth of some fifty metres in the bay.

Eighty years ago, the navy established what was referred to as the ‘Polígono de Utilización de Armas Submarinas (Bahía de Alcudia)’. This zone of submarine weaponry had its centre in the port of Alcudia. It extended along the bay as far as Colonia Sant Pere, and along the coast were fourteen pairs of towers, which have been described as being like Egyptian obelisks.

It has also been said of them, erroneously, that they were the product of the Civil War and that they were watchtowers. They were not. The construction started in 1941 with stone that came from Alcanada. There was a master builder by the name of Bernat Calçó. He was certainly in charge of the towers on the Santa Margalida coast (and quite probably all of them); Can Picafort’s tourism branding nowadays features a “torre de enfilación” (as these towers were known).

Stone workers from the municipality were engaged in the building.
They were originally all painted white and had some red markings. The sets of towers were 1,240 metres apart, and there was a distance of 200 metres between each of the tower twins. They were unique not just to Mallorca but to the whole of Spain. Their preservation is now on the basis of their cultural interest rather than on architectural merit. 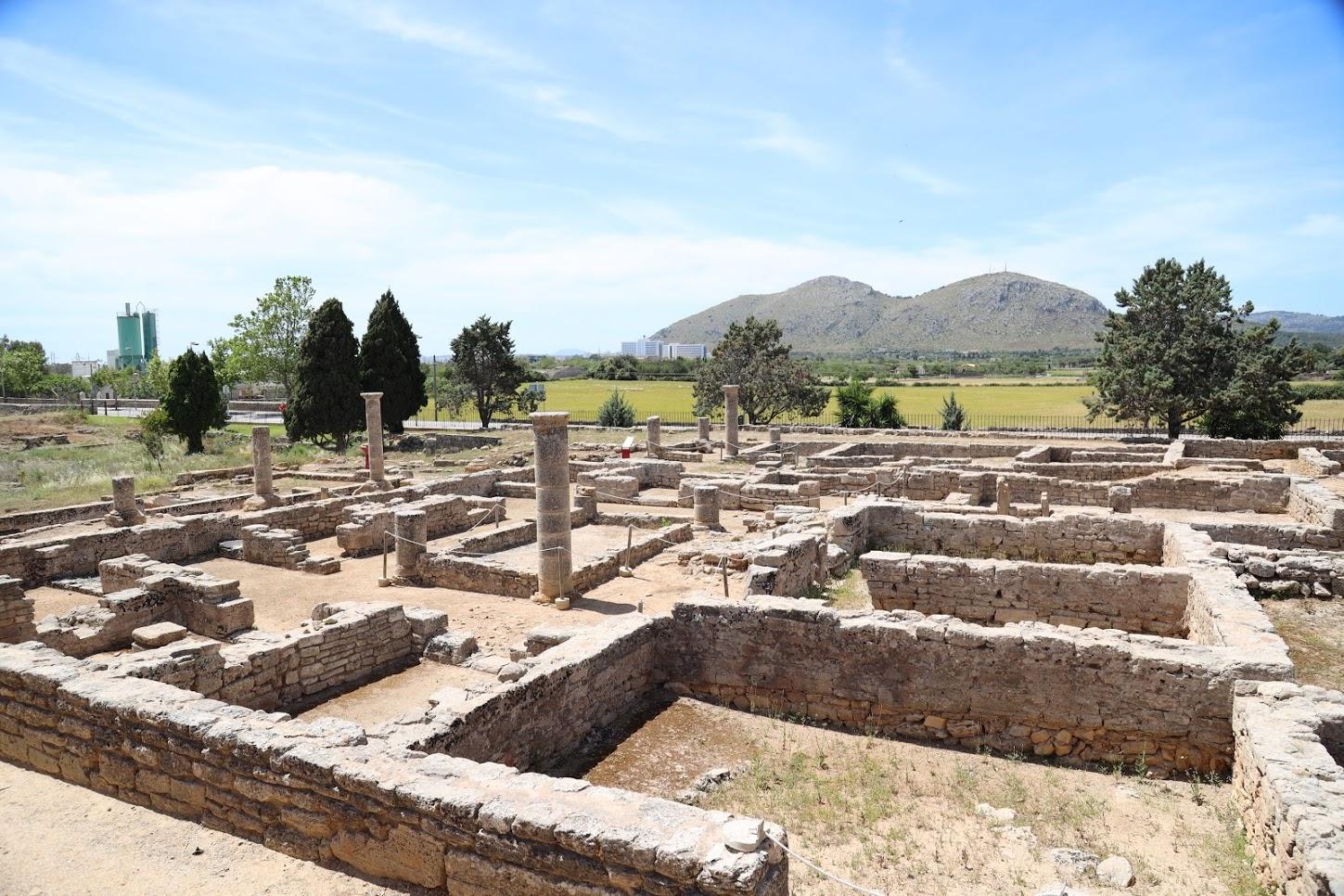 The base in Alcudia had a submarine training school. The towers formed part of the training. With one of them 200 metres behind the other, the sets created leading lines (”enfilación”), a familiar enough technique for navigational bearing. They were “points of reference” but they were also for “naval submarine shooting” - target practice without live ammunition.

The submarine zone existed until 1970. But how long the towers were used for submarine purposes is something of a mystery. Some of the towers are still isolated, but by 1970 there was coastal development where there had previously been hardly any; meanwhile, submarine weaponry had moved on.

The only readily available information about them concerns their building and purpose as well as the more recent restoration efforts. Some must have been demolished. One, in Son Real, collapsed in the great storm of November 2001. Otherwise, surprisingly little is known about the towers or about the submarine zone. Except for one thing, which brings us back to wrecks.

The navy’s B1 submarine was damaged in a collision with a British merchant ship in Alicante in 1937. It was never used again; not as a viable submarine anyway. Instead, it became a different target for naval exercises. Eventually, in 1949, it was sunk by navy destroyers at fifty metres depth out in the bay.