One hundred years ago, ‘La Ultima Hora’ announced that the restaurant at the Hotel Ciudad Jardín (or Ciutat Jardí, if you prefer) would open on August 6. “The hotel restaurant construction work is coming to an end, and on Saturday the building will definitively be inaugurated. The installation (restaurant) will not be completely finished on that day, but the tenant, Sr. Lacarte, attending to the requests of the public, has decided that he will begin to serve on Saturday, even if this is of a provisional nature. It has been long-awaited and the service will be at the level of the best spas on the continent.”

The hotel and the restaurant were the most visible signs of what has been described as Mallorca’s first tourist resort. If it was, it didn’t have an auspicious start. As Palma town hall notes, Ciudad Jardín was initially a failure. This was “mainly due to the frequent floods due to the overflowing of the Torrent Gros”. There was more to the failure. The development which had been planned failed to reach the requirements of either a tourist resort or a garden city.

The original idea for Ciudad Jardín was floated in 1891. This was before the walls started to be demolished in Palma (this wasn’t until 1902) and it was also before Ebenezer Howard initiated the garden city urban planning movement in the UK; his first garden city was Letchworth, which was conceived in 1899. The 1891 scheme envisaged gardens, inns, places for games, swimming for children and women, but it wasn’t then a garden city, as the concept had yet to be promoted

It was in fact along the lines of the “balnearios” that sprang up in coastal parts of Spain in the late nineteenth century. Originally for a “taking of the waters”, the first balnearios were elaborate and bizarre contraptions, such as what looked like a Moorish palace in San Sebastian.

This moved by rails into the sea. Discreet bathers could therefore step out of this palace, take the waters, and then step back in. Gradually, the balnearios expanded. The bathing machines were scrapped. They were places with, for instance, a solarium for sunbathing, children’s playgrounds, areas for entertainment and more. 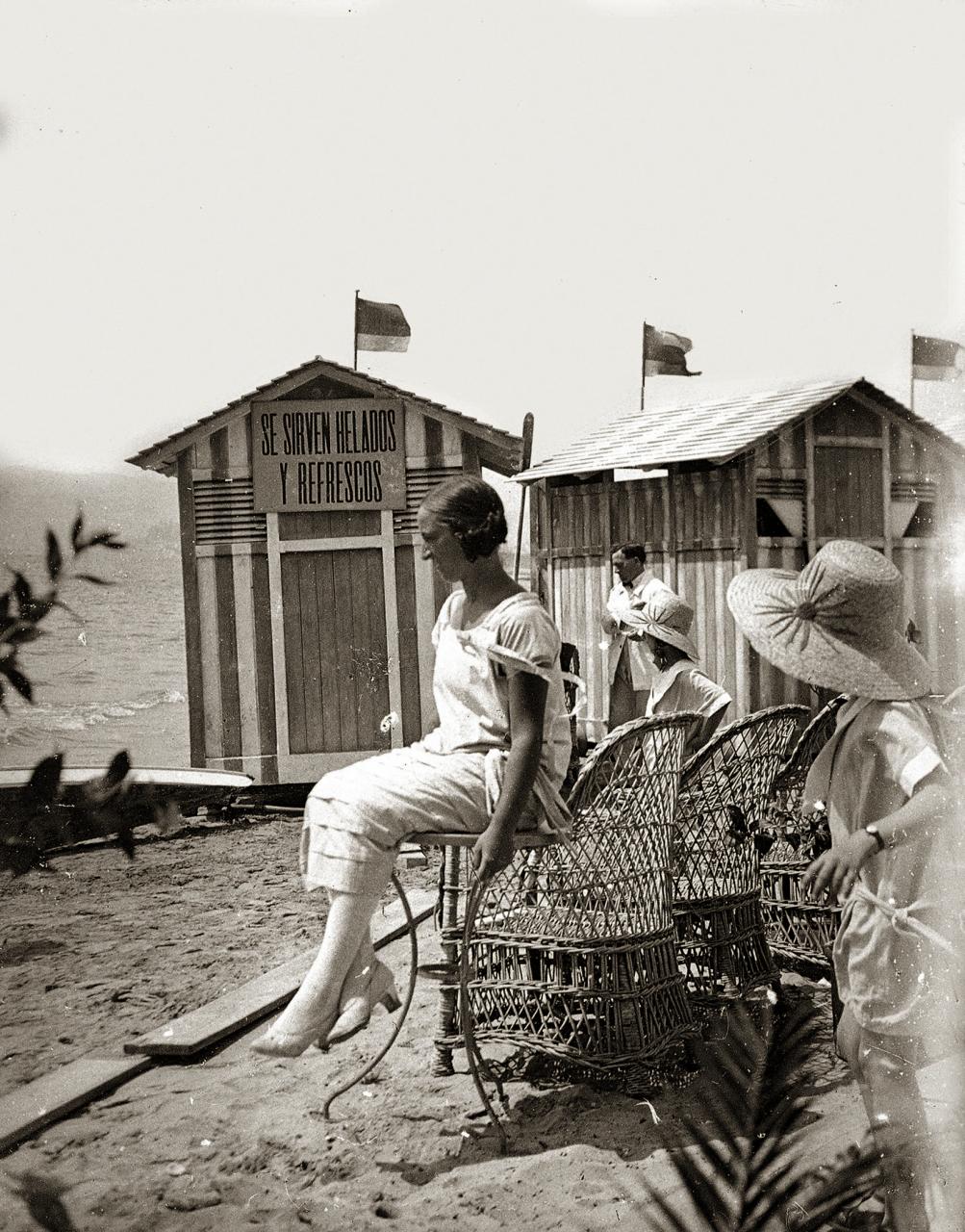 So when “La Ultima Hora” referred in 1921 to “the best spas on the continent”, it was talking about balnearios, but this wasn’t what Ciudad Jardín was supposed to have been. Picking up on the 1891 idea, architect Gaspar Bennassar Moner took the principles of Ebenezer Howard and planned a garden city - Ciudad Jardín. This was what he planned, but his plans were never truly realised.

A year before the restaurant opened (the hotel didn’t fully open until 1922), “La Ultima Hora” offered its readers an explanation of what had so far been created. There was cabaret, there was roulette, there was a tango orchestra. There will soon be “an amusement park with casino and dancing”. The summer of 1920, readers were assured, would be the last when they would be limited to spending their evenings strolling on the Born.

The paper was a principal source of information about the Ciudad Jardín project, and this wasn’t simply because it was a paper. The owner of “La Ultima Hora”, Josep Tous i Ferrer, was also head of a company that had been formed in 1918 - Progreso Urbano S.A. This was the company that would develop Ciudad Jardín.

An article from 1988 that focused on the development concluded that, by 1930, Ciudad Jardín did not correspond to the garden city model advanced by the likes of Ebenezer Howard. What was this development exactly? Was it a balneario? Was it a “summer station”? Was it a garden city? The answer was that it was a bit of all of these, but the name Ciudad Jardín was inappropriate. It owed more to terminology than to actuality.

It was never really a tourist resort, but it did at least have the makings of one, while the garden city concept, even if it was never anything like as extensive as the garden cities such as Letchworth and Welwyn, was pursued elsewhere in developing what were to be templates for the time when tourist resorts genuinely did arrive, such as Santa Ponsa and Son Bauló.

Ciudad Jardín never lived up to its name, but the name has survived, and we now celebrate the one-hundredth anniversary of the hotel restaurant and of Sr. Lacarte attending to the requests of the public.