Mallorca is already seeing bird migration underway, which can start as early as July in some years. Some returning waders have already been sighted along the coast including Dunlin, Curlew Sandpiper, Wood Sandpiper and Little Stint.

The islands second record of a Broad-billed Sandpiper at the Albufera drew in the birding crowds, and it is good to see the Albufera still lives up to its name of being one of the best birdwatching destinations in the Balearics. I will look at autumn migration in another article, but this week I wanted to look at two species that can cause some identification issues especially for those new to birdwatching - the Whimbrel and Curlew.

The Whimbrel - (Numenius phaeopus) is a wader of the large family known as ‘Scolopacidae’. They are the most widespread of the curlews, breeding across much of sub-arctic Asia and Europe as far as Scotland. The species name phaeopus is the Medieval Latin name for the bird, from the Ancient Greek phaios (dusky) and pous (foot). The Curlew -(Numenius arquata) sees its name as an imitation of their call and may hae been influenced by the Old French ‘corliu’ (messenger, to run).

Despite the size difference, when seen feeding from a distance, both species can look quite similar, and depending on the light, a similar size too. Even the bill on both species can look the same size from a distance. On Mallorca, the Whimbrel is a summer migrant usually in low numbers, with migrating birds seen again in the autumn. However, a recent count of 15 on the coast was a good number. The Curlew is a winter visitor here in good numbers, with the first birds arriving from July onwards, more so in the autumn. 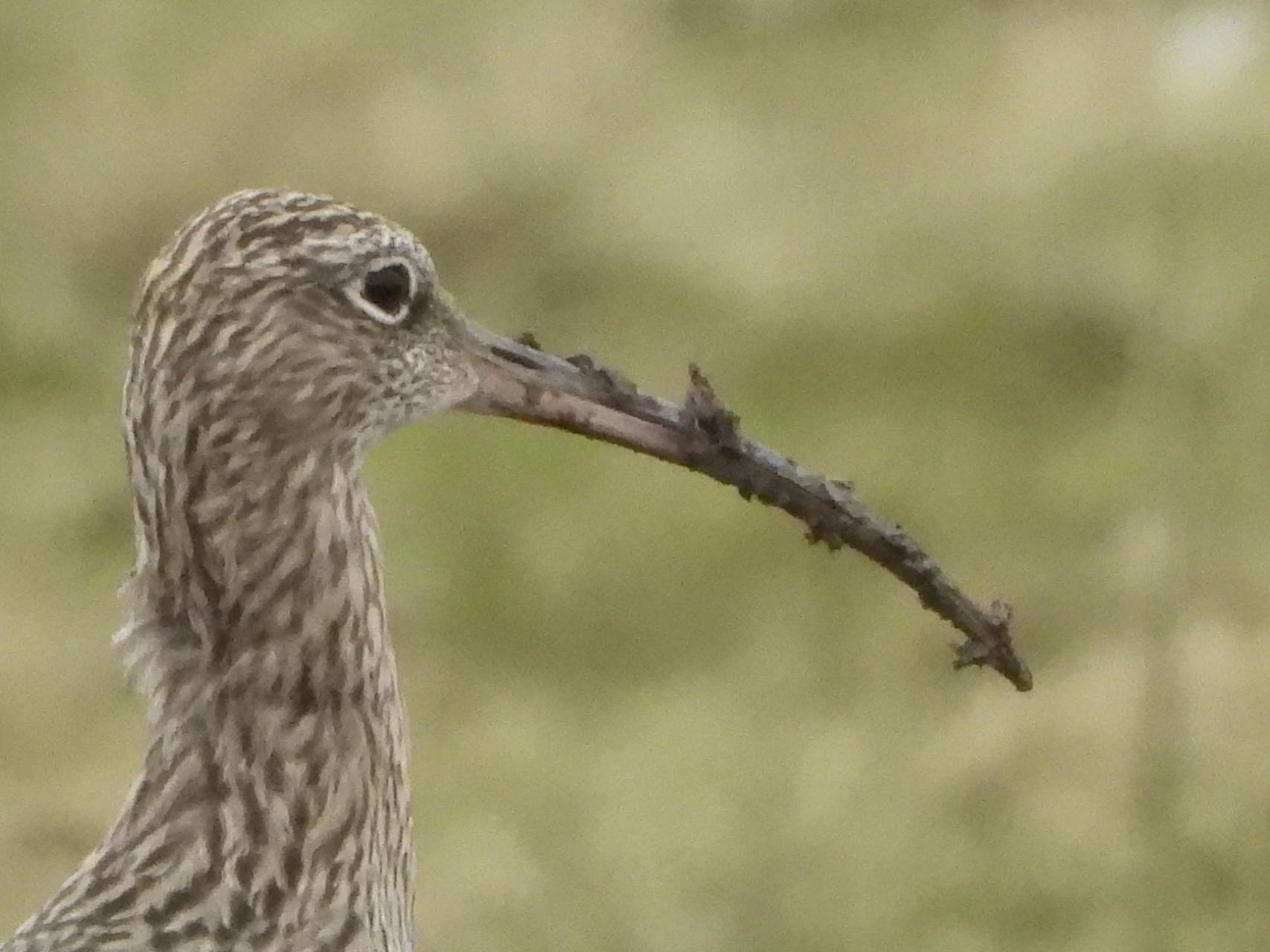 The Albufera is undoubtably the best site for both species with the salt pans at Sallinas de Llevante in the south and the Albufereta Marsh back up north also being reliable sites. The coastal areas however tend to be better for seeing Whimbrel as they tend to prefer this habitat as opposed to marsh areas. There is a single record from the Albufera in 1988 of a Slender-billed Curlew too, but giving the status of this species this will probably be the last ever sighting for Mallorca and Europe as a whole?

Going back to the Whimbrel - they have more distinctive markings than the Curlew and look smaller in flight with more rapid wingbeats. If startled, the flock will take flight giving off the characteristic seven-note trill call. They tend to be more restless than Curlew’s, using Mallorca only as a stop-off to feed and rest during migration. Invertebrates and marine worms form the bulk of their diet. They feed by probing in the soft mud and picking off small Crabs and similar prey off the surface. 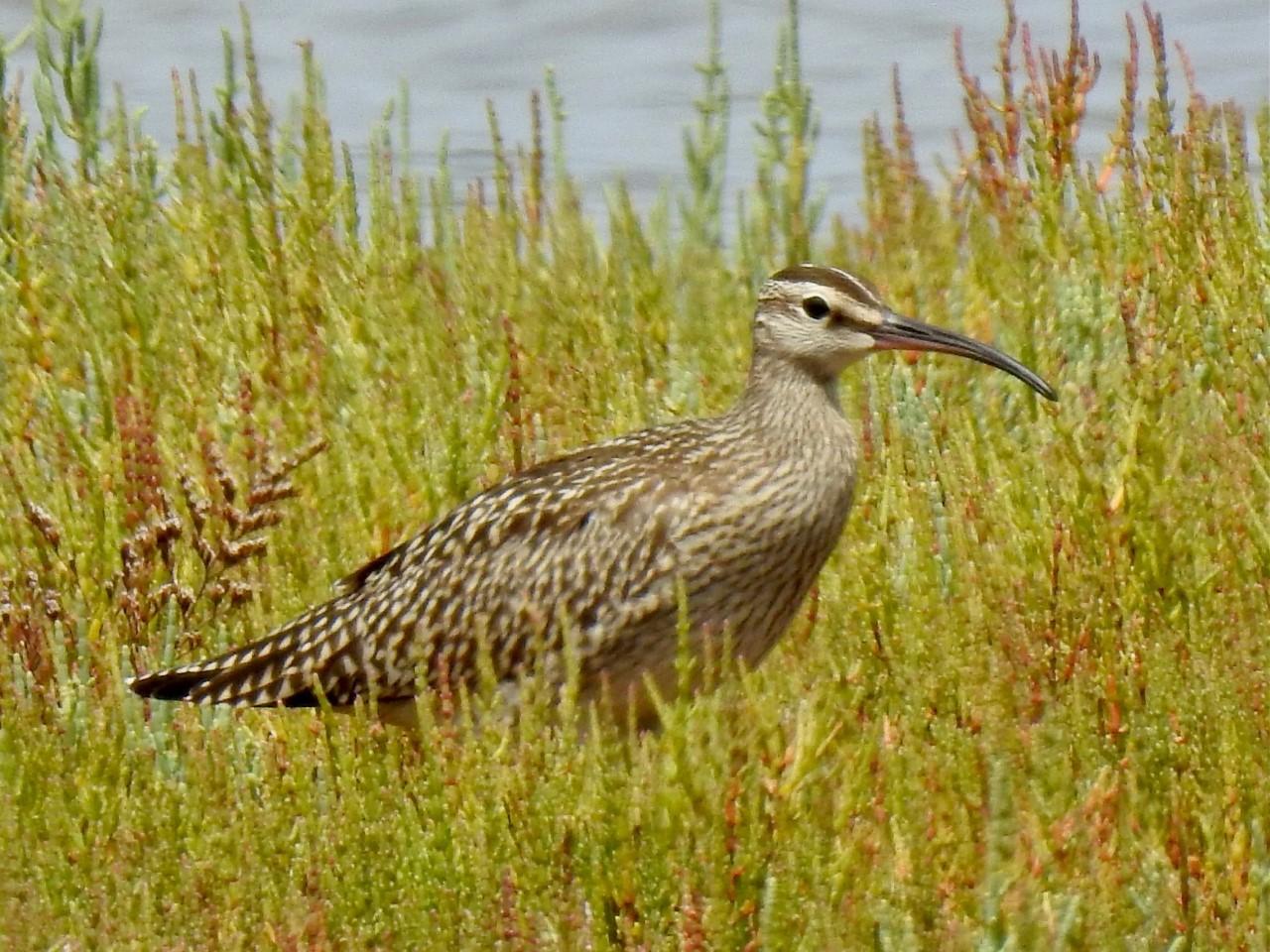 Before migration, berries become an important part of their diet supplemented by a variety of insects. The Whimbrel is one of the species to which the Agreement on the Conservation of African-Eurasian Migratory Waterbirds (AEWA) applies. The best identification features for the Whimbrel are the shorter and thicker bill and the crown which has two dark stripes with a pale supercilium below. Sexes are similar with juvenile birds resembling the adult (apart from pale-buff spots on the crown and wing coverts).

The noticeably larger Curlew has a long downcurved bill. The female is larger than the male with a longer bill and both have similar plumages. In the summer, their plumage is fresh and has a warmer yellowish tinge than in the winter. The lower mandible is a pinky colour in the winter also. The juvenile’s plumage is very similar to the adult, and a juvenile male has a shorter bill (not as short as the Whimbrel’s).

The Curlew’s voice is a mournful ‘cour-leee’ Insects, soil organisms, Worms, Molluscs and seashore crustaceans all form the diet. So, the next time you see what you think is a Curlew, look again and check it is not a Whimbrel, remember that shorter bill and crown stripe.