Well, the hot, muggy air has given way to some rain as well now on Mallorca - my recent column ‘the rain falls on Mallorca’ touches on some of the storms to be encountered here. Things are moving now wildlife wise. The summer breeders will soon be leaving the island to return to their wintering grounds (Eleanora’s Falcons to Madagascar), Swallows, House Martins and Swifts to Africa.

It is always a sombre time when I see flocks of Bee Eaters overhead heading back, and there are some great moments too when there can be hundreds if not thousands of House Martins and Swallows lined up on electricity wires and along fence lines, fuelling up with food to help them on the next stage of their return journey. But no longer have the summer breeders gone, then the bird watcher is on the lookout for autumn migrants - and with the waders this will be happening now. An upcoming article will look at the autumn migration more in-depth - this week though, I want to share with you a few special late-summer species on Majorca - the Iberian Marbled White, Barbury Nut, Autumn Buttercup and Painted Lady.

The Iberian Marbled White (Melanargia lachesis) has one generation from June through to August with some seen into September as well. They mostly live in the mountainous regions where there are forests and thick pockets of vegetation.

Stony areas, grassland and pastures also form their habitat. Their caterpillars feed on grass plants such as Cocksfoot. They are a strong flier with forewings 25-28mm in size. When the wings are open, the black discocellular anguliform spot on the forewing is constricted where it is bent with the hindwing entirely white (apart from the submarginal band), and the markings of the underside are particularly noticeable in the males. Closed wings see a white background with veins with black, grey or grey-yellowish shapes.

A small black spot can be found on the forewing close to the apex. A series of black eyespots are surrounded by white rings. They do not usually stretch the open wings. I have seen this species a number of times around Arta but it is not one of the species I tend to see often, so when seen, it is an enjoyable moment. 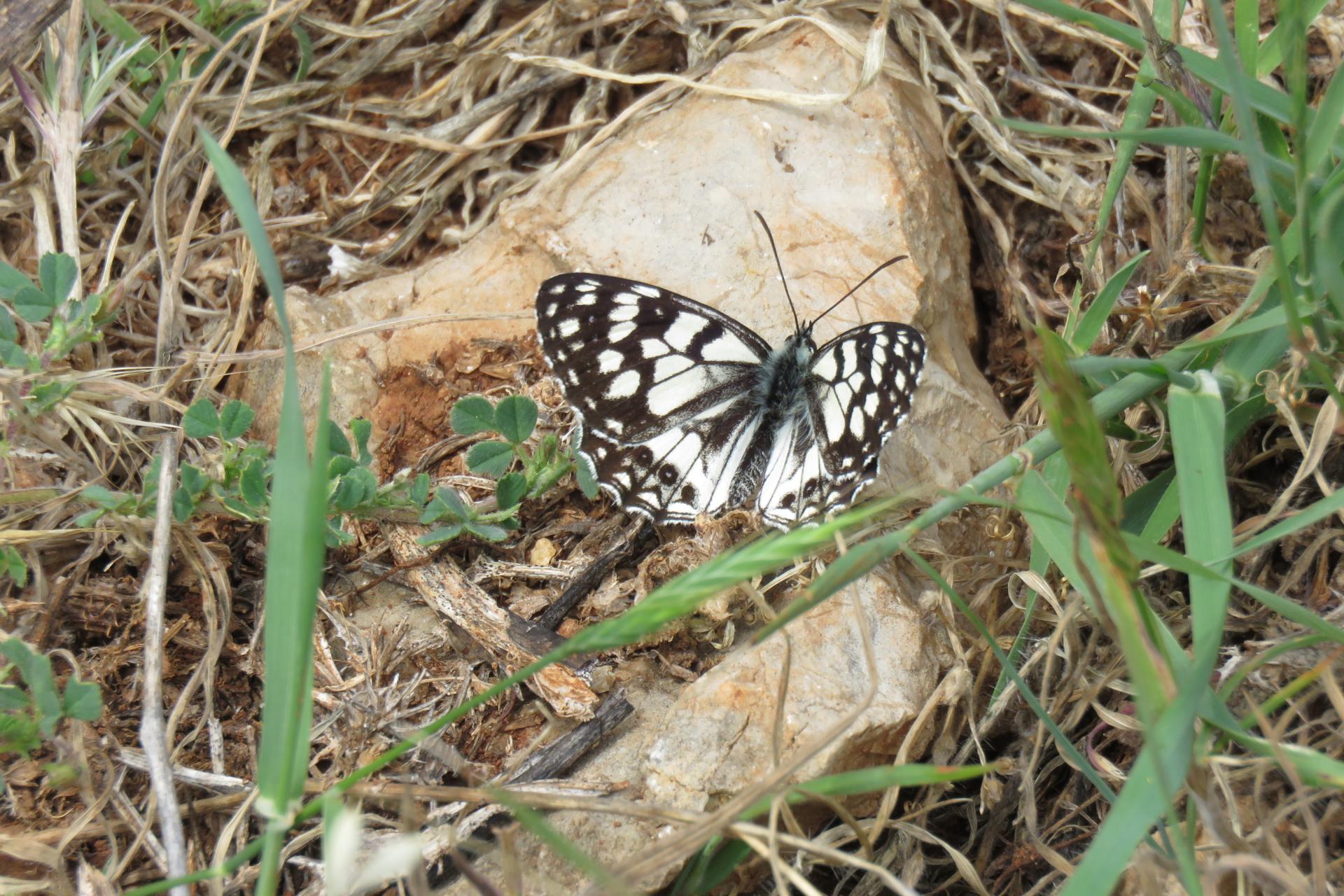 With warm weather continuing into September, and providing it is not raining, then the butterflies will be out on the wing giving the observer something relaxing to look at, and at this time of year, the fields can turn a beautiful yellow, carpeted by the aptly named Autumn Buttercup (Ranunculus bullatus). These flowers will certainly attract butterflies and species of Hoverflies amongst others, but a field full of buttercups evokes childhood memories and makes for a beautiful scene.

The picture I have included in this article was taken on the narrow road leading off towards Ternelles on the old Pollensa road, but there are plenty of fields all over the island that hold similar scenes. It is a small perennial which dies down in the spring with the leaves appearing in early autumn, bright green and glossy with toothed margins.

The flower stalks, which are hairy, stand around 20cm tall with the solitary flowers 3.5cm across, and so shiny that they appear to be lacquered. Abundant in open fields, they can get grazed by cattle, but they are actually poisonous to them. They can also thrive in Olive groves as well as fields, from the coasts to the mountains.

Most parts of this plant are poisonous, yet it is a very old medicinal herb once used by country people in mainland Spain. Autumn Buttercups are a welcome sight at the end of the summer, and they can grow in such vast colonies that the yellow flowers in the field can look like concentrated sunshine.

Now, although I will be looking specifically for the birds at the Albufereta Marsh, at this time of year I would also be looking at the ground, for here several years ago is where I found a new species for my plant list, one which at first, I thought was an Iris grazed shorter by the local Rabbits. 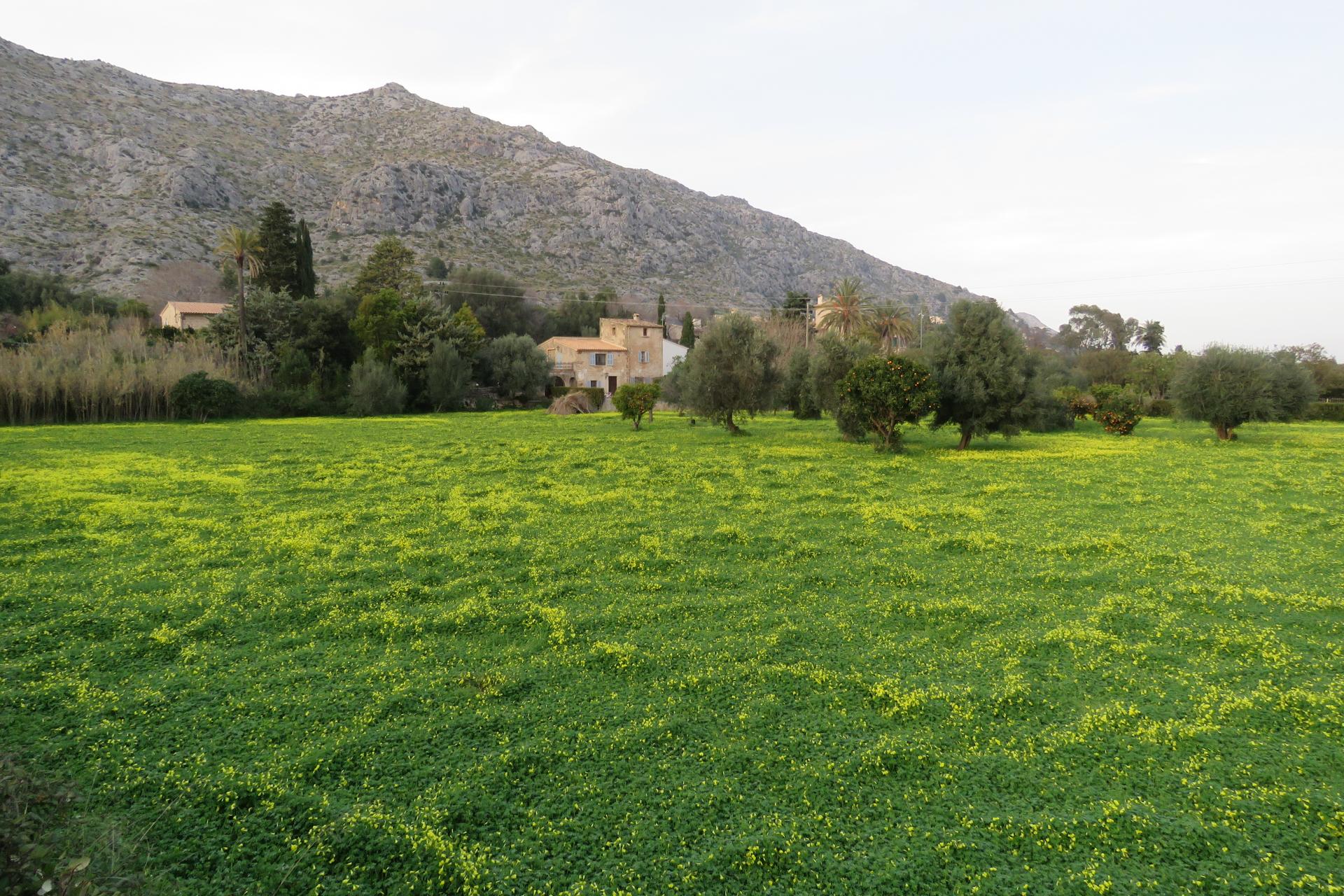 But something didn’t look quite right when I found several smaller groups - surely they couldn’t all have been nibbled? I looked through my books later and was pleased to see they were in fact the Barbury Nut.

In fact, in September at this site, I look for birds closely followed by this plant and the last of the Clouded Yellow butterflies, and always while serenaded close by from the local Corn Bunting, giving of the familiar ‘jangling keys’ call and usually from the top of one of the Tamarisks.

A member of the Iris family, the Barbury Nut (Gynandiris sisyhinchium) has one to several stems which vary in their colour. They stand between 15 -35cm with the leaves just over a centimeter wide, flat, long, arching and a pale green. The small eye-catching flowers range from pale lilac to lilac-blue or even violet, with or without a yellow patch on the falls, and really stand out once seen with several to each stem. They like dry, sandy ground, grassy fields and even roadsides with the flowers not opening until around 2 -2.30pm, so they can be easily missed in the morning.

They differ from the Iris by the rootstock being a corm which resembles a bulb. This is swollen at the base. Sometimes, the plants grow in their hundreds and can transform an afternoon grassy landscape. Flowering usually from November to December, in some years I have started to see them towards the end of September and especially in early October, possibly because the spot at the Albufereta is more of a micro-climate? The flowers only last one day but are replaced daily over a long period.

For me, a mid-morning to early afternoon visit to some rocky areas will see Rosemary in flower, and Alburcutx Tower on the Formentor road always entices me there for migrating raptors and warblers in the scrub, but like anywhere else I visit, not only do I find myself looking up to the sky, or along the tops of bushes, but on the ground too usually for plants or snakes. 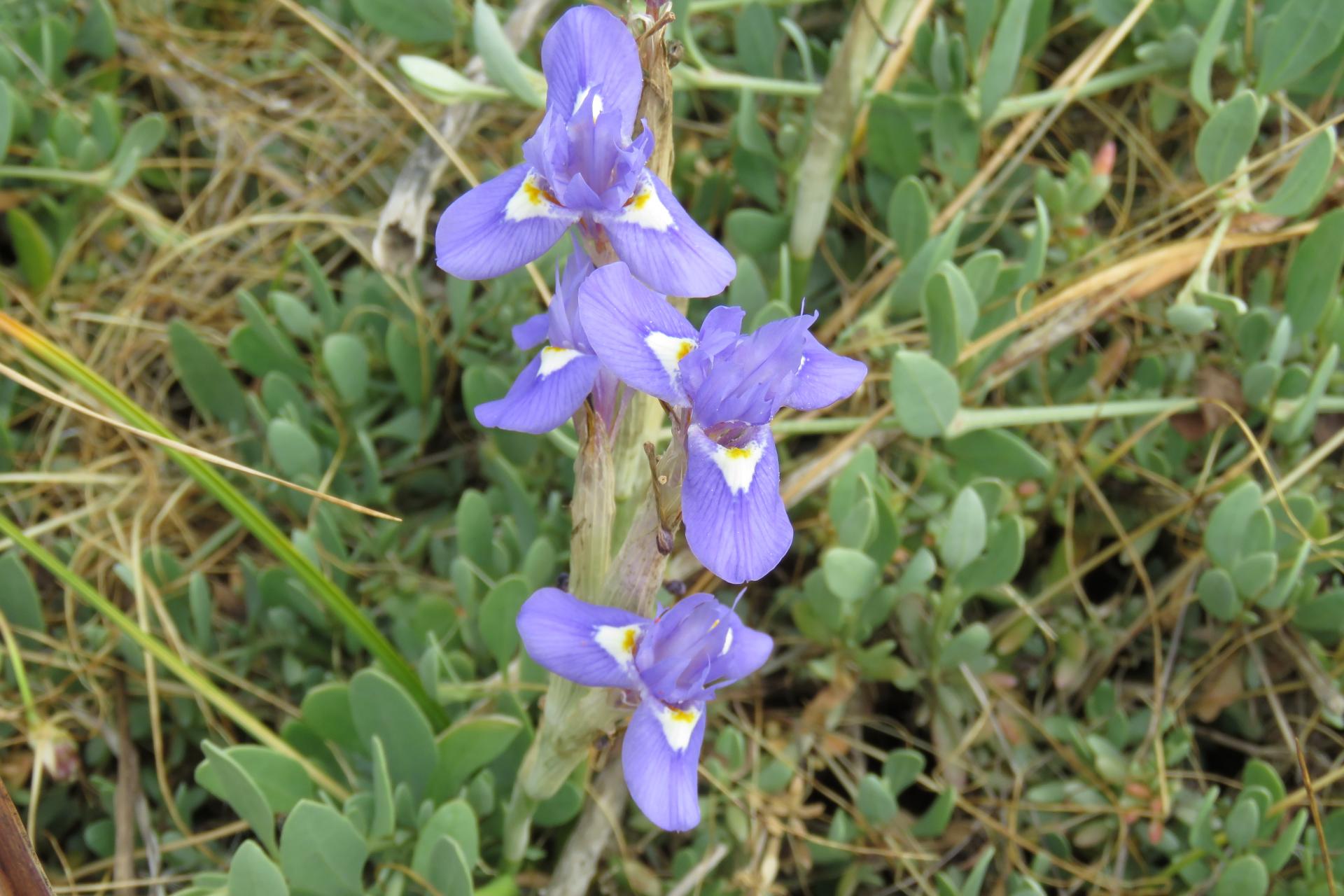 Scrambling amongst the rocks will see Rock Rose and Cistus growing, with Rosemary bushes in between, and the smell as you brush past the plant is beautiful. I always run my hands along the stems to get the scent of the flowers on me. I tend to find they attract butterflies in good numbers, in fact butterflies seem to prefer flowers that are blue or purple as these tend to have stronger scents and can be good for pollen. Red Admirals can be seen on Rosemary quite commonly, but there is one butterfly that is always a pleasure to see - mainly because it impresses me that this species migrates from Morocco and other regions, and cross a large body of water on delicate wings, averaging about 8 - 10mph as it goes. This is the Painted Lady.

The Painted Lady (Cynthia cardui) will when not migrating, happily settle for long periods on a variety of nectar bearing flowers including the Thistles. They skim over meadows and hedgerows, groves and open fields. In some years they can be scarce and in others very common. I have watched several feeding at once in areas around Bee Hive Lane near Puerto Pollensa and around Cala San Vicente in most years. They will happily move on other butterflies when feeding and are quite powerful fliers.

The white marks on the forewings distinguish them from the tortoiseshells. Once settled, the males establish themselves in a territory which they investigate any object that attracts their attention. Both sexes feed frequently on flowers which explains why at times feeding numbers can be quite high. They tend to avoid woodlands but will feed in dry, open areas particularly where there is rough ground covered by Thistles, and on Majorca there are a variety of Thistles that will suit them including the Spear, Slender, Rough Star, Galactites and the very common Creeping Thistle.

They are an easy butterfly to identify with a combination of a fast, powerful flight and distinctive colouring. However, colours can vary quite a lot in the adults, with the beautiful salmon-pink of a freshly emerged individual fading to an orange-brown during its long life. Tatty looking, faded individuals are not uncommon either. So, although the summer is slowly coming to an end, there is still a good variety of wildlife and plants to be enjoyed, and with the autumn migrants joining the resident bird population, there will be the excitement of something new or unusual turning up on our shores.