All Saints’ Day is one of the busiest times of the year for florists, because it’s when thousands of people in Mallorca go to the cemetery to put flowers and plants on the graves of friends and relatives.

After nearly two years of Covid restrictions and export bans in the main producing countries such as Ecuador and Colombia, florists and wholesalers are hoping for a boost in trade.

"They come from Asia and northern Europe and flower in late autumn and a lot of customers buy them when they they’re not fully open so that they stay fresh for longer," he says.

Chrysanthemums are selling for 9-12 euros per pot.

Carolina Mora, who co-owns the Edeen Garden Centre agrees that chrysanthemums are still the star of All Saints’ Day, but says cyclamen is gaining ground.

“It is a deeply rooted custom and it’s a tradition that’s always maintained,” she says. Roses, carnations and gladiolas are the most popular flowers for bouquets.” 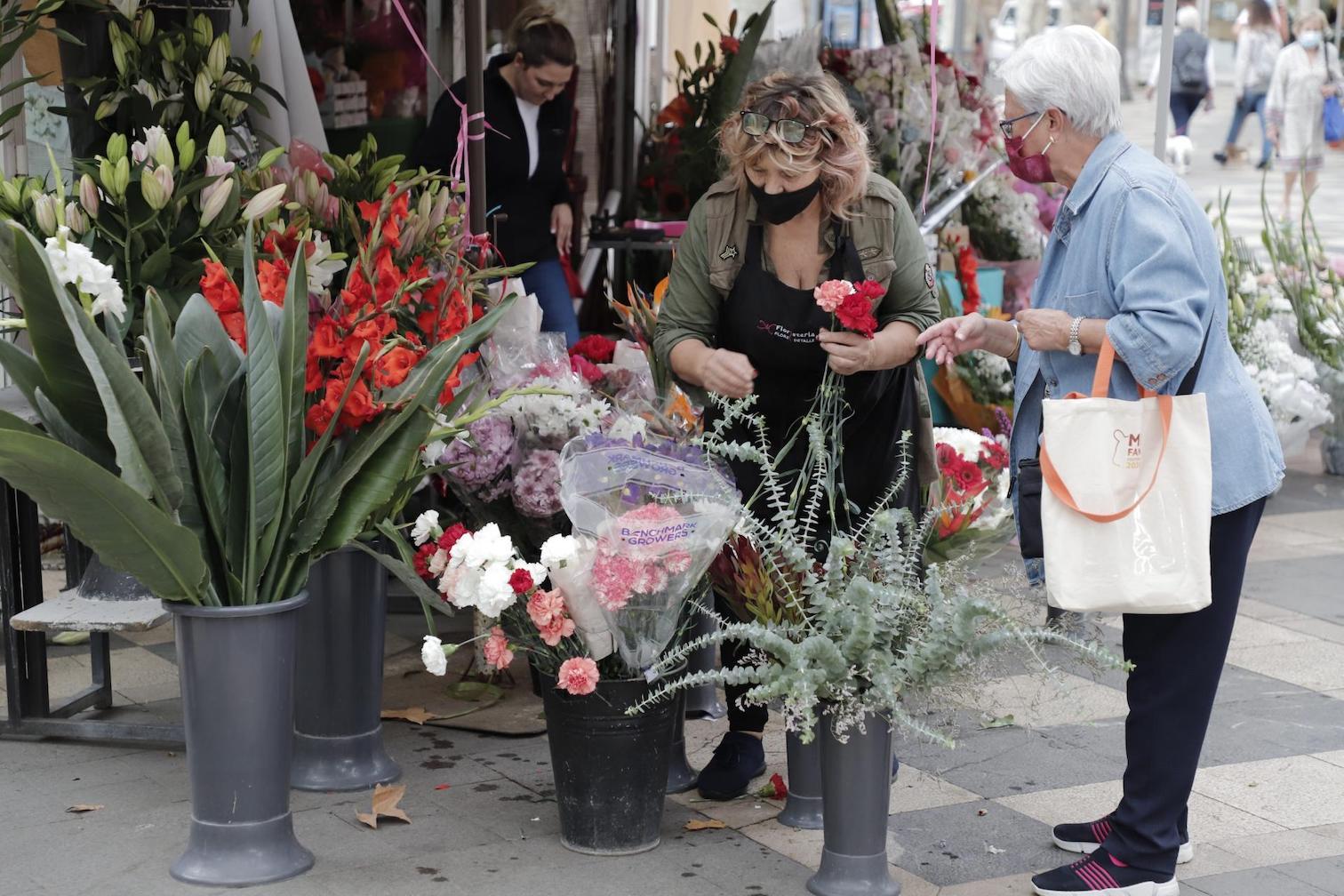 There will be no capacity limitations at cemeteries this year but florists are still worried about sales.

“Last year a lot of people didn’t go to the cemetery because of the pandemic and some may decide not to go this year either,” says Carolina Mora.

"The outlook is even more uncertain than it was last year because it falls on a bridge so people will probably want to go out,” says Florist Flortis owner, Lourdes Miralles.

Vilamosa is less pessimistic and is expecting a much better campaign this year than in 2020, whereas Miguel Fornés, from Fornés Grup, says it's very difficult to predict supply and demand.

The pandemic caused massive price increases and major supply problems in exporting countries such as Ecuador, Colombia and the Netherlands.

"We have been severely by delivery delays and the lack of roses from Ecuador,” admits Vilamosa.

"Supply has been very different to other years because of the transport delays," says Mora.

"All the merchandise from Ecuador and Colombia has arrived in good condition and we have received around 200,000 white and red roses,” said Fornés Grup.

To make it easier for customers and to avoid crowding, Fronda and some other florists in Palma are offering home delivery, store order pick-up and discounts for orders placed in advance.

Edeen Garden Center is employing more staff to meet the increased demand and to make sure people don’t have to queue for a long time.