Jaume II had a son who suffered from asthma, so in 1309, in an attempt to help his son, Jaume II ordered a palace to be built for Sancho in Valldemossa, as it was believed the local climate could relieve his asthma. However, the kingdom of Majorca didn’t last long and, in 1349, it definitively joined the kingdom of the Crown of Aragon. As there were no longer any Majorcan kings, the palace built by Jaume II was never used again as a home for royals. In 1399, the Monks realised the space was too small for them and so it was necessary to build a new monastery.

So, in 1717 work started on building a new monastery that was attached to the palace, representing the second big transformation of the Carthusian Monastery of Valldemossa. I have never been inside this monastery, but have explored the surrounding area on many occasions, including having some great meals in the mountain restaurants, and having a close encounter one evening with a Little Owl sat in the middle of the road devouring a Beetle.

I have however, been in around the monastery at Lluc on numerous occasions, enjoying not just the architecture, but the gardens and the circular walk under the Holm and Turkey Oaks. A centre of pilgrimage since the 13th century, a young Arab shepherd discovered a wooden statue of the Virgin in the cleft of a rock. Although placed three times in a local church, the statue miraculously made its way back to its cave. Recognising this as a sign from God, the villagers made a shrine to house it. How would the scene have looked in the time of the first Monks at Lluc? 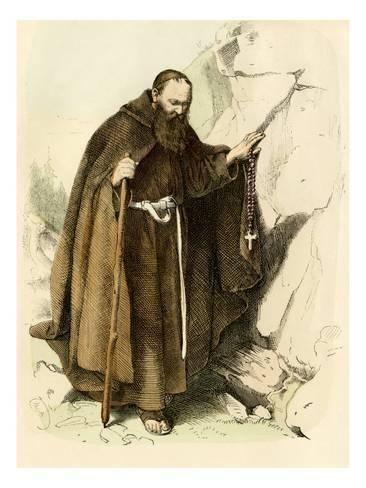 Well, pretty much as it does now, unspoilt, nestled in a deep wooded valley shadowed by the ridges of the Tramuntana Mountains, with bird song everywhere, vegetables and crops being grown, livestock roaming the area, the smell of Pine trees and wood smoke from the fires wafting across the valley. Oh, and large raptors circling and calling overhead. Turnips, dark breads, porridge, cheese curds, occasionally Fish, beer and ale all made up the varied diet of the Monks, with Fish and meat smoked to increase their longevity.

But I always imagine that when they were working the fields and vegetable gardens, that the Monks would have been serenaded by the beautiful song of the Nightingale, and would have wondered at the ease at which a Black Vulture drifted overhead - nature would have been a big part of their wellbeing as it is to many of us today.

The daily life of Medieval Monks was dedicated to worship, reading and manual labour, private prayer and meditation. During the day they worked hard on the lands, and as hard going as this no doubt was, what a beautiful setting to live and work in - azure blue skies, limestone ridges carved into shapes over millions of years, many shades of greens from the Aleppo Pines and Oaks, interspersed in the autumn with the red fruits of the Strawberry Tree and the Southern Heathers with their pink flowers. 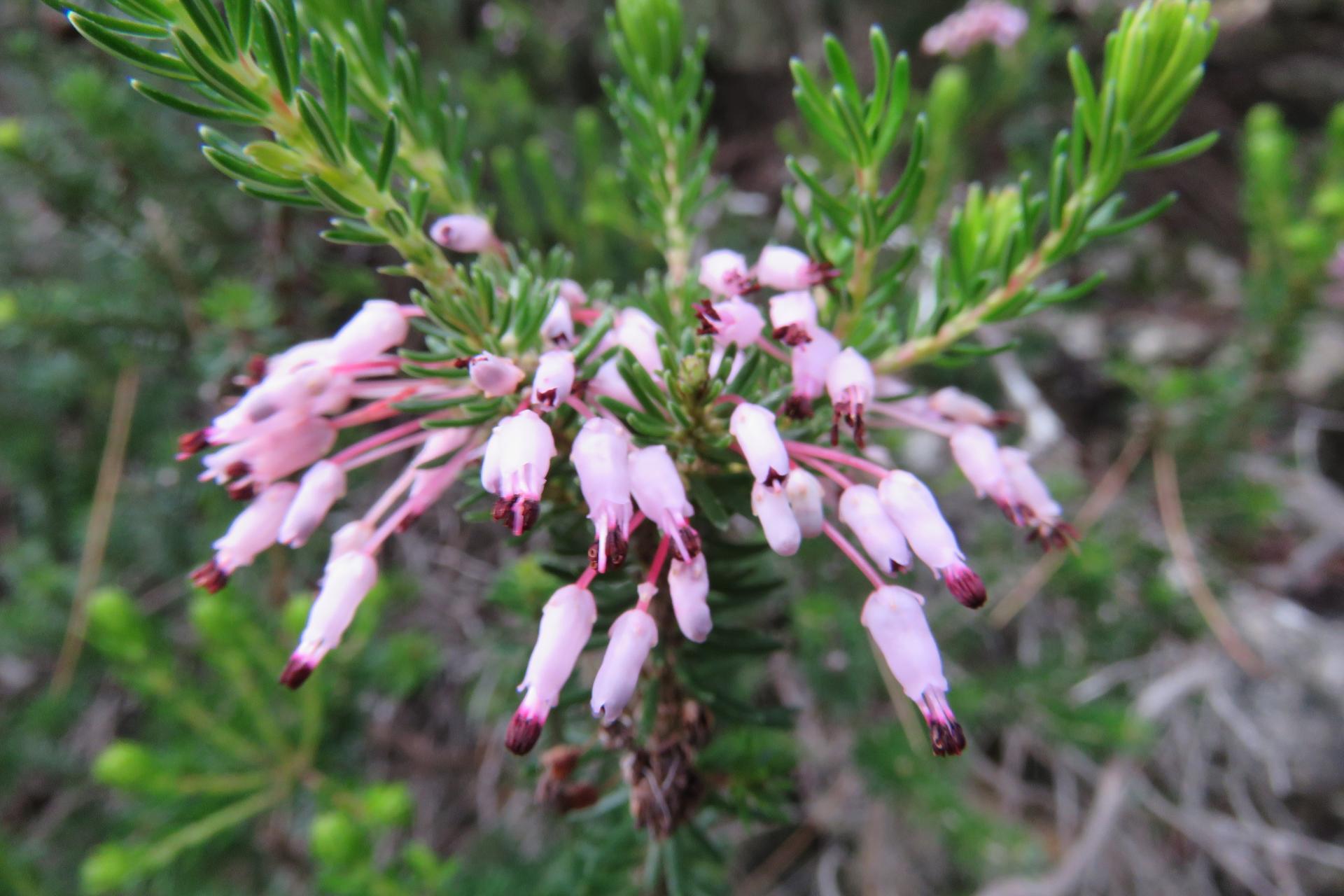 And of course, there is the fresh, mountain air, clear and inviting, with the breeze moving through the foliage leaving a soft ‘whooshing’ sound. And all the time there would be bird song - Chaffinches, Greenfinches, Goldfinches, the screaming calls of Common Swifts over the monastery rooftops, Great Tits and Firecrests deep within the woods, the unusual call of the only species of woodpecker on Mallorca - the Wryneck, the enchanting call of the Nightingale echoing across the valley, Red-legged Partridges, Rabbits and Hares scurrying around on the edges of the fields, and of course, that iconic bird so loved on Majorca, the Hoopoe.

Solitude, peace, harmony and wellbeing would have been coming out of their ears. And of course, an aptly named plant grows in abundance in the area (one which will feature in another article), Friars Cowl.

Lluc Monastery is situated in a basin at a height of 525m above sea level, surrounded by high mountains including the impressive peaks of Puig de Massanella, and although the Oak woods have a good mixture of resident birds - Great Tit, Woodpigeon, Wryneck, Firecrest, Sardinian Warbler and Scops Owl to name a few, there is one little bird that is normally found in Europe close to habitation, yet on Majorca, is generally found at higher altitude - the dainty little Blue Tit.

The soft ‘tsee tsee’ call gently spills out amongst the foliage, where they are seeking out larval insects and Spiders, with fruits and seeds in the winter supplementing their diet. They are the only European ‘tit’ species with a bright-blue crown, with yellowish-green upperparts and sulphur-yellow underparts, and a small central blackish streak on their belly (not as prominent as in the Great Tit which shares the same habitat). The wings are a dark blue with a white wing bar and the tail is a soft grey-blue. They can lay anywhere between 6 and 16 eggs in a nest constructed of moss, lined with fine hairs and grass, usually in a natural hole in a tree but sometimes in thick vegetation too.

So, when you next visit Lluc after a delightful coffee at the little bar close to the main building, explore the architecture inside, feel the monastic influence, and take the circular, cobbled path built by the Monks themselves past the sculptures carved into the rocks, and take in the mountain air as you walk under the Oaks, but also visit the beautiful sensual gardens and the gift shop which has many items made by the Monks themselves, and see and hear nature as the Monks have and will continue to do so.