The Balearic Cultural Work calendar has been published every year since its foundation in 1962 and the 60th anniversary edition is being dedicated to two of Mallorca’s most famous personalities.

“I am honoured and proud to dedicate this calendar to the renowned artist, Joan Miró and former journalist, publisher, patron and President of the Serra Group, Pere A. Serra” said OCB President, Josep de Luis.

“Joan Miró saved the OCB in the 1970's because we were in a very difficult situation and the economic conditions were highly precarious, but it managed to survive thanks to Miró giving away some posters.”

He also emphasised Pere A. Serra’s role as a promoter of important works, such as the Gran Enciclopèdia de Mallorca or the Diari de Balears, which is now 25 years old. 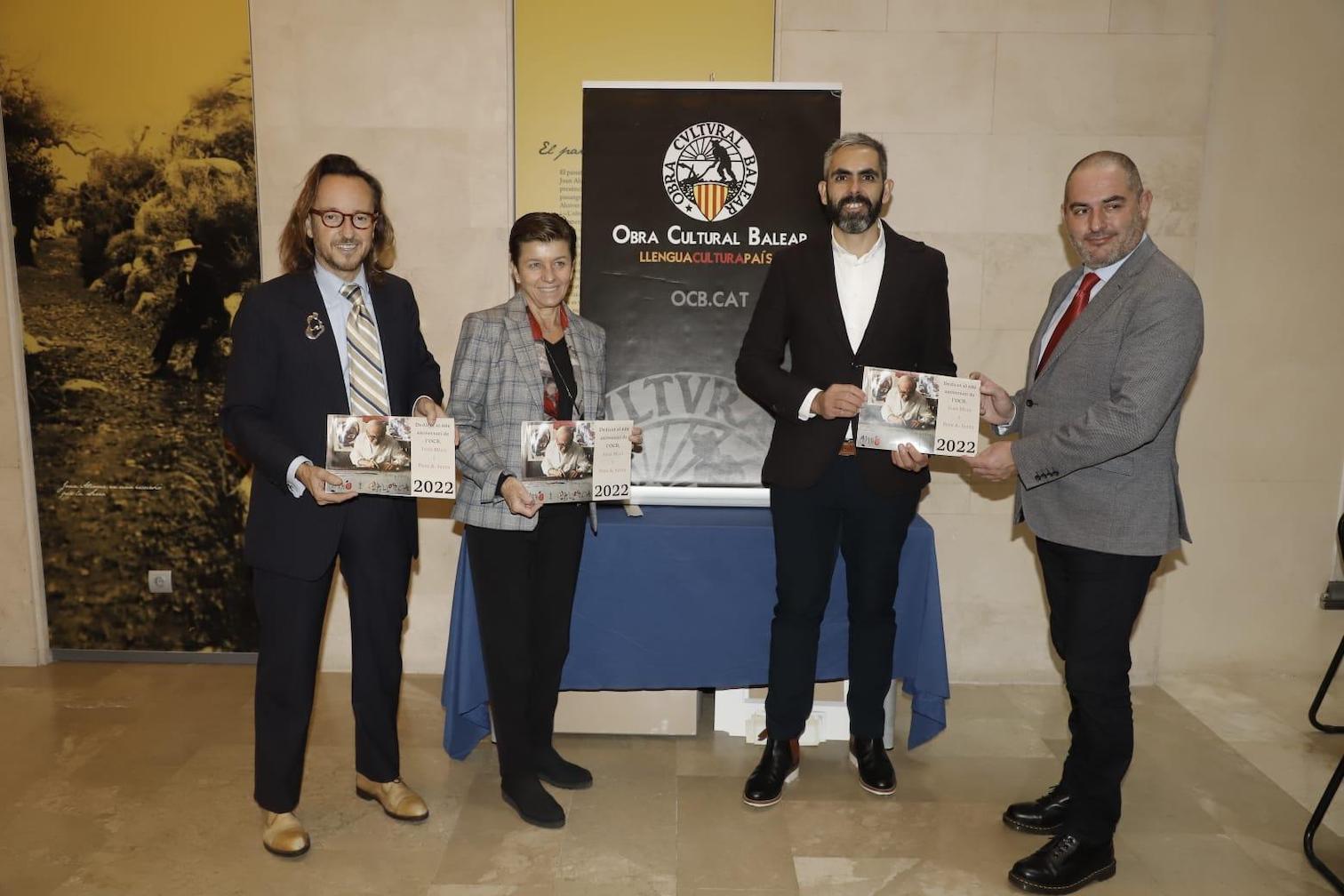 The calendar was presented by Joan Punyet from Miró Succession and Carmen Serra from the Serra Group, who talked about the magnificent relationship between Joan Miró and Pere A. Serra and praised the friendship and admiration both men shared with the Obra Cultural Balears”

Fundació Miró Director, Francisco Copado, explained that the calendar is based on Pere A. Serra’s book, ‘Miró i Mallorca’.