The demand for superyachts is on a meteoric rise

Mallorca’s eagerly-anticipated Palma Boat and Superyacht Shows coincide with the true start of the summer yachting season and a reopening of many of the Island’s hotels, alongside the first trickle of tourists and returning second-home owners. Bringing the yachting community together, face-to-face, at the end of a period of such physical divide, will feel like a celebration - of course, always conforming to prevailing health regulations.

The first European shows since Genoa in October 2020, demand from exhibitors is unsurprisingly strong, including a number of first-timers. For the Boat Show side of things, there will be 227 exhibitors and 185 boats in the water. Across at the Superyacht Show, their line-up is equally impressive, 27 motor and sailing superyachts including: 50.6-metre Royal Huisman schooner Borkumriff IV, 34-metre Feadship - de Vries Iduna, 36-metre Heesen motoryacht Alcor, 35.77-metre Baltic Yachts sailing yacht Path, 35.15-metre Nautor’s Swan Highland Fling 15, and 40.28-metre Royal Huisman ketch Anakena - to name but a few. 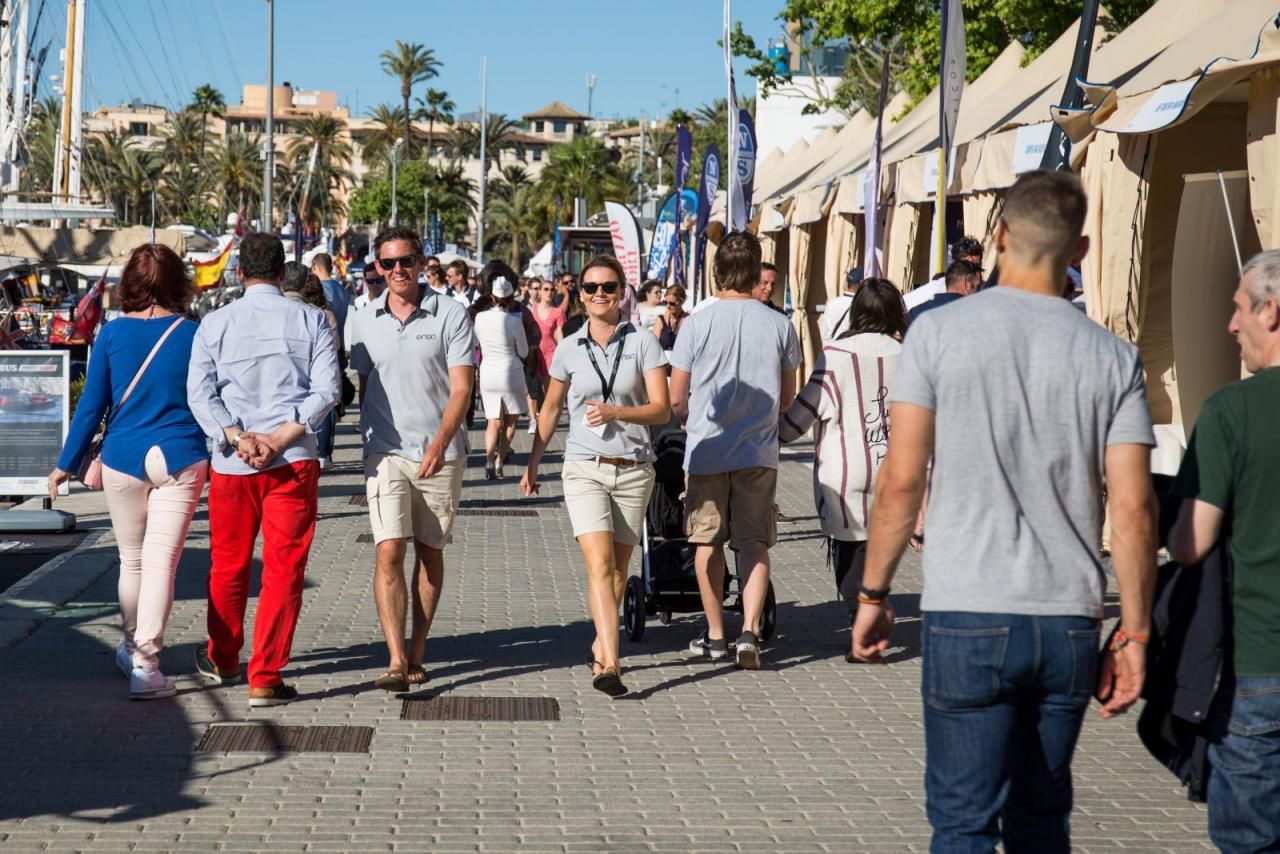 It seems that the concurrently running nautical events could not have chosen a better time for their comeback. Not only are social and travel restrictions beginning to ease but, during the events’ year-and-a-month enforced hiatus, the net worth of the world’s richest has also skyrocketed, and they’re ready to soak up the freedom afforded by the sea. 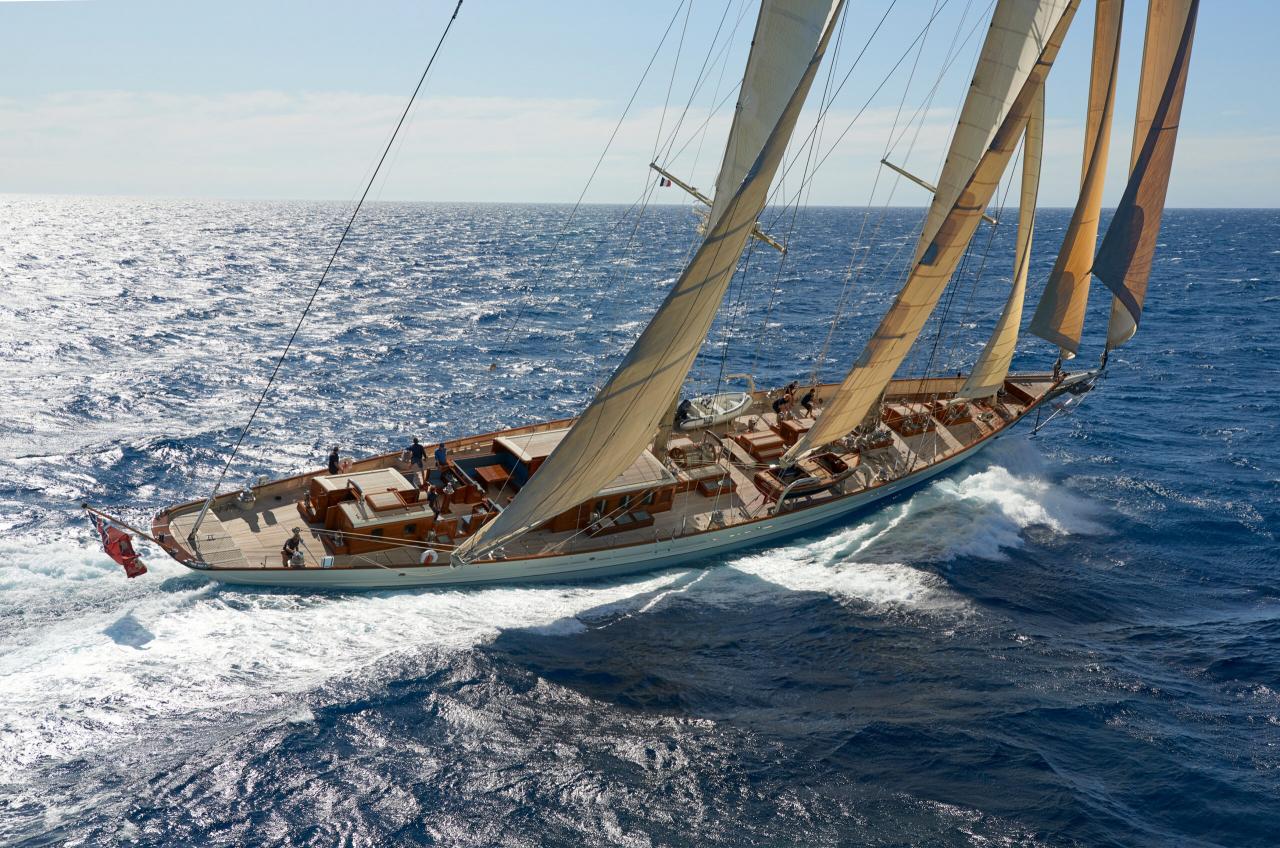 In January this year, Oxfam published The Inequality Virus. Timed to coincide with the opening day of the World Economic Forum (Davos), the report revealed that the combined wealth of the world’s ten richest men rose by 540 billion dollars (400 billion pounds) during the pandemic.

The charity said this amount would be enough to buy vaccines for everyone, and stop the world falling into poverty. Some of the faces appearing in this fortuitous ten were: Amazon’s Jeff Bezos, Tesla’s Elon Musk and Facebook’s Mark Zuckerberg. In Bezos’ case, his worth climbed so much between March and September 2020 that he could have given each of his 876,000 Amazon employees a 105,000-dollar bonus and still be just as wealthy as he was prior to COVID-19. 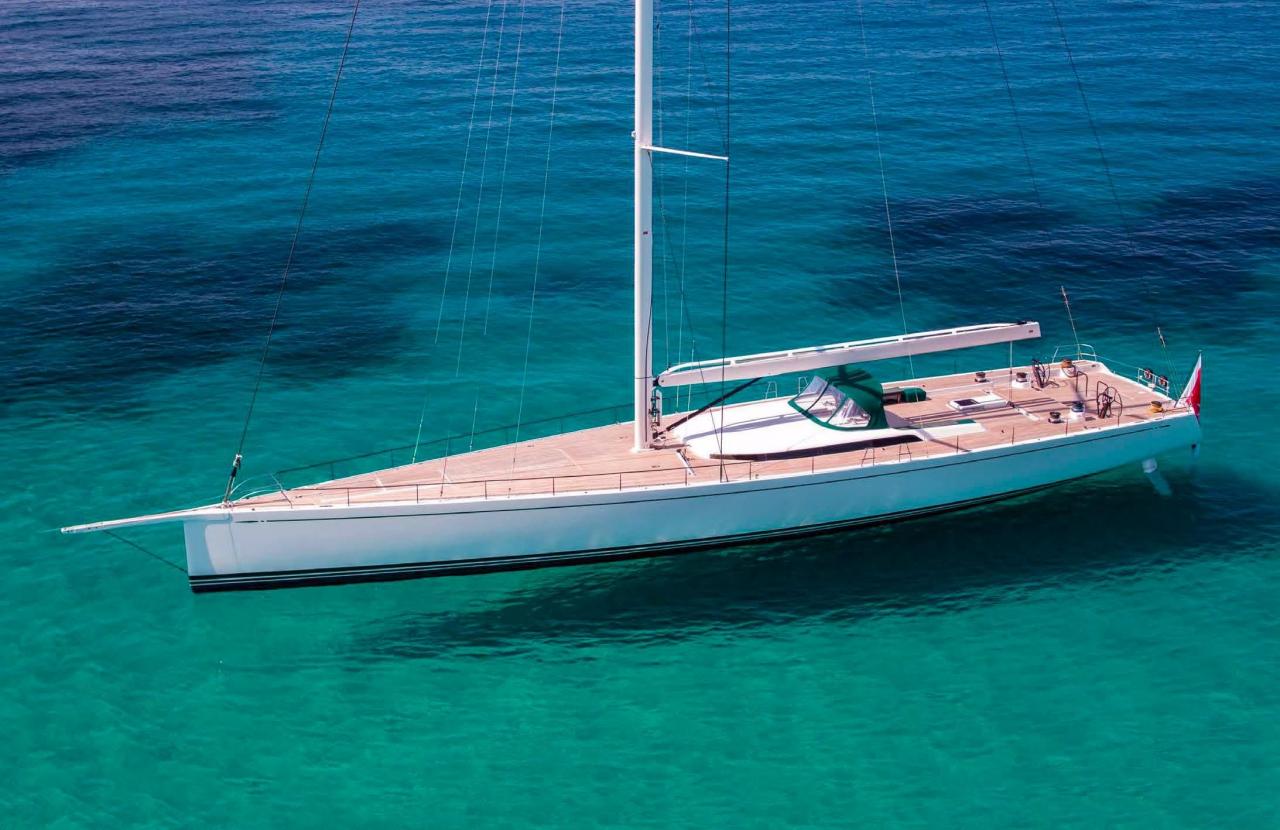 Meanwhile, Oxfam estimated that between 200 and 500 million more people had entered poverty in 2020, and their economic recovery would take not months, but years. Governments around the world are now giving serious consideration to revising their tax regimes in order to ensure that global corporations and affluent individuals contribute to vital economic recovery. 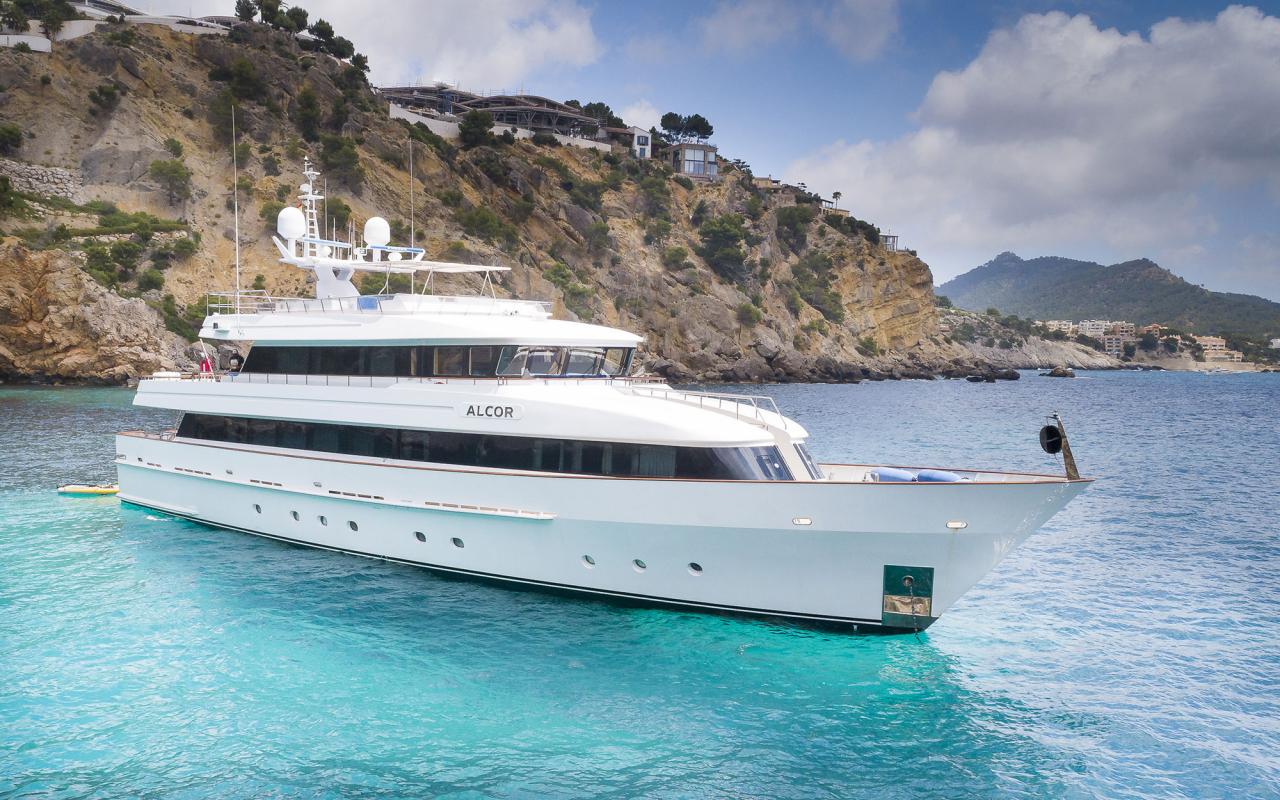 Not that the world’s wealthy aren’t doing their bit. A number of billionaires have given sizeable donations to support food banks and other pandemic relief efforts, and no one could forget Dolly Parton’s one-million-dollar cash injection (no pun intended) to help fund research into the Moderna vaccine. They’re also buying expensive things, such as superyachts, which has great impact on local economies, from the craftsmen involved in their construction to the crew they recruit, and the marinas they moor in to the fuel they take onboard. None of this is insignificant. 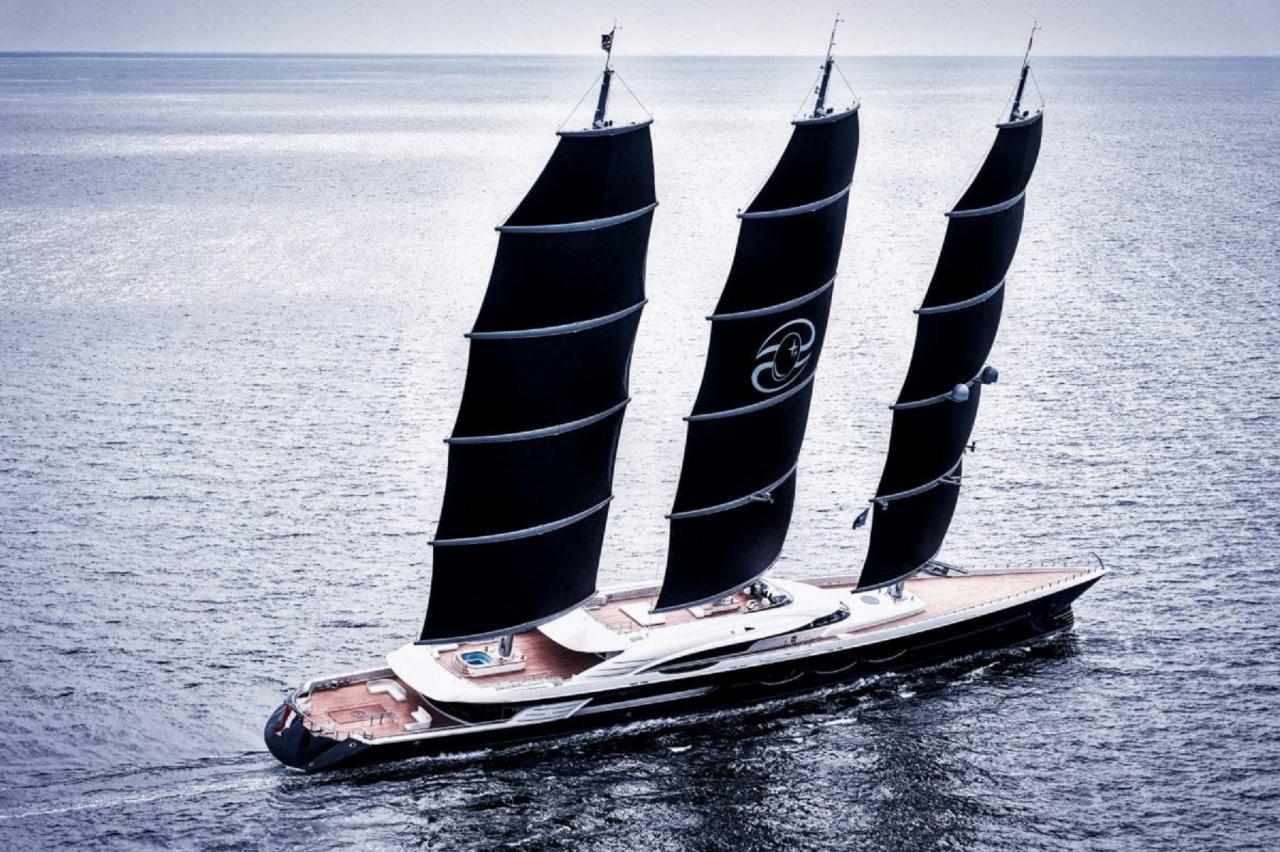 The aforementioned Mr Bezos is purportedly building a three-masted sailing yacht at Oceanco in the Netherlands, codenamed Y721. The cost is assumed to be in the region of 500 million dollars - a drop in the ocean for a man with a current net worth of 200 billion dollars. At 127 metres, upon delivery it will become the world’s largest sailing yacht - with a rather swish superyacht also under construction as the support vessel. Hundreds of workers and designers are being employed by the project, and dozens of people will need to crew the two yachts at completion. And, with the annual running costs of a superyacht said to equate to 10% of purchase price, that’s at least 50 million dollars going back into the economy. 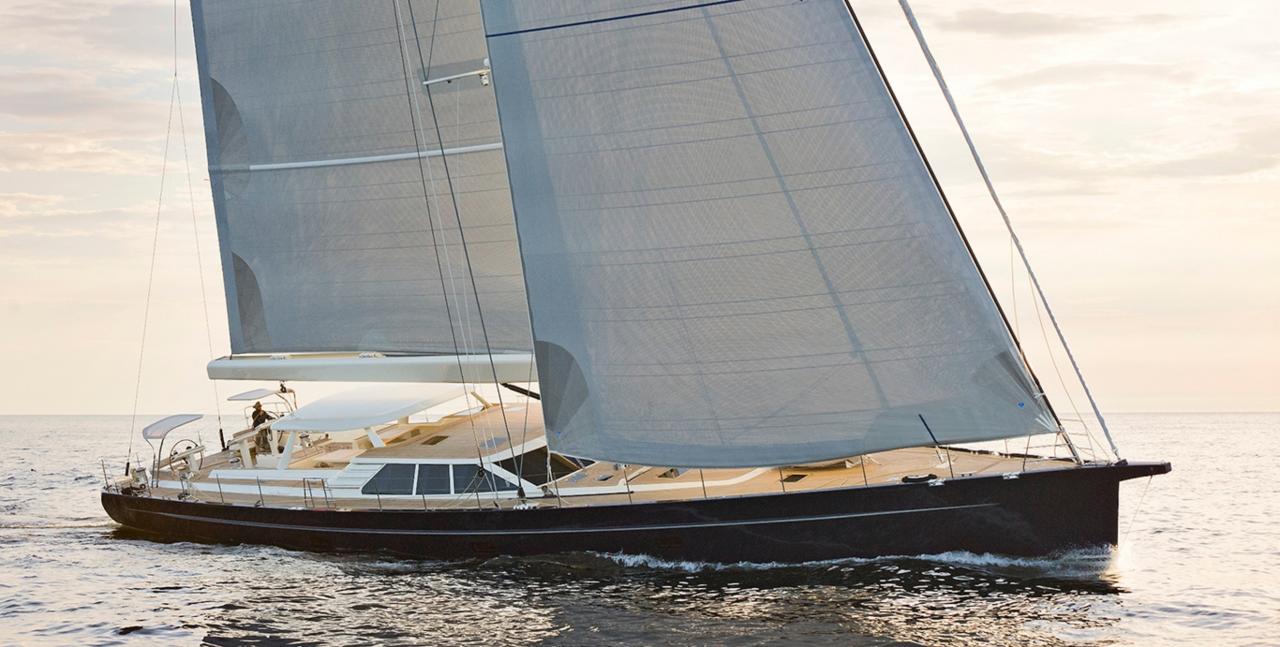 Film director Steven Spielberg is also rumoured to be climbing the superyacht ladder. He recently put his 86-metre Oceanco Seven Seas on the market for 160 million dollars, with a larger boat allegedly already commissioned. Oceanco also built Black Pearl, the 106.7-metre three-masted yacht believed to belong to Russian billionaire Oleg Burlakov. ‘Larger’ does seem to be the order of the day, with each new superyacht (or should we say megayacht?) outshining the last.

And, with one new billionaire joining Forbes’ World Billionaires list roughly every 17 hours between March 2020 and March 2021, the demand for superyachts is on a meteoric rise. Many yacht brokers reported more sales in 2020 versus previous years, with 2021 set to be another record-breaker. While lockdown put a temporary brake on things, weeks later, when the above-averagely-wealthy realised that they weren’t going to be the big financial losers in this pandemic, a carpe diem attitude saw the boat market roar back to life, stronger than before.

Incredibly, supply is now an issue. New-build shipyards are said to be fully booked, with a waiting list. Research reveals that 50 boats over 100 metres in length are under construction in Germany alone, ten of them at Lürssen. Market research firm Technavio says the luxury yacht market size has the potential to grow by 310 units during the period 2020 to 2024, and the market’s growth momentum will accelerate during the forecast period. To quote its report: “The market has witnessed steady growth in the high-net-worth individual (HNWI) population over the past few years. 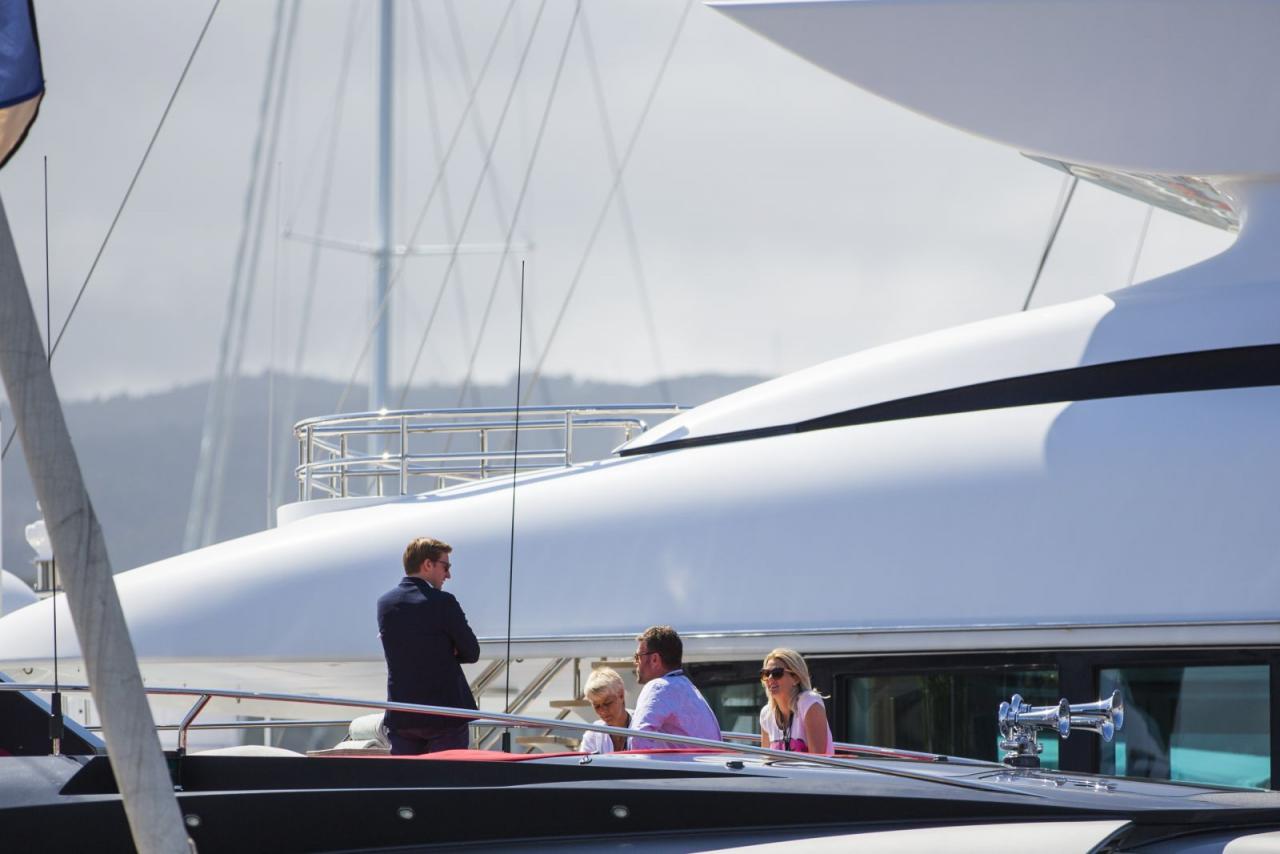 In addition, the expanding middle-class income group and growing consumer interest in the purchase of luxury products are expected to have a positive impact on the growth of the luxury yacht market during the forecast period.” Good news.

Explorer yachts in particular have gained in popularity, the kind that can reach all four corners of the earth and travel long distances without the need to refuel. These kinds of adventures capture the current desire for true escapism.

Speaking of adventures, another sector of the market seeing strong growth is yacht charter, and many charter brokers will be on hand at the Palma Shows. Having had a chaotic summer season last year, with destinations either closed, or opening then closing, charter brokers expect a bumper 2021. 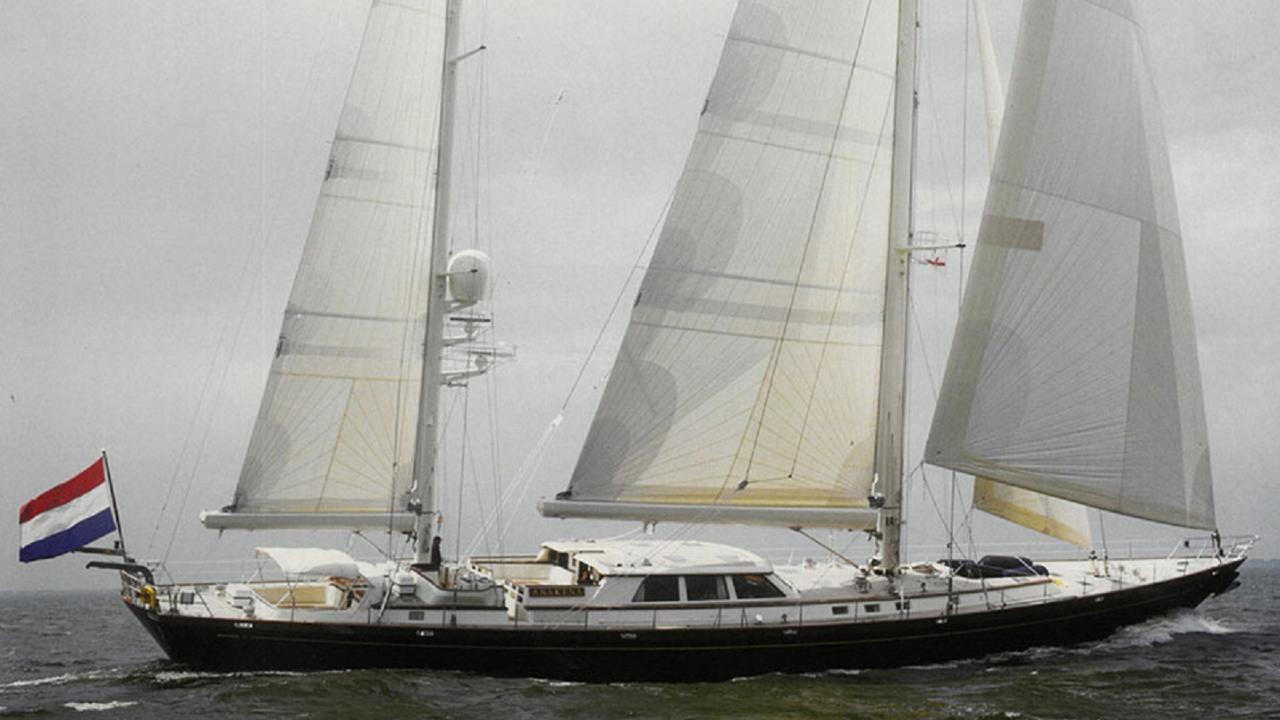 The reason for this is twofold, the postponing of last year’s cancelled bookings to this year, and a rush of first-time charterers who now see the merits of private, outdoor, safe, socially-distanced leisure. Boating is also, rightly or wrongly, seen as a way of getting round local coronavirus restrictions, from restaurant and bar closures to mask wearing and distancing. Unsurprisingly, the best vessels are already booked out.

With daytime temperatures forecast to hover between 26 and 29 degrees all weekend, whether they’re coming to sign the contract on a superyacht, buy a zippy RIB for weekends, or just soak up the atmosphere with their wallet kept firmly closed, visitors to Mallorca’s headline boating spectacles are in for a much needed mood-boosting treat.