Cristiano Ronaldo has spent most of June back on the island

Ronaldo has been enjoying his super yacht in Mallorca. | Julian Aguirre

As June draws to a close, Mallorca is this year’s destination of choice for many of Europe’s top football players and managers.

In addition to the regulars, such as the former German goalkeeper Oliver Kahn, and the Liverpool and Arsenal coaches, Jürgen Klopp and Mikel Arteta, respectively, Cristiano Ronaldo and his family returned to the island for their summer holiday. 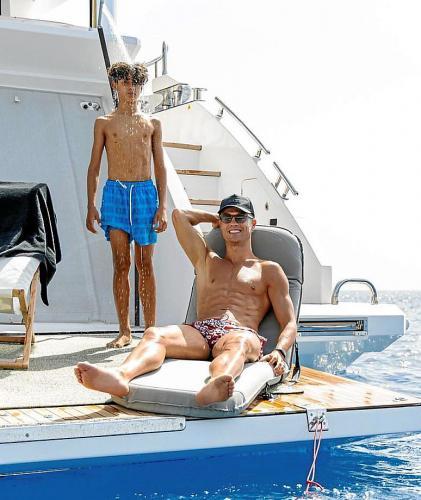 Robert Lewandowski and his wife Anna, who bought a beautiful house in Santa Ponsa, have been back in Mallorca and the top striker could settle in Spain if he signs for Barcelona.

The young PSG star Xavi Simons has spent his time on the island partying, partying and sailing with friends.
Mario Götze and his wife, Ann-Kathrin, and their son, Rome, have joined the likes of Danish footballer, and former Real Mallorca coach Michael Laudrup, in getting fit at Fit Club Mallorca, a gym frequented by many footballers.

And Kevin De Bruyne and other Manchester City players attended the wedding of his teammate, Nathan Aké, at Son Marroig in Deya the weekend before last.