British presenter and actor Griff Rhys Jones and his crew on board his classic yacht Argyll finished in third place in the 27th Illes Balears Clàssics regatta on Sunday. 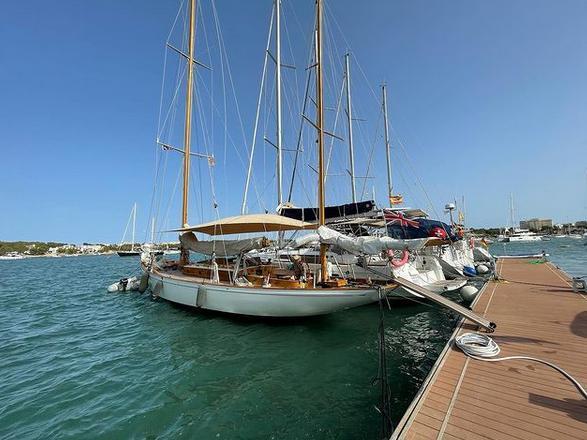 More recently owned by the Welsh comedian/actor Griff Rhys Jones and raced competitively in the Mediterranean classic yacht regattas from 2010 onwards.
In 2013 Griff Rhys Jones organised an S&S yawl event in June on the island of Elba, quickly nicknamed ‘Yawlba’.
5 yawls turned up to the first event which Argyll won.

The start of 2015 saw Argyll join the Panerai Transat Classique and finish a very respectable second on handicap only to be beaten by the 39 m 1929 Fife design Altair in a crossing that boasted schooner weather. 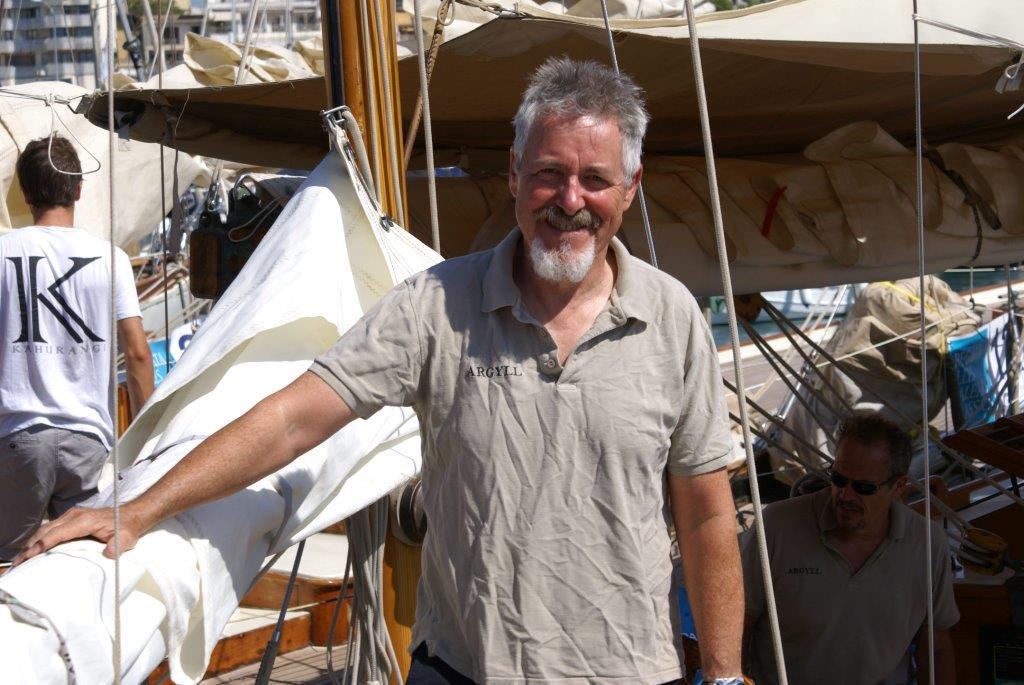 “Since I bought the yacht, I’ve discovered that I’m quite competitive. I never used to be. At first it was all about old men and boats, but now it’s like owning a Ferrari and you want to win. It’s great fun to be honest and while I’m not always racing, she’s on the circuit and I join her and the crew whenever I can find the time,” he told the Bulletin during his last visit to the island to compete in the regatta.