I’ve even started re-reading some of my old Bulletin columns from years ago...

“Hello, how are you - what are you getting up to today?” Well, to tell the truth, not very much apart from walking very slowly around the garden and making a mental list of jobs that need doing, but I can’t be bothered to start. Then I suppose there is Bullseye on the television this afternoon circa 1983 and I suppose that I have three books on-the-go at the moment so deciding which one to continue reading could be my main decision of the day. I know that some of you will be irritated by these facetious remarks because you are still working hard or have filled your life with exciting endeavours like tracing and counting your footsteps via your phone and then bragging to your friends about it.

But - what do YOU do in lockdown to keep yourself sane? Oh, I almost forgot, I still manage to play tennis twice a week with a group of blokes nicknamed ‘Last Of The Summer Wine’ but as we can’t have a coffee or a refreshing beer(s) after our sessions it’s not quite the same somehow. As for reading; at the moment I’m torn between a Ken Follett 1,112 page blockbuster with the understated title of Edge Of Eternity and a semi educational tome entitled Ghosts Of Spain where I have just read the same page at least three times over. I’ve even started re-reading some of my old Bulletin columns from years ago to pass the time, until I was told that this was “really weird” and madness undoubtedly lay in that direction. Nevertheless, surely my present predicament is exactly the same as thousands of others at the moment and it will take a little more than experimental cake-making and shouting at politicians on the telly for life to become completely fulfilling once again.

However, as always on this island, something uplifting and positive is always around the corner…he tells himself! The day after storm ‘Hortense’ made its hugely destructive landfall across the island, we went on our regular, if extremely predictable walk along Paguera’s three bays - by the way - is it Paguera or Peguera? Anyway, as we dropped down onto the top end of the main beach, just below the recently refurbished Mar Y Pins Hotel we are confronted by huge rollers coming in across the bay as if we were in North Cornwall or Australia’s Gold Coast. 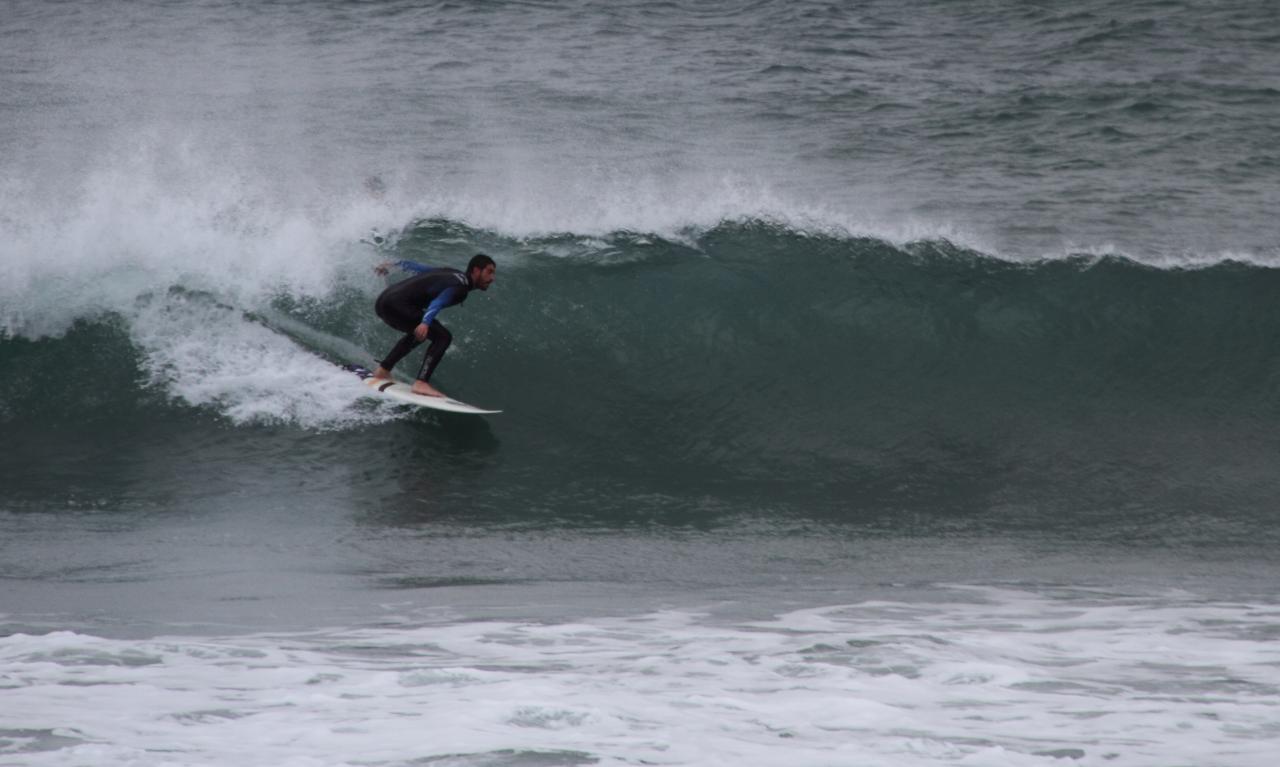 In twenty years of living on the island, I confess I had rarely seen the sea so - er, exciting! Obviously, we weren’t alone in that regard because on arrival I counted twenty-seven surfers out on the broiling water and they were joined by many others as time went on. From strapping young men and women, to family groups of four - all fully kitted-out and clearly used to this exciting environment. Unhappily I didn’t have my bathers with me, as - well, you know! Anyway, Julie took loads of pics and sent them to our kids as we knew that it had snowed that day across much of the UK - also joking that “Dad is just getting his wet-suit on.” On that note, I am happy to say that they all actually believed her and wished me luck! I do worry about them sometimes. I have to tell you that it was a most exhilarating experience - but not quite as exciting as the nude model on the same beach the week before.

Reading my Bulletin on Sunday morning, I have to say that my heart sank a little when I read the page-lead headline - “Spanish officials under fire for jumping vaccine queue….” It seems that several mayors, regional big-wigs and health service officials have been vaccinated before priority groups. Moreover, it seems that senior military officers have also been barging past the system so as to get their jabs before other more appropriate groups.

How very brave of them! It seems that Spanish social media outlets are alive with outrage and disgust at this generally perceived almost everyday occurrence. Whilst I am at it, it has been reported that three senior Conservative party members of the Welsh Sennydd (Parliament) have been sacked from their positions because they flouted a drinking ban in that assemblies bars. I don’t know if I am being naive or not - but, it seems to me that there is a difference between stupidly ignoring certain lockdown rules and seeking to use your position and influence to get a vaccine before those more deserving than you - whatever your position.

Although I understand that nothing has yet to be finalised regarding the United Kingdom’s rather late discovery that tougher rules of engagement maybe introduced to incoming visitors to the country, it has certainly spooked both the airlines and travel companies. Putting aside the fact that many people have been calling for tougher rules both for health certification and properly monitored isolation since April of last year - it now seems that the British government may now act on the matter.

However, leaving those coming from overseas on business matters to one side - the question to be asked (and the tourism industry is rightly asking the question) who would go on holiday abroad (even if they were actually let in) when they would perhaps have to isolate in a hotel at their own expense for ten days or so, on their arrival back in the United Kingdom?

I know that sometimes it is easy to be outraged during these difficult times. Indeed, a glib knee-jerk reaction to every governmental position does come extremely easy sometimes. However, with hairdressing and beauty salons going to the wall on an almost daily basis because of the pandemic and the protocols that have been introduced by various levels of government, surely help could be delivered to this sector?

For instance, I didn’t realise until I read my Bulletin last week that central government charges salons 21% IVA (VAT) which is an enormous tax whatever way you look at it. It seems that hair and beauty salons had their IVA hiked from 10% in 2012 for some reason and it hasn’t been changed since. Result: Salons either close and go to the wall, or - the stylists and beauticians work ‘on-the-black’ from home or visit their clientele at their homes. Brilliant - everyone’s a loser!