THERE are three main factors that make it hard for an Englishman to hold an unbalanced view about the so-called “fish-fight” between Scotland’s First Minister Nicola Sturgeon and her predecessor Alex Salmond.

The first is that neither of them comes across – to me at least – as a very attractive personality. She seems like an unsmiling virago and he, whom I have met, as a bit of a bully. The second is that the source of the controversy is somewhat arcane – who said what to whom and when – rather than an important issue of political principle.

The third depends on where you stand on Scottish independence. If you are against it, then you are likely to hope that the “fish-fight” brings her down and thereby takes the chance of an early referendum off the table. If you are in favour of an independent Scotland, you will hope that she survives and carries on her unrelenting campaign.

For myself, I think Scotland should become an independent country if that is what the Scottish people really want, though I have some doubts as to whether it would be in their long-term interests. I would also be sorry to see the historic unity of England and Scotland broken.

It also troubles me that Scotland has virtually become a one-party state - and a pretty autocratic one at that.

It is regrettable to anyone who believes that a political contest is the best way to guarantee democratic rule that the Labour and Conservative opposition north of the border have failed to offer a serious political challenge to the SNP, even though there is general agreement among the public that the country has been badly governed, especially in education and health.

Notably in Northern Ireland, the British government in London has taken the view that, once self-government has been introduced, they should let people get on with it.

This laissez-faire attitude had disastrous consequences in Northern Ireland, where successive Protestant governments favoured their own people and discriminated against the Catholic population over jobs and education, leading to decades of violence and death.

It seems likely that the Scottish Parliament’s inquiry will support the charges brought by Salmond that Sturgeon lied to Scots MPs about the date she knew about certain matters relating to the case brought against him on sexual harassment and attempted rape.

But this verdict would probably not be fatal to her chances of staying in office, because she could plausibly argue (as she is already) that the verdict was reached on party lines: five opposition members saying she lied, with four loyal SNP members voting in her favour.

More crucial will be the impending verdict of the Hamilton report by an independent lawyer. If that suggests that she lied and thereby broke the Ministerial code of conduct, then she would almost certainly have to resign.

With all this happening in the run-up to a general election, it leaves Scottish politics in state of suspended animation, which is not a healthy condition for a country facing the serious economic and human challenges thrown up by the pandemic.

Why exercise is bad for you

My new hero is a Japanese doctor who has been extolling the benefits of alcohol and chocolate and even of fried food, while describing exercise as “a waste of time.”

His rationale goes like this: “Your heart is only good for so many beats and that’s it. Don’t waste time on exercise. Everything wears out naturally. Speeding up the heart doesn’t make you live longer.

That’s like saying you can extend the life of a car by driving faster.”

As for alcohol, he points out that “it is made from fruit and fruit is good for you. Beer is made of grain and grain is good for you. Chocolate comes from the chocolate bean, which is a vegetable. If food is fried in vegetable oil, how can that be bad?”

To someone who said swimming was good for you because it gave you a good shape, he replied: “Explain the whale to me.”

He summed up his philosophy as follows: “Life should not be a journey to the grave with the intention of arriving safely and in an attractive and well-preserved body, but rather to skid in there sideways – beer in one hand, chocolate in the other – body thoroughly used up, totally worn out, and screaming “Woo-hoo! What a ride my life was!” 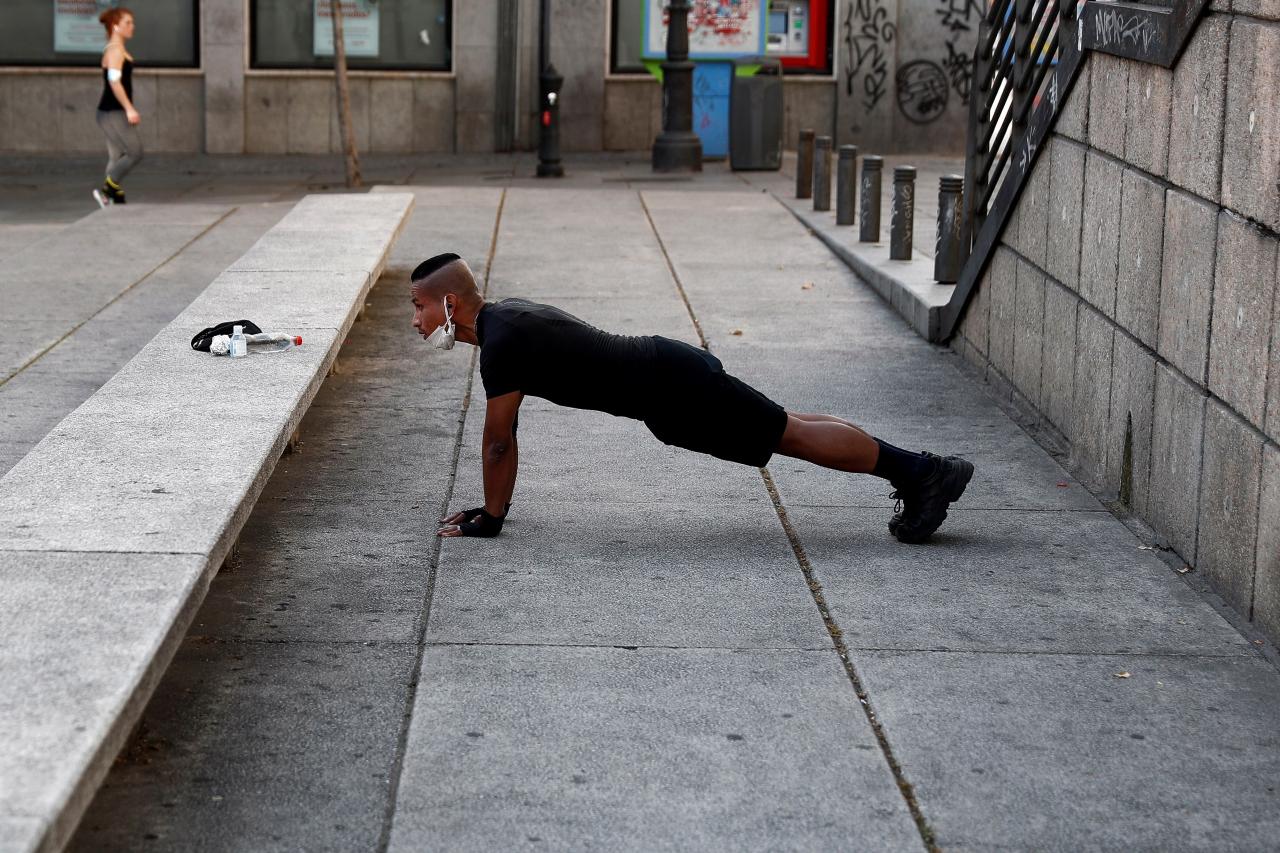 In support of his rebel thesis he claims that the inventor of the treadmill died at 54, the inventor of gymnastics at 57, a world body-building champion at 41, and Jim Fixx, the man who popularised jogging and died from a heart attack while doing it at the age of 52.

His final point is that a rabbit has plenty of exercise, jumping around a lot, but dies at the age of two, whereas a turtle takes no exercise at all and lives to be 400.

OK, I can see that his medical case may be flawed and his examples highly selective and some of them open to challenge, but what the heck: I’ve reached an age where I’ll gladly believe what I want to believe.

It was hardly a surprise when Murray Walker died at the age of 97, but it was sad all the same. He was not only admired for the enthusiasm and expertise he brought to the microphone, but also for his lovable personality and for the occasional boobs that showed he was only human. He once said: “I don’t make mistakes. I make predictions which immediately turn out to be wrong.”

Here are two other “Murrayisms”: “The lead car is unique, except for the one behind, which is identical,” and “There’s nothing wrong with the car except that it’s on fire.”

He was 53 before he covered a Formula 1 race, having won prizes in motor cycle trials and worked in advertising, where he invented the slogan: “Trill makes budgies burst with health.”

During World War Two he trained at Sandhurst, was commissioned into the Royal Scots Greys and commanded a Sherman tank as a captain at the Battle of Reichswald. His voice was described as “a screech that resembles a 500cc engine revving up.”

The commentaries he shared with the former world motor racing champion James Hunt were full of incident.

They had to share the same microphone and kept snatching it from each other’s hands, especially when Hunt was the worse for wear with drink, and they came close to fisticuffs.

He was the last of that great generation of broadcasters who became indelibly associated in the public mind with their sports: Dan Maskell with tennis, Bill McLaren with rugby, John Arlott with cricket, Peter Allis with golf.

We all have our favourites, but in a poll by fans Murray was voted “the greatest sports commentator” of them all.

I’ll tell you what an autocratic one party state looks like. One that foists another eighty nuclear warheads on the Clyde estuary without a by your leave. One that has been in power for eleven years and routinely treats parliament with contempt and even shuts it down when it gets in the way. One where the PM misleads parliament on a daily basis and even gets his donors to pay for him home decor! Really Donald, your fixation on Nicola Sturgeon is unbecoming of you.