When does development turn into over-development?

When does development turn into overdevelopment? I have to be a little cautious what I write in this regard, because there are all sorts of implications that can be read into that statement. Nevertheless, you don’t have to be particularly perceptive or indeed attentive to notice that in some areas of this beautiful island all manner of major developments are taking place in a seemingly ad-hoc manner. Take for instance Puerto Andratx a seven minute drive from where I live.

Over the years it has gained a reputation as a sophisticated holiday and second home venue for the (very) well heeled. Indeed, when family or friends visit us from the UK we will always take them there to enjoy a quayside meal at one of the many first class restaurants situated there or just for a drink as the sun disappears over the horizon in the direction of Ibiza. My son and nephew both proposed to their wives at the famous Tim’s Bar overlooking the harbour and to be quite honest I don’t think they could have picked a more romantic spot in the whole of Europe. Nevertheless, if you raise your eyes from the harbour itself you could be forgiven in thinking that you are on the edges of a gigantic building site. Okay, many of my friends who live thereabouts say this has been happening for years and then wax lyrical about the ‘good-old-days’ when the port was unspoilt. Although, it has to be said that they rarely acknowledge their own part in turning a sleepy fishing village into a premier piece of real-estate!

THE CLATTER OF HEAVY-DUTY MACHINERY

However, over the years development has reigned supreme, mostly done with at least a nod in the direction of size and scale, but - you would be hard pressed to acknowledge this in terms of some of the current building projects taking place.

Whether it be vast schemes carved into the hills surrounding the port - or, literally every spare piece of land around and about the place being set aside for some sort of construction scheme there seems to be a frantic desire to build, build, build - perhaps without too much thought regarding either the local environment or crucially, where local people and their families might be able to afford to live.

If you ever get to Puerto Andratx in the daylight hours, there is a constant clatter of heavy-duty machinery in the background acting as a sort of appropriate soundtrack to what is happening around and about the place.

No wonder the town has more estate agents per capita than anywhere else on the island and I am reliably informed that some of the properties cost more than euros 20 million. This does not mean that I and many others don’t love this ‘proper’ fishing port and always will - it’s just that it seems that any sense of appropriate scale seems to have been lost amidst the desire to shove-up new buildings wherever and whenever. Indeed, Puerto Andratx is not the only example of this type of aggressive development, as I am told by friends from other parts of the island similar projects are all too plain to see and seem to be accelerating at a rapid rate. I am also very aware that as I am neither Spanish nor Mallorcan many people might tell me to “mind my own business” - and accuse me of being a NIMBY (Not in my back yard!) but that is how I feel - and I know, that I am not alone in this.

Even at school I was never the sharpest knife in the drawer, but - given the various contradictory Covid protocols coming out of Madrid and Palma, most of the time I don’t know if I am Arthur or Martha anymore. It gets worse. Add to this the fact that we have children and grandchildren situated in England and Wales, each nation with their own set of lockdown measures that are now being re-shaped on a different timeline for specific measures, I have given up even trying to work out what’s happening within our extended family.

You would think that social-media would help information wise, wouldn’t you? Well, in short NO! All it takes is a keyboard warrior of some description in an island based ‘help group’ to get the wrong end of the stick regarding the latest set of governmental announcements and then anarchy breaks out.

The trouble is I find, is that some folk just can’t help putting their own spin on any new protocol or the withdrawal of the same measure. Then we have the conspiracy theorists confusing everybody and everything by writing something sensible for a change, but alas and crucially, it’s also usually untrue! As I wrote before in these columns, it doesn’t help matters when national and regional governments both home and abroad suddenly ‘about turn’ on an intended measure leaving everyone guessing as to what is actually supped to be happening. If you see what I mean? 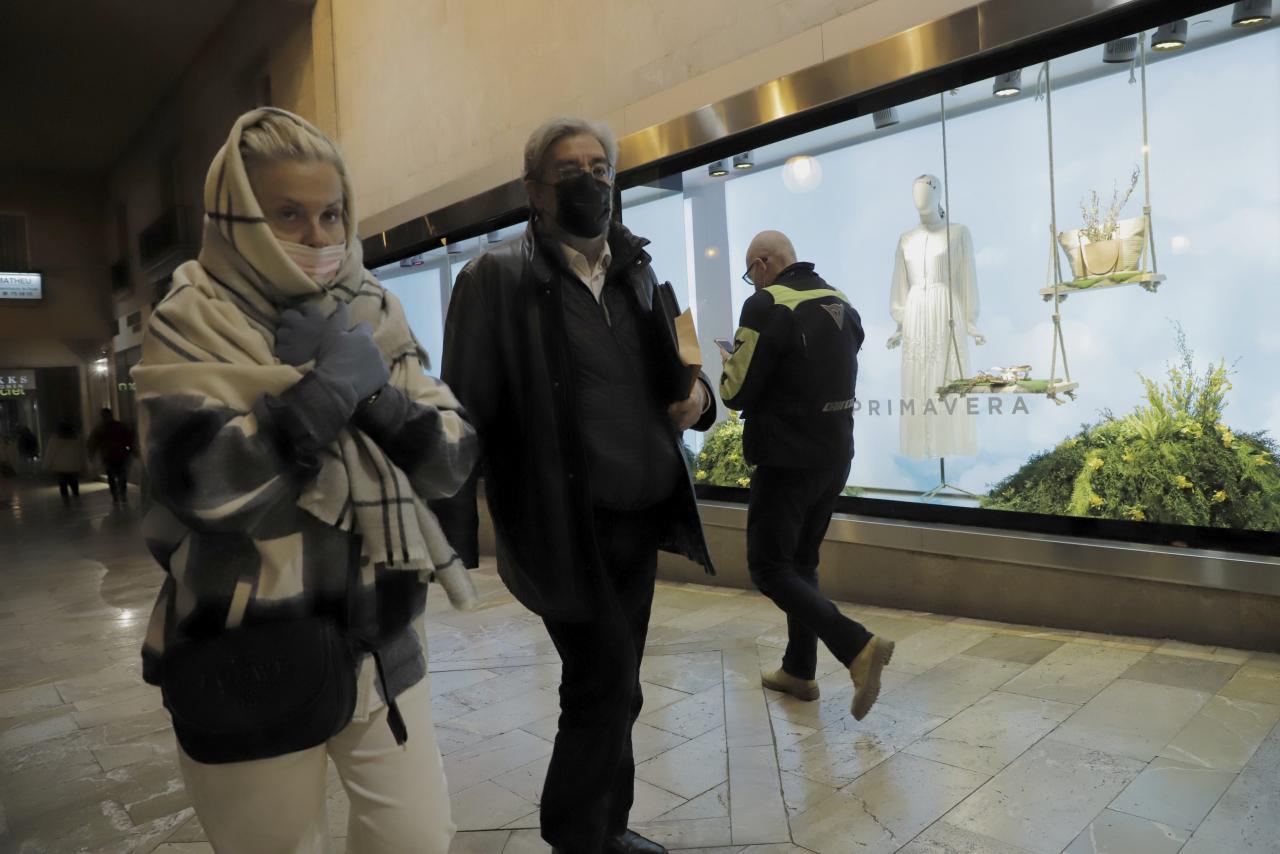 APRIL - FROM SHORTS TO SHIVERING

It seems we are going through a typical - if rather confusing coldish spell of April weather. From ‘Shorts-to-Shivering’ in a few hours, it’s all very confusing particularly in you are holidaying here and nobody told you about how April can be very unreliable weatherise.
A few years ago we had Julie’s sister stay with us during April - and as she has lived in Australia for fifty years she grumbled about how “bloody freezing” it was for the best part of a month. As an Australian citizen living in Perth, Western Australia - she has alas, gained the Australian necessity for plain speaking and when we took her anywhere she made it plain, to all who would listen, that the weather was not “up-to-scratch” in her estimation.
I thought of her the other day when I spied two lonely tourists walking along the sea front of a semi-deserted resort town. She in a ‘wispy’ sleeveless summer frock sin tights - and he in shorts, sandals and wife-beater vest. You’d have to admire their pluck wouldn’t you - in a way?