Confidential: Graffiti: isn't it about time something was done about it? Plus - Mask-less tourists!

Hey tourist! Didn't you get the memo?

the authorities never seem to want to do anything. | REUTERS

Sometimes I am asked what subject comes up the most when talking to people who read my articles in the MDB. From cruelty to carriage horses dragging around tourists in the stifling heat of the summer, to noisy neighbours via the cost of utilities, I find that readers have a wide range of gripes they like to voice.

Nevertheless, I have found recently that the numero uno of things that annoy Bulletin readers is graffiti and the fact that the authorities never seem to want to do anything about this modern day anti-social curse. Glance about you as you drive along Palma’s Maritimo and it’s everywhere and on everything.

It’s as if every outdoor surface urban or rural, right across the island is seen as fair game to the louts who seek to despoil our environment - and yet, this illegal activity appears to be accepted as normal - Why? Don’t the police or local authorities care - are they happy to turn a lazy blind eye to these ‘daubings’ that seemingly cover every kilometre of the islands road systems?

I am told that the people who do this are highly organised and work in close knit units; a bit like a criminal enterprise I suppose. So then, why is it that the police in particular don’t seem to care what these people do and where they do it? Could it be that they think it to be a sort of urban art that enhances our lives, or is it that they can’t be bothered because they take the view that it is a victimless crime?

But is that the case really, because for many of us the defacement of the island is a very important issue that no-one in authority seems to want to confront, let alone do something about.

I would like to thank in particular Bulletin reader Bob Watts of Santa Ponsa, for once again reminding me of just how bad this problem has become in his own part of the island - a problem may I remind you that we all suffer from - and yet never seems to engage the problem solving abilities of either the police or preening local politicians, who’s job it must be to stop this criminal activity. Not too much to ask, surely?

Hey tourist! Didn't you get the memo?

I know that it is easy to become just a little obsessive regarding the pandemic and all its works. Nevertheless, I wonder if I am the only person to notice that very many of the small number of tourists that are here on the island don’t appear to have read the memo regarding the wearing of face-masks when out-and-about? 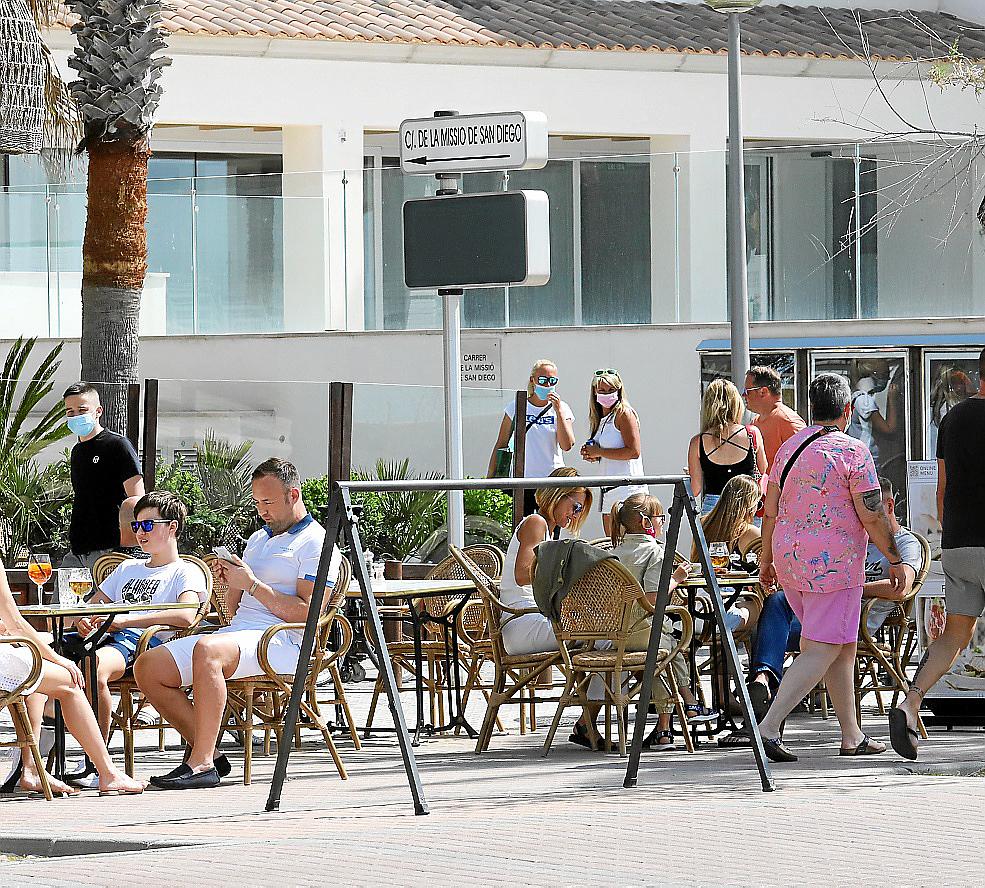 Now then, I was in Cala Millor two weekends ago for the cricket and I barely spotted a tourist, but if you visit some of the ‘posher’ resorts such as Puerto Andratx and to a lesser extent Porto Portals they are quite busy with German tourists in particular and second home owners. In both these ‘ports’ it seems to me that it is only us locals of every description who wear masks as a matter of course apart from when sitting down and eating and drinking.

It’s not that I want our cops to get all officious and start handing out fines willy-nilly - but, at least a nod in the direction of the current Covid protocols might lessen tensions with some locals who are less than impressed with the perceived arrogance of some visitors.

Macho-Moron-Man on an E-scooter is a fairly new phenomenon, but he is becoming a real menace. Last Saturday, we strolled along the seafront locally and because it was such a lovely late spring/early summer day it seemed to me that the whole of the towns population decided on a late morning, early afternoon stroll.

On the impressive walkway the council have constructed, there is a clear definition between ‘walking’ areas and ‘scooter and bicycle’ lanes and for the most part they are adhered to in a sensible fashion. Yet I noticed that almost from the moment we started walking, some scooter riders were determined not to use their allocated lanes and were tearing along at comparatively high speeds weaving in-and-out of groups of pedestrians some with small children. 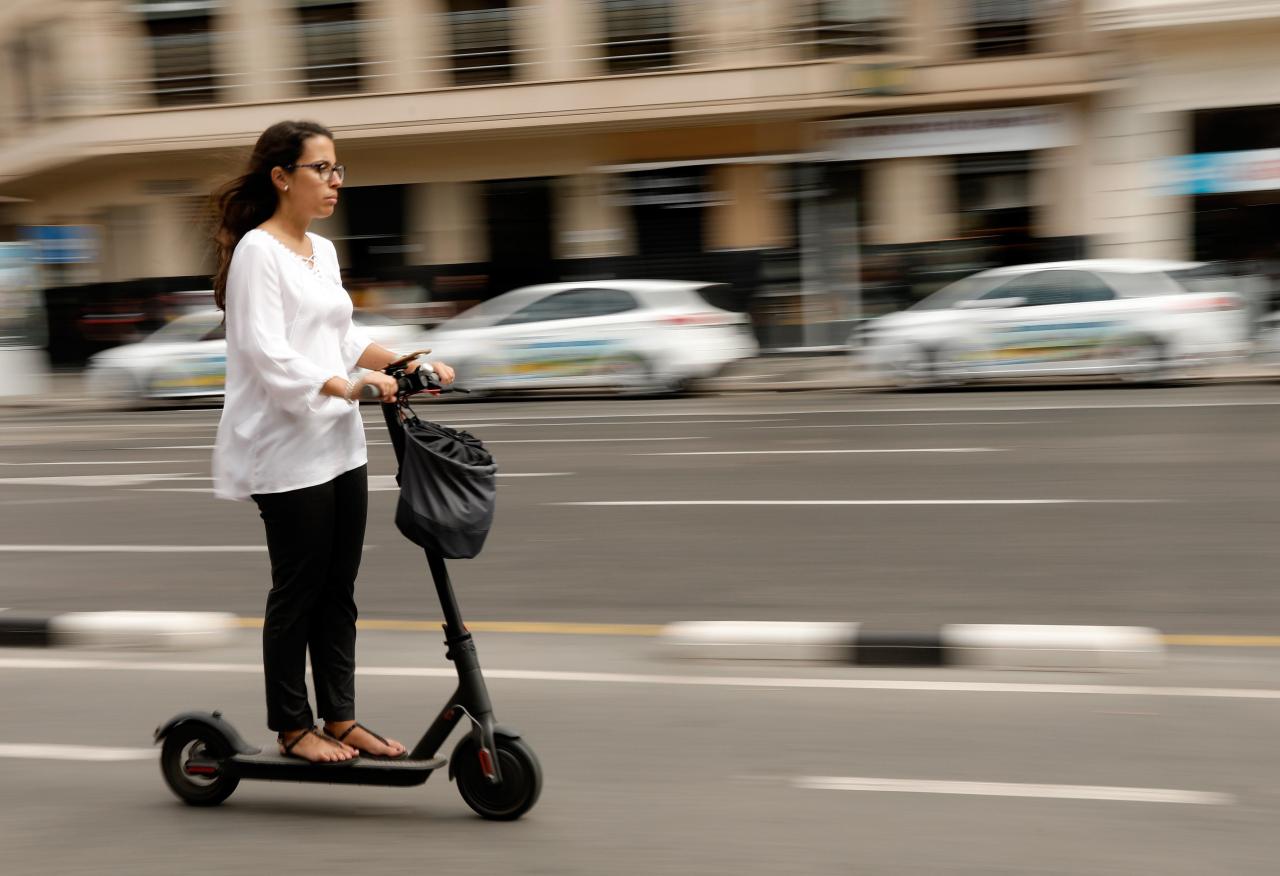 To make matters worse, our macho-man on his E-scooter seemed determined to pass at speed that other unlicensed walkway ‘wally’ i.e. the high speed roller-skater complete with futuristic tight clothing - and cool designer earpieces - presumably, so as to cut out the sound of the screams of small kiddies they have just knocked over. Time to get tough I reckon!

The Pic of the Week

I was fascinated by those photographs of Michael Douglas and Catherine Zeta-Jones and family that appeared in the Bulletin recently. Partly I guess, because we must have had a very alert photographer on hand to take the pics (just saying!) and secondly we have been binge viewing Mr Douglas’s latest Netflix offering of his hugely successful series - The Kominsky Method. So, what with one thing and another - he and Catherine feel just like family at the moment. Isn’t that nice!

Together in the top tier!

As a season ticket holder at Real Mallorca (pensionista division!) I have to say that I am very happy that the team has been promoted back to La Liga after being relegated at the end of last season.

Although I haven’t had the opportunity to watch any games this season with my mate Eric, he is doubly pleased at Mallorca’s success as his English Premiership team Norwich City, were also relegated at the end of that campaign and just like RCD Mallorca have bounced back immediately to the top tier. However, it’ll probably be for the best not to ask him if he’s got a bet on the same thing happening again next year.

felipe | about 1 year ago

Print images of the vandals caught, heavy fines, jail plus they or their families pay for cleaning...

Ken Bryan | about 1 year ago

Frank, Agreed100%. Mallorca is becoming like the Bronx. If we dont stop the graffitti we shall have no tourists in a year or so. The reputation of Mallorca is already damaged on social media. Come on people in Authority, clean the place , paint remover, overpaint, its not difficult. Then catch the vandals and fine them €1,000