No need for covid retail therapy - Plus, your hippocampus and weather woes!

Once or twice a week I like to mooch uptown where we are staying in the United Kingdom to wander around the shops and wave aside all those who would ask “Can I help you sir?” - ‘cos they can’t! Anyway, on my irregular perambulations I have noticed that pretty well all the shops are having some sort of ‘Sale’ at the moment and it is not even the designated Black Friday time of year just yet.

If my memory serves me correctly, that new fangled sale time usually starts on the last Friday in November, yet here we are some three weeks away from that date and almost every shop is boasting signs that suggest 30% - 50% - even 70% savings on their goods. Retailers say that they hope that the early sales will encourage shoppers to start shopping for christmas now to avoid a surge in sales next month that would add pressure to a creaking supply chain.

Nice try! But I wonder if in reality, clothing retailers in particular are witnessing a change in the purchasing habits of many of their customers. For instance I have been reading that Covid-19 and the lockdowns that have followed in its path, has actually dulled the appetites of shoppers rather than making them rush to the shops to spend the money they have saved stuck at home on-and-off for quite some time now.

I understand that there is now clear evidence via sales and so-called ‘footfall’ that the surge in shopping sales of the past decade or so has been stalled by what experts call a reshaping of erstwhile set-in-stone shopping and purchasing habits. Could it be that Covid and all its works has made us all reassess what we think we all need buy to confirm a happy and fulfilled life?

Hey, come on how big is your hippocampus? No, not that - the region of your brain that is vital to memory! Well, it seems that London taxi drivers in particular, have such large and well developed ‘hippo-whats-its’ that they rarely become victims of Alzheimer Disease or other degenerative brain diseases. Apparently, it’s all about the mental tools that they need to “master the tangled streets” and make their way around the highways and the byways of the capital that is traditionally known as - The Knowledge.

Indeed, it seems that if we want to reduce the chances of acquiring this dreadful disease we all of a certain age need to give our collective memories regular and vigorous workouts.

That could mean losing that annoying woman on your SatNav system in your car and actually studying a map and perhaps even memorising various routes to wherever. I suppose that all this is perfectly predictable in terms of mental agility - as in ‘If you don’t use it, you’ll lose it.’ Personally, I try to keep the old ‘grey matter’ revved up and ready to go by watching endless television quiz games.

From The Chase to Pointless …to er, oh - I don’t know do I? Then there is all that finger clicking when you can’t recollect the name of the lead actor in a television series you have been watching for over a month but who’s name escapes you. In future I will certainly be giving my hippocampus a vigorous work out on a regular basis, but in the meantime - does anyone know where I put my car keys?

It’s not often that I can report upon an episode of weather envy emanating from Mallorca in the direction of the UK - but as they say, we live in interesting times! I have been fascinated via my twice daily, online Bulletin fix, where it seems that islanders have been suffering from some rather nasty weather of late. Now then, unlike other people I know, I will not take the opportunity to gloat at high winds, occasional outbreaks of hail that looks remarkably like snow from a distance, nor the grumpiness apparent in most of my Mallorca based chums. 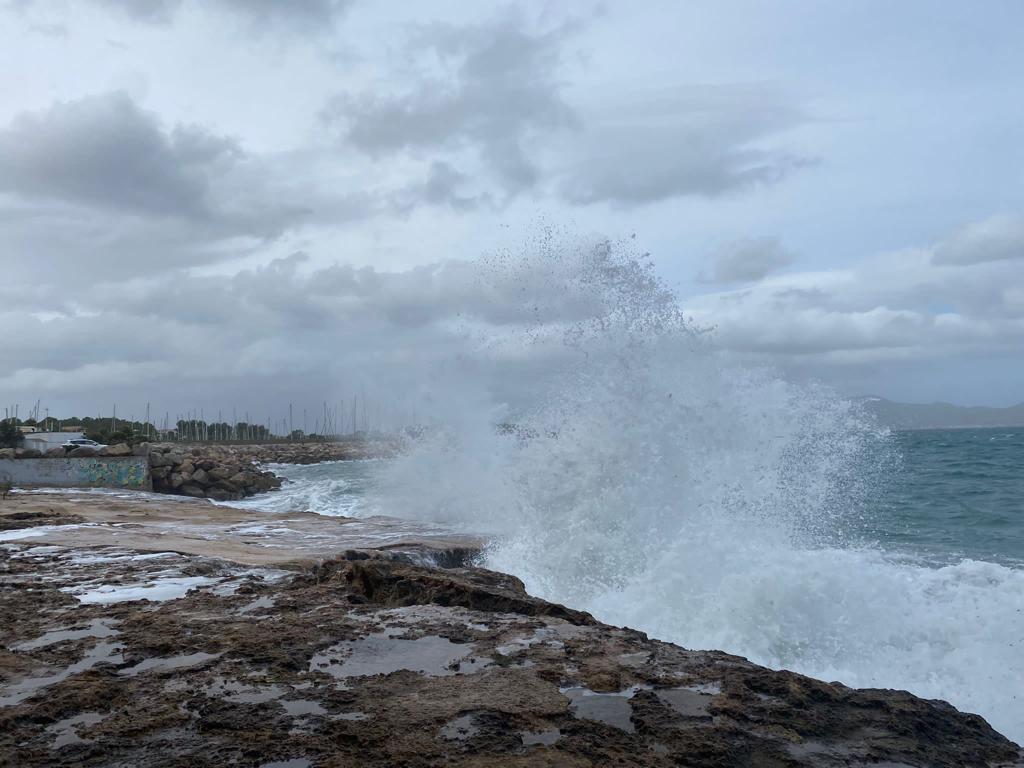 Indeed, what I find in the UK is that people tend to over dramatise the weather in a quite remarkable way. For instance, neighbours are always banging on about what a bad summer it has been and autumn has been disappointing weatherise. Really? I don’t want to sound critical - but in all honesty, the weather hasn’t been that bad at all. I reckon that Brits are so practised at complaining about the weather being bad, they still do it when it isn’t - if you see what I mean.

It’s a sort of overt pessimism that wilfully ignores what is actually happening weatherise. For instance, I thought October was lovely, yes okay - the occasional part rainy day, but come on I can’t remember one day in the past month when you couldn’t get out of the house for some time at least. Moreover, I’ve noticed that when it does rain, it REALLY rains hard - but, mostly the weather is what you would expect in this part of the world at this time of year. So Brits…please stop moaning!

Apropos nothing - I have just found out the definitive list of generational terminology and I’m quite beside myself! We post war ‘baby boomers’ were born between 1945 and 1965 - so many of you out there are not quite a cool as you think you are! Generation X arrived 1966-1979 - Generation Y 1980-1995 and those born after 1995 are Generation Z or Millennials because we’ve almost run out of alphabet for them.