Just as we were thinking that our problems were all behind us!

Just as we were all thinking that the worst of Covid-19 was behind us, Russia decided upon launching an unprovoked attack on Ukraine and the unthinkable has happened i.e. Europe is on the edge of war for the first time in eighty years.

However, this week in my ‘Confidential’ column I will be desperately trying to find lighthearted subjects in which to engage myself in. Once upon a time I was a committed ‘news junkie’ - nowadays not so much, as I actively try to stay away from listening or watching news bulletins; I wonder if I’m alone in this? Anyway, this week I am determined to seek out the irrelevant, the nonsensical, the obtuse, in which to try to entertain you.

First up we have the story of a marketing executive who was apparently unfairly dismissed by a holiday park company after bosses said she was poor at winning ‘likes’ on social media. Clearly winning ‘likes’ is a serious business and if my experience of Facebook is anything to go by, a ‘like-less’ post can be most dispiriting, especially when you do your best to ‘like’ all manner of other rubbish that appears.

Admittedly, this might be something to do with expecting a return ‘like’ and when you don’t receive one after posting a particularly impressive piece on nonsense whilst pouting into the bathroom mirror or taking a pic of your dinner things can turn very nasty indeed. So you know what to do don’t you? Yes, that’s right, give up social media!

So Long and farewell old chum

I know that I’m somewhat of old fashioned bore when it comes to many things in life, but mostly I stick to the well fashioned and age old routine when it comes to signing off an email or letter (remember them?). Mostly this amounts to the following - Yours Sincerely - Truly - Regards - etc, you know the sort of thing don’t you? Anyway, it seems that many people have stared to sign off emails ‘KR’ as in Kind Regards.

Personally, I reckon that this salutation should surely only be used after Hull - as in Kingston Rovers in rugby league terms, or is it just me? However, it has been pointed out to me that I have started to engage in a sort of minimalistic snobbery as I’ve started to sign off any email with just a self important ‘F’ at its conclusion. Anyway, yesterday I ‘Googled’ famous sign-offs and came across the following.

For instance F. Scott Fitzgerald telling Ernest Hemingway he was “Always your stinking old friend”. My favourite came from an unexpected source - it seems that The Queen Mother would sign off letters to close friends and families during the war - “Tinkly tonk old fruit and down with the Nazis.” 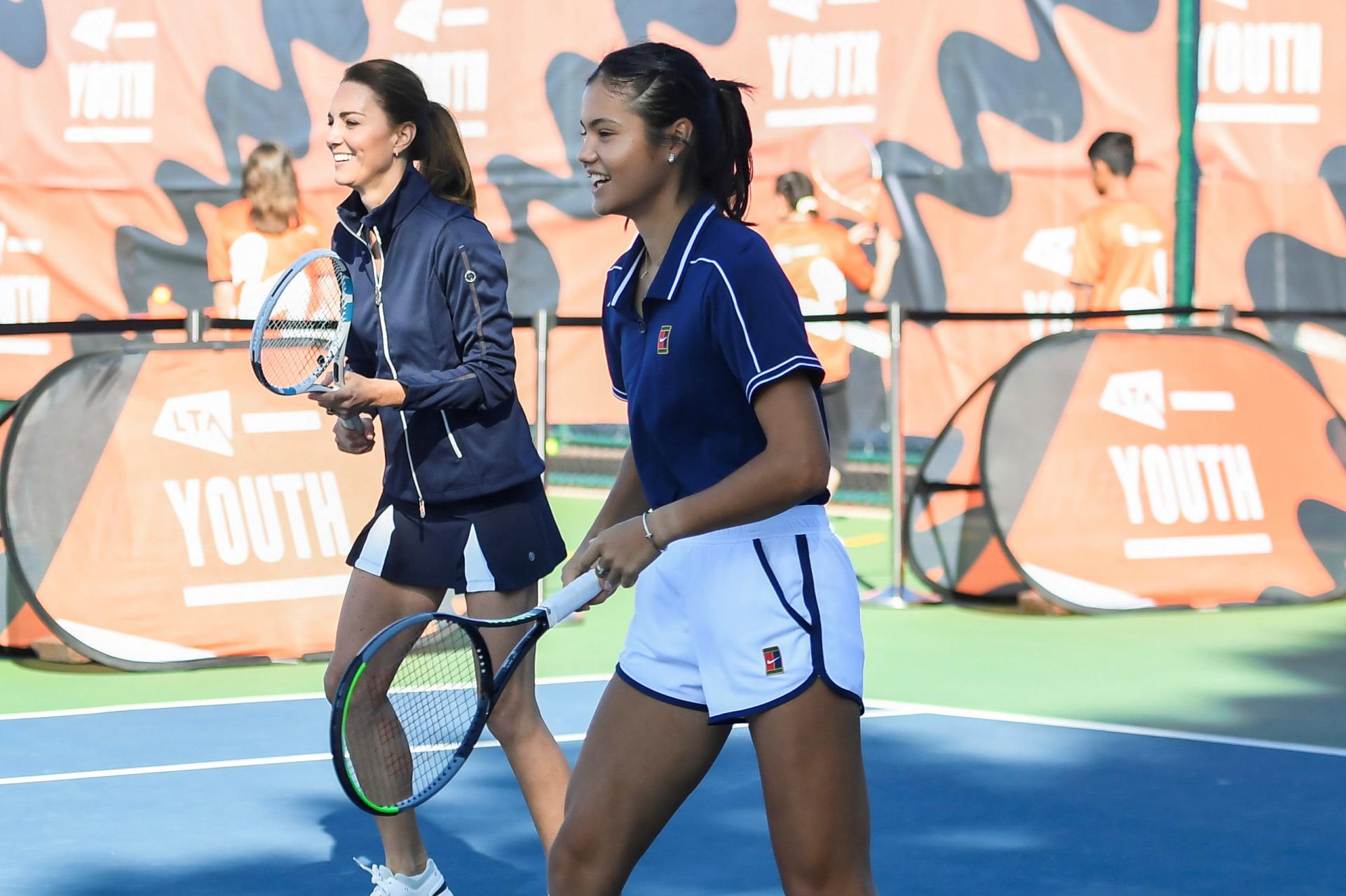 I have transported my enjoyment of tennis in the meantime from Mallorca to middle-England and all seems to be going fine so far. Apart from the sport (at my level) being far more structured than playing with my mates on Andratx’s municipal courts, there are a heck of a lot of new people joining tennis clubs and generally taking up the sport I’m told.

Here in the UK it is known as the ‘Raducanu effect’ after that beguiling young lady won the US Open Championship despite being a pre-qualifying no-hoper. The club I have joined i.e. the East Glos Club, had approximately 1,400 paid up senior members until Emma R won the US Open, then the membership leapt almost 1,800 members overnight.

Part of this could be put down to ‘lockdown blues’ when everybody just wanted to get out and about and do something physical or sporting - anything! Nevertheless, either way, this pattern in tennis club membership has surged unexpectedly over the past few months, so much so that I’m told that there aren’t enough courts to go around. Mind you, I do miss my tennis (and Padel!) sessions with my Mallorca mates.

Indeed, the bi-weekly ‘mix-in’ sessions are oversubscribed to such an extent that some members are threatening an attempted coup at the upcoming AGM - its all very exciting, I can tell you. Would you like another tennis story? Okay then - years ago I was surprisingly elected Chairman of a tennis club in Cardiff.

After my rather sudden elevation, a grizzled old member approached me at the bar - and maintained that - “Frank you are the worst tennis player ever to be elected Chairman of this club” which cheered me up no end!

Peaky blinders - Birmingham is the best 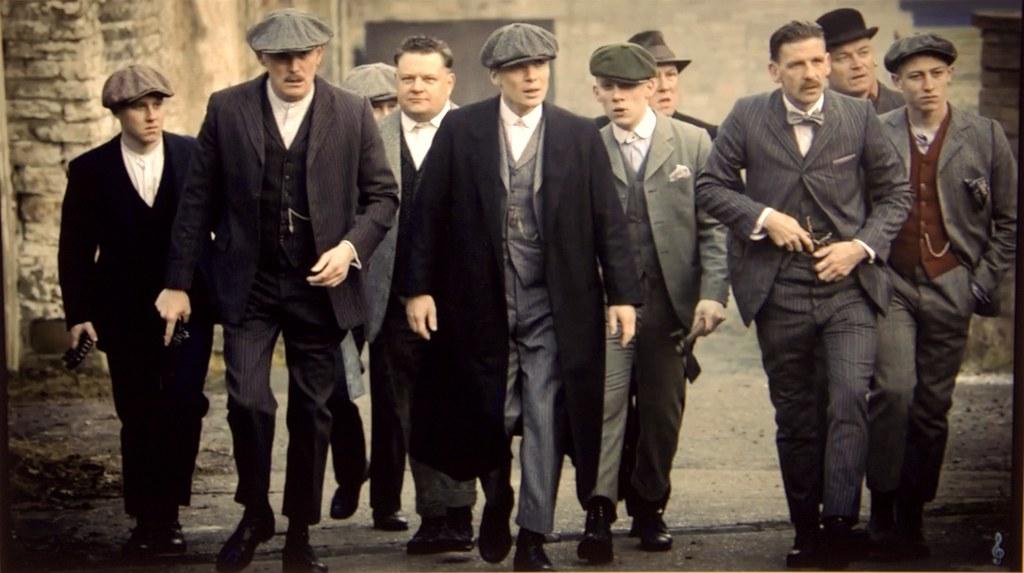 You know when you’re getting older, because things such as the drama Peaky Blinders (mainly based in 1920’s Birmingham) reappearing on a Sunday night fills your heart with joy. Interestingly, I was reading an article by its creator, Steven Knight, who maintains that we English have a ‘cultural cringe’ mindset that stops musicians and writers making songs and television series about the country’s less glamorous cities. In other words a sort of artistic snobbery, not at all assuaged by soaps such as Coronation Street or Emmerdale.

Although it has clearly got a lot better over the years, from the time that all lead actors had a middle class drawl or cockney accent wherever they came from - English regional accents have never been considered sexy or educated whoever delivered the lines. Indeed, when you consider that Birmingham is England’s ‘second city’ in terms of population, finance and productivity, it and other centres of population barely gets a mention in United Kingdom terms.

For instance, If you didn’t know that The Commonwealth Games are set to come to Birmingham later this year, you wouldn’t be alone I’m afraid. I do have to say though, things have improved over the past decade or so, with not everything in English/British cultural life seemingly springing out of a few square miles of our capital city - London.