How things have changed in two short weeks!

Is it me, but am I the only person that thinks that television advertising slots are getting longer-and-longer? | CCL

As I write a weekly television guide for the Bulletin and also actually like watching television most of the time, I am told that I have a number of extremely irritating habits whilst sat in front of the box. Indeed, so much so - that a woman I know will often refuse to settle alongside on our sofa of an evening for a number of apparent reasons.

Firstly, it seems that I am unimpressed by complicated and obtuse plot-lines and will share that irritation, not only by shouting at the screen, but by randomly switching channels as we approach “a really good bit.” Then there is my minor obsession with certain channels above the 347 mark on our televisions (no, not those channels!) and obscure ‘Arts’ programmes where I attempt to follow what some smart-Alec presenter is trying to explain to me about the lesser known Dutch masters….Oh, do keep up! However my biggest beef of all is adverts.

Is it me, but am I the only person that thinks that television advertising slots are getting longer-and-longer? I sat and watched the first episode of the remake of The Ipcress Files on Sunday night and apart from not understanding the plot - at all, the ads just went on for ages and ages - so much so that I started idly flicking channels, another of my annoying habits apparently. Could it be that with Netflix, Amazon, and all the others being ad-free alongside the BBC’s output, we have all become increasingly annoyed by adverts interrupting our televisual choices?

Nevertheless, I suppose if you don’t pay to watch (or subscribe to the licence fee) perhaps we shouldn’t complain. As a chap who also enjoys listening to the radio at certain times of the day, if I should stray from the BBC’s national and regional output, the imposition of jingle led ad-breaks always sets my teeth on edge. Then there is the undoubted targeting of an audience in terms of advertising content.

Cool and cutting edge for some ‘yoof’ programming, whilst daytime television audiences (not me of course!) will be targeted by what I call ‘coffin dodging’ advertising, such as ‘Do It Yourself Funerals’ chair-lifts and ways in which to hang onto your money so that it can be better spent by your ungrateful kids and the like. All this complaining about the television is nothing to do with having to pay for a costly television licence for the first time in over twenty years unlike most of you reading this. Bitter moi?

It’s a funny old world isn’t it? Just a week or so ago, most of the UK’s newspapers and other independent news outlets were, as usual, having a pop at the BBC for - well, almost anything really. From overpaid presenters to so called ‘leftie’ sentiments in their news and current affairs output, to the government minister responsible making veiled threats as to ‘Aunties’ future via the television licence fee and beyond. Indeed, to make things even worse for the corporation a number of their star editors/correspondents have been making their way to, one must assume, better paid jobs without the grief that working for the BBC tends to attract.

How things have changed in two short weeks! Since Russia invaded Ukraine the BBC has been doing what it is best at doing i.e. reporting the truth from war-torn countries in the path of physical danger at every turn. This is not to say that say ITN, SKY News or Channel 4 News are not doing an admirable job of reporting the unexpurgated truth as well, but the BBC does have the means and the know-how to report professionally and clinically the truth whether it be welcome or not.

During this current conflict I am reminded of a quote that former Russian leader Boris Yeltsin uttered about the BBC when his regime was in danger of a military coup seeking to overthrow him and his government. When asked how he kept in touch with what was going on in his own country during this attempted rebellion he answered unequivocally “The BBC, where else?” Perhaps we should all remember that plain fact when yet another tabloid or headline seeking government minister wants to denigrate the best news service in the world - bar none.

My kind of town!

I was reading an interesting story just yesterday regarding a number of small coastal towns around England where the residents are complaining that the growth of holiday and second homes are making their communities ghost towns. 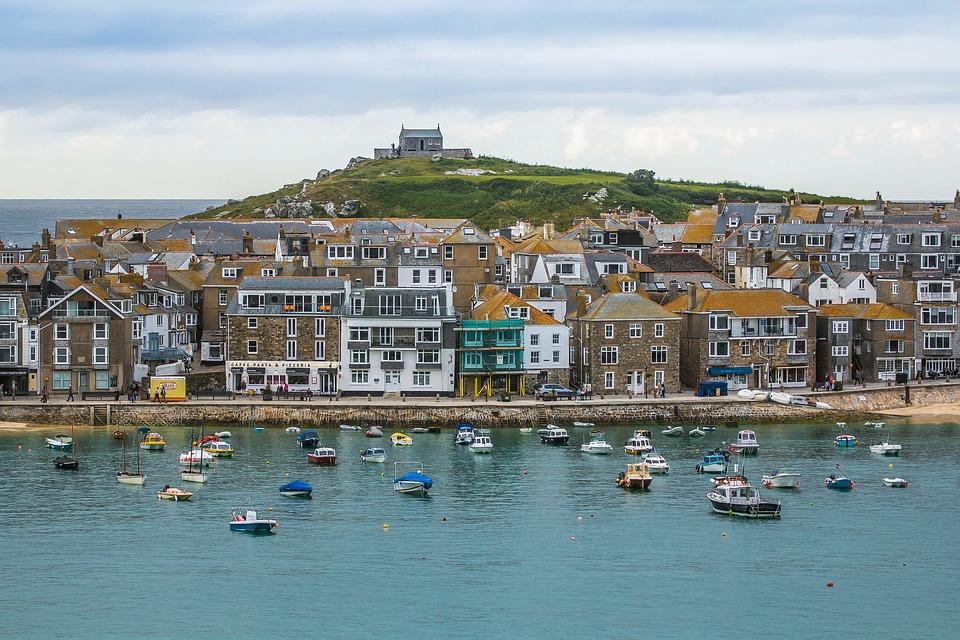 Local councils are under pressure to come up with so called ‘Neighbourhood Plans’ to ensure that they don’t just stand by and let these places become empty apart from weekends and summer months. The main difference in approach from those involved in either direction - locals say that they’re being priced out of their own towns and villages, whilst ‘outsiders’ argue that they bring cash in and shore up local businesses such as restaurants and pubs.

Indeed, those who know about these things say that things are becoming more-and-more fraught because the pandemic has persuaded many big city dwellers with salaries to match are being drawn to small local communities, which has exacerbated a problem that has been around for some time. Clearly things have not become as bad as when militant activists in North Wales in the 1970’s and 80’s would burn holiday homes as a cultural as well as financial kick-back at those who they saw would change their communities forever. Reading my Bulletin online I have noticed that similar stresses and strains that have mostly lain dormant in the past are now being rehearsed once again in Mallorca.

Clearly, this is not quite the same situation as in parts of the United Kingdom - but as I have written before, those campaigning for limits on second homes in Cornwall for instance - have a very similar approach to those who are unhappy about foreign house purchasers in the Balearics.