I'd quite forgotten about what happened in London in 2018 until seeing a photo that jolted the memory. There was a shindig at the Savoy - the Gala Awards Dinner for the British Guild of Travel Writers, around 300 or so of them. Curiously, invitations to this glittering occasion had been sent to, among others, President Armengol; the tourism minister Bel Busquets; the president of the Council of Mallorca, Miquel Ensenyat; and the councillor for economic affairs (including tourism), Cosme Bonet.

One says curiously, as the Balearic agency for tourism strategy, Aetib, was a sponsor of this dinner, meaning that the tourism ministry was partly footing the bill, and so the ministry was, for instance, inviting its own minister.

The government was at pains to explain that Aetib had gone for the 'bronze' option, i.e. the cheapest - 15,000 pounds. So, in the tourism promotion scheme of things, this was far from lavish expenditure. At the current exchange rate, you could bronze-sponsor 104 travel writers' galas for what it would have cost to name Real Mallorca's stadium Visit Mallorca for two years.

The dinner was the first London occasion when Bel Busquets had the chance to shine - the only occasion, as it turned out. It coincided with the World Travel Market (promotion in itself of course), during which the tensions between her and Armengol were apparent. Francina had never wanted Bel to be minister after Biel Barceló resigned at the end of 2017. But she and PSOE were forced into accepting her; if not, then Més were threatening the harmony (sic) of the coalition.

Of those on the guest list, at least two were none too pleased to have received invitations - Francina Armengol and Cosme Bonet, also a member of PSOE. Armengol didn't attend, and Bonet only did so after a good deal of arm-twisting. During his stay in London he had a face like thunder, which was largely due to the fact that no one had apparently told him about the dinner - until the invite arrived.

The Council of Mallorca didn't have tourism responsibilities that it now has, but it had some, and these did include input to tourism promotion. Bonet finally relented and put in an appearance at the gala, despite having had no advance notice of what the ministry was intending and also despite the fact that he thought it was a waste of money as well as having been an encroachment on the Council's responsibilities.

It was never clarified if Francina knew in advance what Bel and the Aetib agency had in mind. But her absence from the gala spoke volumes, especially about the tensions with Més over tourism policy. Although she hadn't wanted the tourist tax (this was another Més insistence), her relationship with Barceló was good enough. His departure signalled a deterioration in PSOE-Més relations, and the stadium naming-rights fiasco proved to be the nadir; almost, anyway.

The gala dinner was this fiasco in reverse. It was PSOE who weren't advised, whereas Més knew nothing about the deal with Real Mallorca. The London event was very much a Més affair, and the photo here highlights this. Included in the photo are five members of Més - Jaume Alzamora of Aetib (second left), Bel Busquets (fourth left), Miquel Ensenyat (fourth right), Antoni Sansó, the tourism director-general (third right) and towering over everyone at the end, Lluis Apesteguia, who was then employed by the tourism ministry. Alzamora and Apesteguia were two of the fiercest critics of the naming-rights proposal. 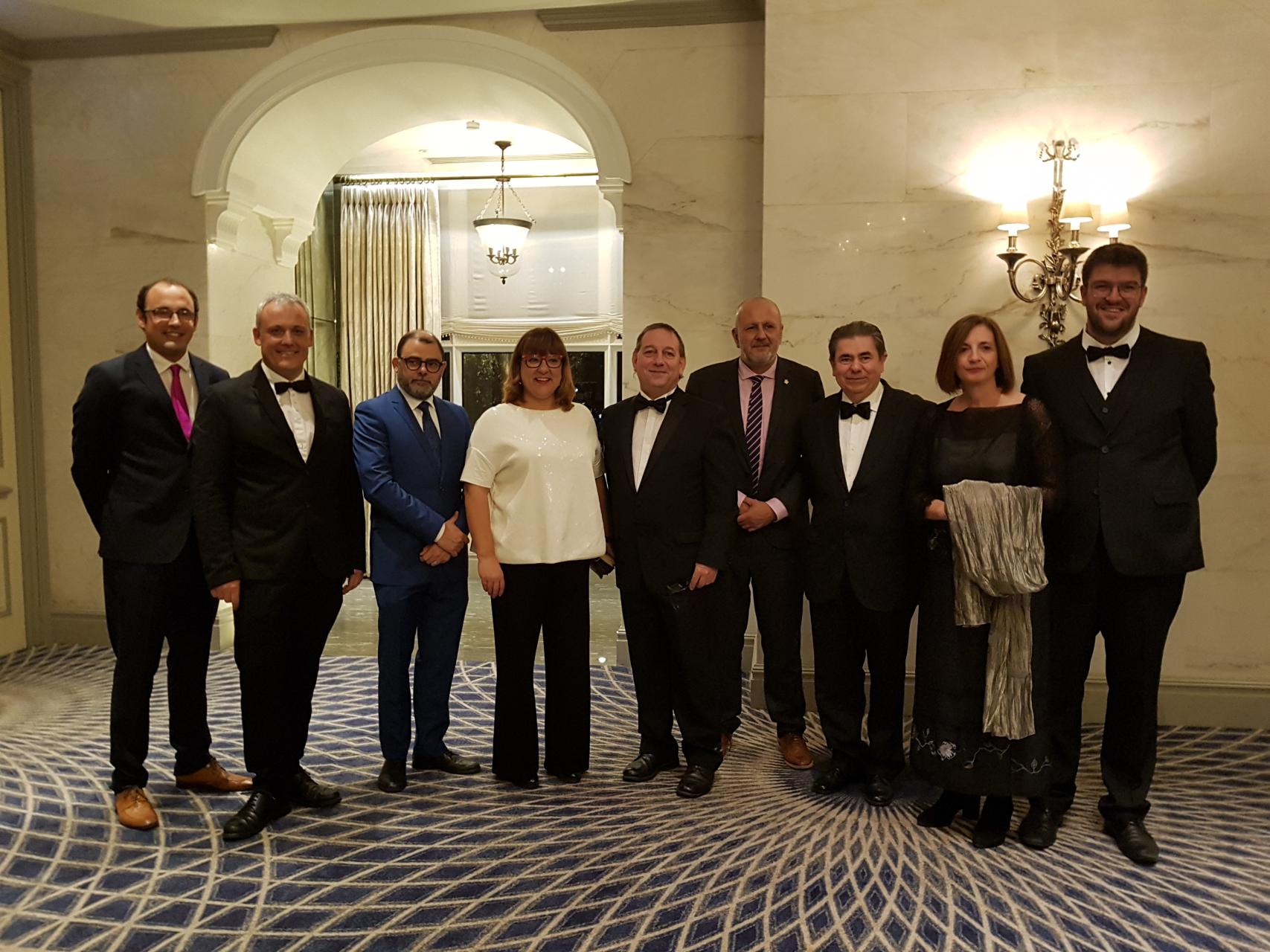 The chap third from the left is Cosme Bonet, looking suitably hacked off in a photo that is now somewhat ironic, given what happened with the stadium. But although he wasn't in favour of the dinner sponsorship, was it such a bad idea? Busquets was to tell her audience that Mallorca and the Balearics are "perfect for spring, autumn and winter holidays". "I hope you visit the Balearic Islands and write about our islands as a place that offers much more than sun and sand."

Did they visit? Maybe some did and maybe they had an impact; that's how it tends to be with promotions, as you never really know how effective they are. The promotion was about addressing seasonality, as promotion had been when the Partido Popular were in government. Partly for austerity reasons, the PP trimmed the promotional budget drastically and used what remained for low-season campaigns. Which is how the current government see things. It was how Busquets saw things. And it did only cost 15,000 quid.