The local police in Calvia today announced that there will be special traffic controls in the municipality on Christmas Eve and Christmas Day as well as on New Year’s Eve and New Year’s Day.

These will be controls specifically to check on alcohol and drugs, the aim of them being to avoid accidents on days when the volume of traffic intensifies, especially for short journeys within the municipality. The police are asking for everyone driving over the holiday period to do so responsibly.

And this plea applies to drivers across the Balearics. Security has already been stepped up in and around busy shopping centres and the centre of Palma, while on the roads the Guardia Civil Traffic department has mounted its annual crackdown on people driving under the influence of alcohol or drugs or both.

There is also a much greater presence of security agents at all points of exit and entrance, in particular Palma’s Son San Joan airport. That is not only to tighten security but to also help reduce the number of problems over the peak festive travel days. 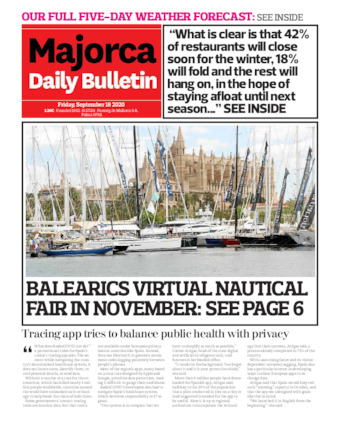