While the suspects appeared in court, the Guardia Civil displayed the drugs seized. | Ultima Hora

Eight people arrested in Majorca following Wednesday’s drugs operation by the Guardia Civil were in court in Palma yesterday.

There was heavy security as they arrived.

Operación Cróatlo, named after the scientific term for rattlesnake, involved a number of raids, one of which was in Lloseta.

A cocaine laboratory at a finca on the outskirts of Lloseta had been operational for nine months. The raid at the premises uncovered an air rifle, a balisong (butterfly knife), a knuckleduster as well as some 10,000 euros cash.

In all, nineteen people are under arrest.

Three of these in Colombia, which is from where cocaine was being shipped to Majorca. 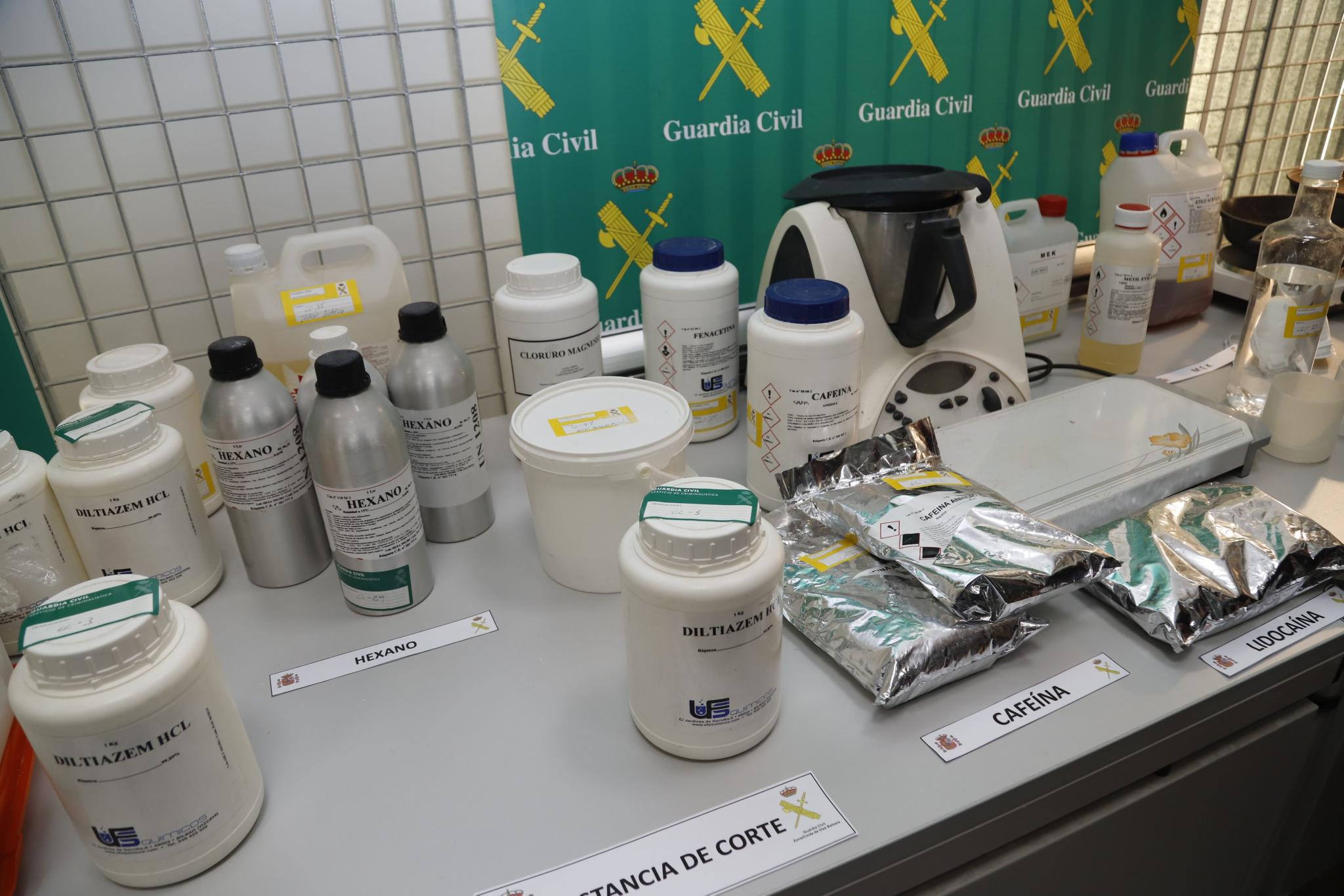 The operation resulted in the seizure of 3.5 kilos of cocaine, quantities of cash, three cars and a tractor unit for hauling loads.

The investigations had started in Majorca in early 2018, when cocaine was found to be being smuggled into Majorca on lorries that were coming from the mainland.

The drug was arriving in containers on ships from Colombia that were destined for different Spanish ports.

In June, 80 kilos of cocaine were seized by Colombian police at the port of Buenaventura.

It was also revealed by the Guardia Civil, which carried out the operation involvimng over 100 officers, that one of the suspects is apparently a driver for the EMT Palma public bus service.

Once again Excellent Achievement from the Guardia. Please keep searching for these Drug Dealing Scum.