Ottilie Quince out training along the sea front between Puerto Pollensa and Alcudia for the Time Trials. | MDB

Ironically, today is the end of Organ Donation Week 2019 in the UK, and Luton-born and bred cyclist Ottilie Quince has just finished recovering from competing in the World Transplant Games at her home in Puerto Pollensa, where she runs a flourishing cycling business.

Now she has her energy back, Ottilie, while trying to break in her newly ‘adopted’ kitten, has also been adding her three gold medals from the recent Worlds in Newcastle to her collection. In all competitions - British, European and World - she now has a total of 35 gold medals, and she will be going for more in the European Championships in Dublin next year and then the World Championships in Houston in two years time.

Ottilie’s story is amazing and inspiring. When she was 24, Ottilie found out after a routine check-up that she had a severe kidney disease, meaning her kidneys worked only at 20% of their capacity. Doctors told her that she had six months to get a transplant or she was facing a lifetime of dialysis rounds. 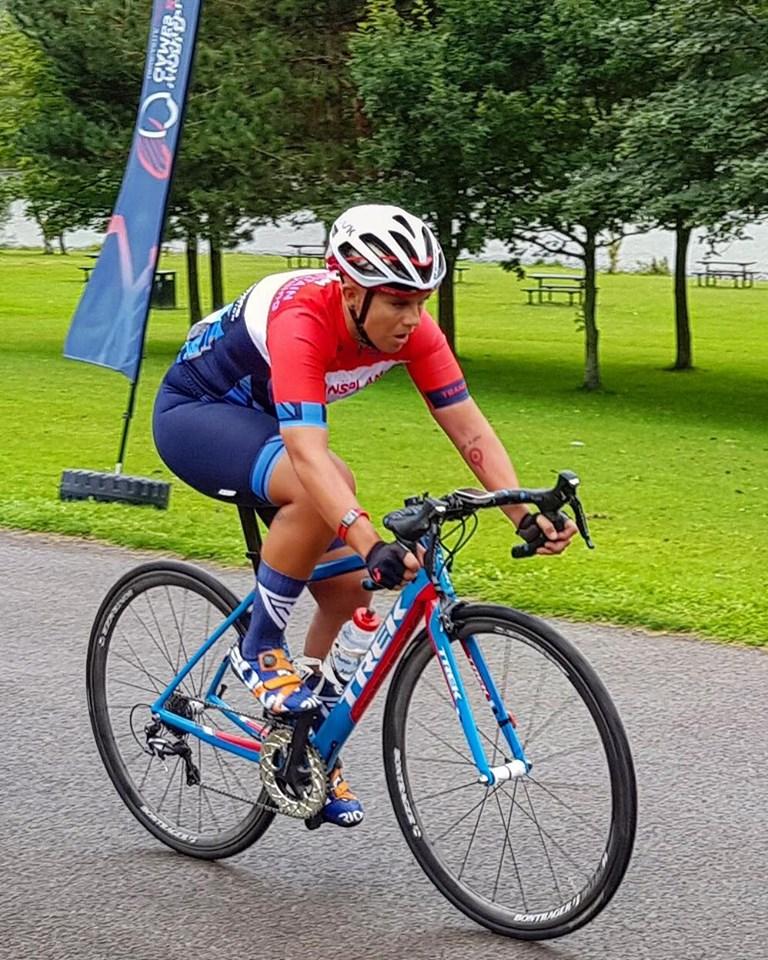 The first possible donors were the members of her family. Ottilie’s father, however, had only one kidney left at the time, as he has donated the second one to his brother years before. So it was down to Ottilie’s mother and three siblings. However, when her family undertook the examinations to find out who would be the most suitable donor, it turned out that her eldest brother was born with one kidney missing. It was naturally a very stressful period of time, but in the end Ottilie’s mother was chosen as the best match. The transplant was a success.

Now, years later, Ottilie Quince is a multiple world championship winner in World Transplant Games, a sports commentator and a sports therapist. If she can, she will be off to commentate on a cycle race in Malaysia before the year is out.

She used to be a football player for her beloved Luton Town women, but after her kidney transplant she was told to switch to another sports discipline (as football was too dangerous for her). That’s how cycling came in. In 2010, Quince entered a British Transplant Games race, just to see what it was like. While doing so, she won a gold medal both in the road race and time trial and later joined the British Transplant Cycling Team.

She is now captain of the Team GB and also an idol for younger transplant cyclists from across the globe - as she found out in Newcastle. 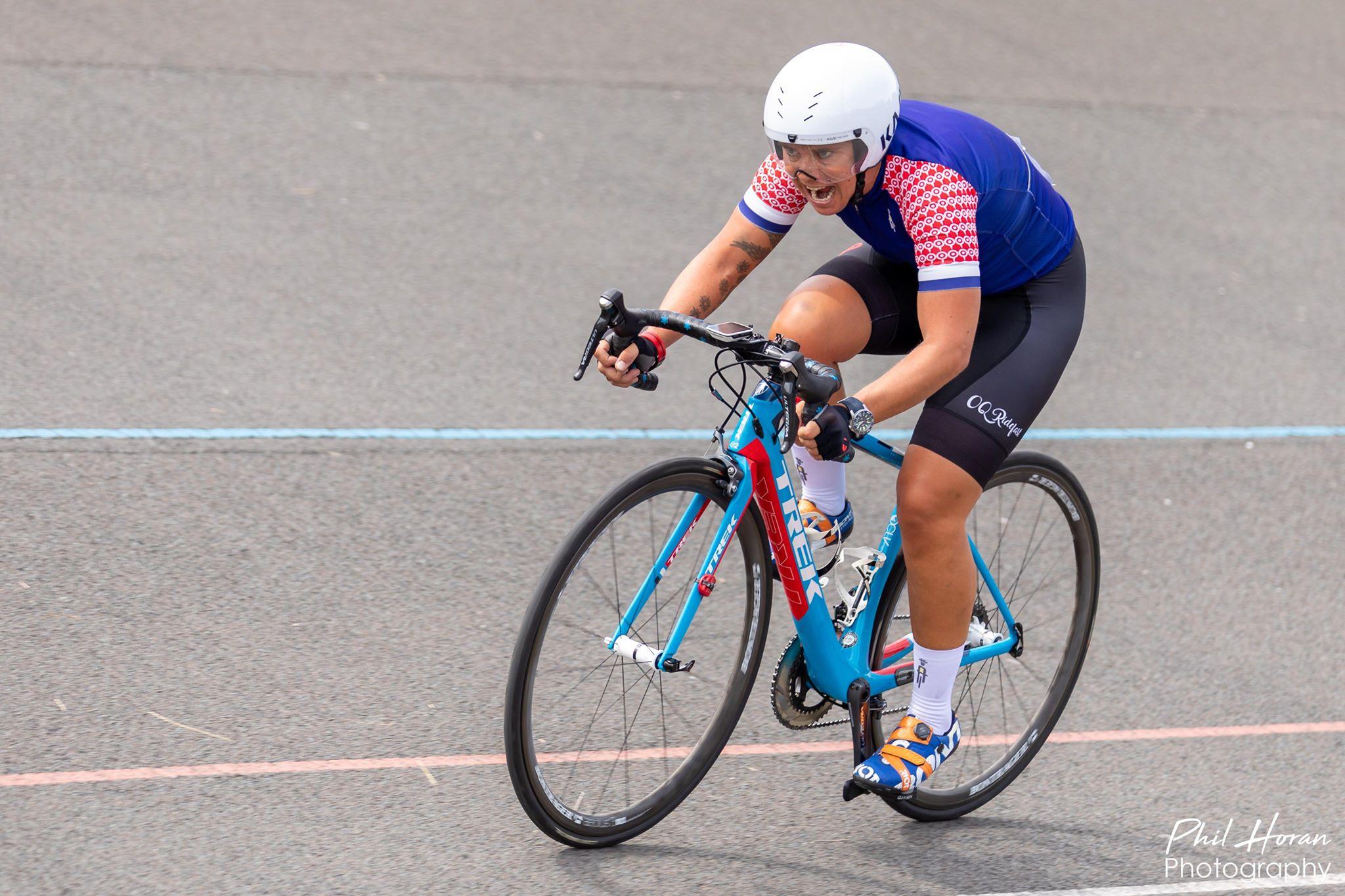 "It was kind of odd because in the races all of the other cyclists, most of them much younger than me, were waiting for me to make the move; they were waiting for me to show them the way. On the one hand it’s great that I can help to encourage and inspire younger generations; on the other it was boring because I am naturally competitive, I want to win. So while I was having to bring the girls together at the front, I also had to make sure that I was always in the right position to make the surge for the leads when I needed to."

Fortunately, it all paid off and apart from the gold in the Individual Time Trial, in which she was crowned the fastest female transplant cyclist in the world, she picked up two more in the Road Race and the Mixed Team Trial, the first time the latter event had been held.

She has now picked up eleven consecutive golds and she’s not giving up. "Sadly, in the run-up to the games, two of my colleagues and team members died. Just because we’ve all had transplants doesn’t mean were cured. Far from it. But Majorca and cycling are keeping me alive.

"I first came across Majorca when training for the British team. I would come out twice a year, and in May 2015 decided that this was where I wanted to live. Just under two years ago, I set up OQ Service Course. Apart from working as a physio, I operate guided cycle tours and I help cyclists of all levels from beginners to professionals; I have my scooter to go out and help the pros stay in shape when they come training here.

"And I have made sure to get stuck into the local culture and community. I’ve learnt the language, now I’m working on my Catalan. I think it’s vital to become part of the local lifestyle, otherwise what’s the point of being here or living overseas. Majorca lends itself to living a healthy life, and the combination of my work and my love for sport, especially cycling, helps me to keep fit. It helps me to look after my kidney, which my body is always trying to reject. Being here in Majorca enables me to keep fit, out of hospital and alive. I still have to have regular check-ups every 12 to 16 weeks. Some I carry out here - the doctors are amazing - the others in England.

"Sadly, I have to keep both camps open because at some stage I am going to need another transplant and it’s going to come from my middle brother who is married and settled in the UK, so the operation will have to be carried out there. I wish I could do it all here, but that’s going to have to wait until the time comes, whenever that may be.

"Training for the Worlds this year was a bit complicated because I was guiding. When I am training it’s power or sprint rides of five to ten kilometres; when I’m guiding I am out at a slower pace and can be covering 120 kilometres in a day. So I only had a solid five weeks of training and, thanks to Pedro at Niuwave cycles who lent me a time trial bike, I was training every day along the sea front from Pollensa to Alcudia. It’s perfect because it’s five kilometres in each direction, the perfect 10 for the race.

"But that goes for the whole island. Majorca’s flats, hills and mountains make it the best place in the world to cycle and for the professionals to train. That’s why most of the best teams in the world come here, not to mention clubs and individuals who come to me for help and guidance.

"It’s been hard to let everything from the games sink in while trying to get all my energy back, but I’m in good shape. Cycling keeps me fit and healthy, and now it’s back to running my own business and getting ready for the winter cycling season. Bring it on - OQ Service Course is at your service."