Spain's acting prime minister said he would visit Barcelona today to see police injured in protests that have racked Catalonia and accused the region's pro-separatist leader of failing in his duties. 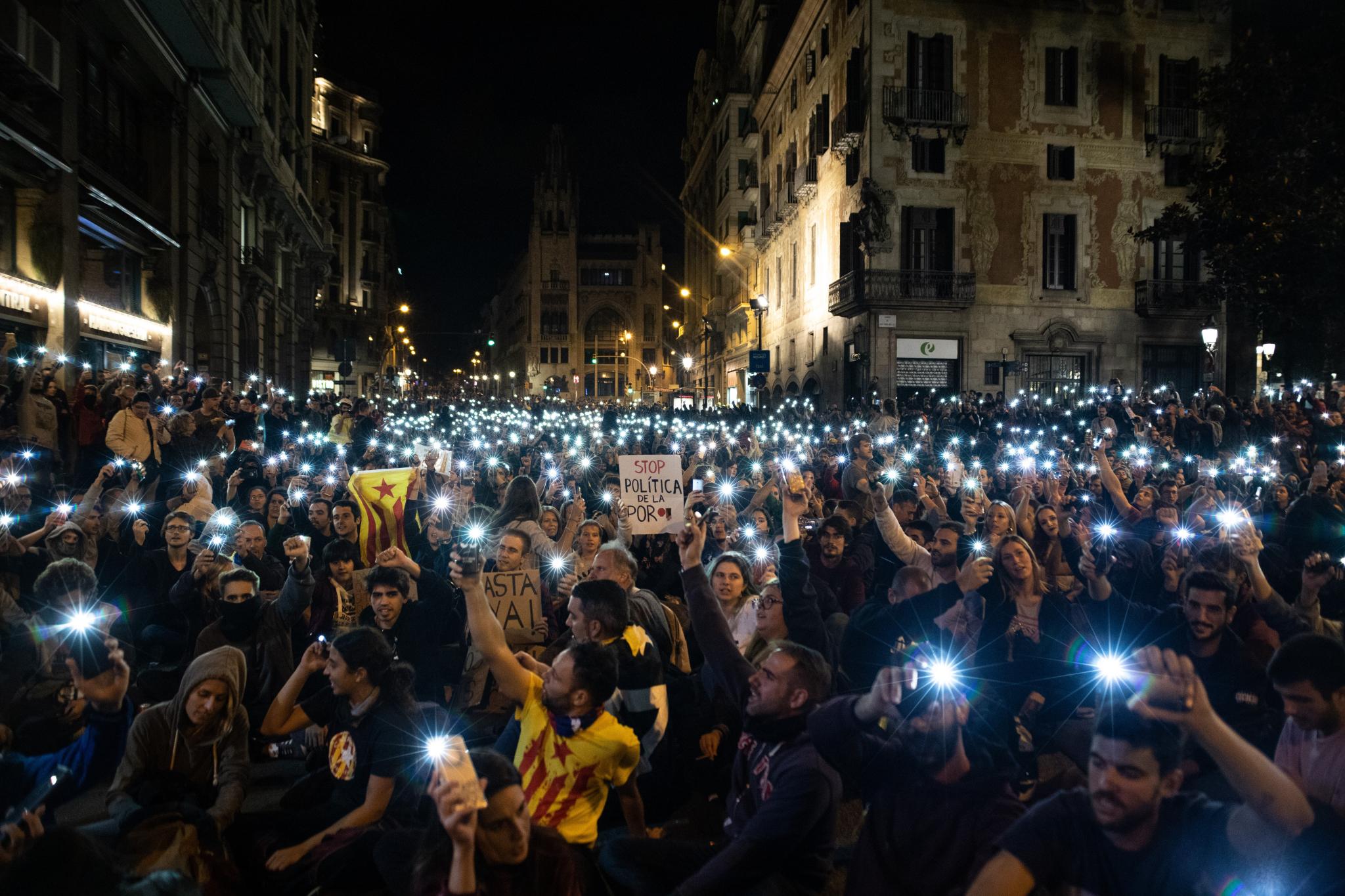 In a toughly worded letter, Prime Minister Pedro Sanchez said Catalonia's regional chief Quim Torra had "turned his back" on the embattled security forces and reiterated that he needed to condemn forcefully the recent unrest.

Barcelona has been hit by seven consecutive nights of sometimes violent protests following the jailing last week of nine Catalan separatists found guilty of sedition over their role in leading a failed 2017 drive for independence.

Sanchez told Torra that his job as head of the regional government was to protect public safety and ensure a harmonious co-existence between the pro- and anti-secessionist camps.

"Your conduct in the past few days has gone in precisely the opposite direction," Sanchez said in the letter.

Spanish media reported that Torra tried to talk to Sanchez by telephone on both Saturday and Sunday, but was rebuffed.

Torra said in a statement at the weekend he had always condemned violence and criticised the prime minister for shunning dialogue.

Sanchez will visit police officers injured in the protests and meet with security forces in the region, the government said. The interior ministry said on Sunday that 288 police had been hurt in the clashes and 194 people arrested.