More than 5,000 people took part in a solidarity demonstration in Palma yesterday to protest against the sentence handed down to Catalan Leaders last week.

The march was organised by the Balearic Cultural Work, the Sobiranista Assembly of Mallorca, Més and Esquerra Republicana de Catalunya and other independent entities. 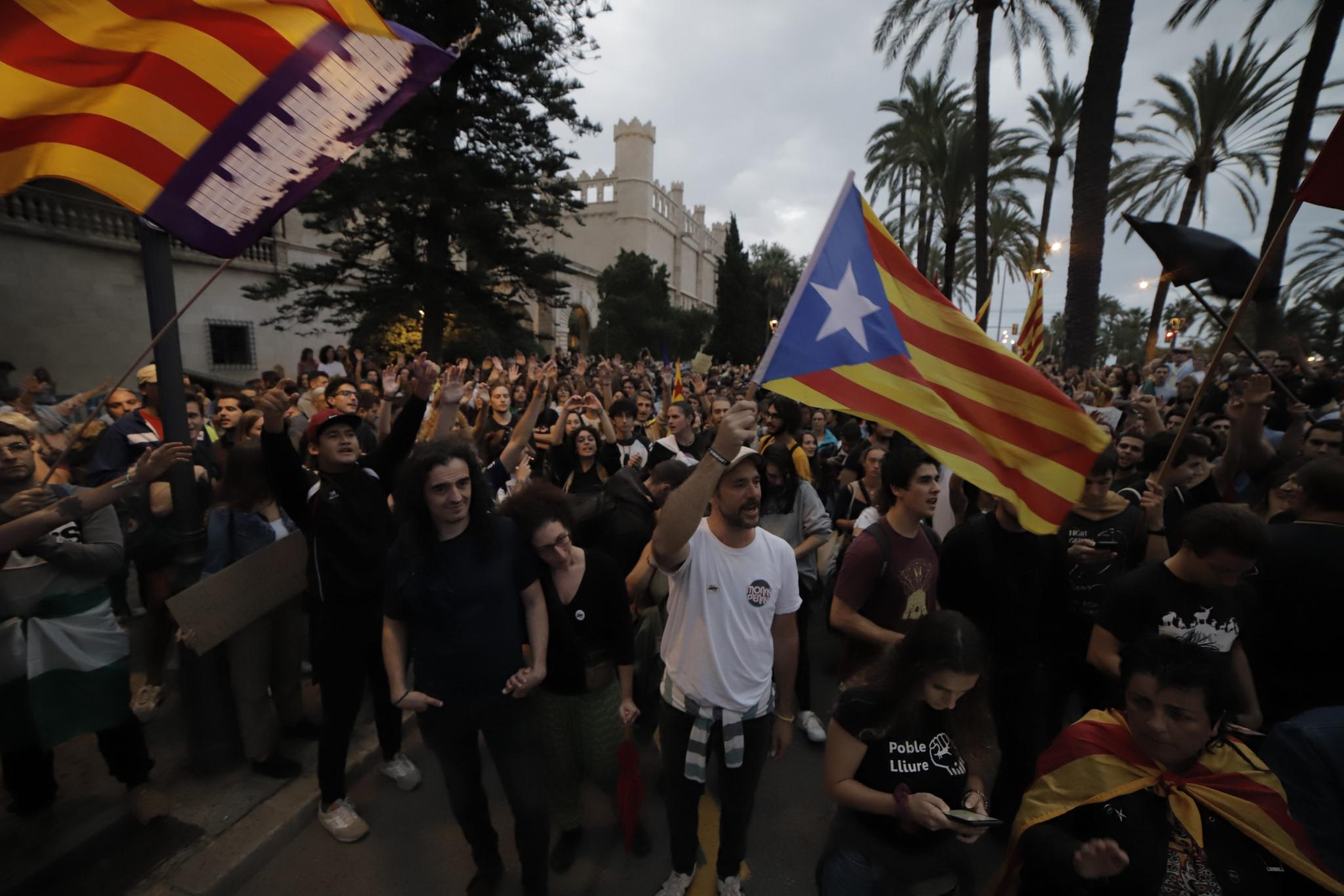 The demonstrators marched down Passeig des Born to the Consolat de Mar shouting slogans like, ‘The Streets Will Always Be Ours’, ‘The Only Violence Is The Police’ and ‘The Only Terrorist Is The Capitalist State’. There was a large police presence at Government headquarters to stop protestors spreading onto the Paseo Marítimo and disrupting traffic.

The organiser’s manifesto was read by journalist, Glòria Franquet.

"We express our rejection of the ruling of the Spanish Supreme Court that condemns 100 years in prison and disqualification of imprisoned politicians and endangers the rights to dissent, demonstration and freedom of thought,” she said. “The sentence is a revenge of the powers of the State, which were overwhelmed during the 2017 self-determination referendum, the day we will always remember, the day the state showed its darkest face with police brutality in response to exercising a human right,” she state. “Two years later, the powers of the State have not yet condemned the violence and refuses to investigate it,” adding that “the sentence is an attempt to send a message to citizens who think differently. We have to say loud and clear that we are not afraid. We will continue to take to the streets demanding the freedom of all political prisoners and the free return of exiles.” 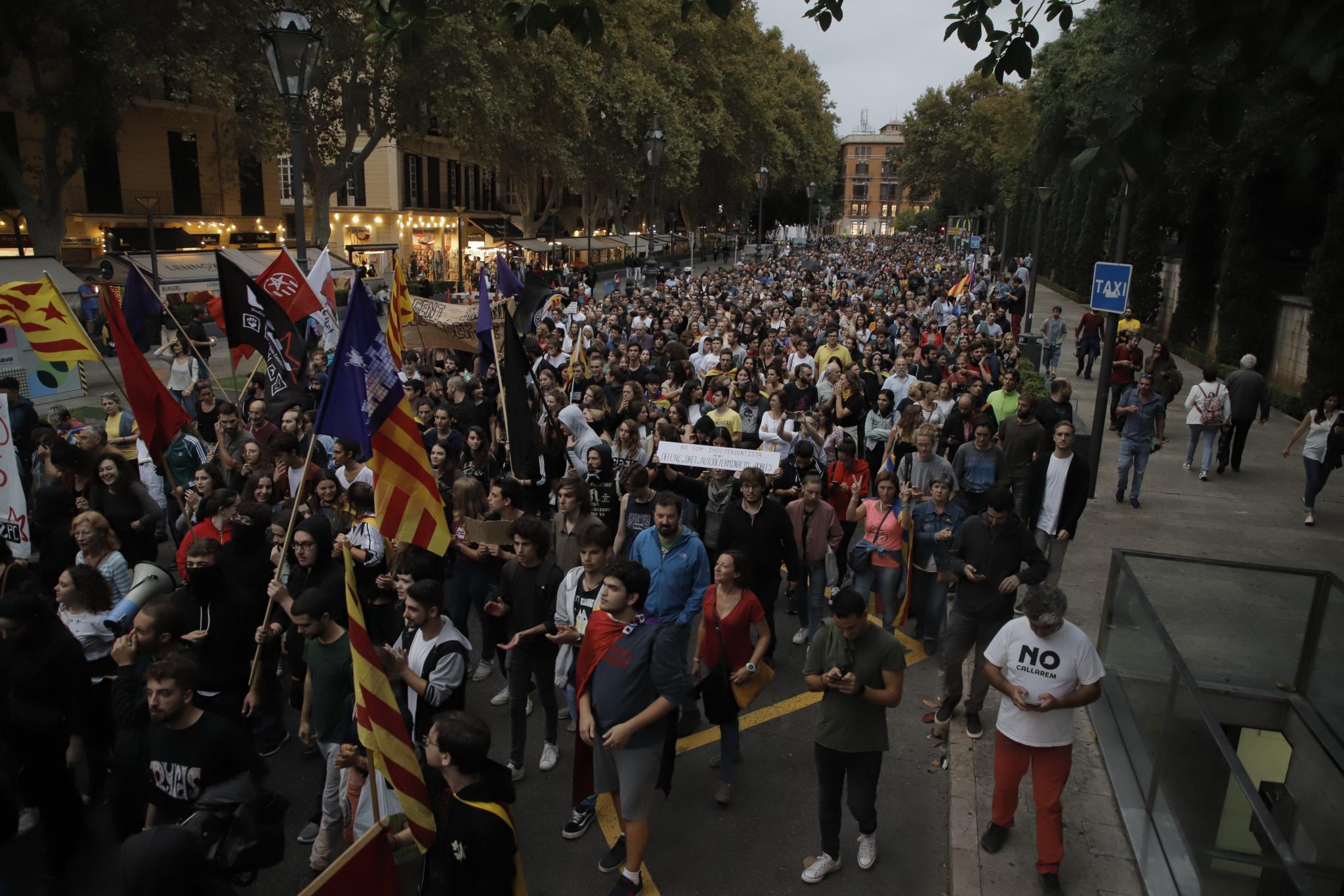 "Provisional seizure" of yacht in Palma